Every Friday through April, join the Problems in Complex Disease Biology Colloquium Series.

On March 19, Mihai Netea, MD, will discuss the concept of trained immunity in his lecture titled "Trained Immunity: A Memory for Innate Host Defense.”

Innate immunity and its role in immune regulation and host defense has become a leading theme for immunologists interested in both healthy and disease-driven responses. The scope of innate immunity widens as novel cell types and molecular processes are included in the innate toolbox, and the increasing knowledge of the microbial world's ability to modulate disease trajectories provides a compelling rationale to characterize the inner workings of the innate immune system.

Despite these advances, the guiding principles of innate immunity, particularly its ability to rapidly detect and respond to fentomolar amounts of microbial signals, seemed to be clearly established. Being germline-encoded and thus free from the vagaries of the on-demand genetic rearrangements that mark adaptive immunity, innate receptors are shaped by evolution to ensure that innate recognition be directed toward invariant microbial targets. On the downside, these germline-encoded innate receptors cannot provide long-term immunological memory; the process of self/non-self discrimination is not stored in rearranged genomes that rapidly expand in the face of renewed insults, but needs to restart at every encounter.

Dr. Netea was the first to propose a fundamentally new concept, which he named "trained immunity” to refer to a de facto innate immunological memory that is characterized by a heightened reaction to secondary infections or sterile triggers of inflammation based primarily on epigenetic, rather than genetic, mechanisms. Trained immunity is transforming immunology because it is blurring the boundaries between innate and adaptive responses and their molecular underpinnings. Moreover, looking at disease trajectories and therapeutic opportunities through the lens of trained immunity is providing unexpected insights with basic and translational implications. 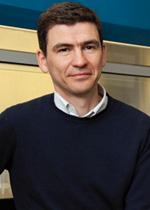 Submit to Calendar All Events All Grand Rounds