Health Sciences experts in a variety of fields are part of an international movement to encourage girls and women to enter STEM fields.
February 10, 2022 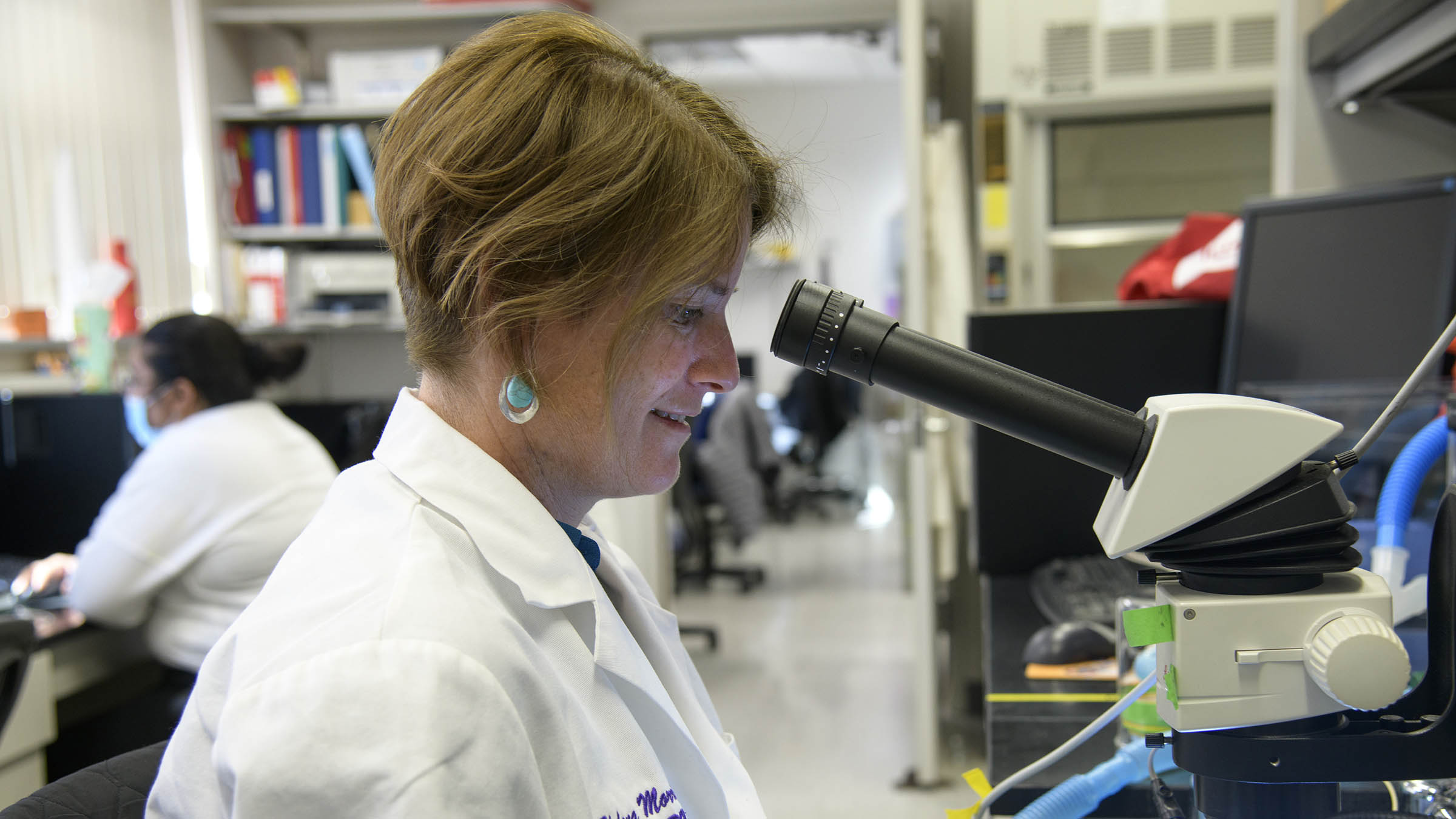 Helena Morrison, PhD, RN, associate professor at the College of Nursing, is passionate about keeping girls and young women interested in science, capturing their interest with pipe cleaner crafts at the Tucson Festival of Books.

The saying “you can’t be what you don’t see” from the documentary “Miss Representation” was meant to bring attention to the dearth of female role models for women in computer science. The same could be said about the situation for women in other hard sciences or on the path to a career in medical or nursing research. 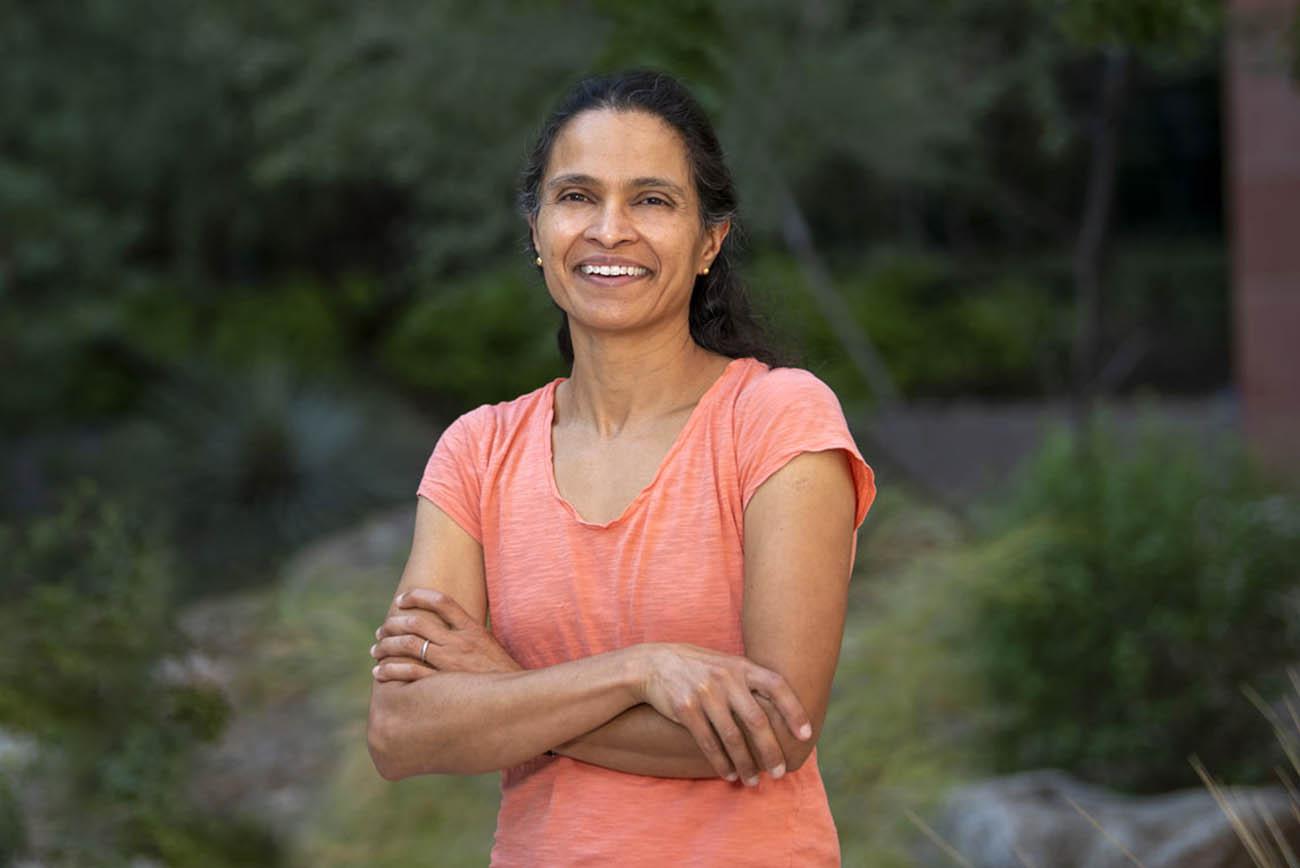 To bring awareness to closing that gap, the United Nations declared Feb. 11 the International Day of Women and Girls in Science. For some UArizona Health Sciences researchers and students, every day is the day of women and girls in science through their participation in the KEYS Research Internship and other campus outreach programs. Engaging girls in science, engineering, technology and math when they are young and encouraging them as they hit middle and high school is a big step toward keeping the women-in-STEM pipeline flowing.

“Girls and women should be involved in every aspect of society, including the health sciences,” said Anita Koshy, MD, associate professor neurology and immunobiology at the UArizona College of Medicine – Tucson and a member of the BIO5 Institute. “How else do we as a society benefit from the full range of skills and insights that is out there? Unfortunately, as women enter a space, you see it devalued. You see this in medicine as more women who are MDs, PAs and NPs enter the workforce. Frustrating, but a really important reason why we need women at the very top of every power structure.”

Community outreach initiatives that make science fun is one approach to bringing more women into science fields. For Helena Morrison, PhD, RN, associate professor at the College of Nursing, it starts with pipe cleaners.  “I have a booth at the Tucson Festival of Books and I bring pipe cleaners. Kids can make brain cells with those pipe cleaners,” she said. “I also give out stickers to anybody who wants them that say, ‘Be a nurse, be a scientist.’ That way you start engaging young minds with the idea that nursing is also science.”

Dr. Morrison goes beyond handing out crafts. She wants young girls and women in her lab. She works with the Pima JTED Career and Technical Education District to provide lab experiences for teenagers, particularly girls, interested in careers in science. She is especially excited to show them that nursing is more than bedside care; it involves science as well. 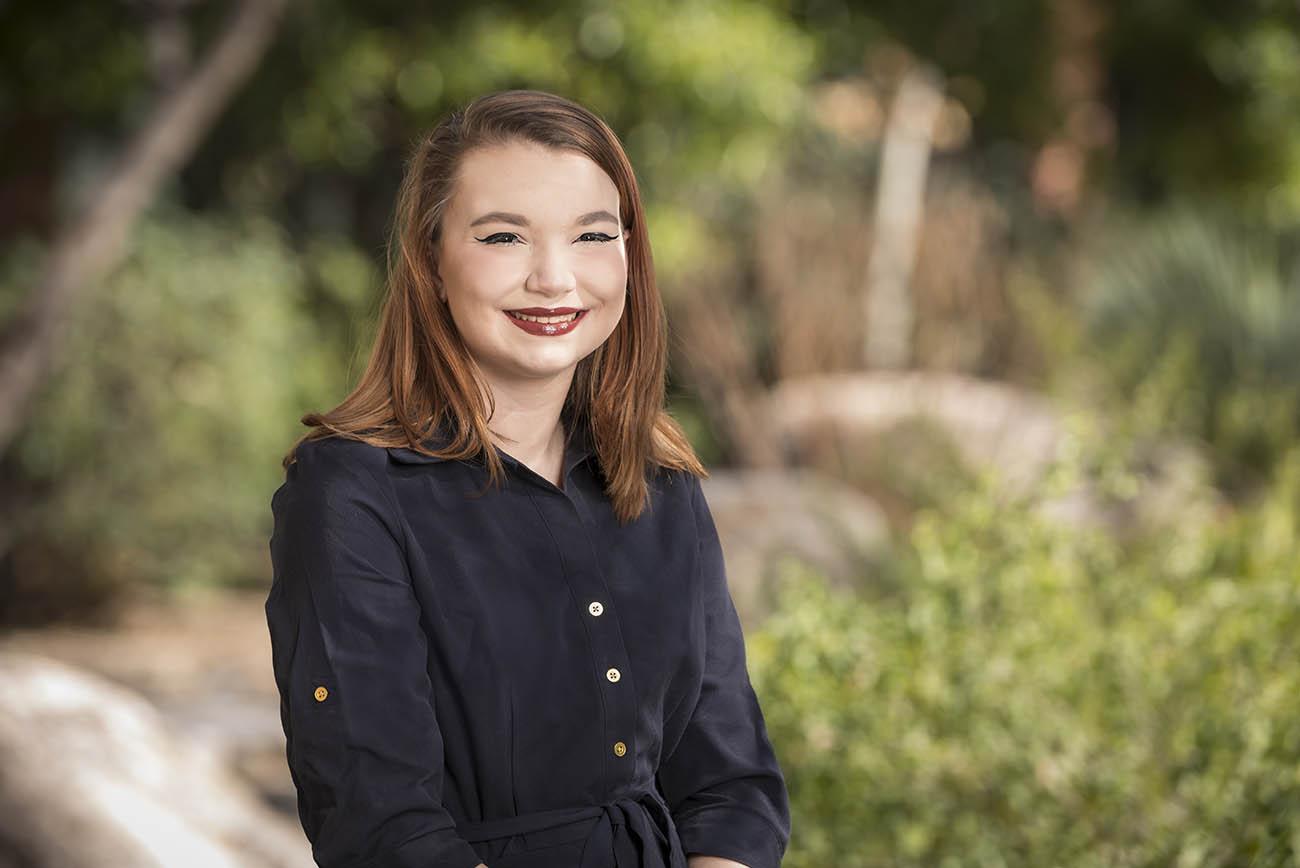 “My goal in bringing students into the lab is to provide a lot of experiences for them, the kind that won’t turn them off to science,” she said. “I tell them this is what I do for science. But if it’s not engaging you, go find a lab that engages you to be curious.”

In KEYS, young people from around the state have the opportunity to engage in hands-on research in laboratories across the university, often with Health Sciences experts. “They're at the bench working side by side with researchers in the lab,” said Kelle Hyland, program coordinator for KEYS. “They typically work on an existing piece of research that is being conducted in that lab. We have had a couple of interns who were given the opportunity to design the project they wanted to work on, and the labs were really open to it. That's exciting for them, because they get a little bit more input into what they exactly want to learn and do.”

“It's not just about consuming knowledge. If you want to develop the new knowledge, that's what makes you a scientist.”Helena Morrison, PhD, RN

Jordan Pilch, a UArizona senior dual major in molecular and cellular biology and microbiology, has been involved with KEYS since 2017, when she was a high school junior. “I heard about it in 2016 from a friend who did the program. And when I heard what she was doing, I said, ‘That's it, I have to be part of the KEYS program.’”

Pilch said she always had an interest in science, wanting to be a paleontologist until she was about 15. “I had taken honors biology in 10th grade, which basically was the only science class that I had taken up until that point. I was interested in molecular and cellular biology. I found biogenetics to be something really cool to me; I liked looking at all the different processes and pathways, all of the biochemical tests of microbes. But I hadn't done anything like KEYS.”

That experience prompted Pilch to reconsider her future and put her on her current academic path.

In addition to the excitement of discovery, KEYS participants learn something that is becoming increasingly important today: science literacy and how to share that knowledge. “How do we take what we are working on and turn it into something that someone like my grandmother, who has no idea what any of these words mean, understands?” Pilch said. “How do we translate this high-level concept into something that others can understand? This is really fascinating to me and something I absolutely enjoy doing.” 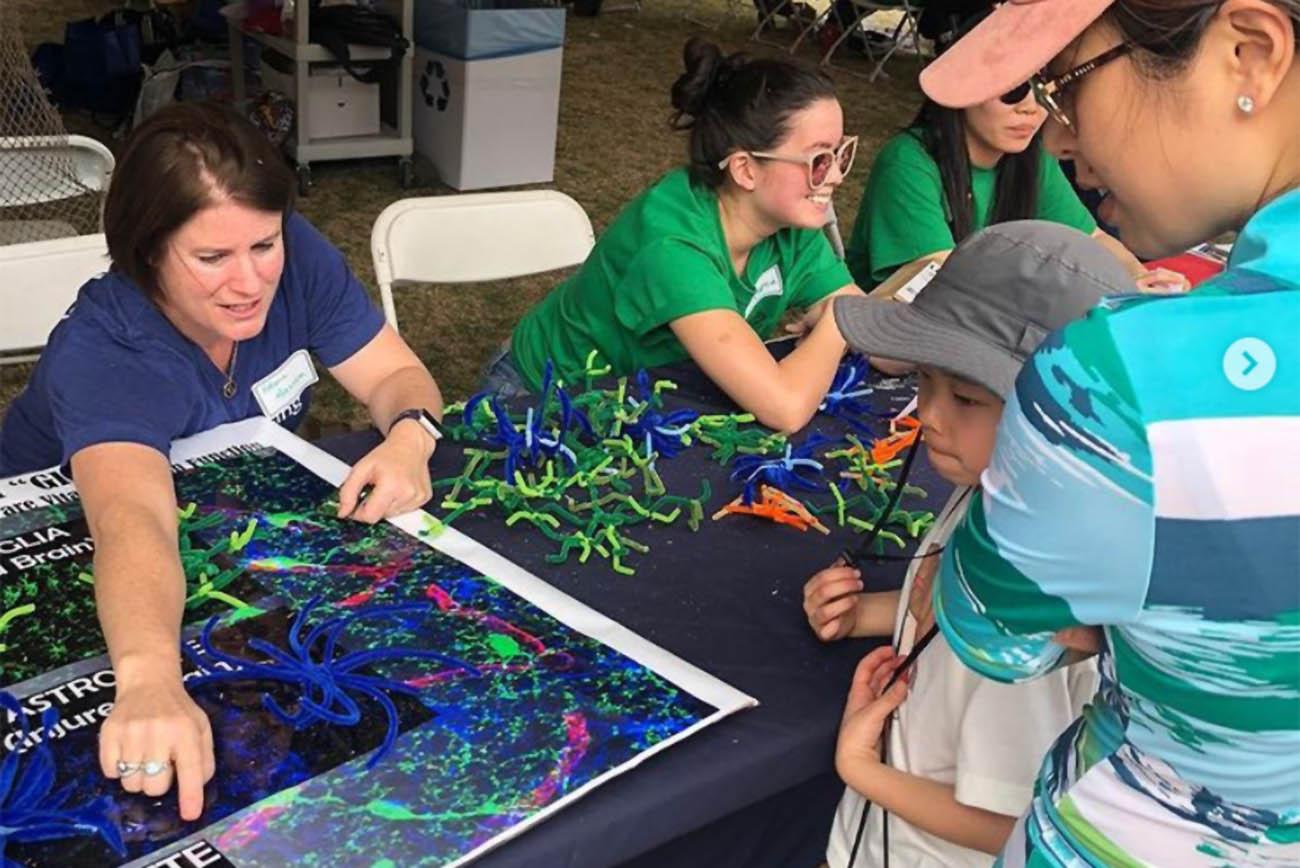 The opportunity for mentorship – to see other young women as well as more experienced women in the same field or showing the same passion for science – is yet another opportunity to encourage girls and women in science. It also is a confidence builder.

“Probably one of my biggest takeaways from KEYS is definitely the growth in my confidence,” said UArizona junior Alexis Cruickshank-Taylor, who is studying biochemistry with a minor in pharmaceutical science. “In high school, I definitely considered myself a very shy person. Something special that I got from KEYS was having the experience of presenting. As a KEYS student assistant, I get to continue working on the professional side of presenting and communicating, through recruitment for the program. Overall, KEYS has helped to develop my confidence.”

Building that confidence also means building a desire to ask yourself questions, Dr. Morrison pointed out. “You want to know why you’re supposed to do something, how it evolved and what’s the next step,” she said. “But if you're that one person who wants to know more, and then wants to be a change agent for developing new knowledge, that’s great. It's not just about consuming knowledge. If you want to develop the new knowledge, that's what makes you a scientist.”

Faculty say that opportunity can be the difference between finding a transformational discovery, and not even having the chance. There are no limits.

“There are so many ways to be part of science,” Dr. Koshy said. “You don’t have to be a professor or a doctor. You can be a science writer. You can raise kids who are interested in science. Education is never a waste, so no one should feel bad about having a goal and then being diverted. Make good choices that are about what you want out of life.”

Solid advice for anyone, and especially for girls with an interest in STEM.