From Field Research as a Teenager to Brain Researcher at CIBS

Dr. Rodgers’s life-long passion for discovery leads her to inspire underrepresented groups to pursue the joys of scientific investigation.
November 29, 2021 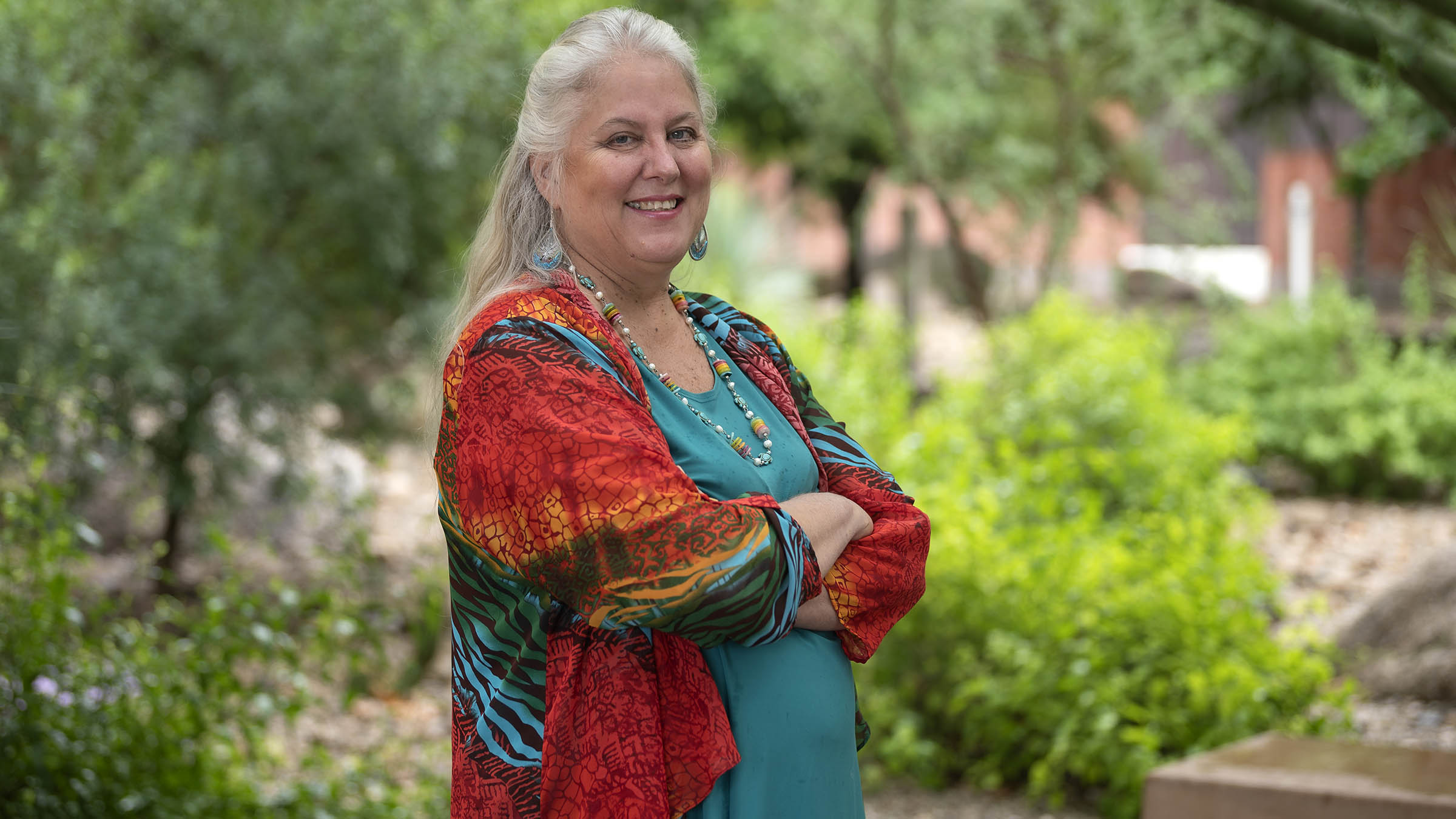 Kathleen E. Rodgers, PhD, professor of pharmacology and associate director of Translational Neuroscience at the University of Arizona Health Sciences Center for Innovations in Brain Science (CIBS), holds more than 50 U.S. patents, has six drugs in discovery and development, has founded four companies, and has authored nearly 200 scientific papers.

From Field Research as a Teenager to Brain Researcher at CIBS

Getting her hands dirty in the outdoors in middle school lit a fire in Kathleen E. Rodgers, PhD, professor of pharmacology and associate director of Translational Neuroscience at the University of Arizona Health Sciences Center for Innovations in Brain Science (CIBS).

An adventurous educator in her hometown of La Palma, Calif., took Dr. Rodgers and other 13- and 14-year-old students to the spot where Franciscan monks were thought to have crossed the Colorado River in 1776. The students slept in tents, translated Spanish-language diaries and staked out the site. They discovered the exact crossing was unknown due to the river moving over time. 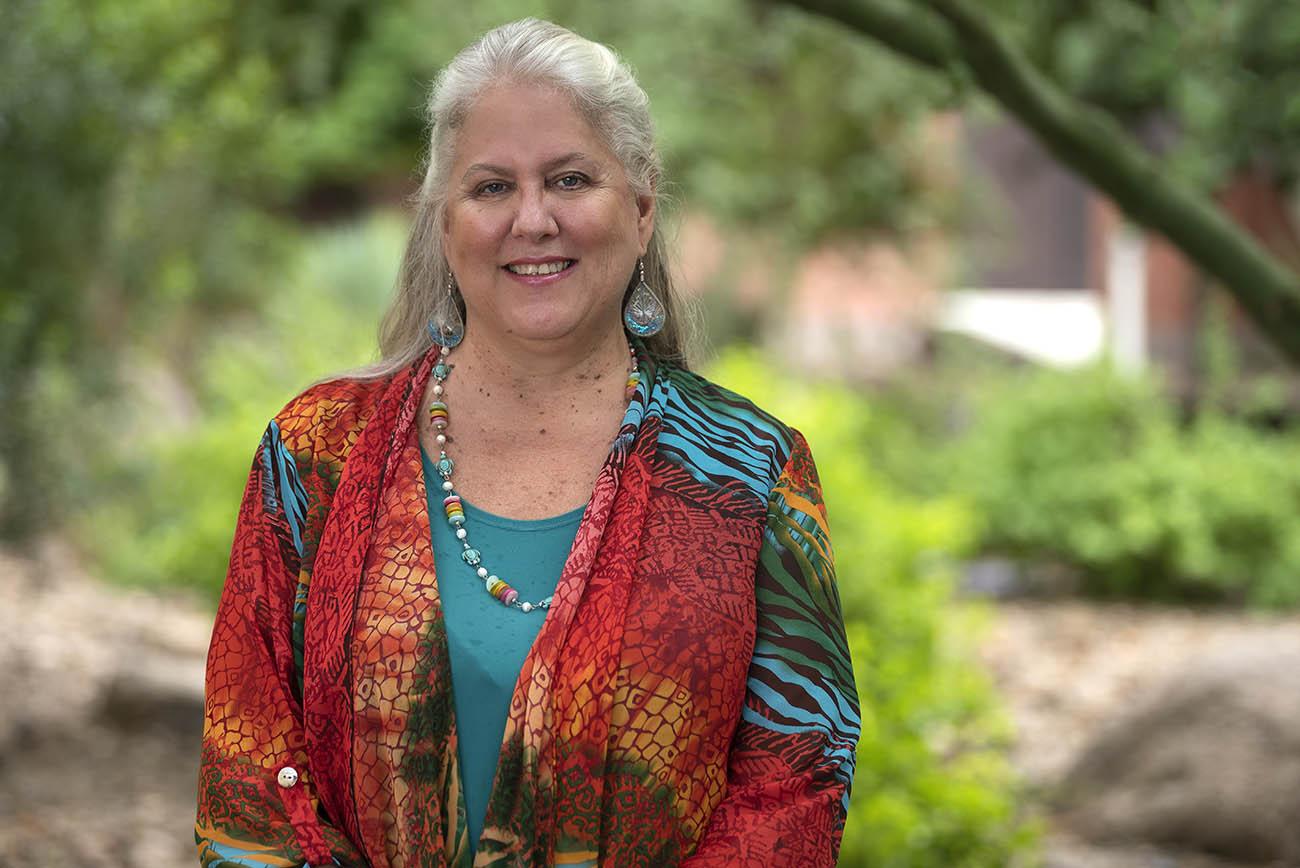 “Having a teacher who took young inquisitive minds and said, ‘You can do something practical with this,’ is where I started,” Dr. Rodgers said.

Whether studying science or history, or spending time with her dad researching the history of her great-great-grandfather Robert Havlin Paul, Pima County sheriff in the 1880s – knowledge-seeking has been a constant in Dr. Rodgers’ life.

Today, the UArizona Health Sciences researcher holds more than 50 U.S. patents, has six drugs in discovery and development, has founded four companies, and has authored nearly 200 scientific papers. At CIBS, she is dogged in her pursuit of therapies to prevent, cure or slow down age-related neurodegenerative diseases. She is devoted to training students how to do research, specializing in moving potential therapies into clinical trials so drugs can reach patients more quickly.

She also is passionate about bringing science to Diné (Navajo) students, a community she has supported with her husband Ron for decades, and which she believes in empowering through science.

In 2019, she launched the Undergraduate Readying for Burgeoning Research for American Indian Neuroscientists (URBRAIN) program, which seeks to build research university educational opportunities for students at Diné College on the Navajo Nation in northern Arizona. It also brings students to UArizona Health Sciences to spend time in labs, become fluent in scientific language, engage with mentors and to stoke their dreams of becoming scientists. 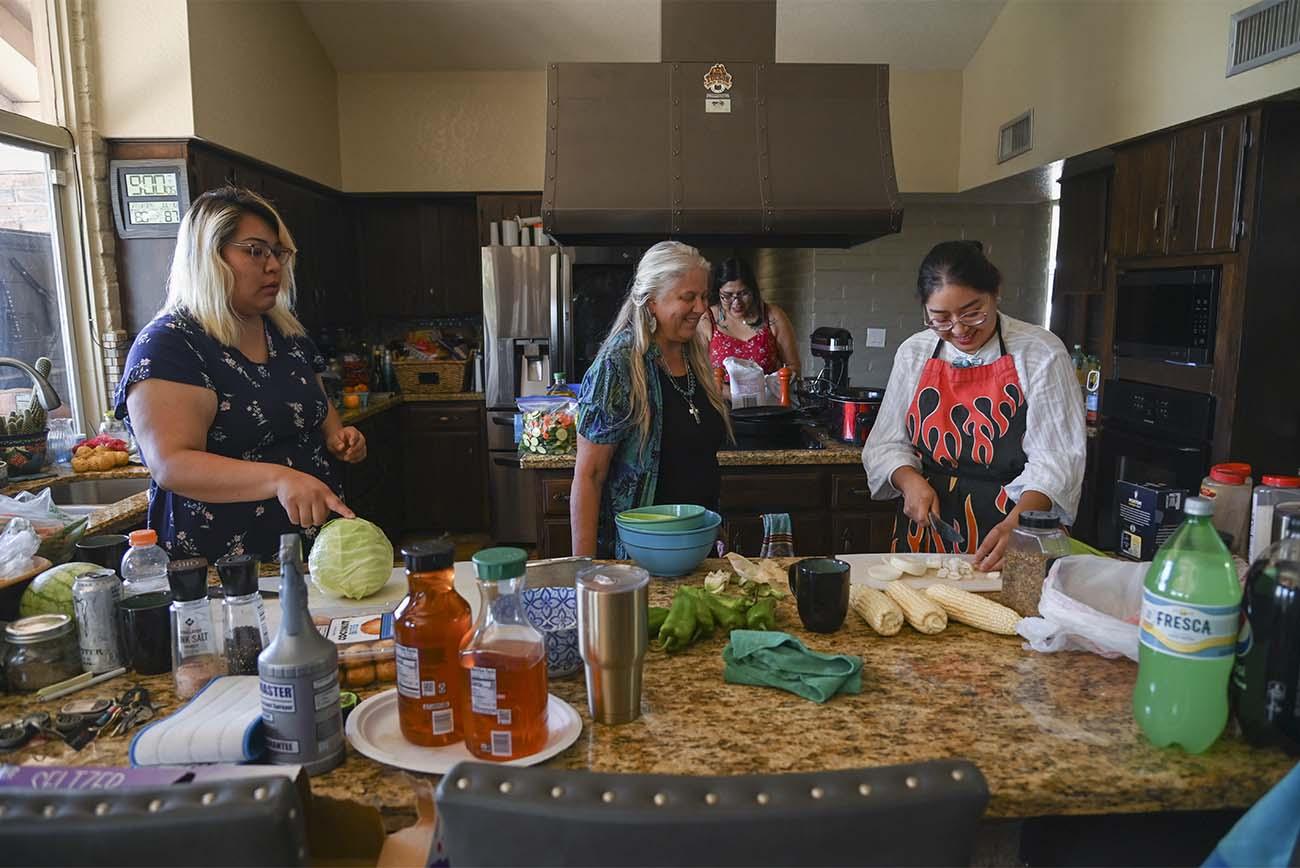 Asked about her motivation for building the program, the answers bubble up effortlessly: There’s a need. There’s little access for students on the reservation to pursue advanced degrees. Science benefits from inclusion. Science needs a diverse workforce and diverse leaders.

At the heart of the project is something simple – she deeply enjoys it. “What’s not to love? Look at them; they are so much fun,” she said recently on a URBRAIN program side trip to Mt. Lemmon with the students, where they rode up a ski lift to the top, plucked flowers, took photos and told stories.

Though she wears bright colors and bold jewelry, Dr. Rodgers leans toward introspection. As a high school student, she shied away from popular circles and lost herself in books, experiments and solving puzzles. She credits her husband, a builder and her high school sweetheart, with bolstering her inventive career. That partnership also has nurtured three children, four grandchildren, a love of the outdoors, horses, and helping others.

“I’m so abstract in my thinking and he’s so concrete in his thinking that between the two of us, we make a whole person,” she said, joking about how he picks out her clothes, and tile and paint colors for their kitchen, activities he enjoys but which she says overwhelm her.

“Having a teacher who took young inquisitive minds and said, ‘You can do something practical with this,’ is where I started.”Kathleen E. Rodgers, PhD

He also posed the question that channeled her into the right career, she says.

In 1980, after Dr. Rodgers received her bachelor’s degree in biological sciences from the University of California Irvine, their first child was born. Dr. Rodgers decided to take a break between undergraduate and medical school to care for him.

“Do you know you can affect millions more people by doing research than by going to medical school?” Ron asked her at the time. That question shifted her focus, and a life of research began.

She received her PhD in 1984 at the University of California Riverside, and after a postdoctoral fellowship in 1988, she took a position at University of Southern California. There she focused on developing therapies using peptides previously thought to be inactive in the body, but which in fact stimulate regeneration and reduce inflammation and oxidative stress. This work has defined her career.

During her first clinical trial, she tested a peptide-based drug to reduce blood problems from cancer therapy. The drug was found to be effective with the unexpected side benefit of reducing hair loss.

“This turned out to be very important to female patients because that's one of the most psychologically impacting things about cancer treatment,” Dr. Rodgers said. “Patients feel they’ve lost part of their womanhood and their beauty.”

Her next trial tested a drug to heal diabetic ulcers. If ulcers don’t heal, they become infected, which leads to amputation and a low life expectancy, she said. A man in the clinical trial who had been told he’d need an amputation in six months, healed four weeks into using the drug. 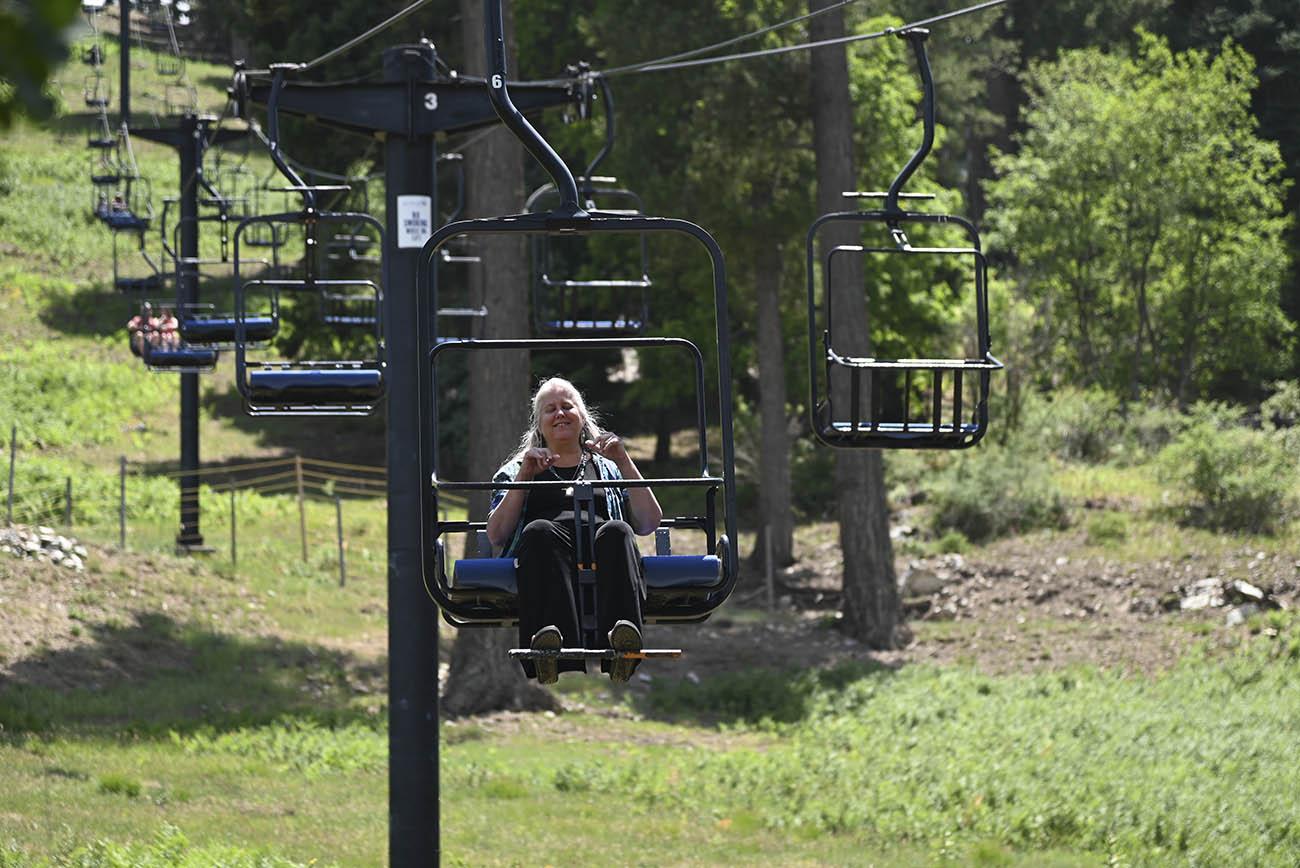 “To be able to have that kind of outcome in an individual person, that's what I want to do,” she said of her thinking at the time. That feeling still drives her.

She spent 30 years at USC, overseeing clinical trials and launching companies to help get drugs to market. While running those companies, where she learned about manufacturing and designing clinical trials, she continued her work in academia in the hopes of helping others bring their ideas to market.

Then, a serendipitous encounter changed her future. Across the hall at USC, Roberta Diaz Brinton, PhD, now the director of CIBS, a Regents Professor and a professor of pharmacology and neurology at the College of Medicine – Tucson, had spent years studying drug therapies for neurodegenerative diseases. While Dr. Rodgers specialized in metabolic diseases and Dr. Brinton, in neuroscience, the two began collaborating on the complex work of getting drugs into clinical trials, a specialty for Dr. Rodgers, a toxicologist.

In 2016, after 28 years, Dr. Brinton left USC for UArizona Health Sciences to launch CIBS, a center for research focused on finding cures for neurodegenerative brain diseases including Alzheimer’s, Parkinson’s, multiple sclerosis and ALS. 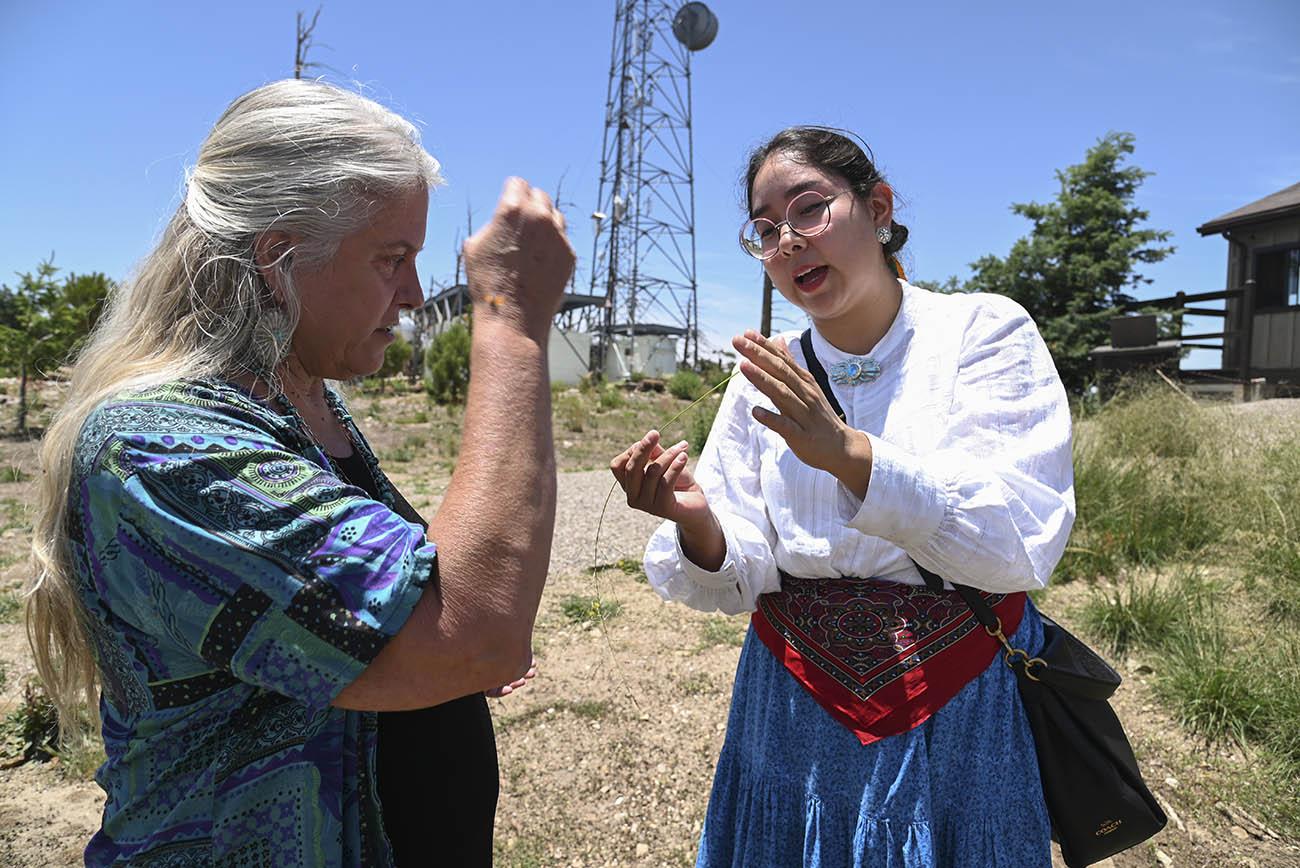 She has focused her work on designing, conducting and supporting clinical trials through first and second phases, and then handing them off to private industry in Phase 3, at which point they involve millions of dollars and thousands of patients across multiple countries.

The collaboration she has experienced at CIBS has allowed her to expand her reach.

“We have statewide meetings where any researcher interested in these diseases can attend and share,” she said of the collaboration within Arizona. “What’s really going to make a difference is that we share ideas and cooperate, that we channel our intellectual power.”

This collaboration is a hallmark of Dr. Rodgers’ approach.

At the end of the Diné student program this summer, she hosted a dinner for students, their mentors and fellow faculty at her home on the east side of Tucson. Students prepared mutton stew and fry bread. They gathered around the sprawling property with its stables in the back and large saguaros standing as sentinels. They all shared, laughed and broke bread. Talking circles also were part of the summer experience, a place where students could discuss in private any question without judgment.

It's an approach she has brought into her research, she says.

“It’s how I run my lab,” she said. “It’s not a talking circle per se, but we do have very open communication in my lab because I don't want anything festering. I'm friends with most of my students, too, and I think that's important because there are a lot of struggles they experience, and there's a lot of need for trust. At some point, I'm going to need to redirect someone, and there has to be trust.”