Realizing her accomplishments represent a lot to others, the R. Ken Coit College of Pharmacy associate dean learned to embrace her role in the spotlight.
September 19, 2022 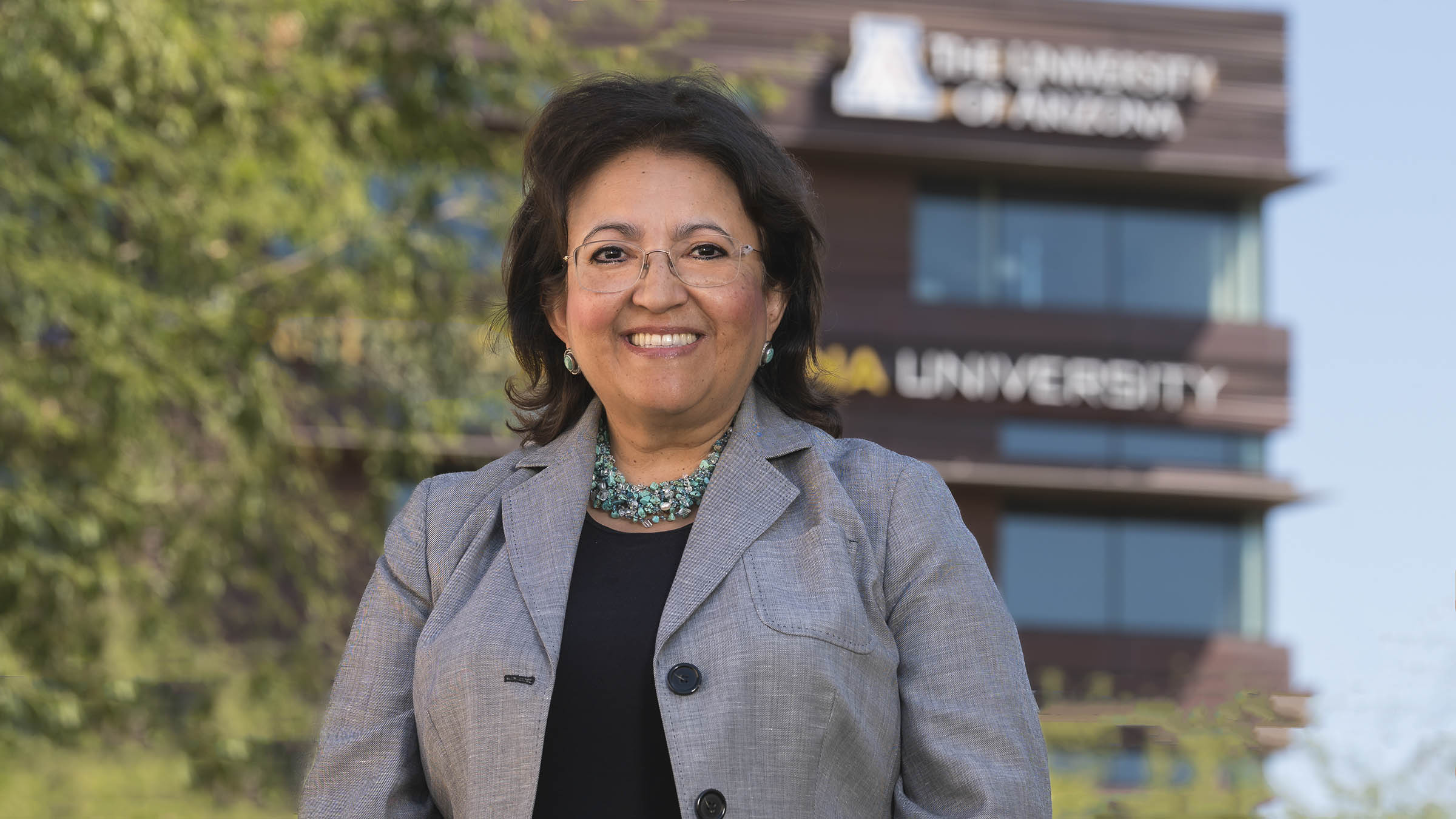 Nancy Alvarez, PharmD, BCPS, has had a wide and varied career – from community pharmacist to call center director to pharmaceutical company executive to academia.

Nancy Alvarez, PharmD, BCPS, has done a lot of rethinking about her role as a pharmacy industry trailblazer. 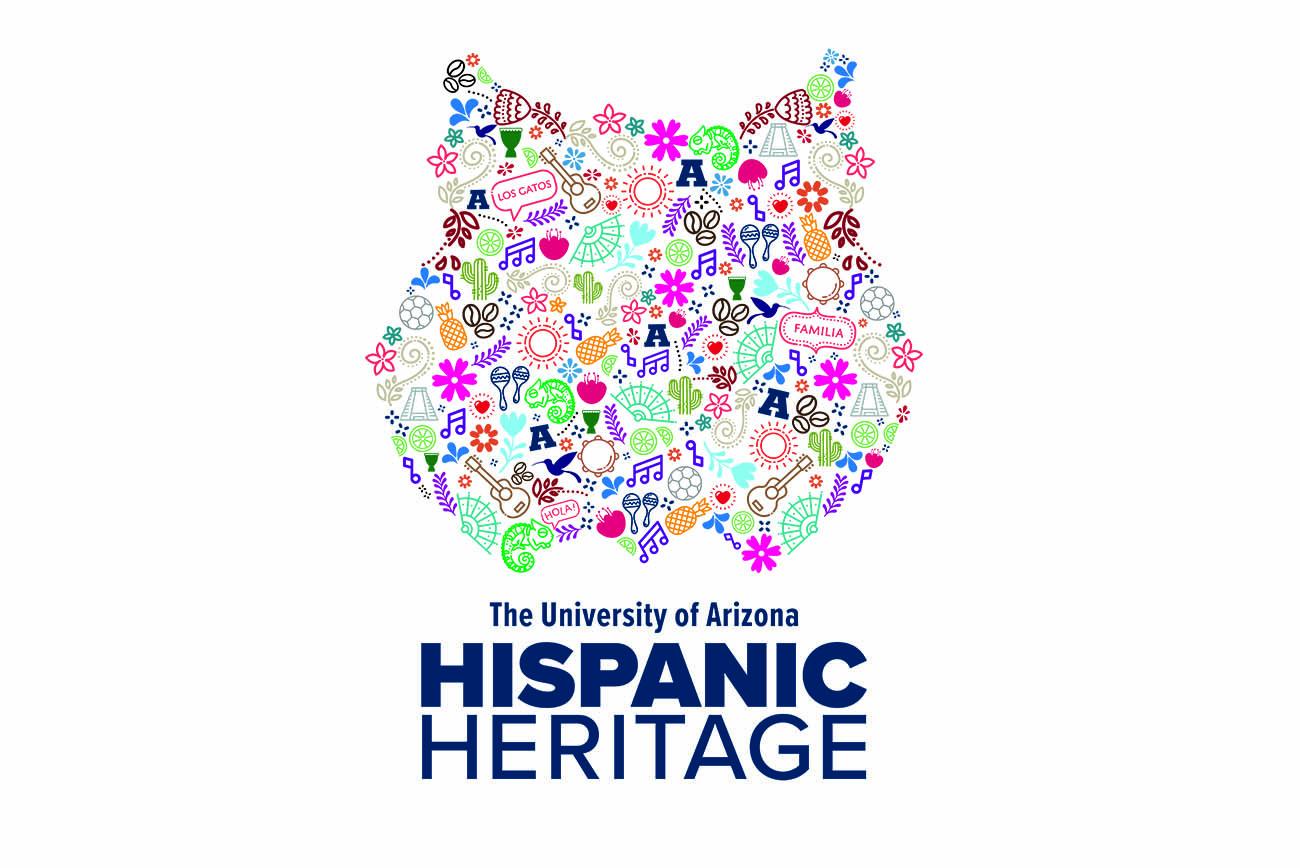 As a Hispanic woman, her self-reflection mirrors shifting societal factors from her childhood to her first job as a community pharmacist in west Phoenix to her role today as an associate professor and associate dean for academic and professional affairs at the University of Arizona R. Ken Coit College of Pharmacy’s Phoenix campus. She said she always wanted to be recognized for being good at what she does rather than for being Hispanic or a woman in her job.

“My views on that are evolving,” said Dr. Alvarez, who is also the college’s director for diversity, equity and inclusion and, until recently, faculty advisor to the National Hispanic Pharmacists Association student chapter, along with Alejandro Vazquez, PharmD.

“I never looked at it as, ‘Gee, I don't see anybody that looks like me.’ That never entered my brain. I recognize that’s very important for others today. Just because it wasn't my experience, doesn’t mean it shouldn't be theirs. In the learning that I'm doing, I can see that it is important to people that health care professors and providers look like them, too.”

Taking the long and winding road

Her path to academic pharmacy was not a straight line.

As a child and through her young professional life, her persona was tied to a strict traditional Hispanic upbringing where she avoided drawing attention to herself. She was taught not to ask for anything, work hard for everything and, if she got recognition, it was because it was earned.

That philosophy was engrained in her by her mother, a Mexican American housewife, and stepfather who assumed the role of father for her and her sister. He is a former migrant farm worker who served in Korea, attended community college and worked at the telephone company.

“My father knew that education was important, and he used to always talk about reading, writing and arithmetic as being the only things that should be important to us,” Dr. Alvarez said. “And that responsibility, obligation and commitment were the tenets by which we needed to live.”

“I can see that it is important to people that health care professors and providers look like them, too.”
Nancy Alvarez, PharmD, BCPS

She was very good at school and quickly outpaced her parents’ and extended family’s ability to assist her with homework.

“I began to feel like I didn't really fit within my family because I couldn't rely on anybody to help me. And because I did well, it was always, ‘Oh, you'll be fine. You have always done fine,’” Dr. Alvarez said. “It was very lonely.”

At high school graduation, her straight As earned her a scholarship to any state college or university.  She leaned toward Glendale Community College until her tennis coach convinced her the opportunity to go to one of the state’s four-year universities shouldn’t be squandered.

“‘Don't do that to your parents,’ is what he told me. ‘Don’t pass up this chance.’ I think I just really wanted to dim my own light. I just didn't want to stick out so much,” she said. “There's a quote by Marianne Williamson that talks about what we fear is our power. We're not afraid of the dark really. We're afraid of the light. That really resonates with me.”

So she went to Arizona State University, rode buses for two and a half hours from the west side of Phoenix to Tempe and back, and worked evenings at a department store. Then, her father told her about one of his coworkers whose sister became a pharmacist.

“He said, ‘Well, if she could get through pharmacy school, I know you could do it with no issues.’ So, I was like, ‘OK, I'm going to pharmacy school.’ That became my sole goal.”

When she graduated, her parents gave her a colorful serape trimmed to wear as a sash. She refused to wear it because she didn’t want to stand out. She just wanted to assimilate, be part of the group, she said.

“I tell you I have lived a blessed life in that I've had no regret except that,” Dr. Alvarez said. “And I knew as soon as I gave it back to my dad that I hurt them beyond belief. I know that. It even makes me teary to think about it.” 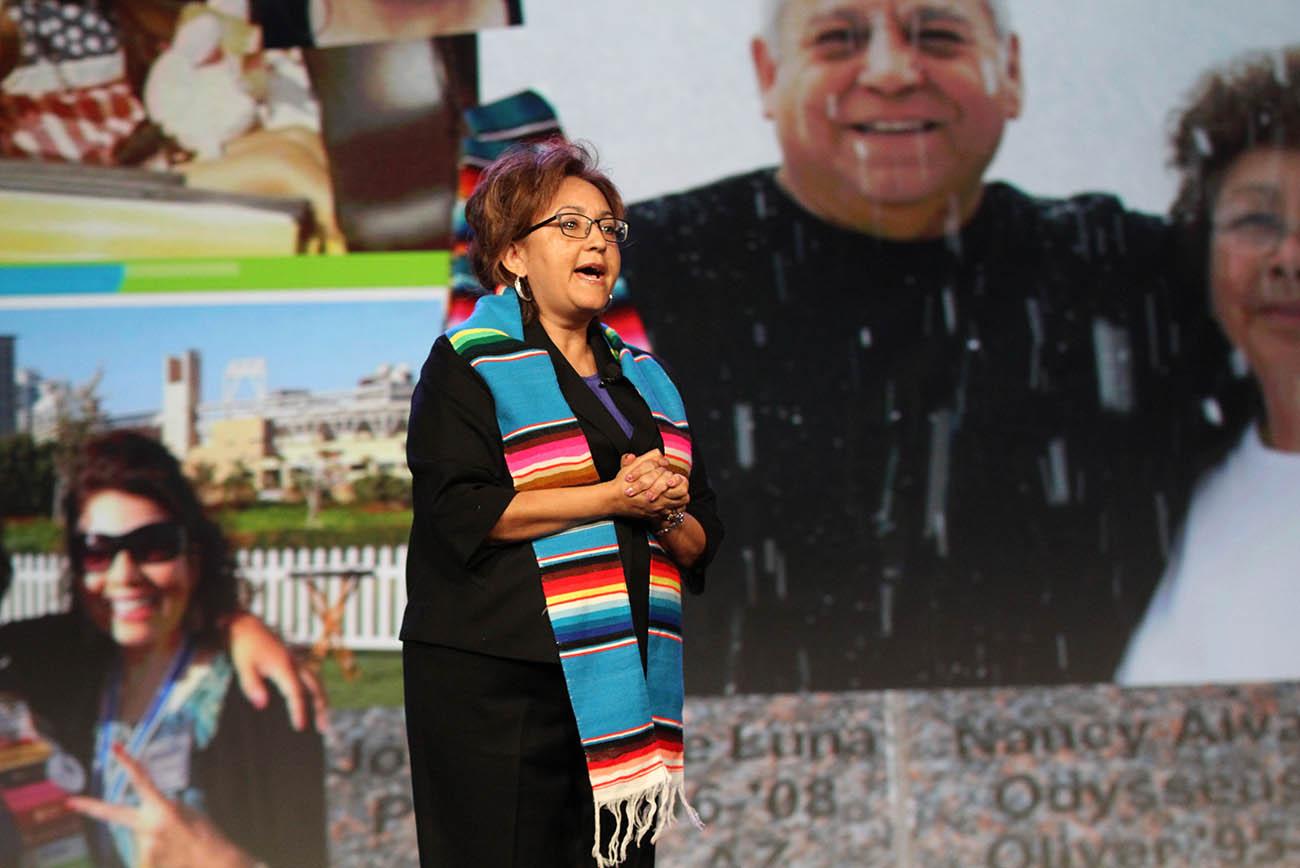 After graduation, she had visions of residency training in association management and maybe a career with a pharmacy association in Washington, DC. Those goals faded when her parents asked her to stay in Phoenix. Her father had tapped into his 401K to finance pharmacy school, and her parents hoped she could stay and help them. So Dr. Alvarez put her dreams on hold and stayed.

She worked for Walgreens as a staff pharmacist, then a pharmacy manager. She joined the Arizona Pharmacy Association (AzPA), served on committees and went to the national American Pharmacists Association (APhA) conventions, serving wherever she could. In 2017, she was the first Hispanic woman elected as APhA president.

She made up for the slight to her parents by wearing the serape when she was inducted as APhA president, with her parents there.

After five years at Walgreens and with multiple offers from people she met through AzPA and APhA, she decided to branch out. She joined then start-up Hospice Pharmacia, which needed a site director in Phoenix, and began to focus on optimal medication use for people at the end of life, including for pain management. She later moved to Philadelphia as vice president in charge of the firm’s call center and then later education as vice president of professional development.

In 2001, she joined Endo Pharmaceuticals (now Endo Health Solutions), a pharmaceutical company near Philadelphia, and worked in a variety of medical affairs roles before being recruited by California’s Chapman University in 2013. There, she helped launch a new college of pharmacy as assistant dean of education and continuing professional development, then served as assistant dean of professional and external relations and strategy.

That same year, Dr. Alvarez funded an APhA award in her parents’ name, the Juan and Esperanza Luna Scholarship, because she views APhA as her “silent mentor.” Every year, she and her father go through the list of applicants and rate the candidates. Recently, he caught her while she was driving and said he had an epiphany.

“He said, ‘All of a sudden, it occurred to me that they are you.’ And I was like, ‘Huh?’ And he says, ‘All of these years, your mother and I have said we don't understand any of what you're doing. You tell us all this stuff, and we don't have an appreciation for it,’” Dr. Alvarez related. “Then he added, ‘I don't know what it is about this year that I was reading these essays and letters of recommendations, and it occurred to me that you were one of them 25 years ago. That’s all I wanted to say.’

“My eyes teared up, and I could hardly even see. And I thought, ‘Oh, my goodness, wow.’”