Transforming History Toward the Future

A newly renovated pharmacy museum has interactive exhibits for all ages, putting pharmacy and health sciences history in perspective.
October 27, 2022 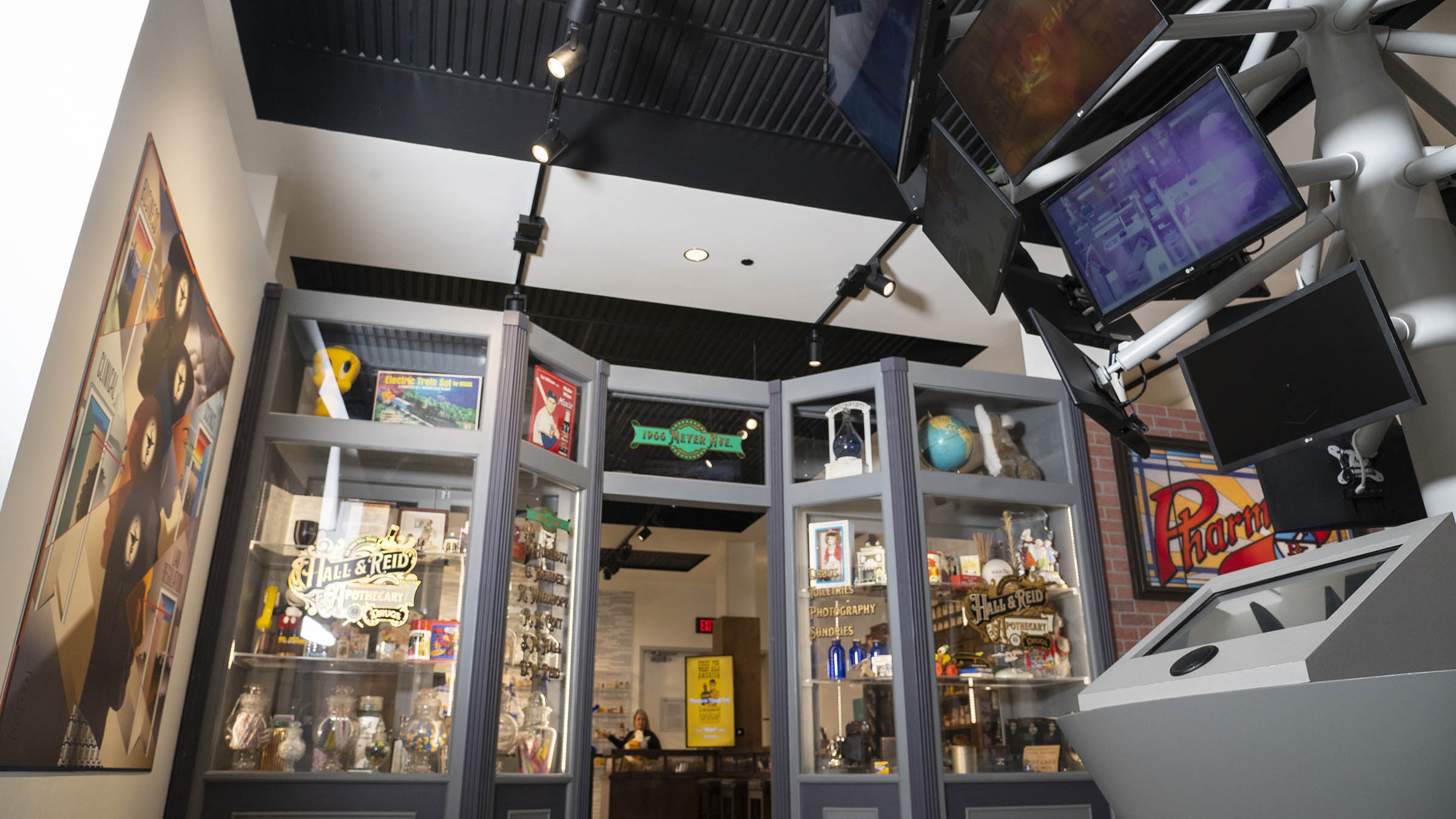 Transforming History Toward the Future

The transformation of the History of Pharmacy Museum at the University of Arizona R. Ken Coit College of Pharmacy into the Coit Museum of Pharmacy & Health Sciences will officially debut for visitors on Oct. 29 as part of Homecoming weekend. 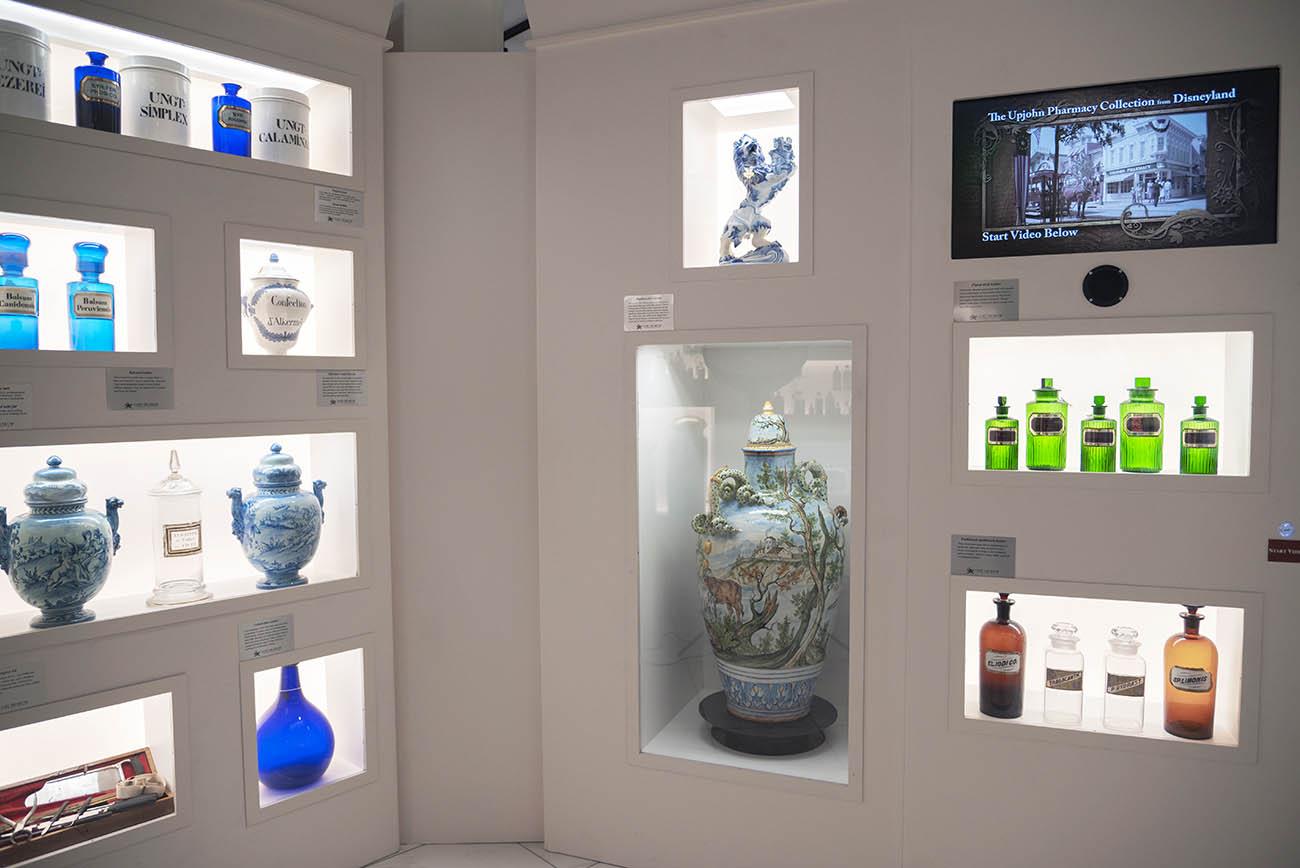 The museum, which offers free admission, has thousands of individual artifacts of pharmacy and medical history on display. Numerous new exhibits – including many interactive ones – were added in the renovation.

“The museum is an excellent showcase of pharmacy’s history, and the newly dedicated space will highlight the interdisciplinary nature of our field as it continues to evolve and adapt to future health care challenges,” said R. Ken Coit College of Pharmacy Dean Rick G. Schnellmann, PhD.

The Upjohn Pharmacy collection from Disneyland is the first display upon entry. According to Stephen Hall, the former director of the museum, the Upjohn collection serves as the “guitar solo” at the beginning of a metaphorical grand new show. 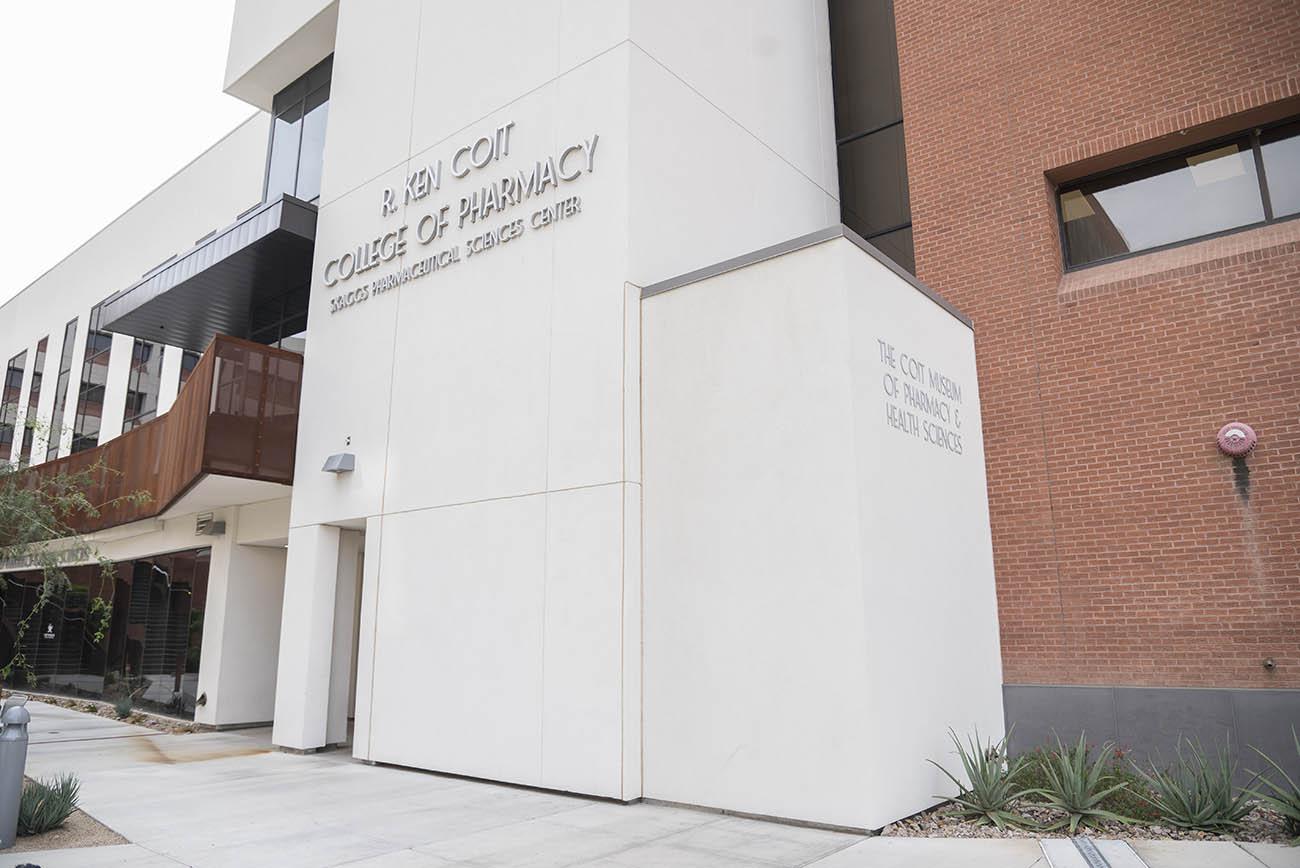 According to Hall, former state board inspector Jesse Hurlbut and his wife, Mary, amassed a collection of thousands of items from drugstores across the state after traveling around Arizona for years. “They were looking to donate a whole collection of pharmacy artifacts,” Hall said. “That was how this all came to be. That's the backbone of what we have here.”

That collection became the original History of Pharmacy Museum in 1966. Originally, it was housed in the old pharmacy and microbiology building on UArizona’s main Tucson campus. 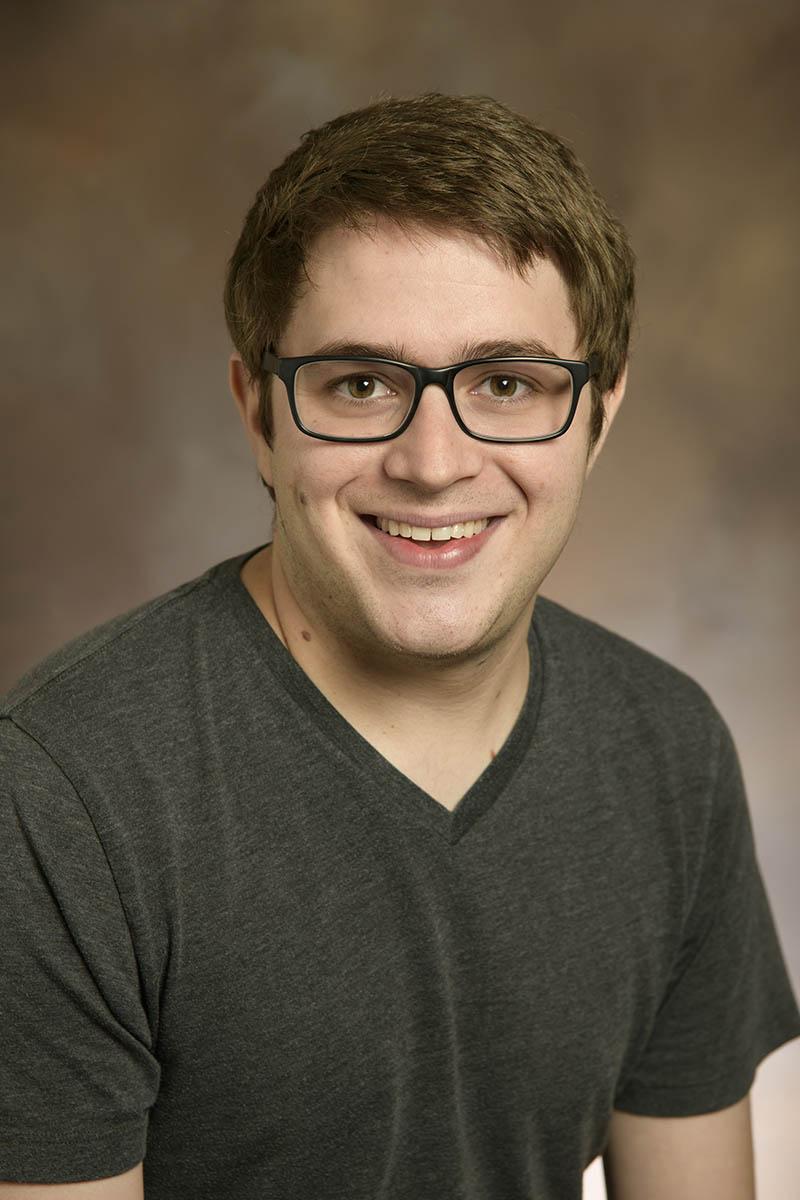 “For more than 50 years, the museum existed without a centralized home, without a strong budget, even without basic assets like parking or exhibit lighting,” Hall explained. “The founders of the museum – myself included – always strove to make the most of what we had to work with, but that wasn't much.”

But then entrepreneur, investor and UArizona College of Pharmacy alumnus R. Ken Coit stepped in. His $50 million gift named the college, established endowed chairs, professorships and scholarships, and expanded the museum.

“Ken Coit’s endowment fundamentally changed the pharmacy museum,” Hall said. “His investment allowed for radical change; it took us from a collection of display cases scattered around the college to a cutting-edge museum with engaging, interactive and award-winning content. It’s hard to overstate the weight of this transformation.”

The new era for the museum also led to a renaming to the Coit Museum of Pharmacy & Health Sciences for two reasons: the museum is no longer focused solely on history, and it is no longer exclusively focused on pharmacy.

An interactive museum for the modern era

“One of the key things we wanted to do with this new space was to make it engaging and dynamic,” Hall said. “The museum as it existed before was very much static. Nothing moved; there were no electronics or interactivity at all. It was a ‘look, but don't touch’ kind of museum. Given that this transformational project served as a facelift for the museum, we wanted to break that mold. We wanted to do something that was different, that was cutting edge, that was 21st century. So, we made a number of interactive exhibits with the idea of bringing the museum into the modern era.” 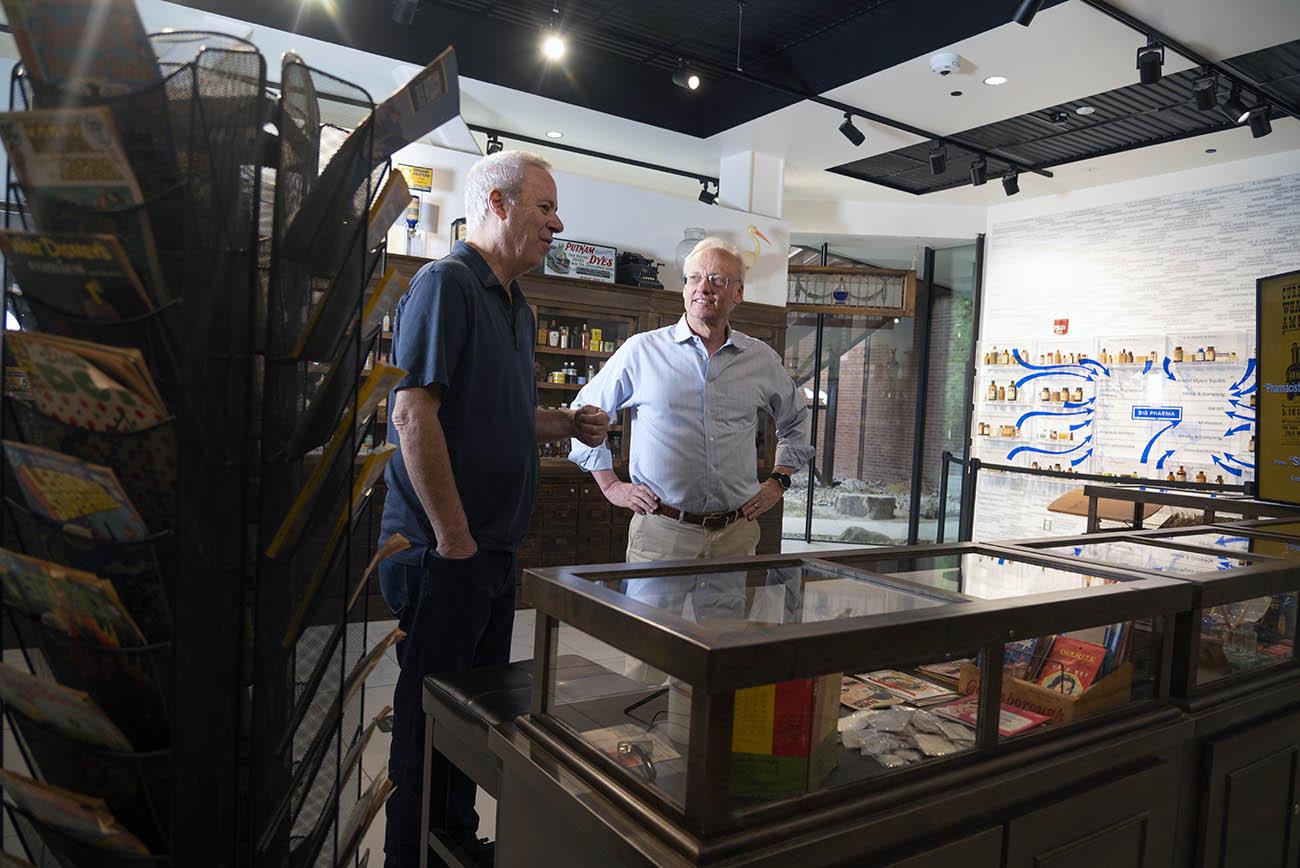 The must-see “Great Moments in Pharmacy” exhibit was a 2021 Telly Awards Silver Winner in the general, nonbroadcast category. The exhibit features 40 paintings from the 1950s that have been digitized, made into parallax (moving) animations and overlaid with a narration telling the story of each image. Hall, along with Coit’s representative Doug Reid, worked with two brothers in Sri Lanka who spent four months painstakingly bringing the static paintings to life. The entire exhibit took 10 months to produce and included talent contributions from California, Arizona, Texas, and Washington, D.C.

“From the moment you step inside the museum, you can tell a lot of thought was put into each exhibit and an intention behind it all to share pharmacy’s history in a meaningful and memorable way,” Dean Schnellmann said.

A legacy built on the shoulders of others

“I believe visitors will be surprised by the uniqueness of the college, as well as its range, and I hope they will walk away excited about the history and contemporary practices of pharmacy and health sciences.”
Alexis Peregoy

The museum has had four curators during its history. The first was founder Hurlbut, whose wife Mary was also actively involved in running the museum. The second was author and noted pharmacy historian George A. Bender, who curated the museum from the late 1960s to the late 1970s.

The third and longest-running director was Richard “Dick” M. Wiedhopf, who oversaw the museum for almost four decades. Wiedhopf eventually took on Hall as a young protégé in 2014. Hall started out as a volunteer, then became the museum’s first assistant curator. Hall became curator after Wiedhopf’s retirement in 2017 and was eventually promoted to director.

When the gift from Coit arrived, Hall was at the helm to lead the transformation. Hall and Reid collaborated closely throughout the entire project. Hall said Reid was “instrumental in making the project happen.”

Hall recently left his position and Alexis Peregoy became the fifth director of the museum in September.

“I’m elated to lead the Coit Museum through the coming years in its new space,” Peregoy said. “I believe visitors will be surprised by the uniqueness of the college, as well as its range, and I hope they will walk away excited about the history and contemporary practices of pharmacy and health sciences.” 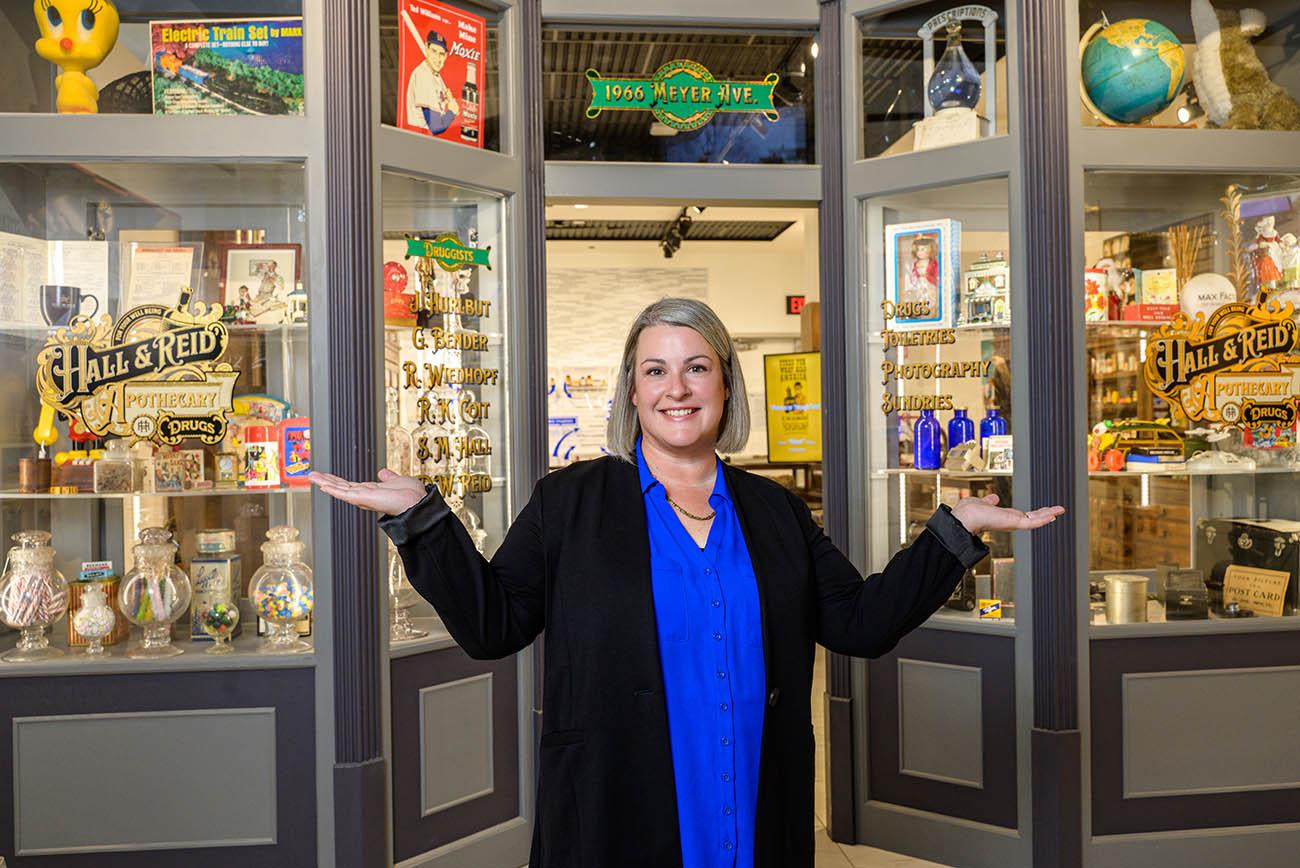 Peregoy was previously the associate archivist for the UArizona Center for Creative Photography and joined the College of Pharmacy with 12 years of experience in universities, museums and academic libraries.

She hopes to increase the visibility of the museum and access to its collections through campus partnerships and collaborations, local and statewide community outreach, research and learning opportunities, and exhibit expansion.

“I am eager to curate rotating exhibitions, both in-person and digitally, to cover a wide variety of both historical and contemporary topics in pharmacy and health sciences, such as women in pharmacy as well as local and traditional healing practices,” Peregoy said.

A version of this story was originally published by the R. Ken Coit College of Pharmacy.