Connecting with Dean Schnellmann: The Future of Pharmacy

New endowed chairs, dual degrees and rethinking instruction will shape the next five years at the College of Pharmacy.
February 23, 2021 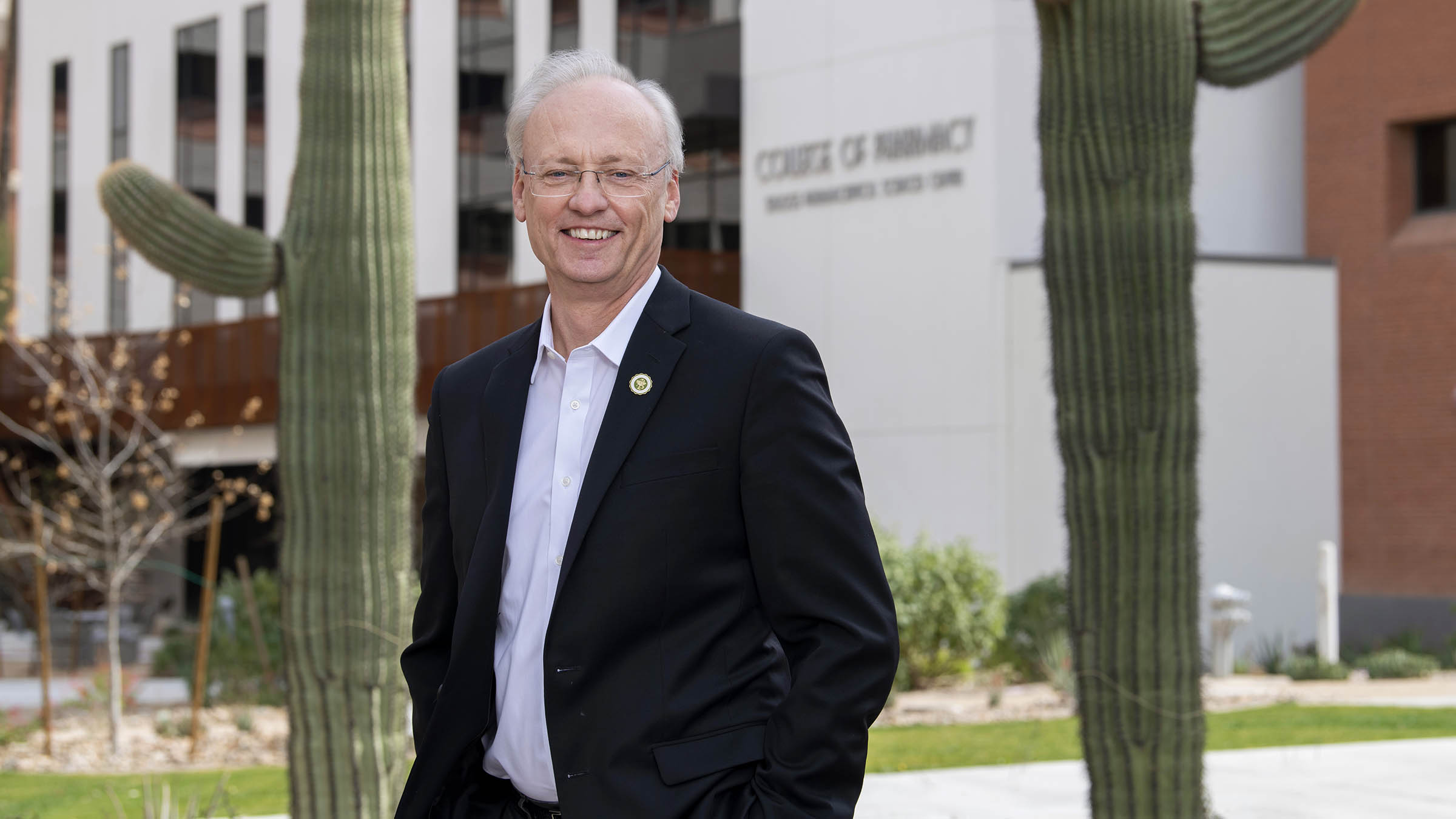 Connecting with Dean Schnellmann: The Future of Pharmacy

College of Pharmacy Dean Rick G. Schnellmann, PhD, came to the University of Arizona Health Sciences to lead the college five years ago. In that time, Dr. Schnellmann funded and built a new drug discovery research space, added new certificate and dual degree programs to expand the skills of PharmD students, and ensured the college adapted to the pandemic and its impact on the pharmacy profession.

Now, he is looking ahead to a major pivot point as he expands the college with six new endowed chairs, a rare opportunity to define the future of the college.

Dr. Schnellmann, who is also a member of the BIO5 Institute, shared more about his plans and goals for the college, and about the high school math teacher who inspired him to pursue a path of academic research.

I’m going to use a word I don’t use a lot. It’s transformative for any college in terms of recruitment and retention. One of the best accomplishments in academia for a faculty member is to be named an endowed chair. It is really the epitome of the best; it is an acknowledgement that the person who holds an endowed chair position is at the top of their game. 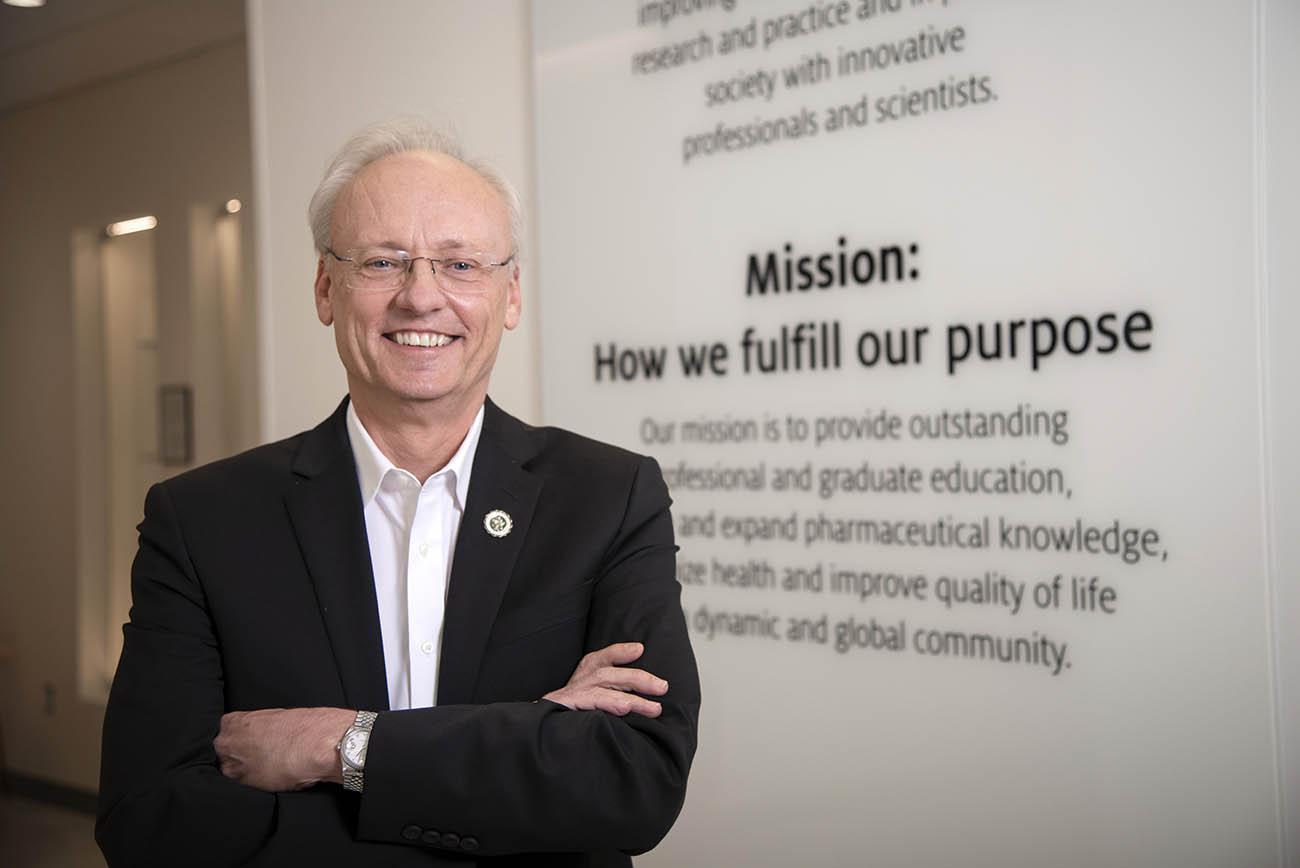 The endowment provides annual funding to the chairholder. Those funds are unrestricted, for the most part, and this gives the faculty member the opportunity to do something they wouldn’t otherwise be able to do, something they think is really important that they didn’t have the money to do, for example. The expectation for getting grants does not decrease, but it’s like saying “you’re already good, we still want you to be good, but now we’re going to reward you because you have been so good.”

In addition to being a tool we can use to retain our best people, endowments allow a college to advance in a given scientific area by recruiting world-renowned scientists who can spearhead a new direction for the college.

What is your vision for the evolution of the college in the next five years?

In our research area, we need to be in the top five, or top three in the United States, for research funding. We’re around eighth right now, and we’re using the new endowed chairs to expand into new areas.

We are recruiting two of the endowed chairs in neuroscience and neurodegenerative diseases. That’s a new direction we want to go in, especially as it relates to drug discovery. We’re investing in that area as well, where we wanted to increase the number of faculty. The two endowed chairs who came in September and November, Gregory Thatcher, PhD, and Hongmin Li, PhD, work in drug discovery.

We decided to devote one endowed chair in toxicology to bring something new to our already quite successful program. It takes five years to get this type of plan fully developed.

How do you keep the college on the cutting edge of a changing profession, both for pharmacists and researchers?

Numerous pharmacy schools have popped up over the past couple of decades, to the point that some states have an overabundance of pharmacists. I think we’re doing okay in Arizona, but when I arrived, I wanted to find a way to distinguish our College of Pharmacy. 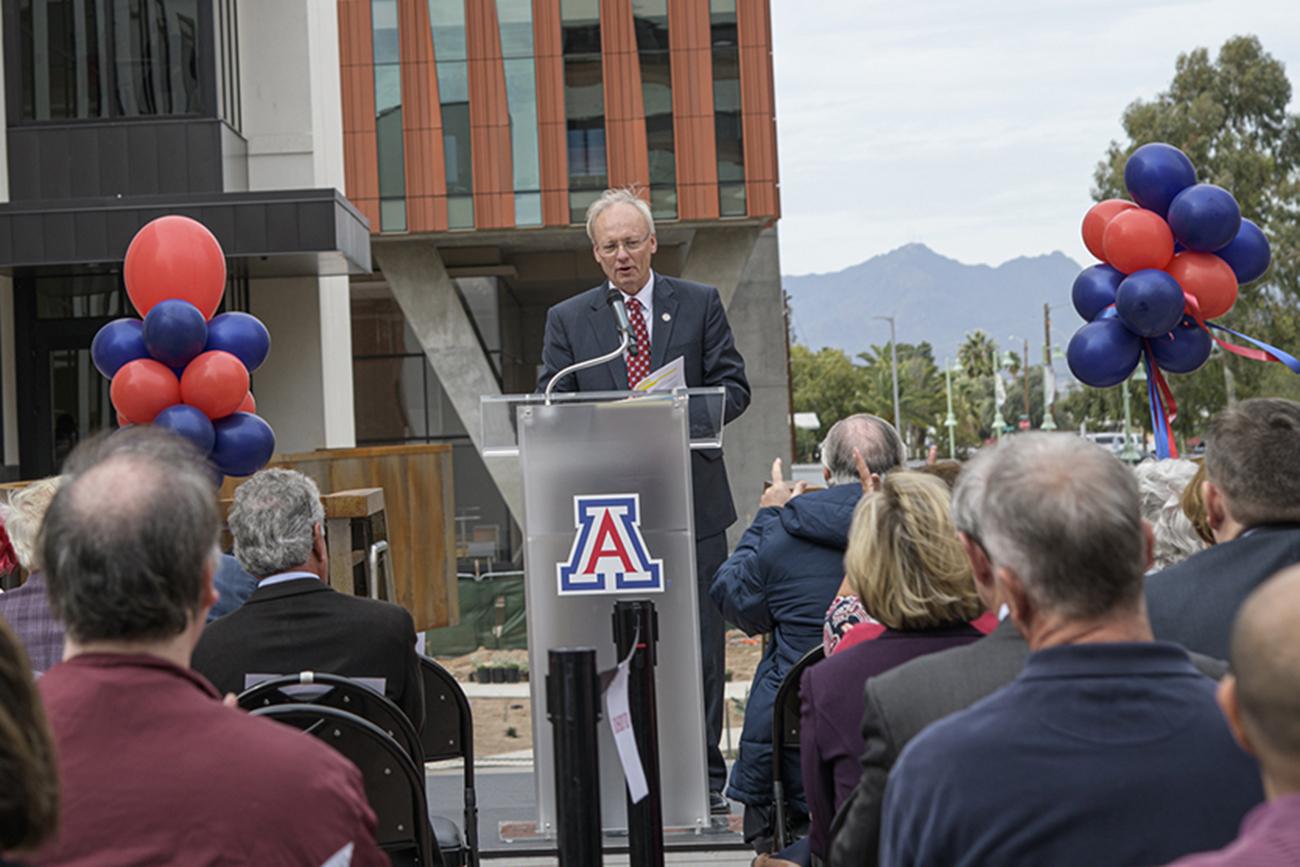 We came up with a program called PharmD Forward. As students earn their PharmD, we’re giving them more options. For example, we offer certificate programs with the colleges of law and business. During their elective time they can take one of these certificates and learn a little bit more about business or law than they would have otherwise.

Our goal is to incentivize students to think about bigger things that could become advantages later on in their career. I tell new students to play the long game and expand the scope of what they can do. Now, you can get a PharmD-MBA in five years. We’re enrolling students now for a PharmD-Nurse Practitioner dual degree program that can be accomplished in five years. This kind of dual degree is extremely important for rural health, as well as in underserved areas, because it’s hard to attract enough health care professionals in some of those areas. Having the ability to diagnose, prescribe and do medication therapy management is going to be a great option.

How has the pandemic affected the future of pharmaceuticals, pharmacy education and the standing of the profession in the world right now?

Often times pharmaceutical companies get blamed because drugs are expensive and sometimes hard to access. But in this pandemic, the scientists in pharmaceutical companies delivered in a time of need and are recognized as heroes. Starting from nothing back in January 2020, the scientists have done a great job to make vaccines in record time. Pharmacists are also playing a role in delivering vaccines and being a source of information in their communities.

In terms of pharmacy education, we decided at the end of the spring 2020 semester to offer a combination of in-person, live Zoom classes and recorded Zoom classes. Students like to have these options, and we’d like to continue to offer them in the future as well, even after the pandemic. Our students need that flexibility. I think that’s how education is going to change.

How did you come to pursue this career path?

In high school I had a math teacher who had a PhD in chemical engineering. I learned a lot from him, he was a great mentor for many people, because you don’t normally run across a PhD in high school. He talked a lot about research, and I was very interested in mathematics and science. I considered going into engineering or medical sciences. 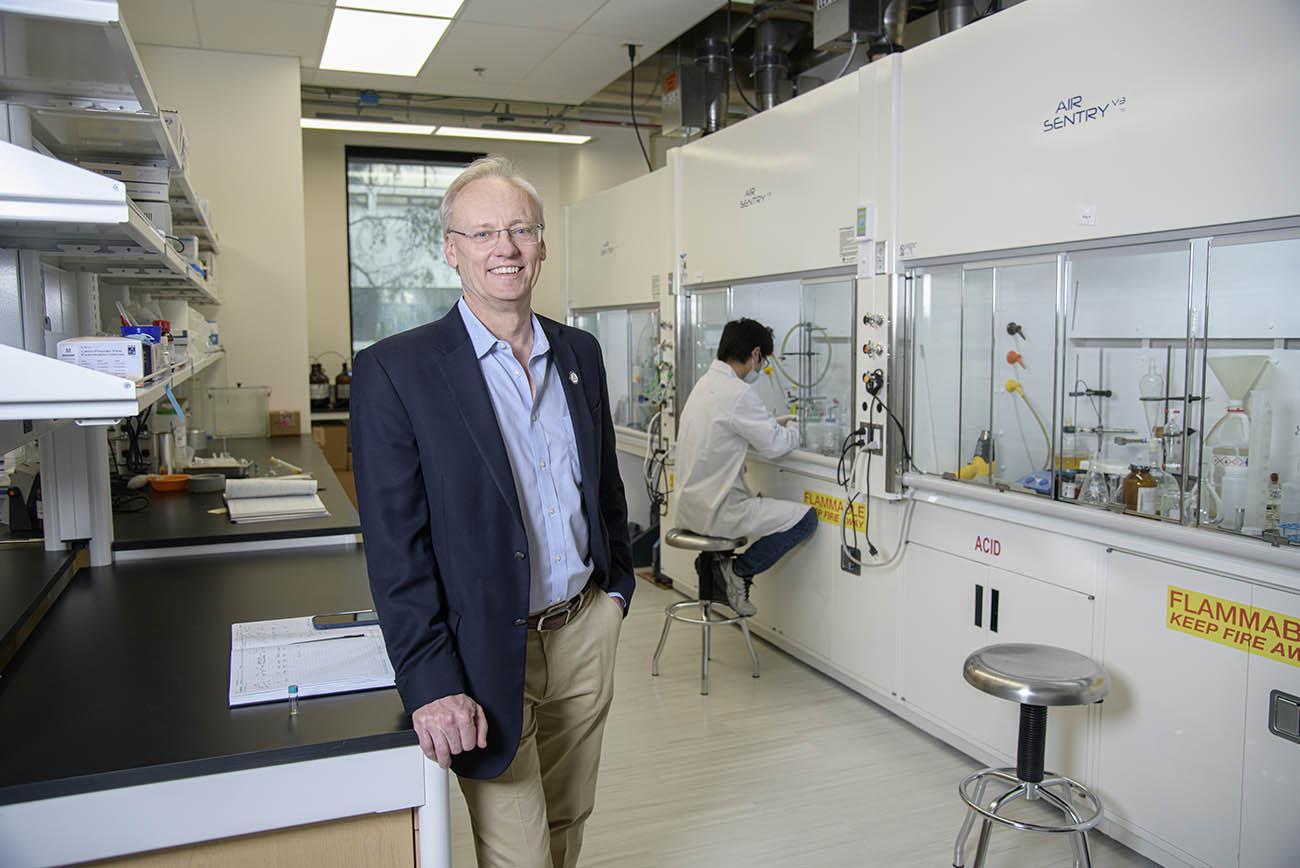 I picked pharmacy, but I have to tell you, my intention was never to be a pharmacist! I knew I could get a BS in chemistry or BS in biology, or I could stay in school just one more year to earn a BS in pharmacy and I’d get to learn about drugs, so that’s what I decided to do. I got my PhD from the University of Arizona and completed my education with a very good feeling about the faculty and the program.

Before coming here, I was the department chair of Drug Discovery and Pharmaceutical Sciences at the Medical University of South Carolina. I had been a department chair for 14 or 15 years, and I was ready for a change when this deanship opened. I accepted the job, still nervous. There’s no school to prepare you for being a dean. I’m so thrilled because it’s turned out better than I could have imagined. I love my job.

What is something about the College of Pharmacy that our colleagues in the other Health Sciences colleges might not fully appreciate?

We have amazing faculty. They work hard, they respect one another and they get along with each other. Even though they may be a chemist or a clinician, there’s a camaraderie in this college, and that means so much. I don’t know how you can overstate that. I am grateful, I have a college of good people.