Steele Children’s Research Center director will be the initial holder of an endowed directorship in his name.
September 3, 2020 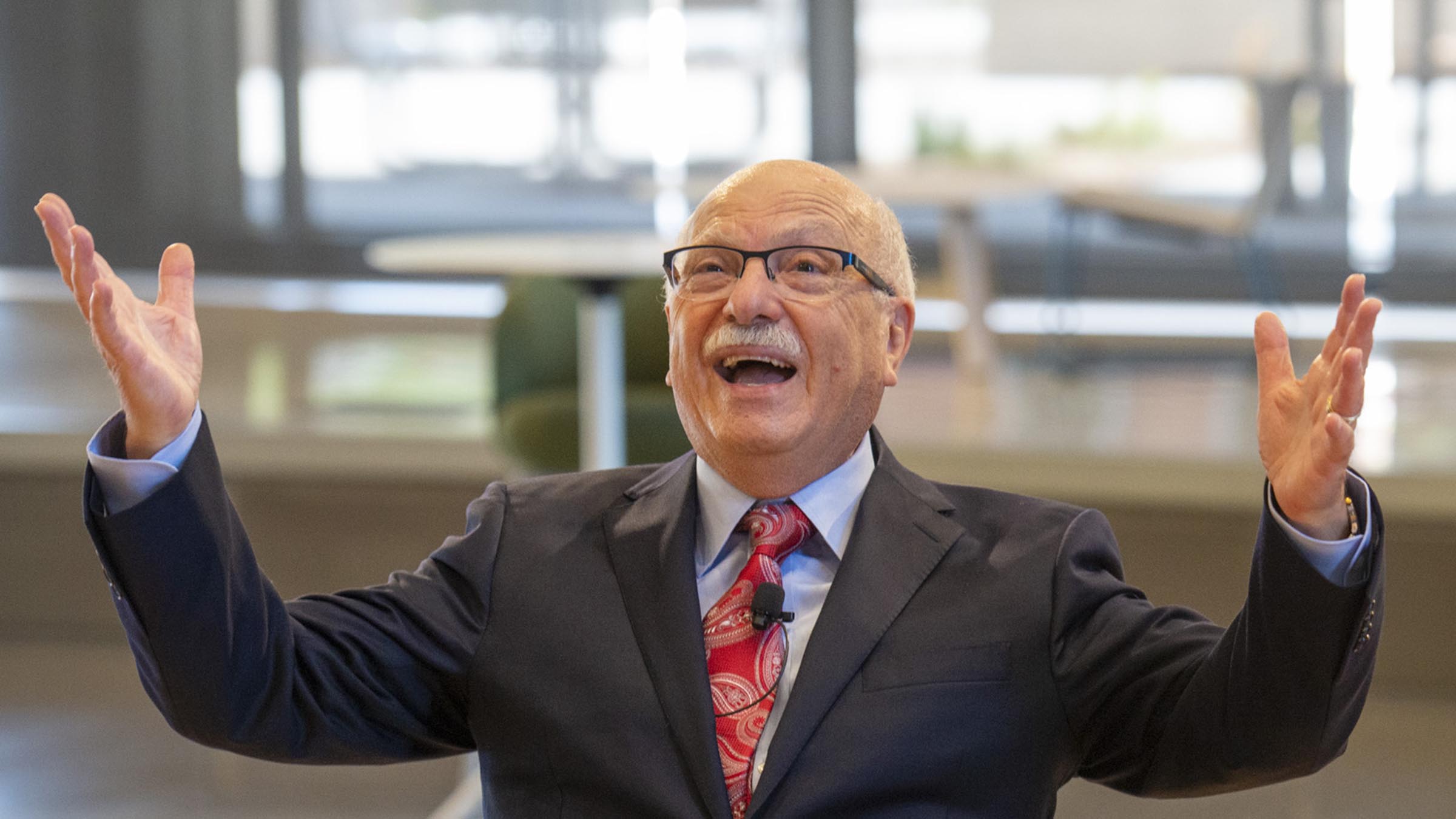 Fayez K. Ghishan, MD, was surprised with an endowment in his name to fund the director of the Steele Children’s Research Center in perpetuity.

After more than 40 years of work in pediatric gastroenterology and 25 years at the University of Arizona Health Sciences as the director of the Steele Children’s Research Center in the College of Medicine – Tucson, Fayez K. Ghishan, MD, has innumerable reasons to be proud of his career. 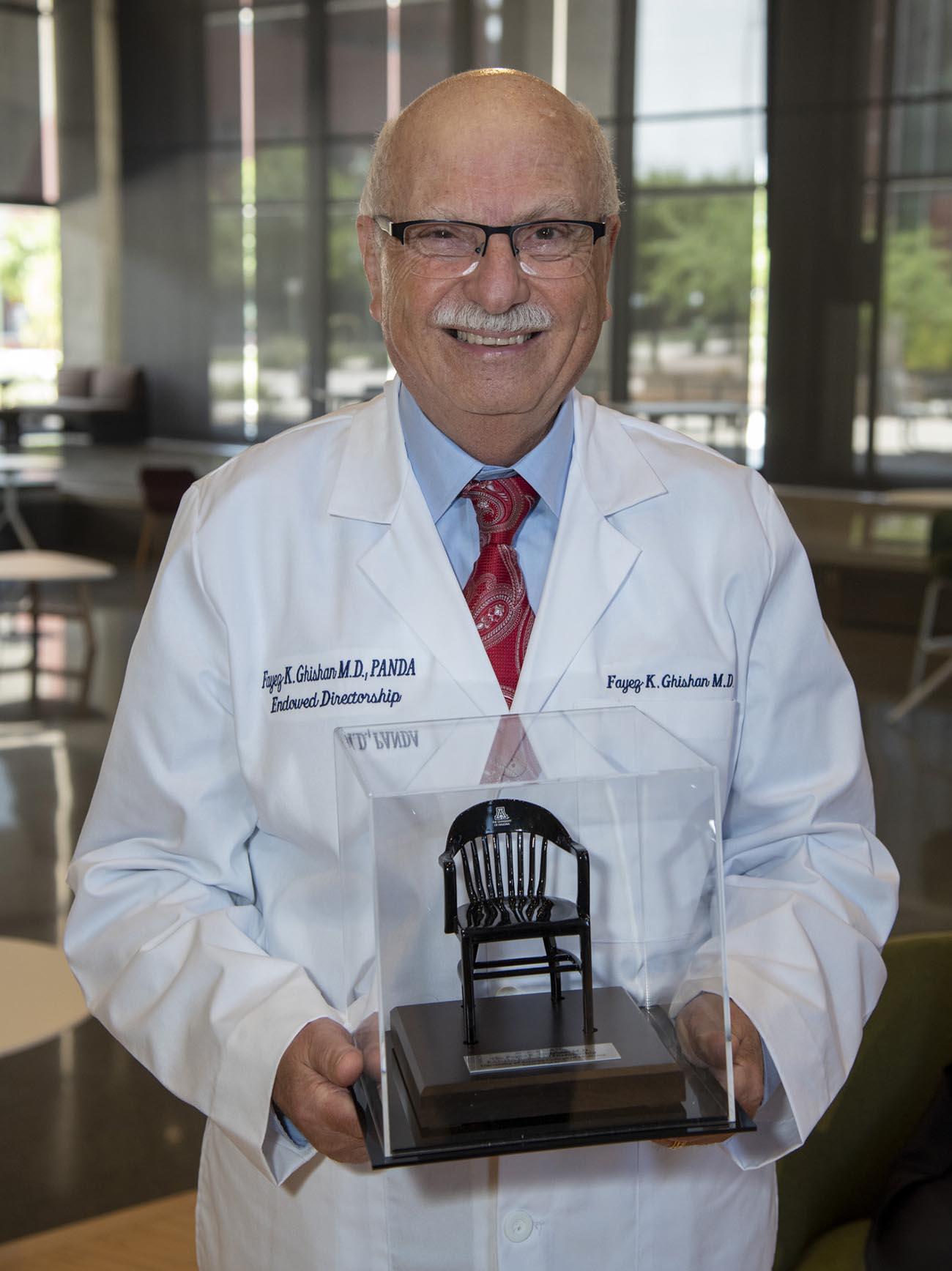 He has made groundbreaking scientific discoveries, including cloning genes involved in intestinal function; written hundreds of research articles on studies to advance the world’s knowledge in his area of study; earned continuous funding for his research for three decades; and twice received the National Institutes of Health’s prestigious MERIT Award for “Consistent and Excellent Contributions to Scientific Knowledge.”

And now, Dr. Ghishan’s legacy will be honored with an endowed directorship in his name at the Steele Children’s Research Center.

The Fayez K. Ghishan, MD, PANDA Endowed Directorship at the Steele Children’s Research Center will enable Dr. Ghishan’s commitment to children’s health care to live on in every person who subsequently steps into the center’s top leadership role.

“I’m so grateful, I’m speechless!” said Dr. Ghishan, beaming, when he was surprised with the news at a virtual ceremony Aug. 29. “You have brought tears to my eyes.”

Setting up a life of science and service

Dr. Ghishan was born in Jordan as the oldest of nine children, and credits his mother with instilling in him a desire to pursue medicine. When he was 16 years old, Dr. Ghishan left home with only $30 to his name and a grand ambition to become a doctor. That year, he was accepted into medical school in Turkey. 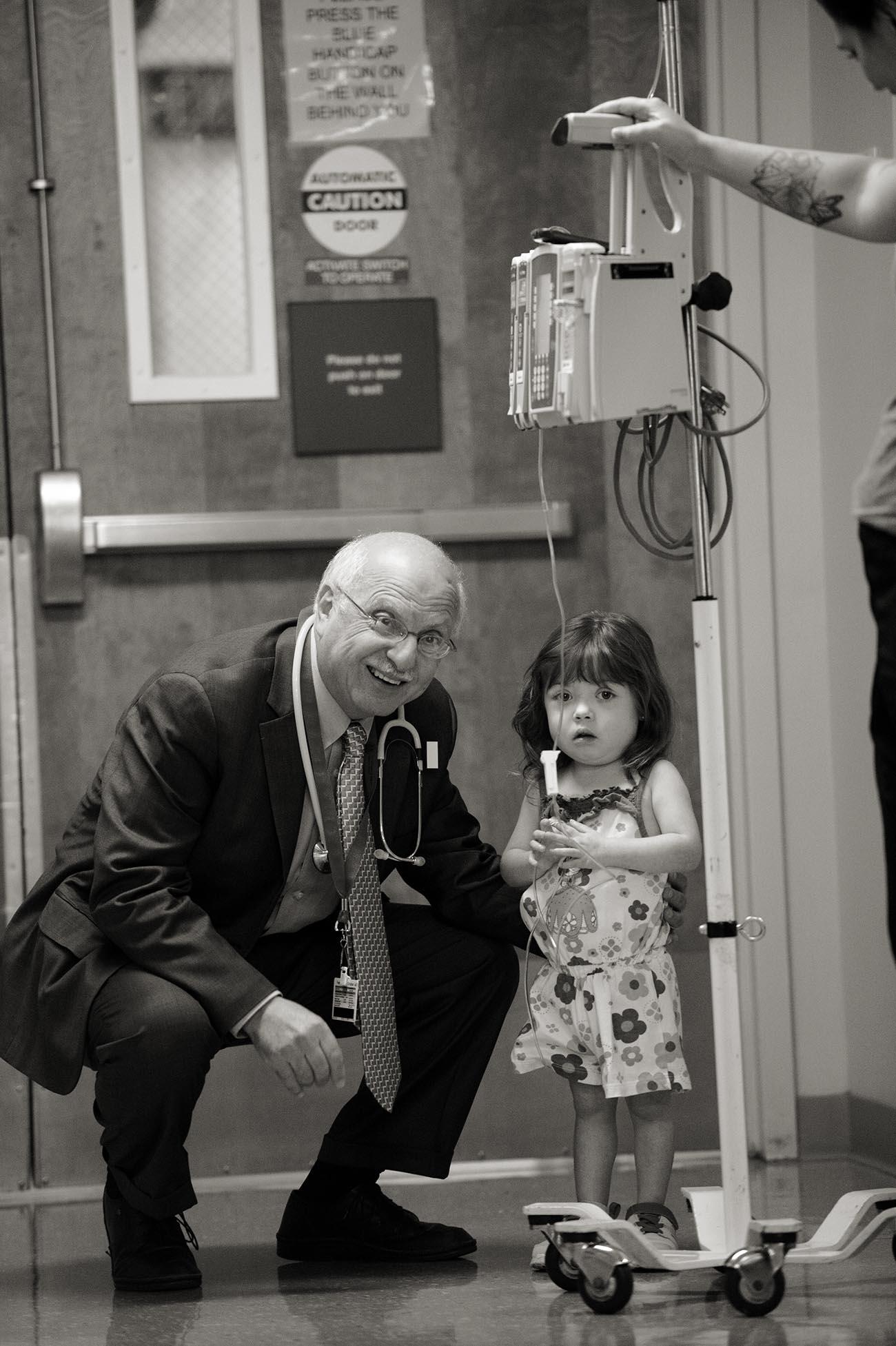 From early in his life, Dr. Ghishan recognized that too many children in the world were dying of diarrheal diseases. The Centers for Disease Control and Prevention names diarrheal diseases as the second-leading cause of death worldwide for children under age five. This fueled Dr. Ghishan on his path to become a pediatric gastroenterologist.

Dr. Ghishan has contributed to the current understanding of fundamental aspects of gastroenterology. He joined the University of Arizona in 1995, is an accomplished physician-scientist, researcher and educator recognized internationally for his contributions to the field of pediatric gastroenterology, hepatology and nutrition.

Dr. Ghishan is described by others as a passionate advocate for children’s health who builds trust with his young patients and their families to deliver the best pediatric care. As a pediatrics professor in the College of Medicine – Tucson, he shares his enthusiasm and knowledge with his students, and has mentored many early-career scientists who have become leaders in their specialties.

Dr. Ghishan is also director for the Clinical and Translational Sciences Research Center (CATS) at Health Sciences; chair of the Department of Pediatrics; physician-in-chief at Banner Diamond Children’s Medical Center. In all of these roles, Dr. Ghishan is viewed as an inclusive and compassionate leader who mobilizes others in achieving common goals and upholding the highest ethical standards.

How the Steele Center directorship endowment was created

“We've met families who have gone all over the country and spent thousands of dollars with no solution. And then they end up at Steele, and within one visit they're on their way to finding answers. It's truly incredible,” said Tammy Ryan, president of the Phoenix Women’s Board of the Steele Children’s Research Center, known as People Acting Now Discover Answers (PANDA). Dr. Ghishan, she said, is the head and heart of the center. 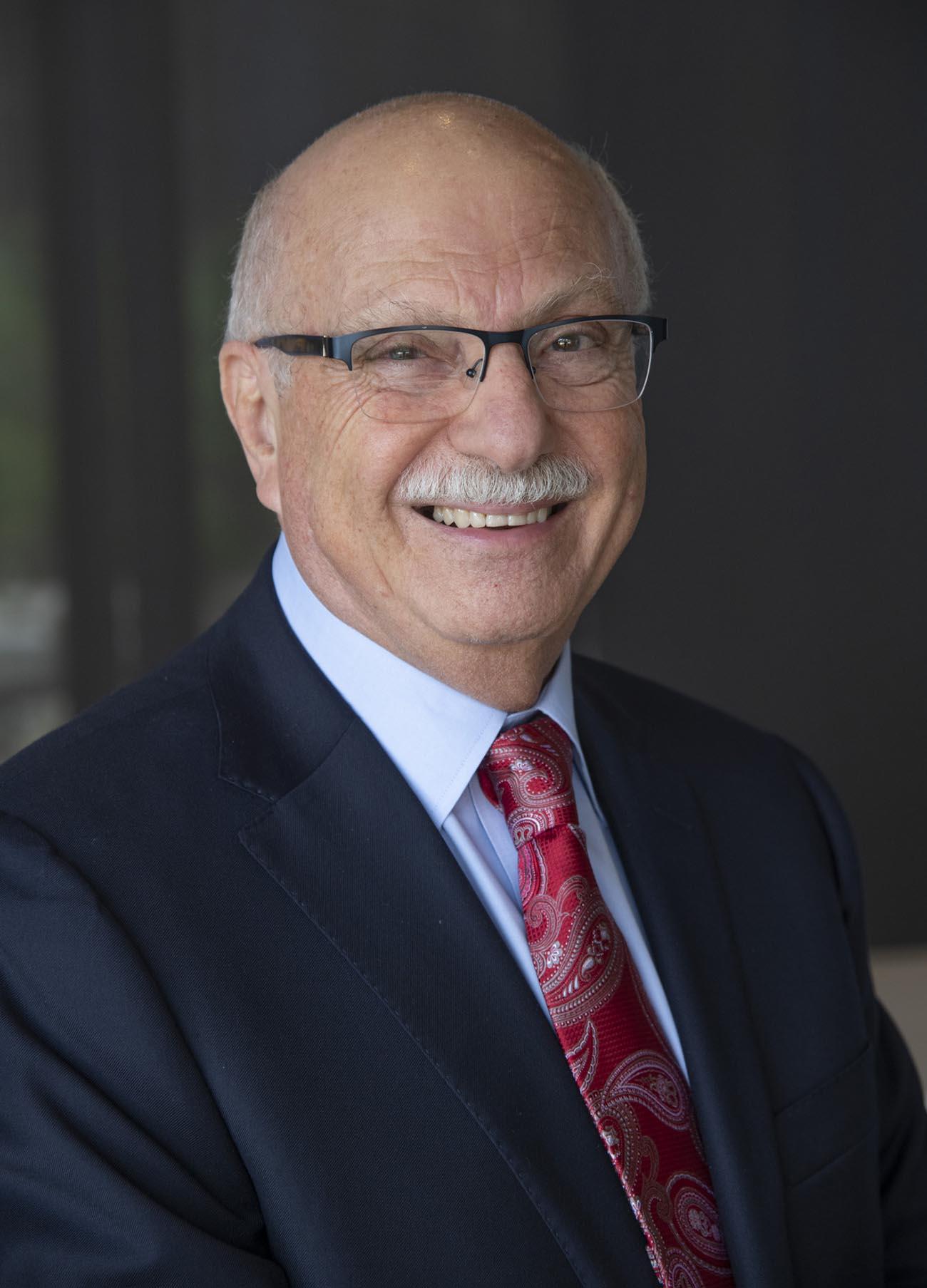 Inspired by his lifelong dedication to his work and the lives he has changed, PANDA members created the endowment to acknowledge in perpetuity Dr. Ghishan’s research, his commitment and connection to pediatric patients, his passion for educating future physicians, and his ability to make people feel heard and respected.

For more than two decades, PANDA has funded pilot projects and early-stage research that has fueled millions of dollars in grants. Its fundraising aims to continue to support medical research to produce new ideas, novel treatments, and to find cures for children. In the course of that work, PANDA members meet families whose lives have changed because of the care their children received at the Steele Children’s Research Center.

“We see firsthand how much he changes people's lives. His bedside manner is incredible, his passion for not giving up, and finding a solution and a cure, he’s just so dedicated,” Ryan said. “For us, this was a way to honor him with a gift that would be around forever. It was the highest honor. And it was really a no-brainer.”

Ryan said she hears over and over again how grateful families are for his care, not just for the pediatric patients he sees, but for the entire family. They don’t mince words, she said, and she often hears “Dr. Ghishan saved my child’s life.”

Dr. Ghishan and his team of researchers and physician-scientists conduct research in areas such as autism, autoimmune disorders, cancer and blood diseases, Type 1 diabetes, gastrointestinal disorders and lung disease, among others. This new endowed directorship will ensure ongoing support to further the mission and work of the Steele Children’s Research Center.