Known as a champion of students, Dr. John Streicher fosters success through his roles as an assistant professor, researcher and graduate program director.
May 18, 2020 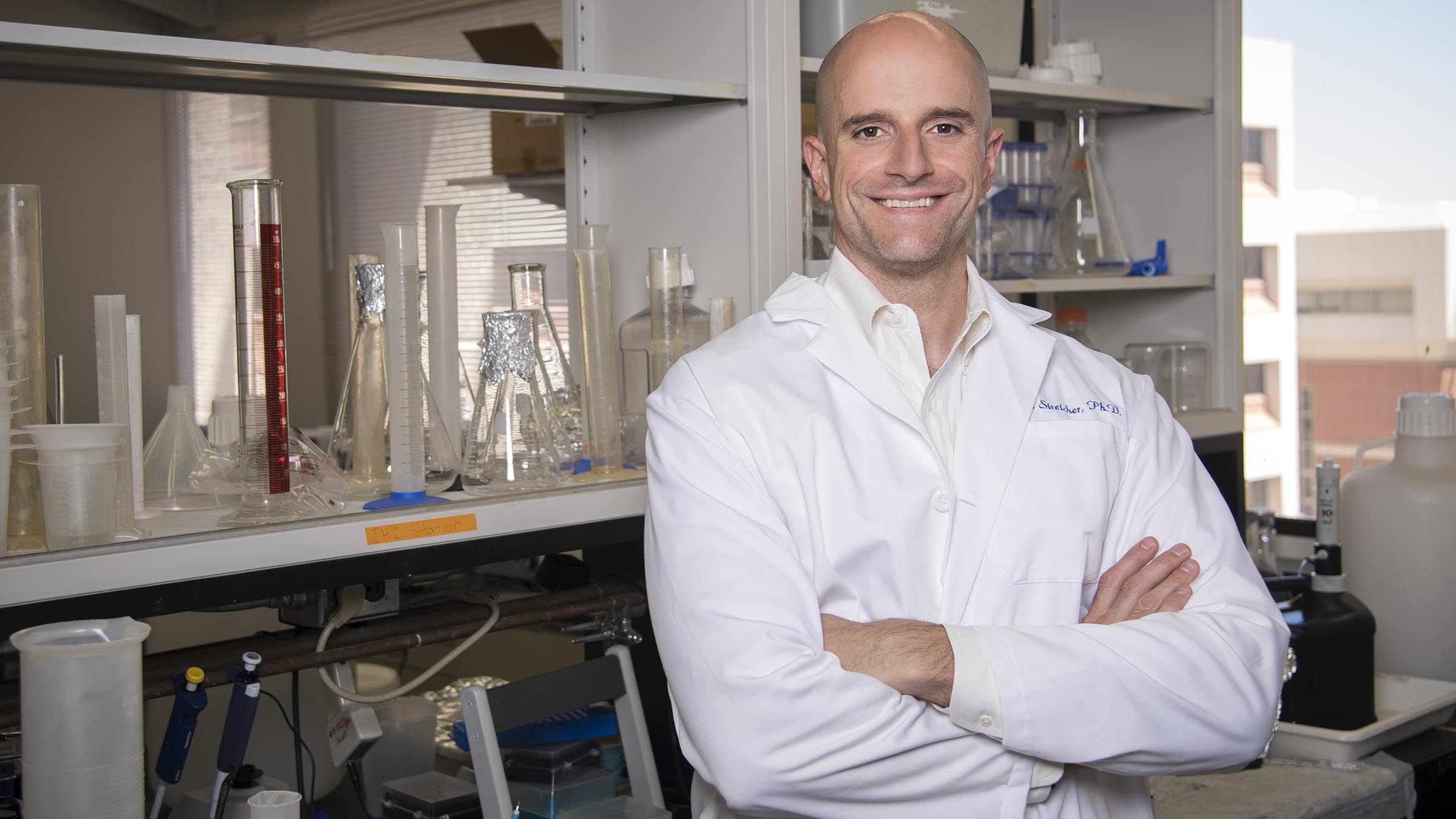 Dr. John Streicher mentors undergraduate and graduate student researchers in his laboratory, where his research program focuses on opioids and pain relief.

As a researcher at the University of Arizona Health Sciences, John Streicher, PhD, studies molecular signaling pathways that could play an important role in developing solutions to the opioid epidemic. As an assistant professor in the College of Medicine – Tucson, Dr. Streicher’s work as a faculty mentor plays an even more important role in shaping the lives of students such as David Duron, PhD.

Drs. Duron and Streicher recently published a paper that was featured on the cover of Science Signaling. The paper represented the culmination of Dr. Duron’s graduate studies in the Department of Pharmacology and a continuing step in Dr. Streicher’s quest to make opioids safer and more effective.

“Dr. Streicher has quite a few projects going on in the lab that all have a different approach towards opioid research, but this one caught my eye in particular,” said Dr. Duron, who obtained a bachelor’s degree in neuroscience from UArizona before joining Dr. Streicher’s lab in 2016. 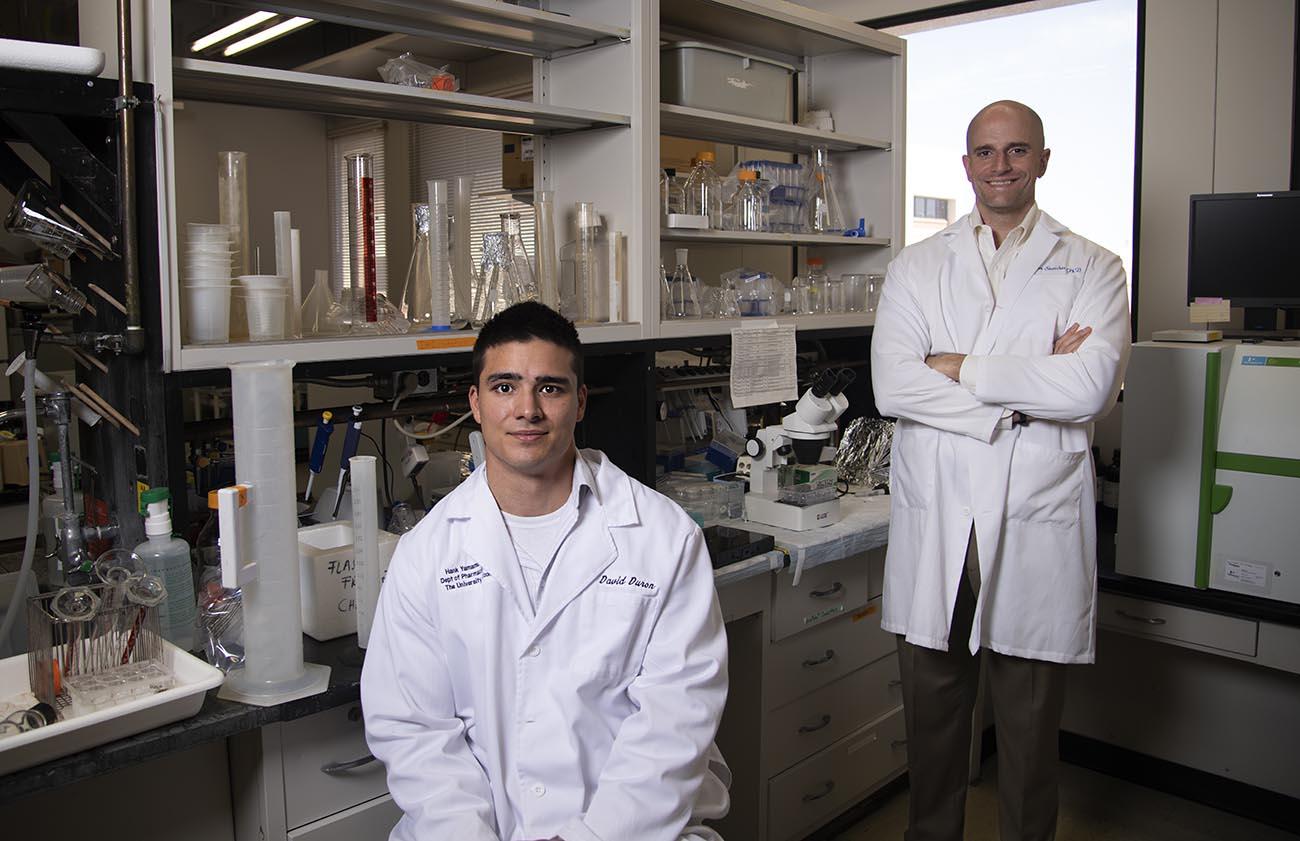 He chose to work in Dr. Streicher’s lab because of its research focus on signaling, which refers to the series of chemical reactions that control cell function. On a personal level, Dr. Duron was drawn to Dr. Streicher’s teaching philosophy and mentorship.

“I have a few key principles I use as a mentor, the first of which is to develop everyone as an independent investigator,” Dr. Streicher said. “People should be, at least to some degree, following their interests, coming up with their own questions, figuring out what experiments are needed and how to design them, and determining how to analyze, present and contextualize their work. I want to foster that level of independence.”

Dr. Duron’s work on the recently published study is a prime example of that philosophy in action.

“Dr. Streicher has truly created a research culture where students are free to express their ideas and, in many cases, experimentally investigate those ideas,” Dr. Duron said. “My personal and professional growth during this time can be largely attributed to this collaborative effort between mentor and student.”

Dr. Duron’s status as first author of the paper speaks to his level of involvement in the research and has the potential to jump start a career in academic science. But the recent graduate has other plans – he is going to law school. 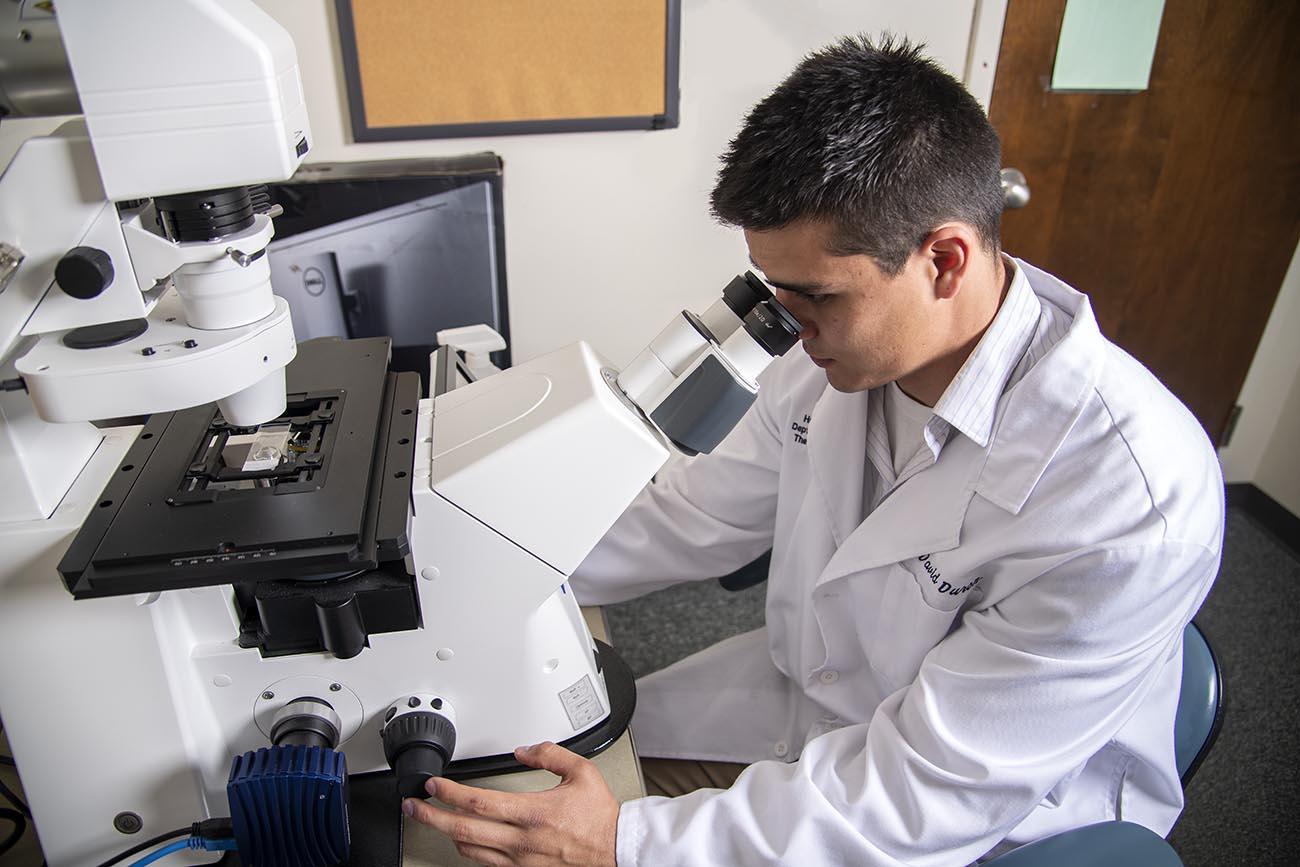 “I’m interested in intellectual property and patenting to provide incentives for researchers to come up with things like these novel Heat shock protein 90 inhibitors and get them into the clinic,” Dr. Duron said of the protein that was the focus of his research. “I could see myself in the future working with Dr. Streicher or other individuals within this department for the patenting of different drugs.”

Dr. Streicher’s career path took a similar twist, from believing he would work in the pharmaceutical industry to becoming an academic scientist. The experience contributed to his philosophy of supporting each student’s individual goals.

“I'm not going to force everyone to fit my mold of what I think a career in science should be,” Dr. Streicher said. “I have to give every student the same basic level of scientific training, but I'm going to try to meet them where they’re at. So, with someone like David, I’m going to help him make that transition to law school and support that. I have other students who are interested in working in industry, so I try to connect them to my industry collaborators and involve them in industry projects.” 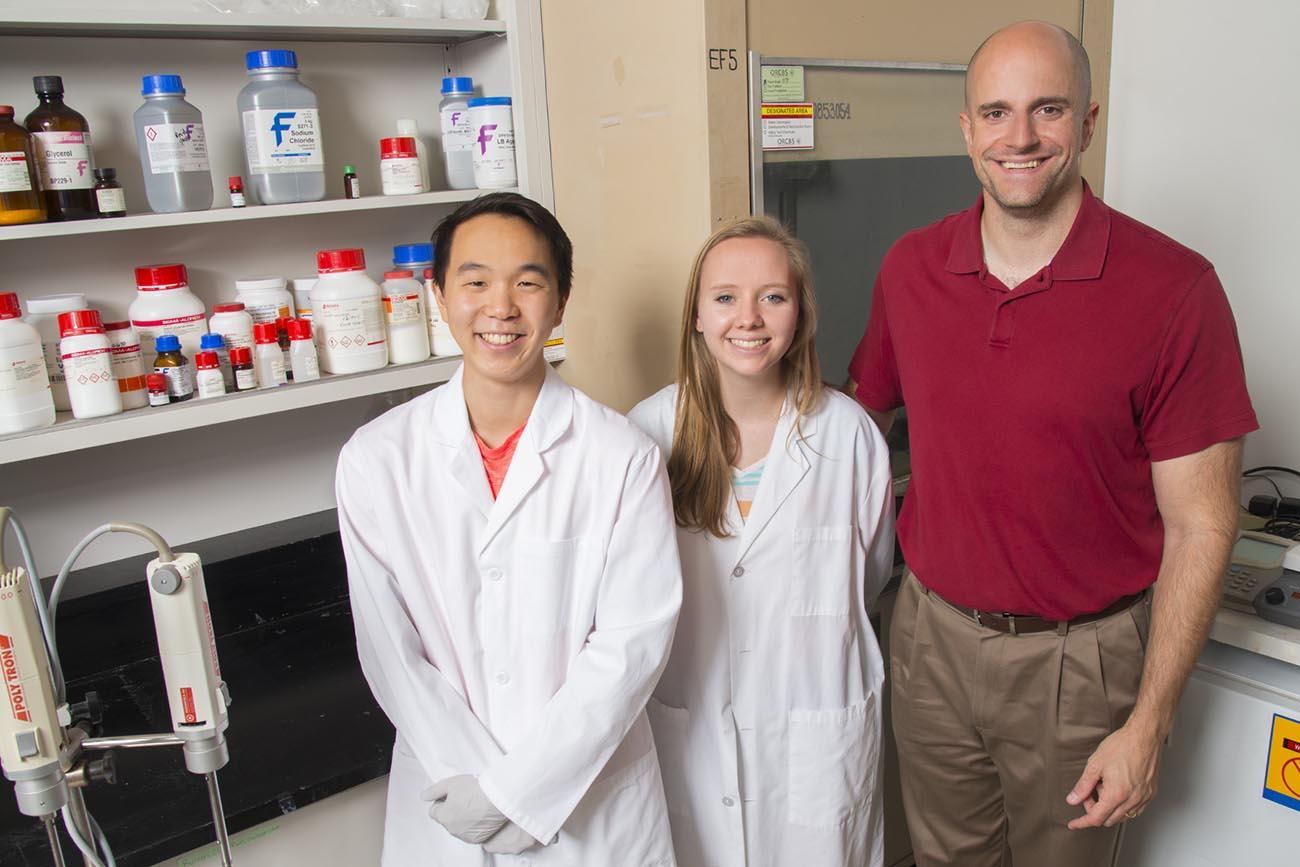 He expands on that commitment outside of his lab through his position as director of the Medical Pharmacology Graduate Program. Dr. Streicher regularly schedules speakers from different fields to give students an idea of the various careers they can pursue after graduation.

Offering Guidance for the Future

He also understands that while some students have a clear vision for their future, others aren’t sure which path to take. His own college career, for example, started with the idea that he would be a medical doctor.

“I didn't come from a research family, and I didn't know people in research,” said Dr. Streicher, whose father was a first-generation college graduate. “I just naturally thought I was going to be a doctor because I knew you could go to medical school.”

But George Fox University, which Dr. Streicher attended as an undergraduate, had a connection to Oregon Health and Science University, where he got his first look at the world of academic research. He forewent medical school and applied to graduate school instead. 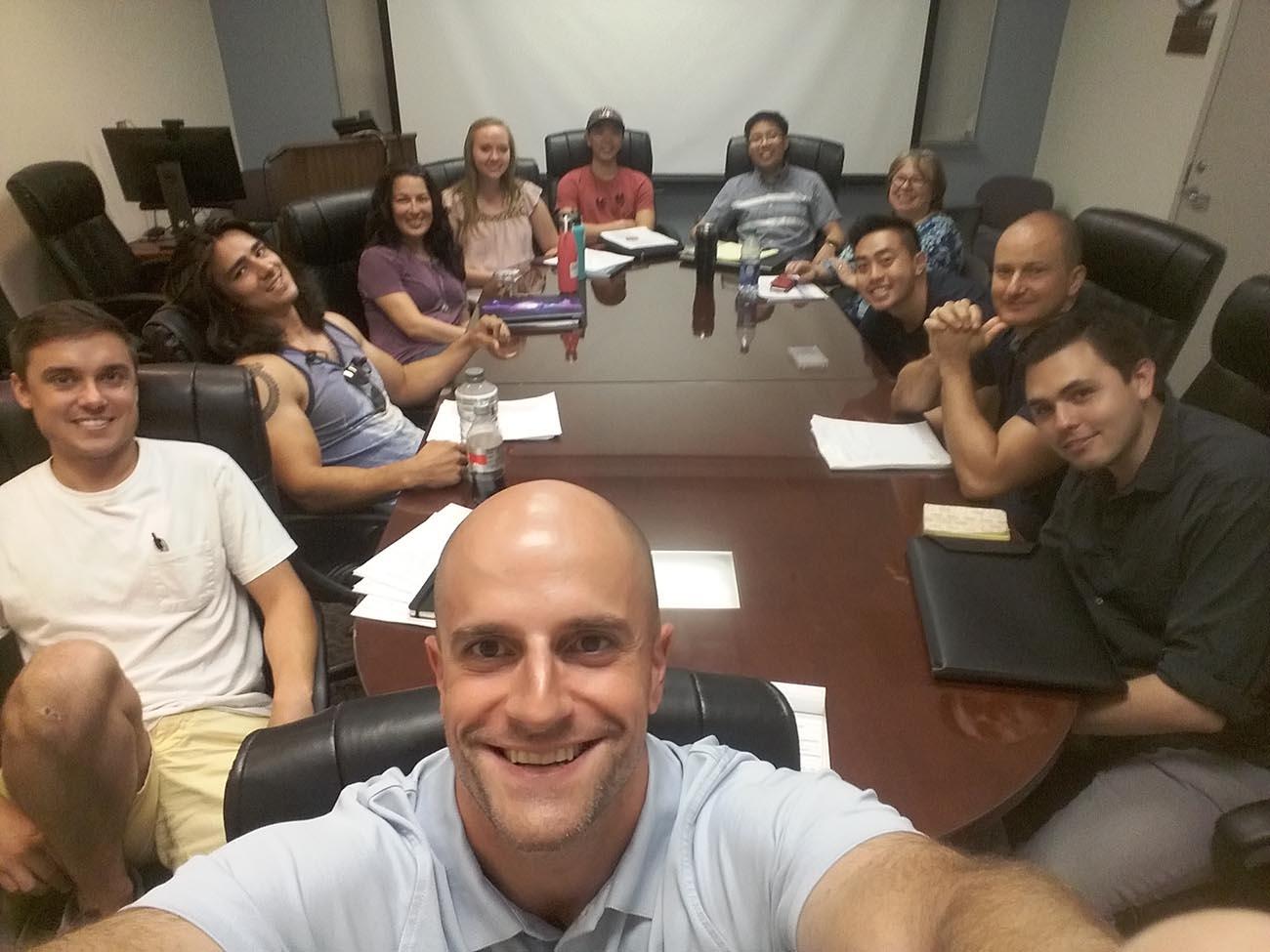 During his graduate and post-doctoral years, Dr. Streicher was mentored by two individuals who greatly influenced his future. At the University of California, Los Angeles, he found a passion for signaling in the lab of Yibin Wang, PhD. As a post-doctoral researcher working under Laura Bohn, PhD, at the Scripps Research Institute, Dr. Streicher was introduced to opioid and pain relief research.

The combination of signaling and opioid research resonated with Dr. Streicher and has become the focus of his ongoing research efforts. Just as his mentors helped him find his passion, he hopes he can help students find their way to rewarding careers, too.

“I’m very pro-student,” Dr. Streicher said. “As the director of our graduate program, I have a broader responsibility to guide all of our grad students in our program. I take that very seriously.”

“Dr. Streicher’s reputation among the students is that of a champion of the student and for good reason,” Dr. Duron said. “He is a terrific mentor, scientist and friend.”