Providing information while combating misinformation made the Arizona Poison and Drug Information Center vital to slowing the spread of the virus.
July 19, 2021 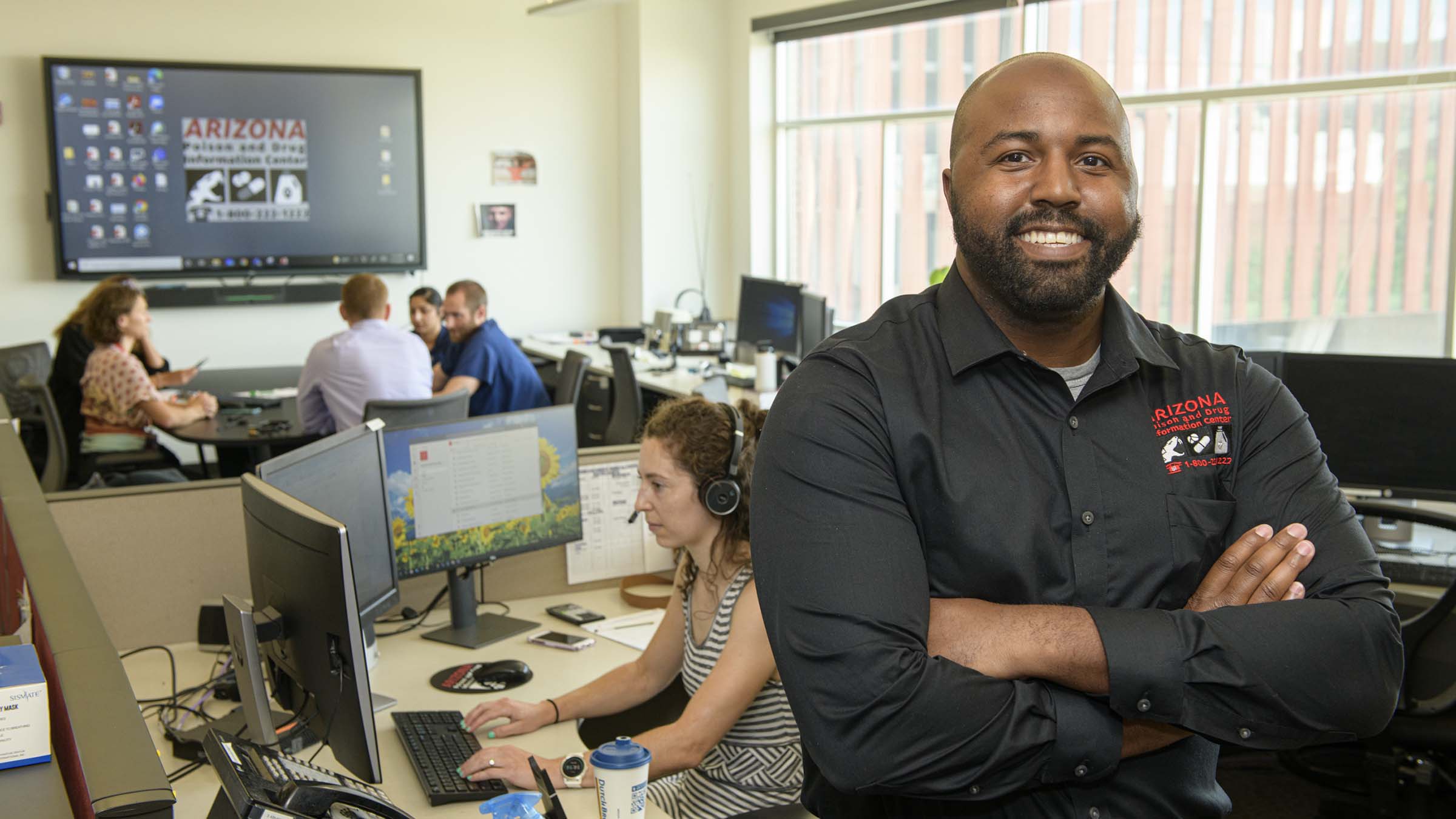 Steven Dudley, PharmD, director of the Arizona Poison and Drug Information Center, said the center handled 10,000 calls on one day after pivoting to become a COVID-19 information center.

When the first wave of COVID-19 related closures began in March 2020, the Arizona Poison and Drug Information Center (AzPDIC) mobilized what they thought would be a similar response to previous health emergencies. Having been a resource for hospitals and health departments during the Zika and H1N1 outbreaks in years prior, center director Steven Dudley, PharmD, DABAT, assumed this would be no different.

“This isn't the first time we stepped up. Every time there's been an outbreak or epidemic, the Arizona Poison Center has been there,” said Dr. Dudley. “But like everyone else, we had no idea what we're about to walk into. We knew it was going to spread, but we had no idea it would spread like it did.” 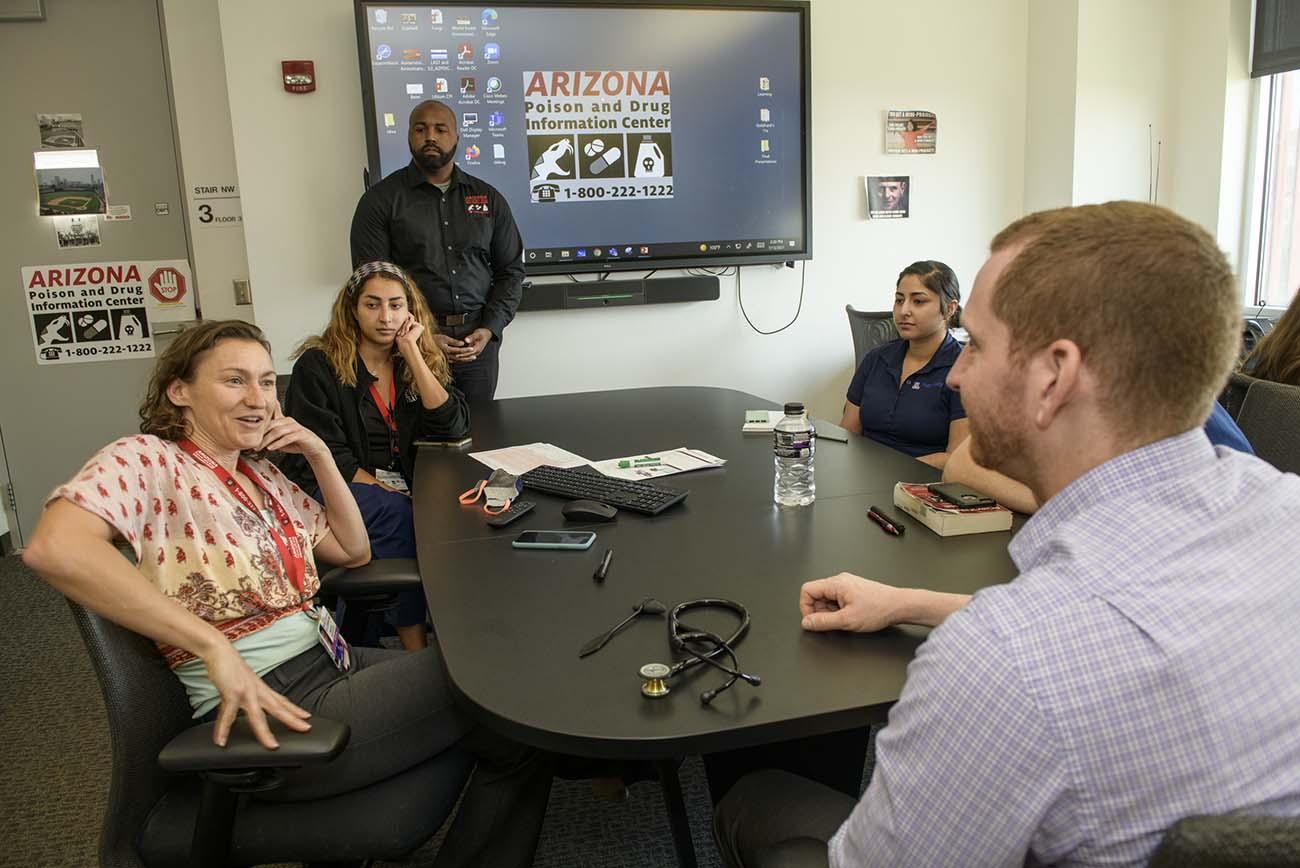 AzPDIC’s combination of skills, speed and ability to mobilize health care experts made it the first stop for the Arizona Department of Health Services (ADHS) when COVID-19 was identified in the state in early 2020. AzPDIC manages a 24/7 toll-free call center staffed by pharmacists, nurses and physicians who are all trained in toxicology and can speak to health care providers as well as the general public.

AzPDIC has access to real-time data on hospitalizations around the country because of their membership in the national network of poison centers. This data allows them to spot trends and alert state health departments to potential threats early on.

In addition, AzPDIC’s organizational structure was designed to be adaptable and agile, allowing the center to move to fully functioning crisis response in days.

All of that combined to make Dudley’s team the central information hub for nearly the entire state, providing real-time updates as well as combating misinformation spread on social media. Between March 2020 and March 2021, the center would recruit more than 40 health care members, including undergraduate pre-pharmacy and public health students, to answer over 320,000 phone calls from the public, with as many as 10,000 calls received in one day. The team also would complete 48,346 telehealth consults, twice the number of consults conducted in 2019.

“I think this was the first time where we had to scale up to meet the demand. For the first time, we had that relentless demand for information from the public,” recalled Dr. Dudley. “There were days where it felt like the Wolf of Wall Street movie in here because we just had phones ringing off the hook.”

AzPDIC began in 1953 as an informal way of sharing information with local physicians who were seeing patients suffering from the poisonous effects of household cleaning products. Dr. Albert Picchioni, then a professor at the College of Pharmacy, developed a card catalog listing ingredients to household products. Copies of the files were kept at the college and sent home with faculty who volunteered to answer emergency calls after hours.

“People's lives were actually on the line. Being able to step in and provide timely and correct information was critical.”Steven Dudley, PharmD, DABAT, Arizona Poison and Drug Information Center director

Since that time, the center has grown to become an around-the-clock life-saving resource staffed by medical professionals that has helped millions of Arizonans.

When the pandemic hit, the center established another hotline to handle COVID medical-based questions from health care providers in addition to guidance on poisonings. As the need for information grew, the hotline grew with it, morphing into a resource that could answer any COVID-related question.

Calls ranged from where to get a test, to how long should you quarantine after exposure, to what businesses should require of their staff and customers. And with ever-evolving guidance coming from the Centers for Disease Control and Prevention and the state, the team spent countless hours on the phone each day with individual county health officials confirming how things would be handled in their area.

“The state had a response and then every county had their own response,” said Dr. Dudley. “At one point, because we cover 14 counties, we had to be prepared to provide people with information on any one of those 14 different plans. It was a very tall task that required a lot of communication.”

The center became a resource for the public and a respite for county health officials. With the center manning phone lines, epidemiologists across the state were given enough time to set up contact tracing programs and develop plans of action that they might not have been able to do otherwise. By taking the brunt of the calls, the center protected counties from being overwhelmed so they could stay operational.

When the vaccine became available and distribution sites began opening up around the state, the center took on the additional task of helping people schedule appointments. In many rural counties, where populations lack high-speed internet or access to reliable technology, the center was the only resource people could turn to. A rough estimate shows that the center helped schedule more than 3,300 people for a vaccine.

Isolation and confusion made many people across the globe turn to social media to stay informed. At the same time, the technology we rely on to keep us connected was being used to spread misinformation, making the center’s job that much more difficult. 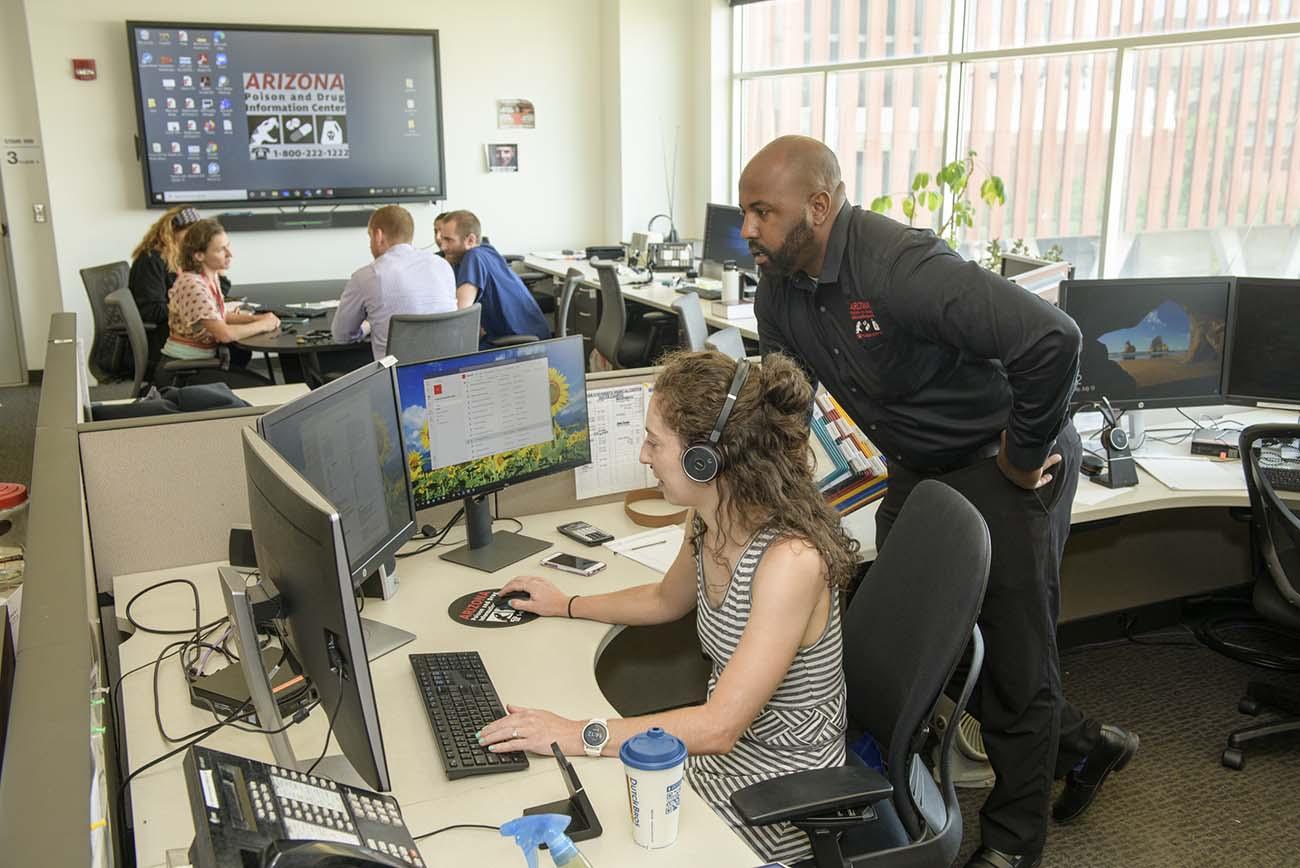 “We had to figure out how to communicate to people the reality of what was happening, because otherwise the uncontrolled spread was going to be catastrophic,” said Dr. Dudley. “People's lives were actually on the line. Being able to step in and provide timely and correct information was critical.”

The center’s work was invaluable in helping to combat not only the spread of the virus but also the falsehoods around it. They focused on making up-to-date information quickly accessible through their phone tree and call center, as well as on managing expectations by letting the public know that things were rapidly changing. As the first call center to get up-and-running, the Poison Center would also help train successive teams, including the state’s 2-1-1 hotline, helping expand the list of available public information resources.

While the center has seen a steady decrease in COVID-related calls, the phone lines remain open.

The team is hopeful that the relationships built with county and state health officials will solidify the center’s role as more than just a leader in poisonings and clinical care, but as an essential public health resource. Their long-term goal? Boost funding.

“Our goal is to continue to improve our output and improve our services so that we can have stable funding,” said Dr. Dudley. “By achieving that, we can ensure that we will be here to respond to the next thing that happens, because there will be a next thing.”