Students from the College of Medicine – Phoenix are helping fill a need for supplies on the Navajo Nation during the COVID-19 pandemic.
May 5, 2020 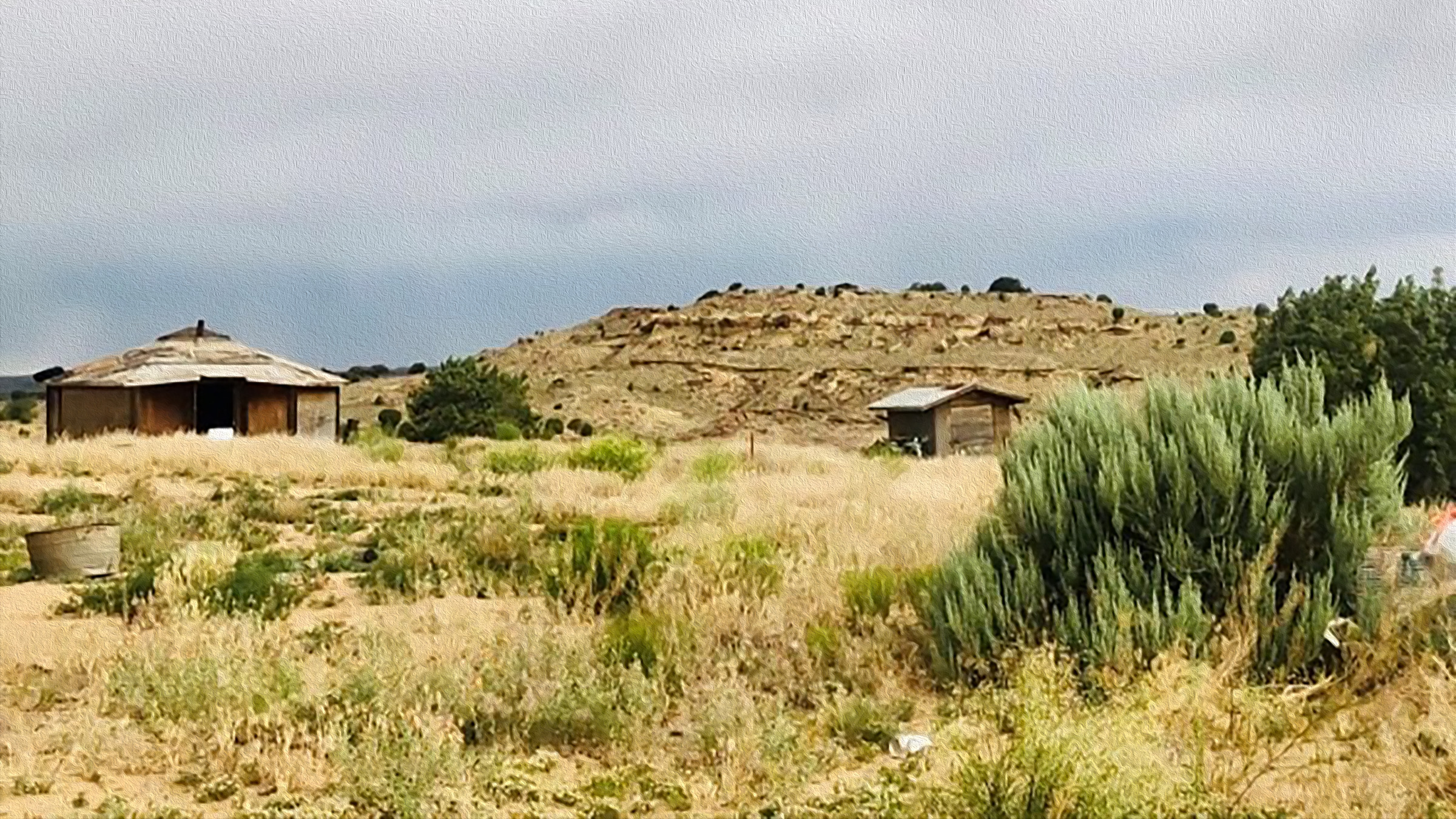 Medical students from the College of Medicine – Phoenix deliver essential supplies to residents of the Navajo Nation during the COVID-19 pandemic.

The University of Arizona Health Sciences community has once again proven to be united and civic-minded as staff and students use their skills to meet the emotional and physical needs of individuals in Arizona. 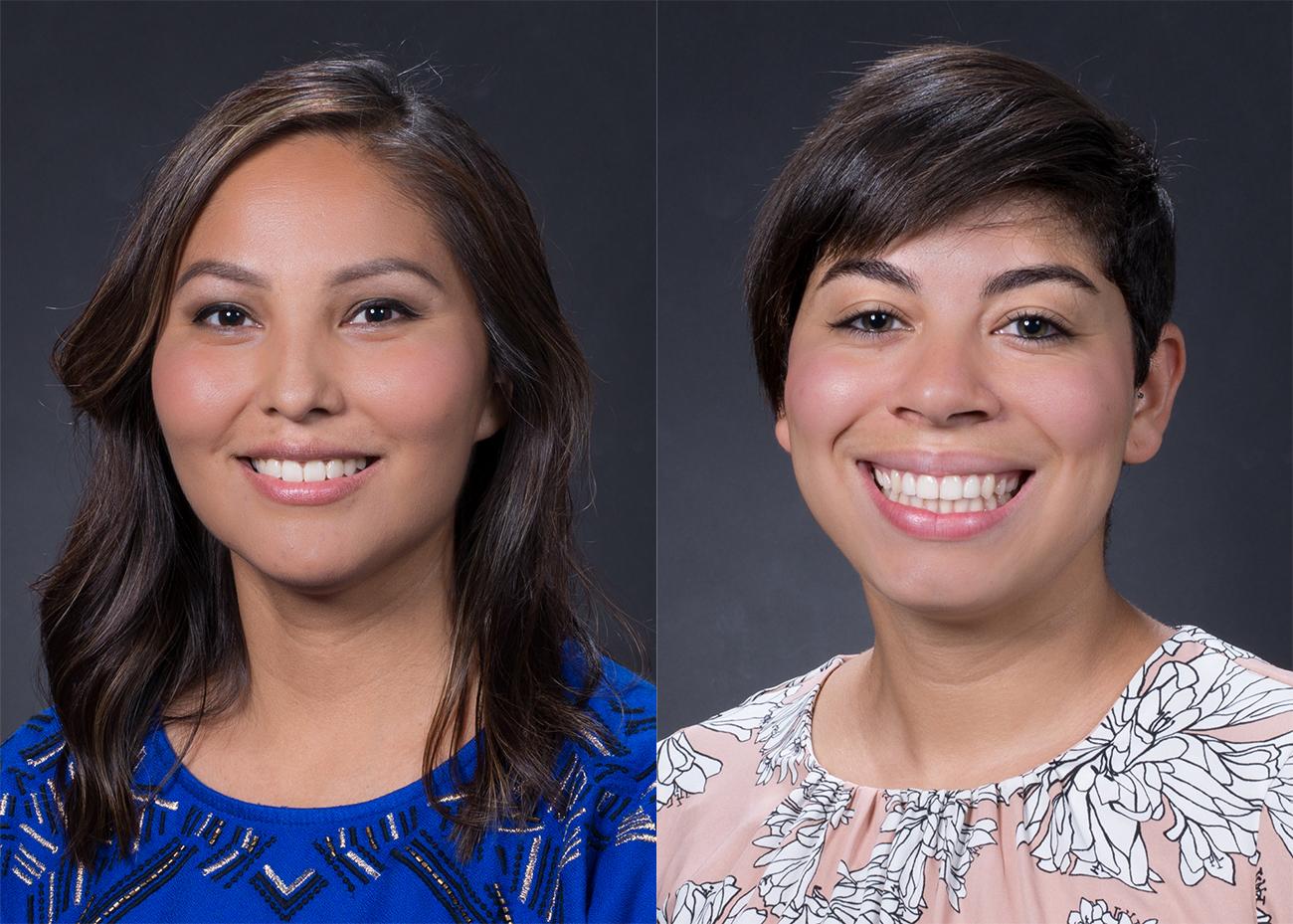 College of Medicine – Phoenix fourth-year medical students Lorna Rapaich and Krichelle White exemplify that spirit. They were inspired to lend a hand to the Navajo community of Hardrock, Arizona, during the COVID-19 pandemic.

Rapaich, who is a member of the Navajo Nation and originally from Hardrock, wanted to do something after she became aware of the hardships the remote area is facing during the pandemic. Hardrock is a census-designated area in Navajo County, covering 78,100 acres in northeast Arizona with more than 1,100 people.

“Sometimes the smaller communities are often forgotten about, or they are the last to receive any aid. This was very unsettling for me,” said Rapaich. “I wanted to find a way to lessen the burden for not only my family, but for other members of the Hardrock community.”

“I wanted to find a way to lessen the burden for not only my family, but for other members of the Hardrock community.”Lorna Rapaich, fourth year medical student, College of Medicine - Phoenix

The Navajo Nation has been hit hard by COVID-19 due to the many vulnerabilities of the population, Rapaich explained. There is a higher proportion of individuals with underlying medical conditions that affect not only the elderly but also children and middle-aged adults. Some residents lack running water and refrigeration. Coupled with the fact that many households are multi-generational, it has been difficult to contain the spread of the virus.

Additionally, communities in rural Arizona have a limited number of grocery stores, which makes planning ahead and making minimal trips to the store almost impossible because many items are out of stock. Due to the distance to the nearest grocery store, making the trip can be financially draining as well.

The virus has forced the local boarding school to close and the school lunch program has ceased, leaving an increased need for more food at home. Rapaich said all those needs prompted her to organize a campaign. 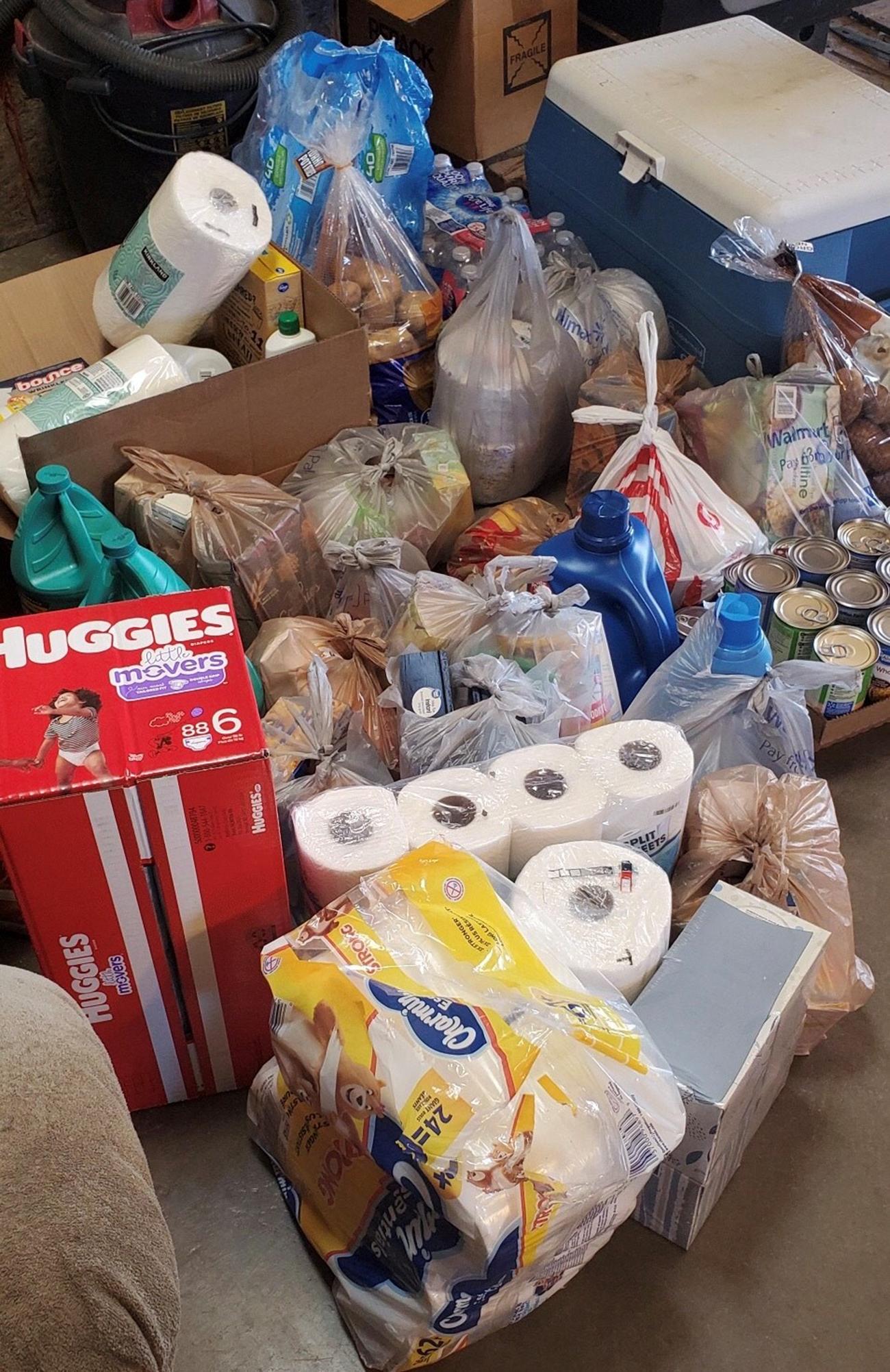 She brought the idea to her friend and classmate Krichelle White, who initiated and organized a social media campaign to raise awareness and gather donations from classmates and members of the community.

All monetary donations were used to purchase food baskets for the elderly and families with school-aged children, which were assembled and delivered by a Hardrock general store.

White said the donations were well received. “They were happy to know that they were not forgotten,” she said.

After they collected the items, they worked with Germaine Simonson, who owns the Rocky Ridge Gas + Market, to assemble and distribute the food baskets. Those who distributed the goods wore personal protective equipment and had no contact with elders in the community.

“It truly was a matter of just helping out one another,” Rapaich said. “As students, we may not have a lot to give, but we have a little, and sometimes that is enough to make a big difference.” 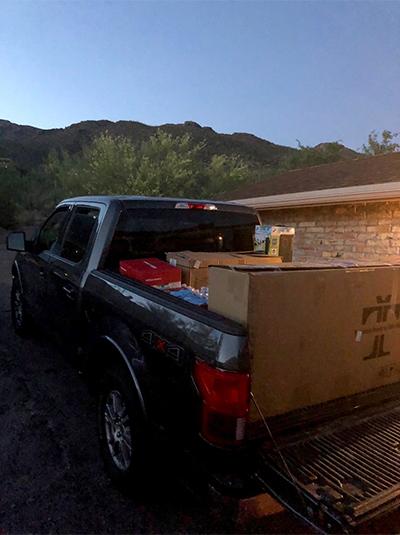 This is one of several efforts underway at the University of Arizona to assist the Navajo Nation’s response to the pandemic. Kathleen Rodgers, PhD, associate director of the Center for Innovation in Brain Science, also undertook a supply drive.

She put out a request to the Center’s associates in early May, asking for needed supplies of flour, sugar, beans, rice canned goods, water and cleaning supplies. The team came through in a big way, and she drove a truck full of supplies to the Nation this week. Dr. Rodgers is no stranger to the Navajo Nation, having worked with the tribes for more than 25 years. She is the lead on a program that is helping to train native students and prepare them for research careers in neuroscience.

Part of this story was originally published by the College of Medicine – Phoenix.