The University of Arizona College of Medicine – Phoenix’s Deveroux Ferguson, PhD, has been named one of 1,000 Inspiring Black Scientists in America by Cell Mentor, an online resource from Cell Press and Cell Signaling Technology that provides early-career researchers with career insights, publishing advice, and techniques on experimental processes and procedures. 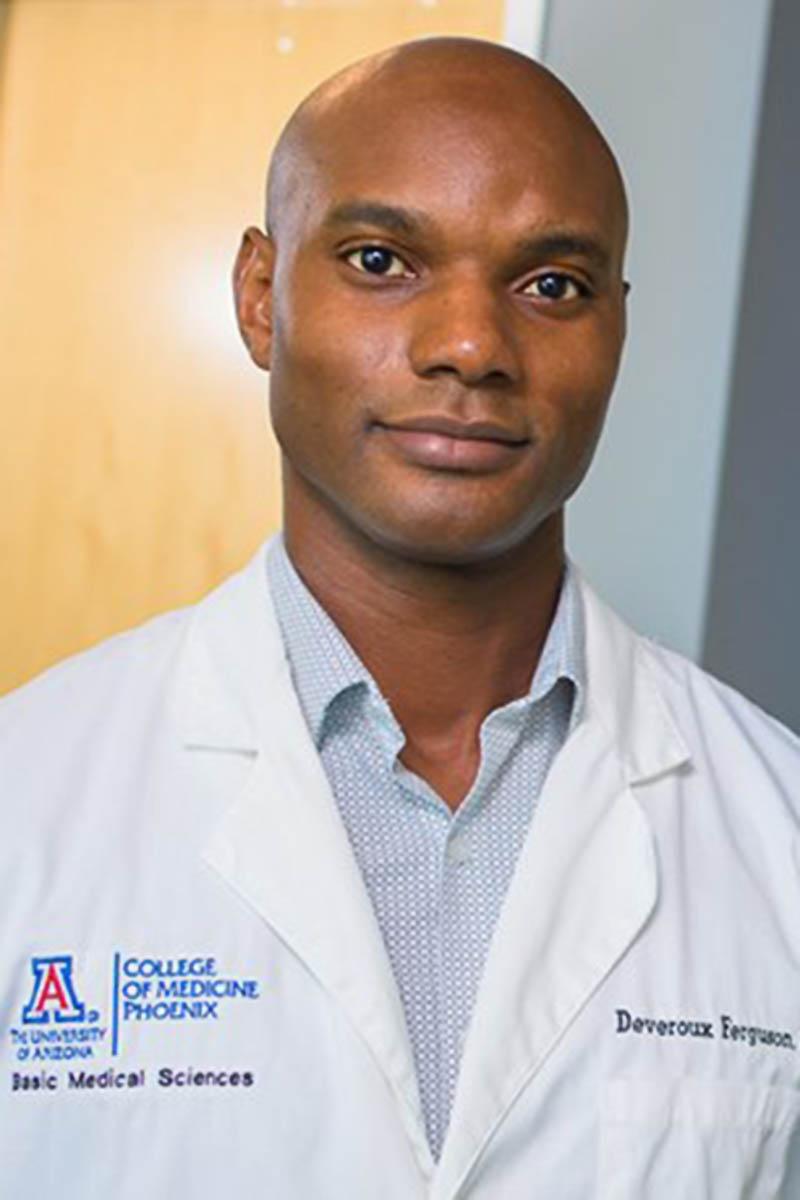 An associate professor in psychiatry and basic medical sciences, Dr. Ferguson focuses on mental illness, particularly depression, and is investigating a new class of treatments for neuropsychiatric disorders. While most drugs used to treat depression were developed 50 years ago and adjust the levels of serotonin or dopamine in the brain, Dr. Ferguson has his sights on a gene called SIRT1, which is activated by chronic stress.

“An urgent need exists to design and develop new therapeutics,” Dr. Ferguson said in a 2017 press release. “My research seeks to discover and characterize novel antidepressants.”

Personal experience motivated Dr. Ferguson to turn his attention to the study of depression.

“In high school, I had some friends who were severely depressed to the point of being somewhat suicidal,” he said in a 2015 Faculty Spotlight. “I think that drove me toward trying to figure out what it is about the brain and exposure to different environmental conditions that can drive someone to such desperate measures. My interest in neuroscience developed from a desire to understand consciousness and the self.”