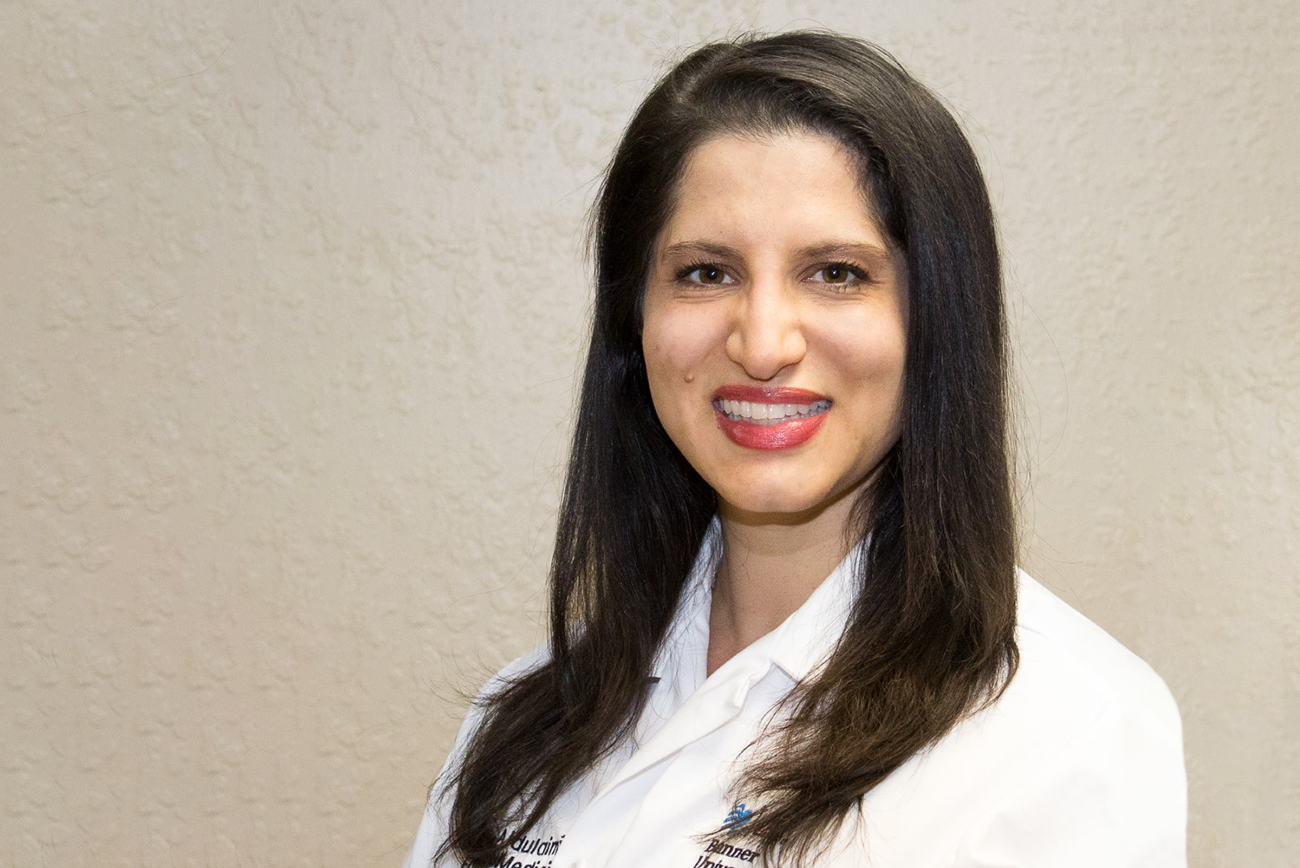 “I am honored and humbled to have received this award. It means more to me than I can say,” Dr. Aldulaimi said. “It has always been my goal to make an impact in our community. The fact that the people in our community have recognized me as being a great physician is an incredible honor.”

Dr. Aldulaimi is an associate professor in the Department of Family and Community Medicine. She is a native Tucsonan and a University of Arizona Health Sciences alumna, having completed an undergraduate degree in physiology and a medical degree at the College of Medicine – Tucson. As a medical student, she did several rural, underserved and global health rotations, including trips to Mexico and Honduras.

“My parents are immigrants from the Middle East and always taught me the importance of service and giving back to the community,” Dr. Aldulaimi said. “I feel honored to be able to give back to the vulnerable populations in the city where I was raised, and to be able to make a positive impact in our community.”

After graduating from the College of Medicine – Tucson in 2011, she did her residency at UArizona Health Sciences’ South Campus Family Medicine Program, with her last year as chief resident. During residency, Dr. Aldulaimi developed a global health track at South Campus, and now serves as the co-director of the track. After residency, she worked in rural Alaska practicing family medicine.

In 2014, she returned to the College of Medicine – Tucson and Banner University Medicine, where her passion is training residents to work in underserved areas both domestically and abroad. Her areas of interest include global health, rural health, under-resourced medicine, simulations, emergency scenarios and code blues, and maternal-child health.

“The reason I went into medicine was to take care of underserved and vulnerable populations. It is the reason I chose University of Arizona for both medical school and residency, and the reason I am still here in Tucson practicing and teaching,” Dr. Aldulaimi said. “It is also amazing to be able to help train the next generation of family physicians to practice in underserved areas themselves.”

In August, the Arizona Daily Star took nominations in a variety of categories, including for Best Primary Care Physician, and put the top nominees to a vote by readers, who cast their ballots by text or online. Dr. Aldulaimi was selected from three finalists in her category, and a virtual award ceremony was held on Sept. 15.