Theresa Cullen, MD, MS, is the University of Arizona College of Medicine – Tucson‘s 2021 Alumni of the Year. A 1983 graduate of the college who also is a clinical associate professor in the Department of Family and Community Medicine, Dr.Cullen was recognized Nov. 4 during the 2021 Alumni of the Year Awards Ceremony.

For Dr. Cullen, the COVID-19 pandemic has been a trial by fire. She was appointed Pima County Health director in April 2020 after a successful 27-year U.S. government career in public health and medical informatics. She landed right in the thick of local and statewide efforts to understand and rein in the spread of SARS-CoV-2, the novel coronavirus that causes COVID-19. Still, she’s seen similar if not quite as global, challenges. 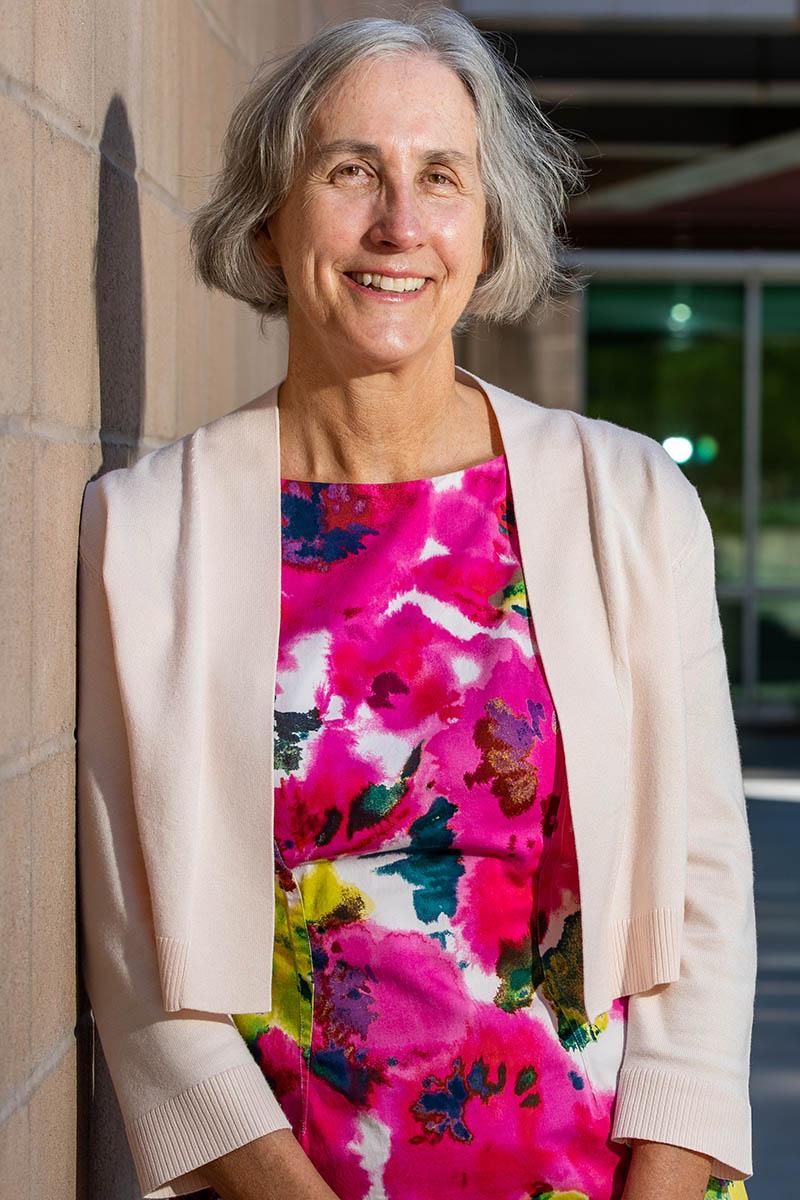 Her deployments included stints on the Gulf Coast during Hurricanes Katrina and Rita in 2005 and in West Africa during the 2014-16 Ebola outbreak, where she set up a maternity unit for Ebola patients in Freetown, Sierra Leone.

“There was an international cry for people to come deploy,” said Dr. Cullen. “Remember, there was this belief there would be hundreds of thousands of people dying from Ebola. My oldest daughter said to me, ‘Mom, we knew you were going to go. We just didn’t know when you would figure out you needed to go.’ It is the most difficult clinical situation I’ve ever been in in my life. The amount of death and suffering were pretty unconscionable.”

During the 10 years prior to taking the Pima County position, she flew home on weekends to Tucson or worked remotely from here. Wanting more global exposure, she left the VA in 2015 to work with the Regenstrief Institute, a world health research entity focused on informatics, services and aging at Indiana University, where she became associate director of global health informatics. In the following five years, she spent most of her time overseas, deployed largely to India and Africa. All of her deployments, especially Sierra Leone, prepared her for COVID-19.

“What I learned from Ebola has been helpful here, and some of it is this concept of systems thinking,” Dr. Cullen said. “We really approached COVID here from that viewpoint of health system strengthening. You ensure there’s a consistent approach. You implement based on that. You train based on that. You monitor based on that. You prevent, diagnose and treat, and then you work with your communities.”

What’s made Pima County more successful than other Arizona counties in its pandemic response is that approach, along with more open communications, political support and cooperative communities, she added. In January, Pima County Health ran one of the country’s first large vaccination planning exercises with the aim of giving 300,000 vaccines in three months. “Everybody thought, including myself, we were being very audacious,” she noted. “We ended up giving 420,000 vaccines. We’re not out of the woods by any means, but we’re in a much better position.”

Dr. Cullen said she was humbled to be named the college’s alumni of the year. “I’m not a researcher. I haven’t discovered a cure for anything. I’ve done a life of service that I am blessed to have had the opportunity to do, and with a family that’s been really supportive. We’ve, as a family, made conscious decisions about my position and work to ensure it was consistent with my moral compass, which is that you’re supposed to make the world better,” Dr. Cullen said.

“For me it feels like recognition that a life of service matters and is important to the university.”