Next Generation of Physicians Celebrated at White Coat Ceremony 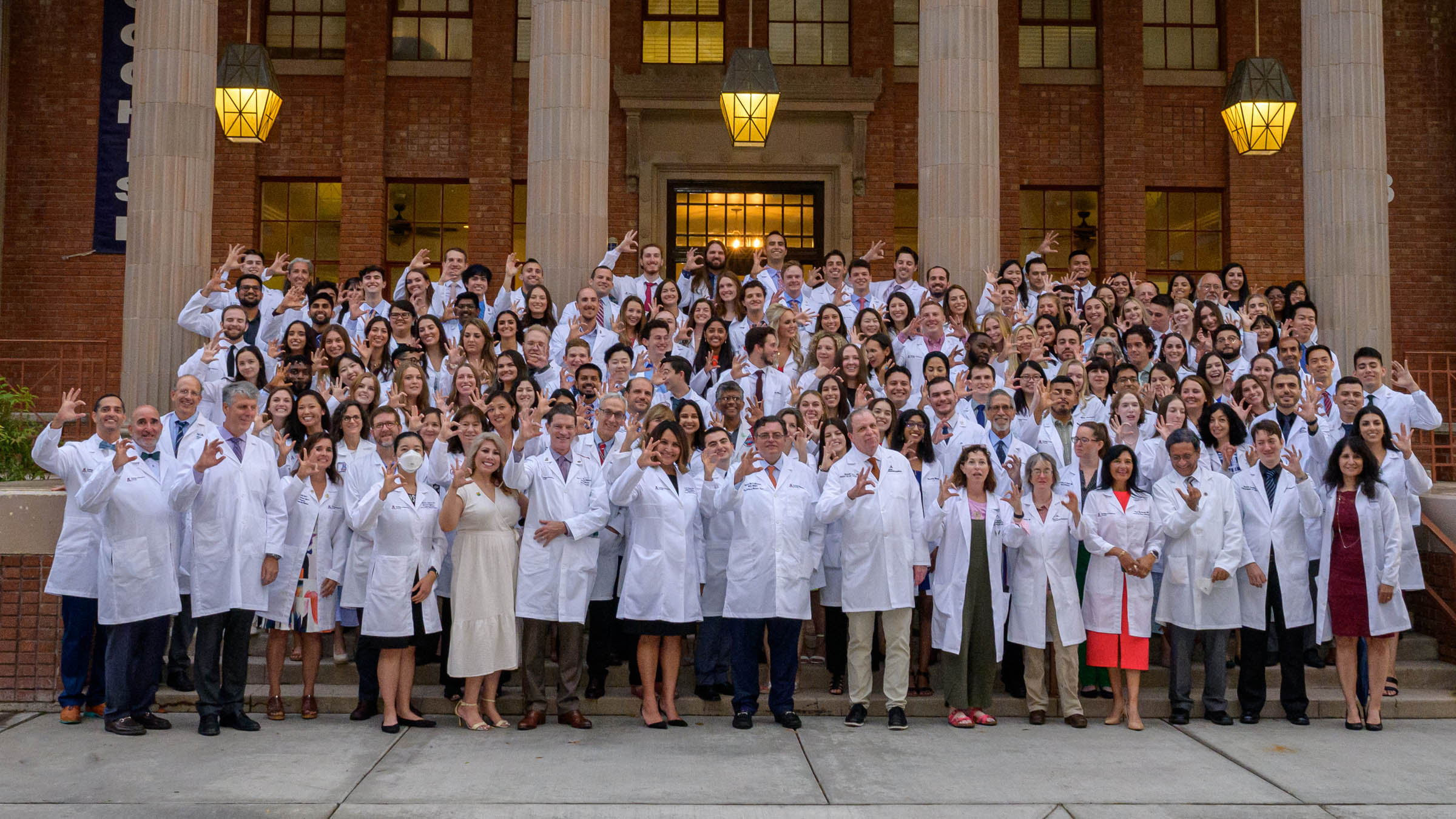 College of Medicine – Tucson medical students received their white coats in a ceremony that celebrates their future profession.

Next Generation of Physicians Celebrated at White Coat Ceremony

Members of the University of Arizona College of Medicine – Tucson Class of 2026 took part in a White Coat Ceremony recognizing their entry into medicine with their first physician’s white coat, the garment of their future profession.

“In tonight’s ceremony, you will don the doctor’s white coat and recite and sign a mission and vision statement that recognizes the special bond you will develop with your colleagues and your teachers, and that you will establish with your patients over the next four years,” Kevin Moynahan, MD, the college’s vice dean for education and a professor of medicine, told students.

The White Coat Ceremony is a rite of passage in most U.S. medical schools. The first University of Arizona College of Medicine – Tucson White Coat event was held in 1995 and has been a tradition for incoming medical students ever since. The Arnold P. Gold Foundation established the first white coat ceremony in 1993 at Columbia University in New York.

Celia P. Valenzuela, MD, interim vice dean for diversity, equity and inclusion, assistant professor of obstetrics and gynecology and a member of the College of Medicine – Tucson Class of 2002, spoke at the ceremony.

“When you put on your white coat today, you will officially become a physician in training,” Dr. Valenzuela said. “No other rite of passage has ever carried so much symbolism and meaning for me. The memory of this moment, along with the oath that you will soon take, will be something that you will carry with you for the rest of your life.”

She also spoke about the importance of establishing trust with patients.

“The ability to establish a connection with patients is what makes a physician most impactful. It’s how we build trust,” she said. “Get to know your patient. Ask them about their families, their culture, why they’re there to see you, what their fears are, what they hope to get out of their visit with you.” 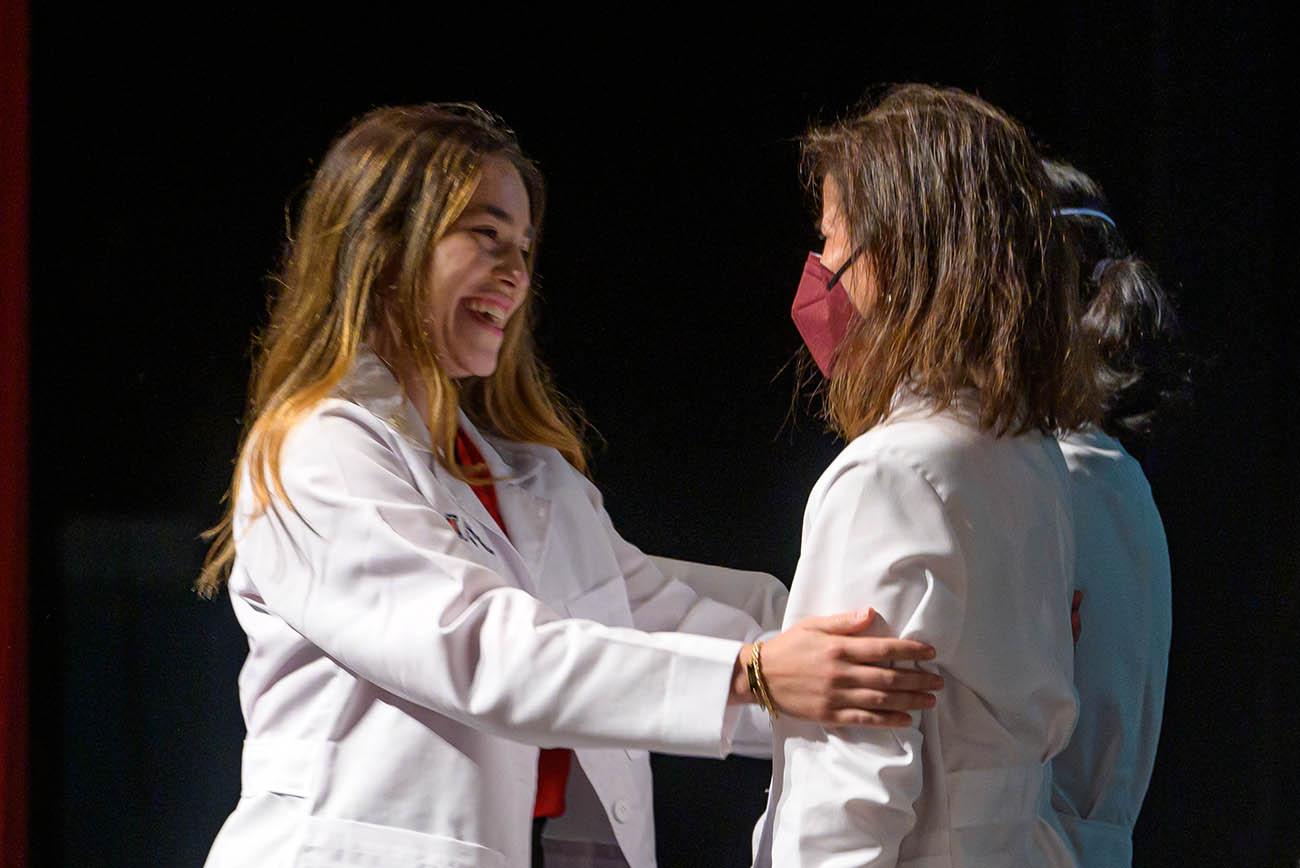 Angela Rosé Monetathchi grew up near Palm Springs, California, with two healers in the family. Her grandfather was a urologist and her father’s uncle a Comanche medicine man who practiced in Tucson. After obtaining a degree in psychology at Chapman University in Orange, California, she decided to follow in her relatives’ footsteps and pursue a degree in medicine.

She moved to Tucson and worked on her medical school prerequisites while working full time, collaborating with Jennifer Erdrich, MD, MPH, MFA, assistant professor of surgery at the College of Medicine – Tucson, supporting a research project on health disparities in breast cancer among Indigenous women.

“I didn’t grow up on a reservation, and I’m not as connected with my tribe as I would like to be,” Monetathchi said. “Here’s this amazing opportunity to do cancer research with an American Indian physician [Dr. Erdrich]. It opened my eyes to the disparities out there, and it sparked a passion to give back to my community and help in any way I can.” 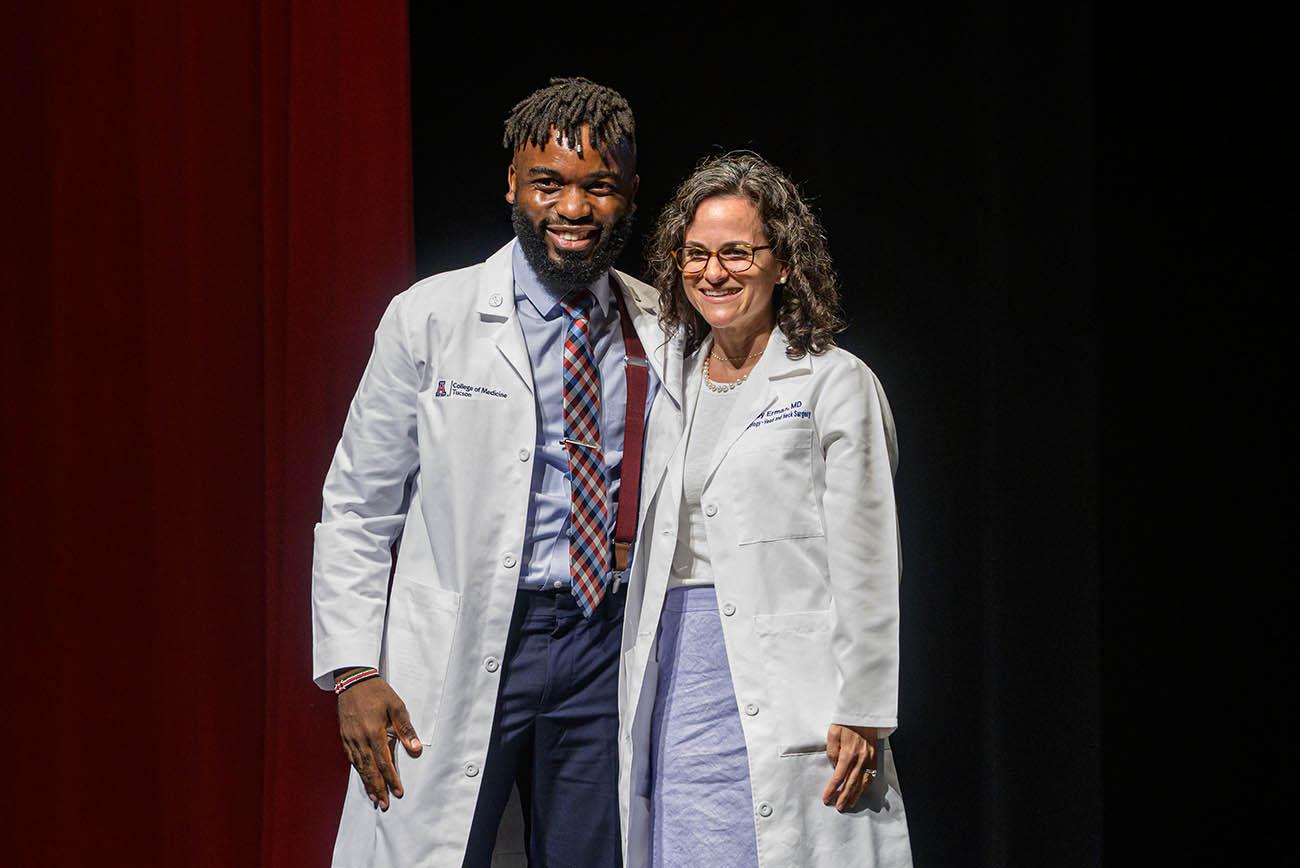 As a 12-year-old in Cameroon, Atehkeng (Ateh) Zinkeng, PSM, saw the promise of medicine when his little brother was hit by a car, suffering a complex fracture. With no orthopedic surgeons in the city, his brother was at risk of losing his leg until missionary doctors arrived in the region and were able to treat him.

After several years in the industry, Zinkeng enrolled in the MD-PhD program at the College of Medicine – Tucson to pursue his passion for medicine and research. His early memories in Buea, where doctor shortages and high costs put medicine out of reach for many, keep him motivated.

“The vulnerable and underserved communities are close to my heart,” Zinkeng said. “Being able to serve such communities and reduce the gaps in our health care systems is important to me.” 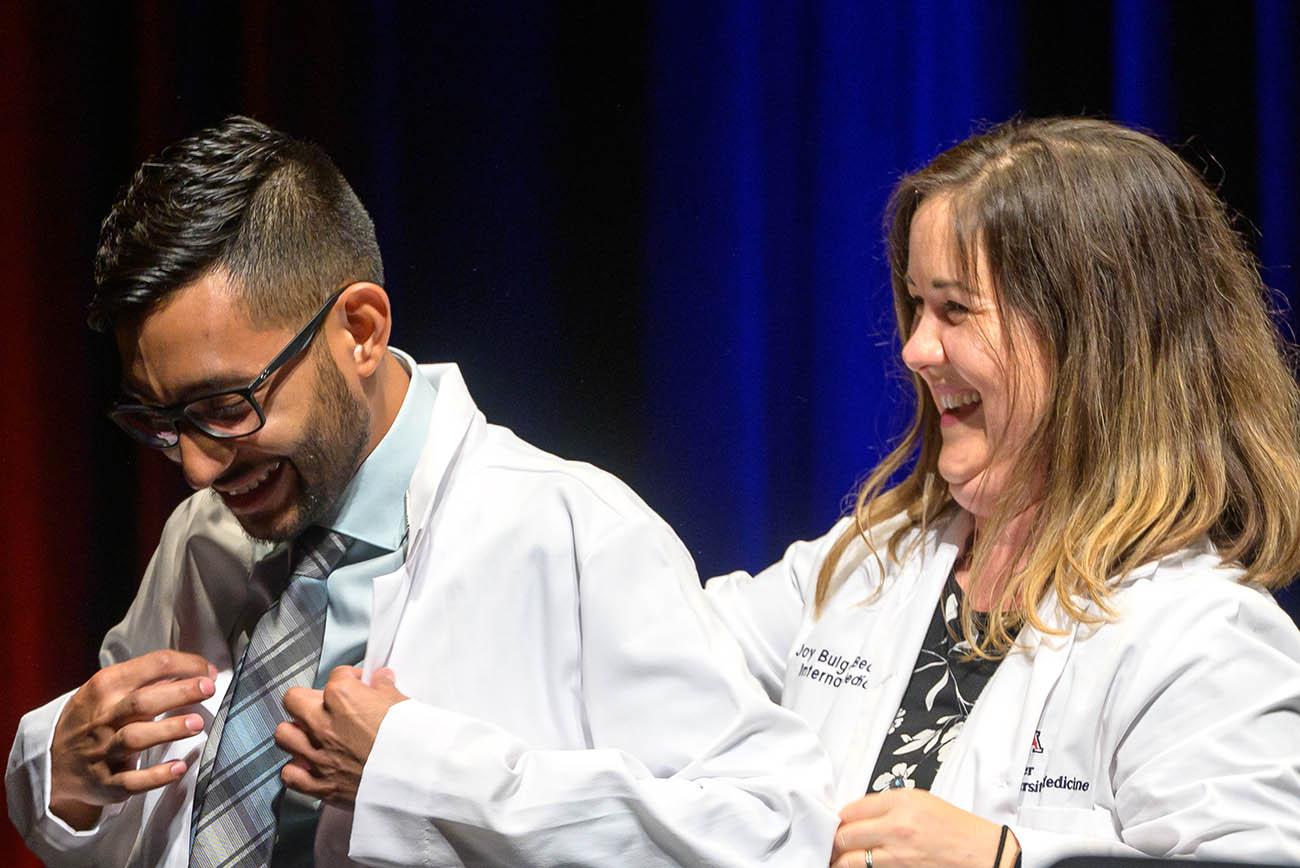 First-generation college student Eddie Vargas describes himself as “Tucson born and raised.” He has been connected to the University of Arizona since childhood, when his family received care at University Medical Center, then a part of the College of Medicine – Tucson. He got his first taste of medicine there when he interpreted for his parents, who were immigrants from Nicaragua.

In the 10th grade, he was diagnosed with chronic immune thrombocytopenia, a clotting disorder. His pediatrician, Maria Theodorou, MD, clinical assistant professor of general pediatrics in the College of Medicine – Tucson, encouraged Vargas’s interest in medicine by answering his questions about the field and introducing him to medical students during his appointments.

“She’s a huge reason why I decided to go to medical school,” Vargas said. “She was always encouraging: ‘You’re gonna do it, Eddie! You’re gonna be such a great doctor!’ I remember actually being excited to go to the doctor.”

Vargas enrolled in the University of Arizona as an undergraduate, earning his bachelor’s degree in neuroscience and cognitive science. He gained hands-on lab experience studying Parkinson’s disease under the mentorship of Julie Miller, PhD, associate professor of neuroscience.

“I learned so much about the nitty-gritty parts of research,” he recalls. “Studying molecular biology is important, but I realized there was another aspect I really longed for: the patient side of it. That’s where I made the turn from molecular biology to medicine. Each step has provided confirmation that this is what I was meant to do.”