Researchers targeted a common sodium ion channel to reverse pain and saw positive results that could lead to a non-addictive solution to treat pain.
November 10, 2021 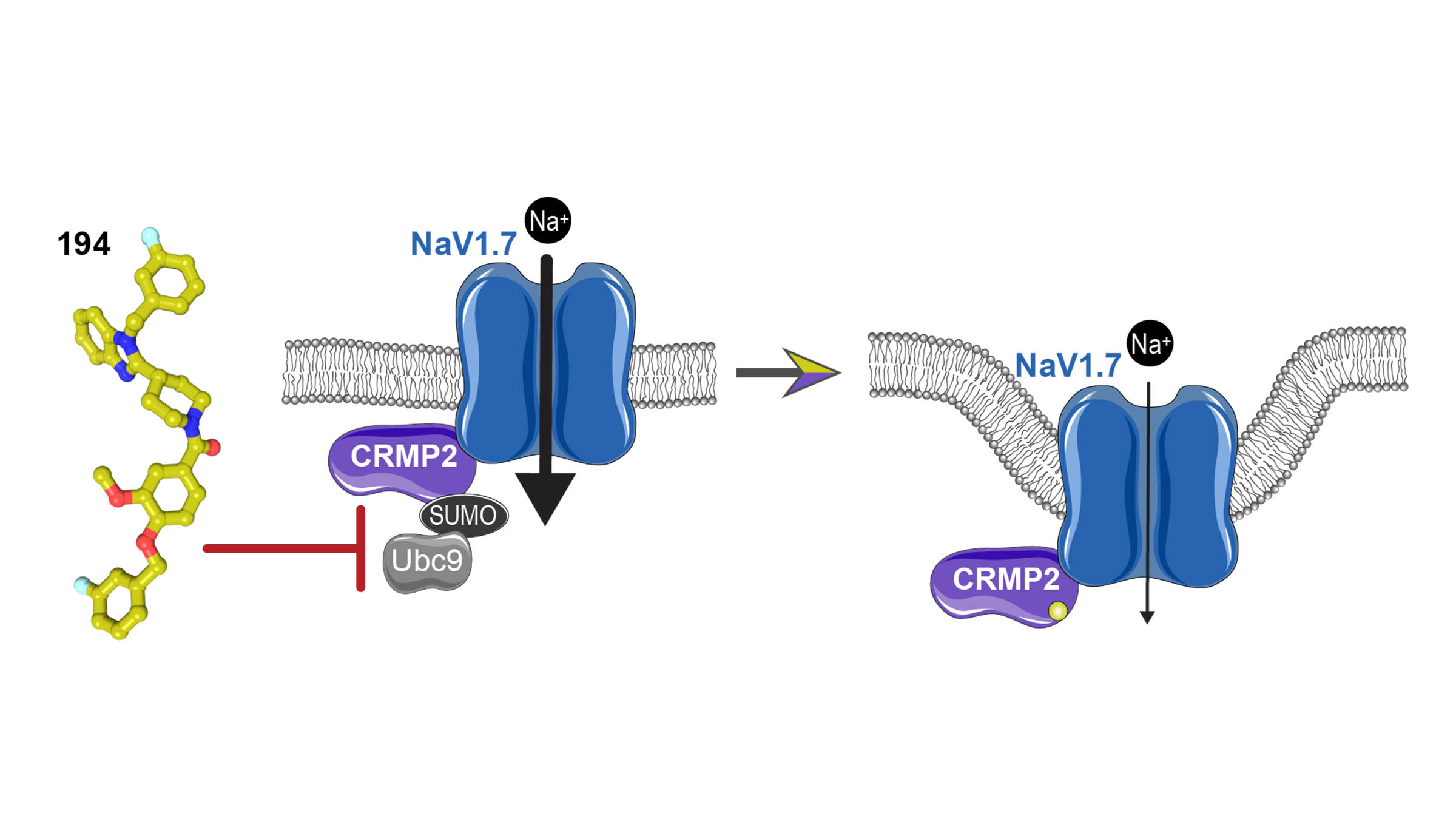 Compound 194 (left) was developed by researchers to uncouple the interaction between CRMP2 and the enzyme Ubc9, which indirectly regulates the sodium ion channel NaV1.7. A new study showed that the resulting reduction in sodium currents reduced pain. (Image: Samantha Perez-Miller, Aude Chefdeville and Rajesh Khanna)

Researchers at the University of Arizona Health Sciences are closer to developing a safe and effective non-opioid pain reliever after a study showed that a new compound they created reduces the sensation of pain by regulating a biological channel linked to pain. 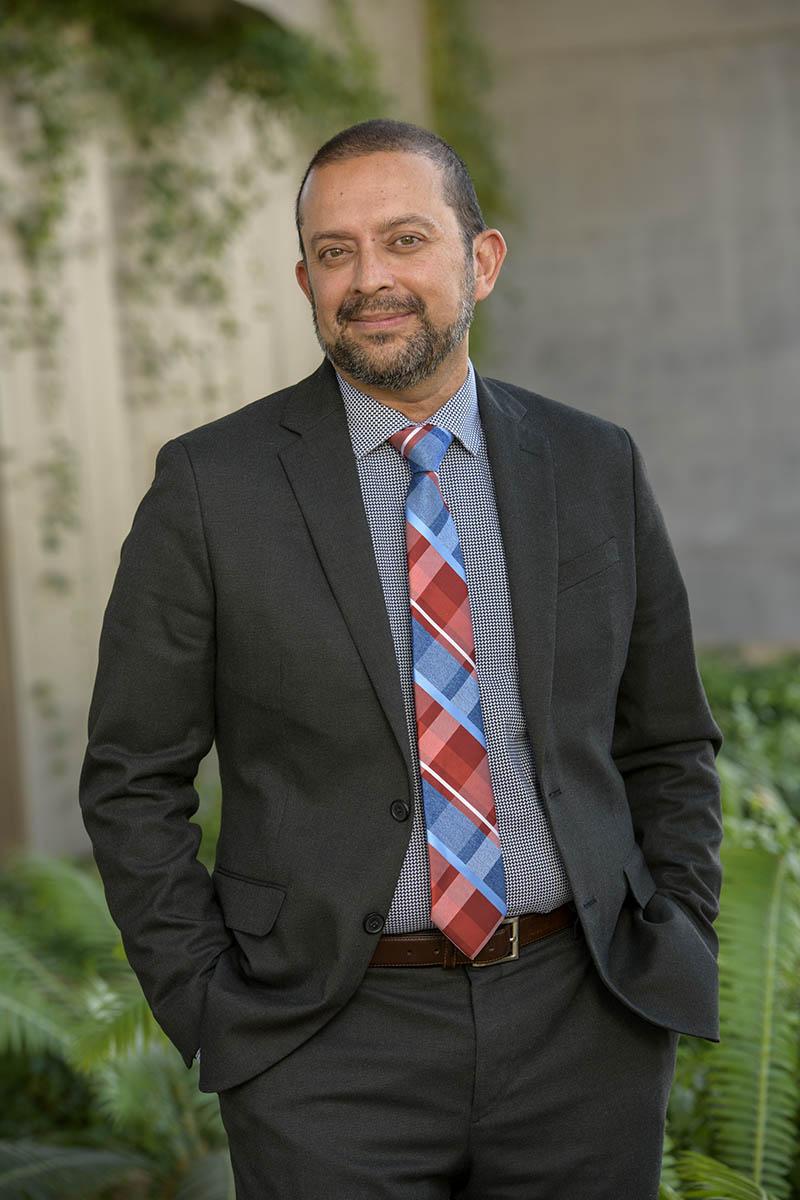 Most people experience pain at some point in their lives, and the National Institutes of Health estimates 100 million people in the U.S. suffer from chronic pain. Approximately 21-29% of patients prescribed opioids for chronic pain misuse them and 8-12% of people using an opioid for chronic pain develop an opioid use disorder, according to the National Institute on Drug Abuse. In 2019, nearly 50,000 people in the U.S. died from opioid-involved overdoses.

“Drug discovery for chronic pain is at the forefront of this research, and it's being amplified by the intersection of the COVID-19 pandemic and the opioid epidemic,” said Rajesh Khanna, PhD, associate director of the UArizona Health Sciences Comprehensive Pain and Addiction Center, professor of pharmacology in the UArizona College of Medicine – Tucson and a member of the BIO5 Institute. “Drug discovery is a very arduous process. Our lab looked at a fundamental mechanism of pain, came up with a way to differentiate it from those before us and found a compound that has potential as a new non-opioid treatment for pain.”

The paper, “Selective targeting of NaV1.7 via inhibition of the CRMP2-Ubc9 interaction reduces pain in rodents,” was published today in Science Translational Medicine.

The biological mechanism at the heart of the research is NaV1.7, a sodium ion channel that previously was linked to the sensation of pain through genetic studies of people with rare pain disorders.

Nerve cells, or neurons, use electrical currents to send signals to the brain and throughout the body, and sodium ion channels are vital to a cell's ability to generate those electrical currents. When a neuron is stimulated, the NaV1.7 channel opens and allows positively charged sodium ions to cross the cell membrane and enter the previously negatively charged cell. The change in charge across the cell membrane generates an electrical current, which increases the excitability of the neuron and sets in motion a cascade of events that leads to pain. 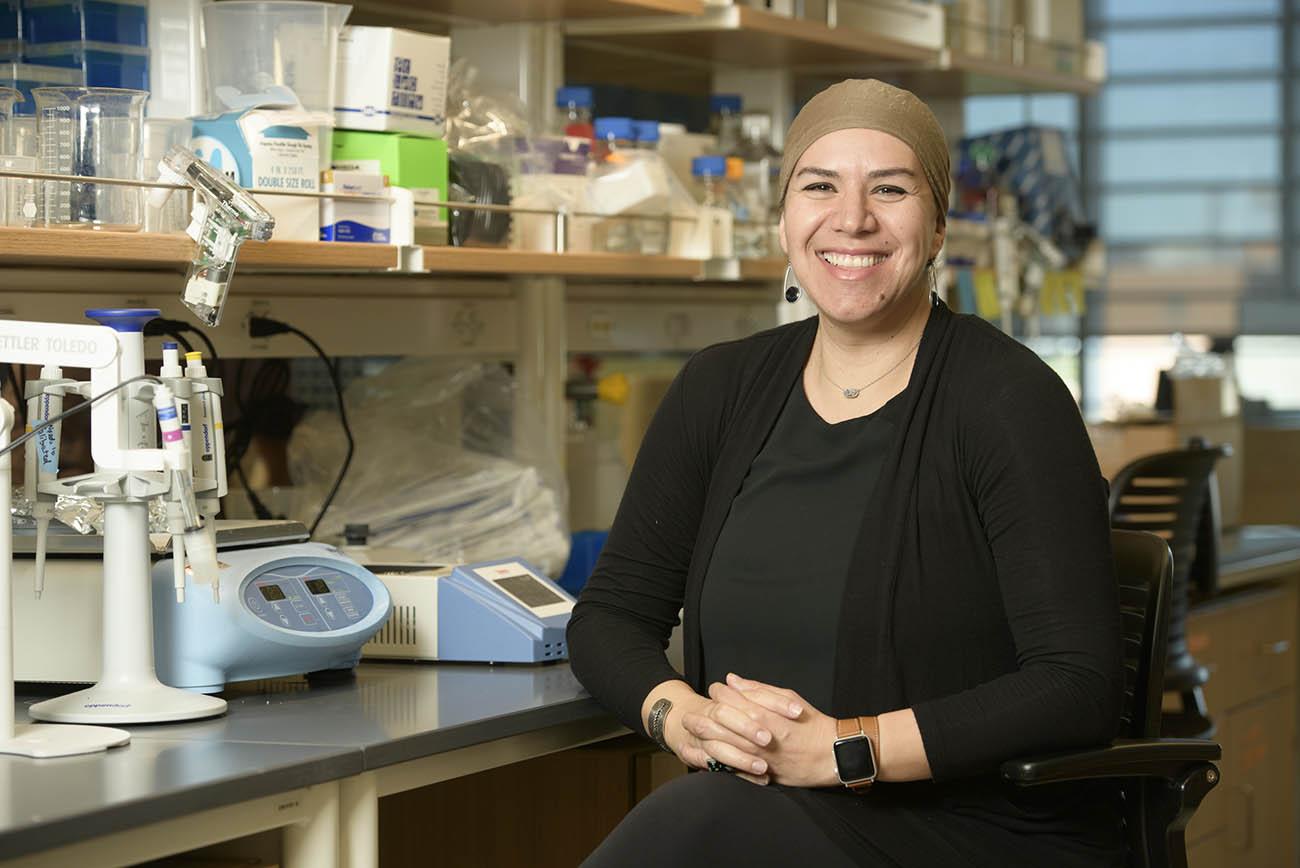 Because NaV1.7 is a human-validated target for pain, multiple attempts have tried to stop pain by using sodium ion channel inhibitors to block NaV1.7. None have been successful. Dr. Khanna and his team took a different approach – rather than block NaV1.7, they wanted to indirectly regulate it.

Using a compound they designed and dubbed 194, the team successfully regulated NaV1.7 activation in the laboratory using nerve cells from four different species, including humans. In animal models, 194 was effective in reversing pain in six different pain models in both sexes.

Researchers also found that 194 may promote pain relief by activating the body’s endogenous, or naturally occurring, opioid system. Once produced, endogenous opioids activate receptors that produce physiological changes such as pain relief. And 194 did so without causing motor performance issues, depressive behaviors or addiction.

Finally, Dr. Khanna and the team observed a synergistic effect when 194 was combined with morphine and gabapentin. This is a promising sign that 194 could be used in a dose-reduction strategy for painkillers that have negative side effects, including opioids, while maintaining high levels of pain relief.

Dr. Khanna’s prior research identified a protein, collapsin response mediator protein 2 (CRMP2), and an enzyme, Ubc9, that both play a role in NaV1.7 activation. CRMP2 is a protein that binds to NaV1.7 and transports it to the cell membrane, where sodium ions are then transferred into the cell. Ubc9 is an enzyme that tags CRMP2 with another protein – a small ubiquitin-like modifier protein – to specifically direct control of NaV1.7.

Building on this knowledge, Dr. Khanna and the team set out to determine if they could directly regulate the activity of NaV1.7 by blocking Ubc9 from interacting with CRMP2. Team members including May Khanna, PhD, associate professor of pharmacology and BIO5 Institute member, Vijay Gokhale, PhD, associate research professor in the BIO5 Institute, and Samantha Perez-Miller, PhD, researcher and scientist in the Department of Pharmacology, examined 50,000 existing small molecules to identify the ones with a structure similar to Ubc9. 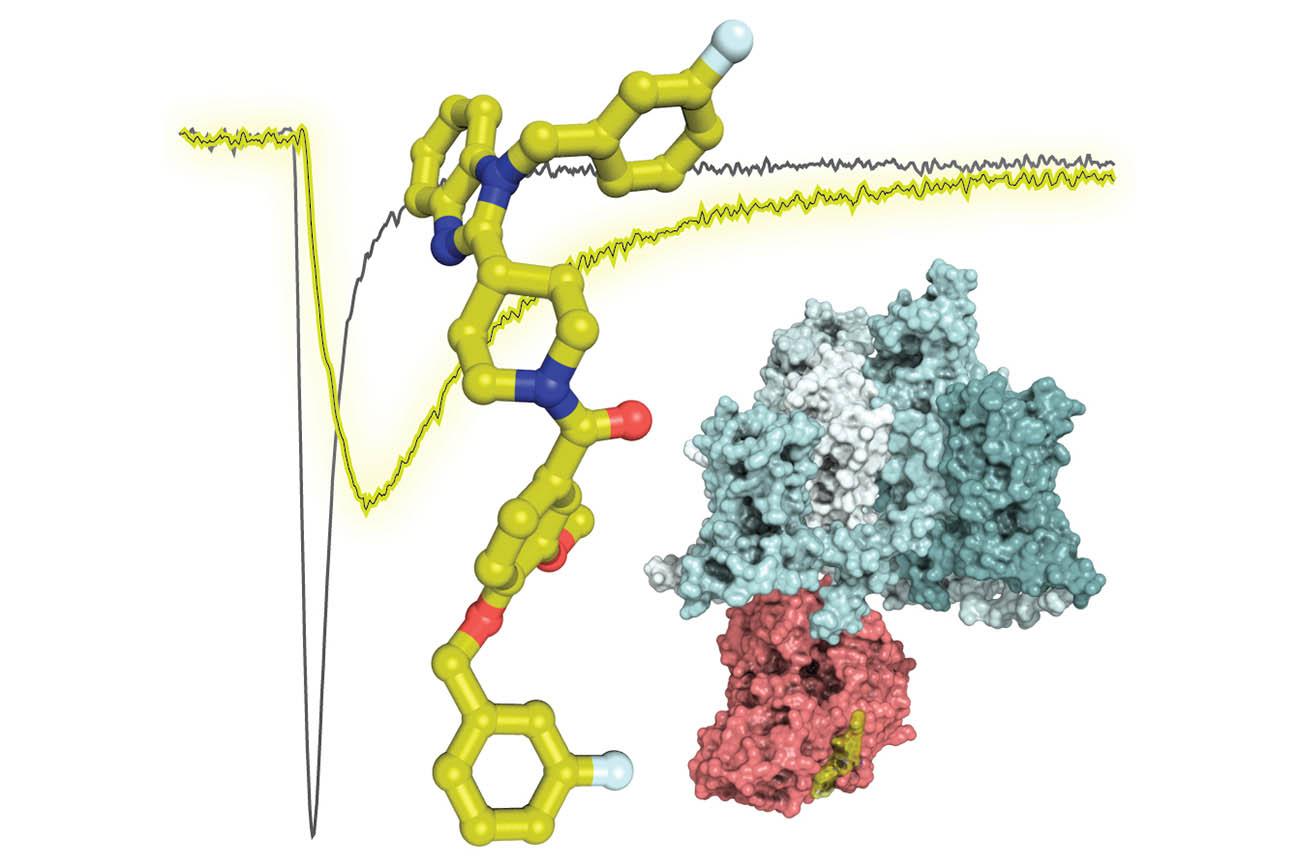 They selected less than 50 of the closest matches, which were then tested in Dr. Khanna’s laboratory to see if their presence would suppress the influx of sodium through NaV1.7. The findings were promising, so the team set their sights on developing a unique, more effective compound.

The result was 194, which UArizona patented and licensed to startup Regulonix LLC through Tech Launch Arizona, the UArizona office that commercializes inventions stemming from university research. Drs. Khanna and Gokhale founded Regulonix LLC in 2016 to address the growing opioid epidemic by developing new, non-addictive ways to treat pain and commercializing those innovations.

While 194 shows great promise for pain relief, Dr. Khanna and the team have been working with the National Institutes of Health’s National Center for Advancing Translational Sciences to optimize the compound. In this case, an NCATS team is primarily focusing on improving 194’s half-life – the time it takes for a drug to reduce by half in your body – and its drug-like properties.

It is an important step in optimizing the compound’s potential as a pain-relieving drug and advancing to the next stage, where researchers will file for Food and Drug Administration approval to begin clinical trials.