Medicaid expansion under the Affordable Care Act led to fewer diabetic foot amputations among underserved adults, according to a new study.
May 5, 2022 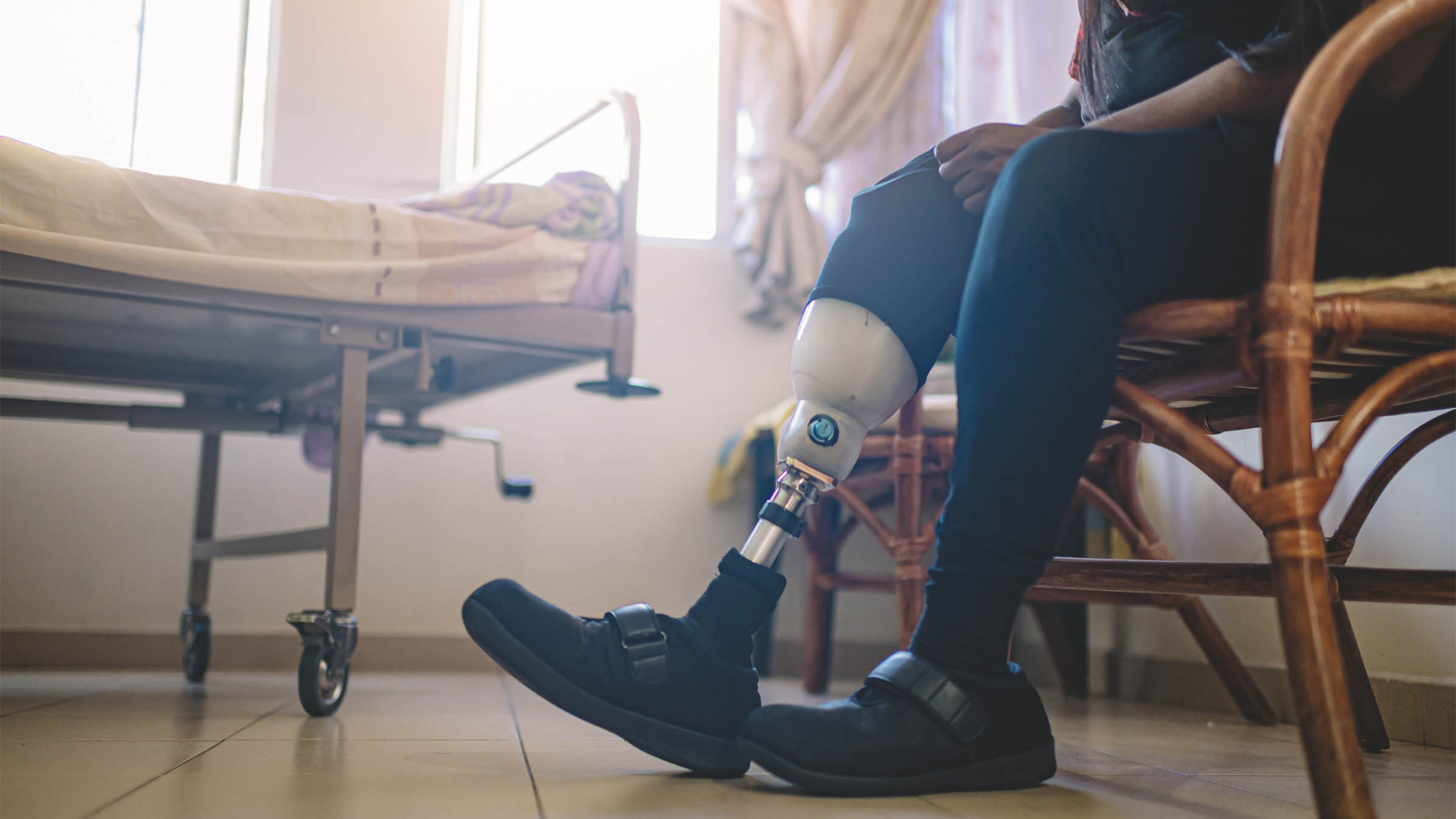 Expanded access to insurance coverage was accompanied by an improvement in limb salvage care, according to the results of a study led by University of Arizona Health Sciences researchers.

Rates of hospitalization and major amputations among racial and ethnic minority adults with diabetic foot ulcers decreased in states that adopted Medicaid expansion under the Affordable Care Act (ACA), according to researchers at the University of Arizona Health Sciences. 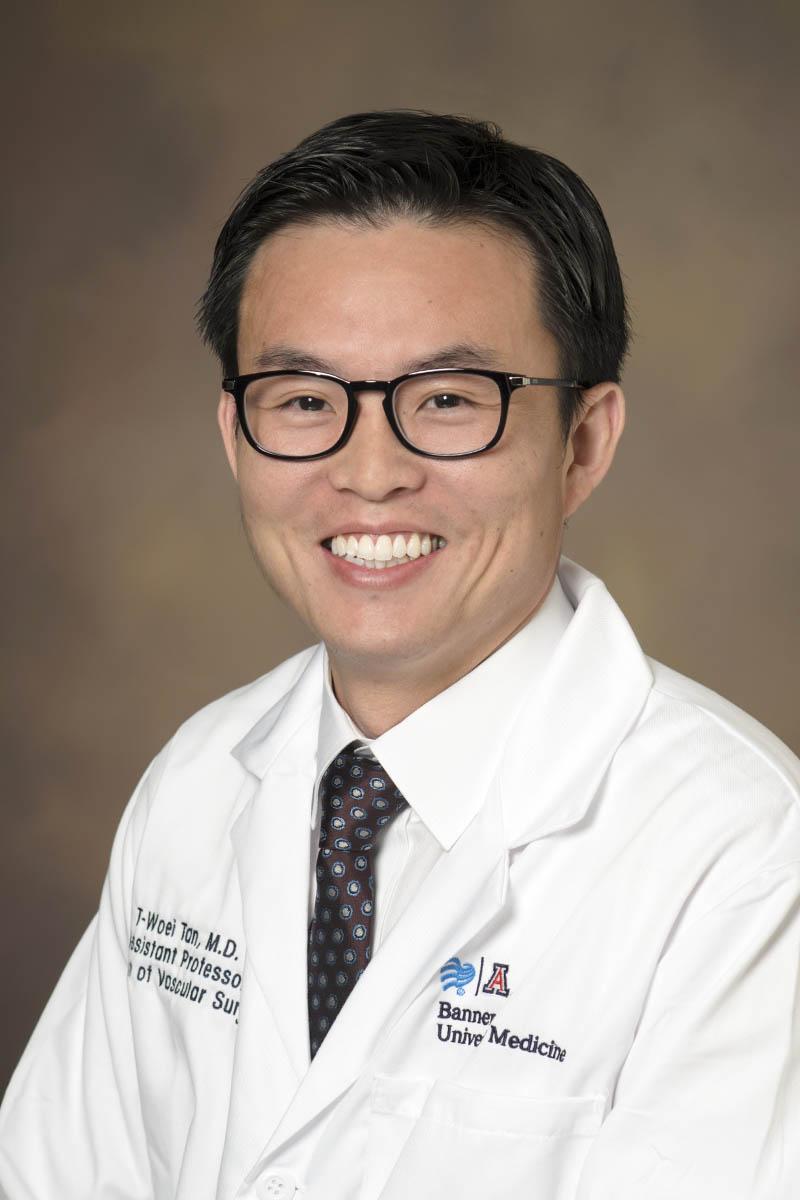 Diabetic foot ulceration and amputation have serious health and financial implications, and the disproportionate rate at which it occurs among patients in lower socioeconomic groups is a largely recognized issue within the fields of medicine and vascular surgery. The study is one of few to explore health care policy and examine patient outcomes connected to increased access to insurance coverage, according to lead author Tze-Woei Tan, MBBS, MPH, FACS, associate professor of surgery at the UArizona College of Medicine – Tucson.

“There are many reasons that lead to elevating the rate of amputation for vulnerable and underserved populations, one of which is health insurance coverage,” said Dr. Tan, a vascular and endovascular surgeon in the Department of Surgery. “Our data suggest that if you expand insurance coverage to those in need, they could receive better care and have improved outcomes.”

The paper, “Rates of Diabetes-Related Major Amputations Among Racial and Ethnic Minority Adults Following Medicaid Expansion Under the Patient Protection and Affordable Care Act,” was published in the Journal of the American Medical Association Network Open.

The study examined 115,071 hospitalizations for diabetic foot ulcerations among 20- to 64-year-old racial and ethnic minority adults – African American, Asian and Pacific Islander, American Indian or Alaska Native, Hispanic and adults of other racial or ethnic identification. Researchers compared rates of amputation in select early-adopter areas where Medicaid was expanded prior to 2014 – 12 states and Washington D.C. – with amputation rates in seven states that did not expand Medicaid at that time.

Diabetic foot ulcerations and accompanying amputations are a leading cause of mortality for patients with diabetes and carry a heavy financial burden for patients and the health care system.

In 2017, the five-year mortality rates for ulcerations and minor and major amputations were 30.5%, 46.2% and 56.6%, respectively, according to prior research by senior author David G. Armstrong, professor of surgery at the Keck School of Medicine of USC and podiatric surgeon with Keck Medicine of USC. In comparison, the five-year pooled mortality for cancer was 31%.

Additionally, racial and ethnic minority adults with diabetes are more likely than white adults to delay care until they have a more advanced foot infection and extensive comorbidities. Diabetic foot ulceration and amputation leads to reduced physical function, a lower quality of life, decreased mobility, and an increase in hospitalization and mortality.

“There's a window where we can intervene before the amputation, and that’s why we need to focus on treating patients before they reach an advanced state,” Dr. Tan said. “Our findings suggest that expanding access to insurance coverage is accompanied by an overall improvement in limb salvage care.”

Co-authors from the University of Arizona include Shannon Knapp of the BIO5 Institute’s Statistics Consulting Lab; Wei Zhou, MD, professor and chief of the Division of Vascular Surgery in the Department of Surgery; Adelina Lane, medical student in the College of Medicine – Tucson; David Marrero, PhD, professor in the UArizona Mel and Enid Zuckerman College of Public Health and director of the UArizona Health Sciences Center for Health Disparities Research; and Kent Kwoh, MD, professor in the College of Medicine – Tucson, director of the Arizona Arthritis Center and chief of the Division of Rheumatology. Other co-authors are David Armstrong, PhD, DPM, professor of surgery at the University of Southern California’s Keck School of Medicine and founder and co-director of the Southwestern Academic Limb Salvage Alliance; and Elizabeth Calhoun, PhD, MEd, associate dean and professor of population health at the University of Kansas Medical Center.