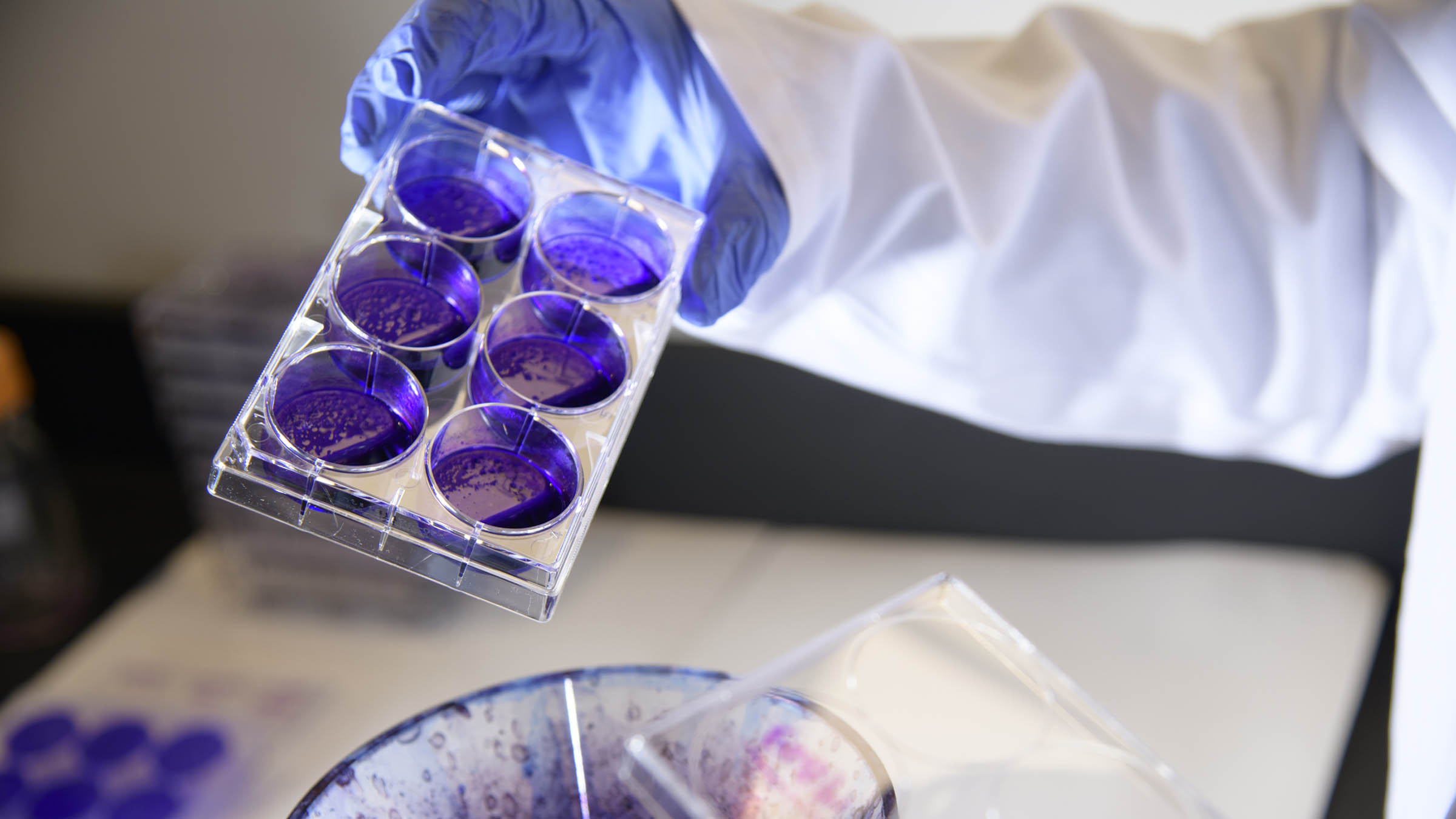 The National Institutes of Health awarded more than $133 million in grants to University of Arizona Health Sciences researchers in 2020-2021.

The University of Arizona Health Sciences received more than $133 million in National Institutes of Health (NIH) funding in 2020–2021, with several colleges showing improvements in the Blue Ridge Institute for Medical Research national rankings, released in mid-February.

The Blue Ridge Institute for Medical Research is a nonprofit organization that ranks U.S. medical schools by NIH grant awards each year. The NIH is the largest public funder of biomedical research in the world. NIH-funded research has led to breakthroughs and new treatments helping people live longer, healthier lives, and building the research foundation that drives discovery. 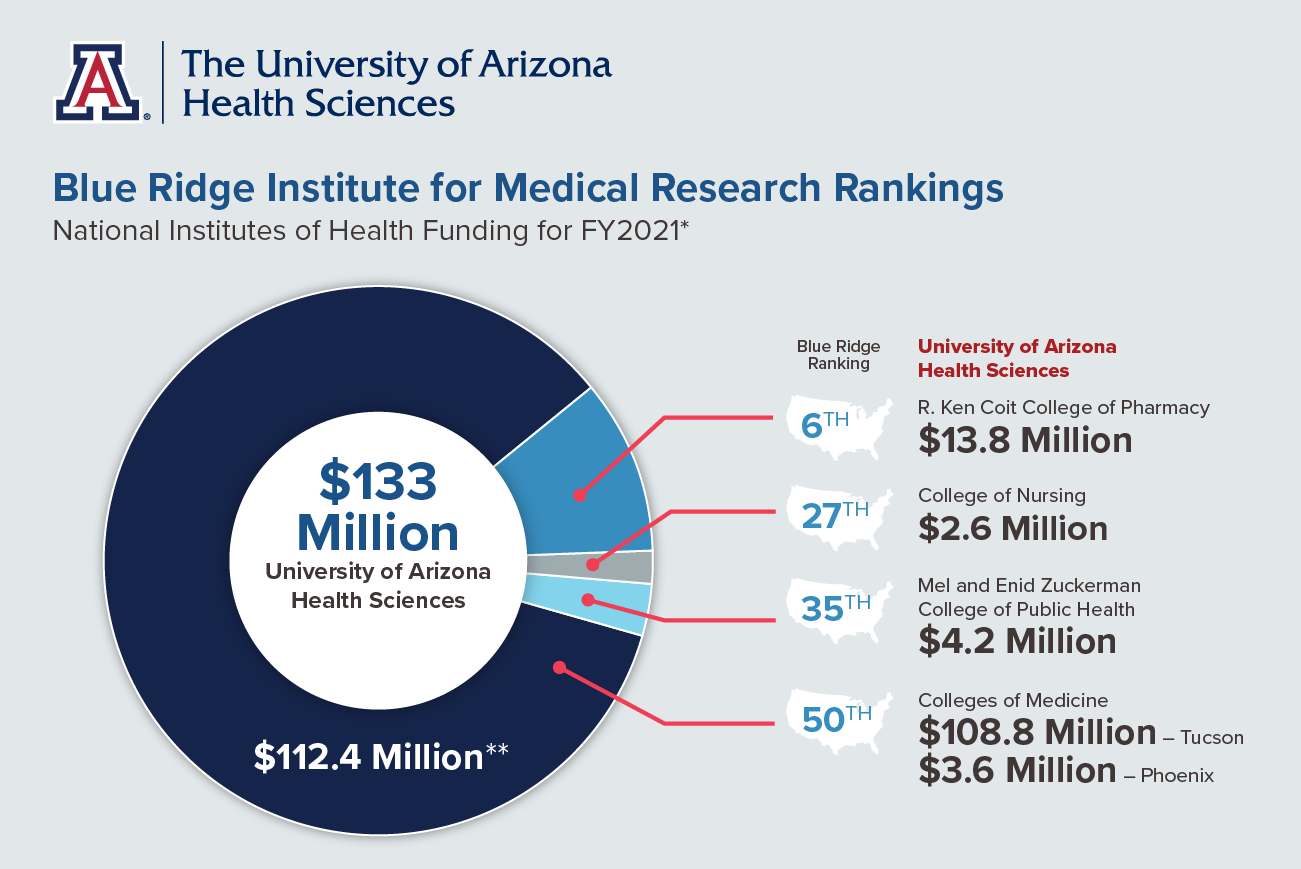 Some of the College of Pharmacy’s largest NIH grants were received by: Jeannie Lee, PharmD, BCPS, BCGP, FASHP, assistant dean for student services and associate professor whose NIH-funded projects are focused on improving hypertension medication adherence in older adults; and Hongmin Li, PhD, who holds the R. Ken and Donna Coit Endowed Chair in Drug Discovery and is working to identify new therapeutic targets for several diseases including those caused by flaviviruses, including West Nile, Zika and yellow fever.

The Blue Ridge rankings are determined by the whole value of NIH awards to a principal investigator’s institution and do not include research and development contracts or funding from sources other than the NIH.