Closing in on a New Solution to Manage Type 1 Diabetes

Closing in on a New Solution to Manage Type 1 Diabetes

An implantable, bioartificial pancreas two decades in the making may soon provide a new treatment option for adults and children with Type 1 diabetes.
March 8, 2022

For the approximately 1.6 million people who live with Type 1 diabetes, also known as juvenile diabetes, insulin is a lifeline. Without it, the body can go into shock, resulting in organ damage, swelling in the brain and even death. 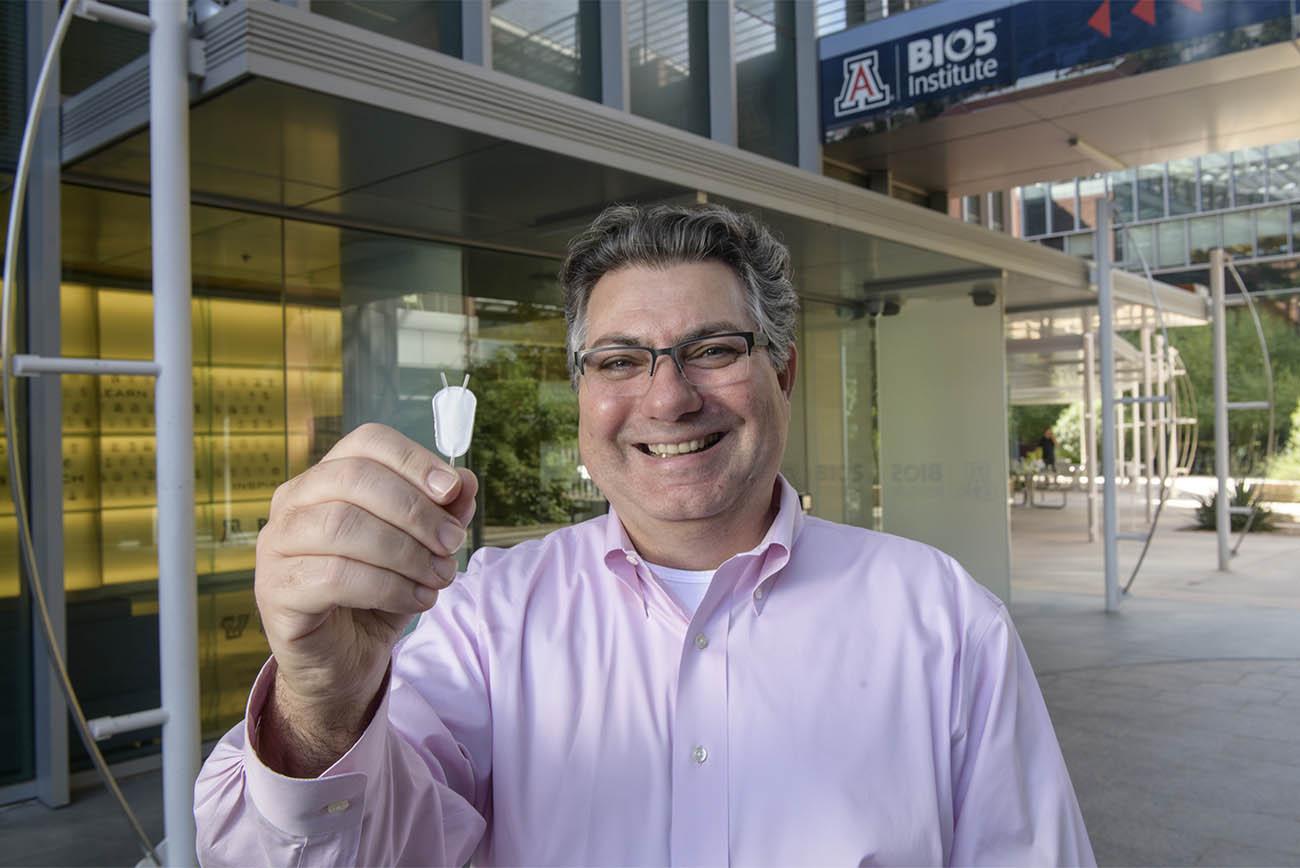 Currently, the only way for a person with Type 1 diabetes to get this life-saving insulin is by regularly measuring their blood sugar levels with a self-administered blood test and then giving themselves necessary injections, or by using an insulin pump, an external device that delivers insulin as needed through a tube placed under the skin.

A University of Arizona Health Sciences research team led by Klearchos Papas, PhD, a professor in the Department of Surgery at the UArizona College of Medicine – Tucson, is closing in on a better solution. Dr. Papas is developing a tiny implantable device that mimics the normal function of the pancreas, the organ responsible for insulin production.

“The beauty of our approach is that instead of having to inject yourself with insulin, you have cells producing it on demand and releasing it as needed,” said Dr. Papas, who is a member of the BIO5 Institute and director of the Institute for Cellular Transplantation. “You essentially replace the physiological function of insulin production as close to what you had with your original pancreas.”

The importance of insulin

Insulin is a hormone that plays a vital role in maintaining blood sugar levels. When food is ingested, carbohydrates are broken down to produce glucose, a type of sugar that is the body’s main energy source. As glucose levels in the blood rise, the pancreas responds by producing insulin. Insulin allows glucose to leave the blood stream and enter the body’s muscle, liver and fat cells, where it is used as energy or stored to be used later. 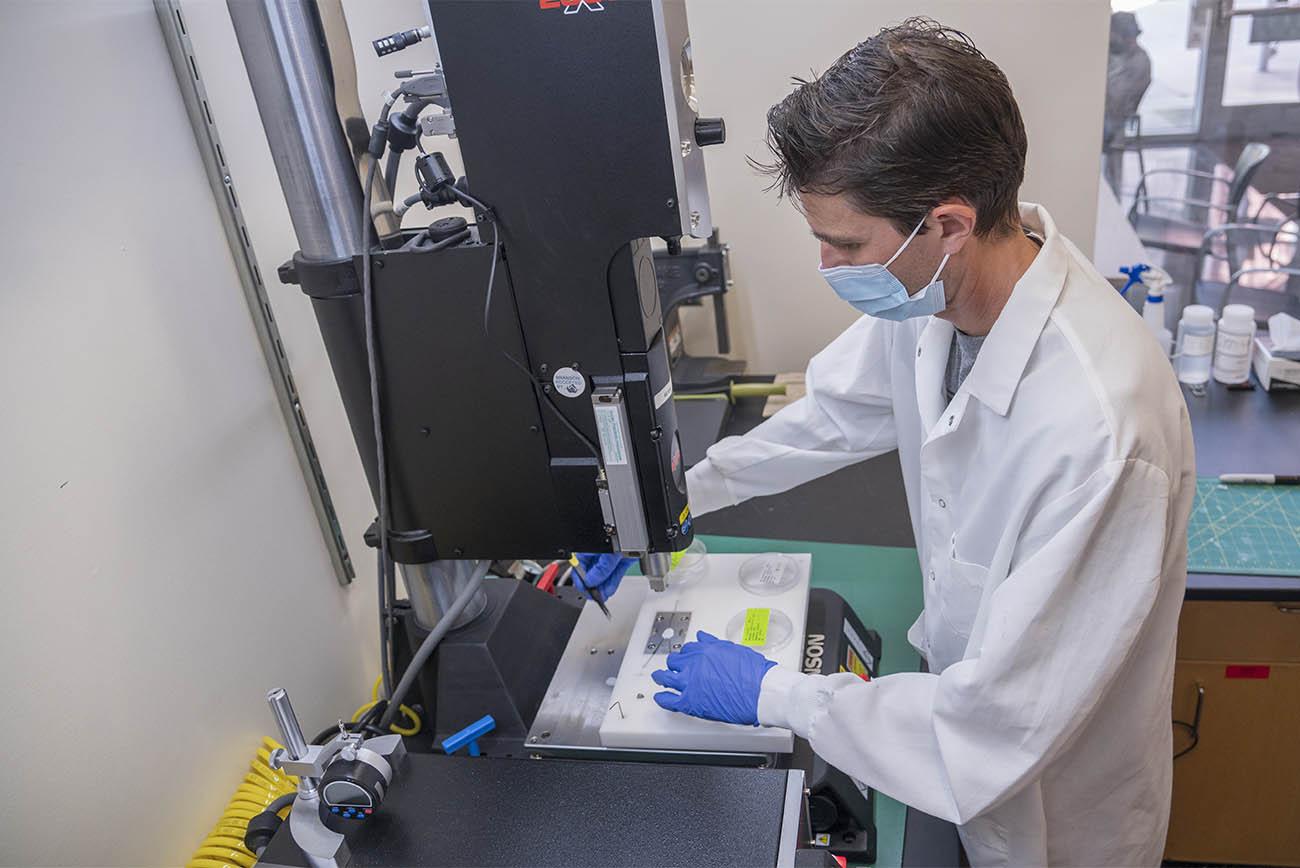 When beta cells are destroyed, insulin must be provided via frequent injections – most insulins require injection an hour prior to when the body needs it – or an insulin pump. Recent treatment advances include insulin pumps with glucose sensors to automatically deliver insulin as needed, as well as fast-acting insulins designed to speed up the time it takes for the body to metabolize injected insulin. Even then, Dr. Papas said, it can be a guessing game to determine how much insulin is needed.

According to the Juvenile Diabetes Research Foundation, less than one-third of Type 1 diabetics consistently achieve target levels of blood sugar control. That can be worrisome for parents of children with Type 1 diabetes, who often get up in the middle of the night to check blood sugar levels and worry about their child going into insulin shock due to low blood sugar, Dr. Papas said.

The Juvenile Diabetes Research Foundation estimates Type 1 diabetes will affect more than 5 million people, including 600,000 under the age of 20, by 2050.

Pancreas or islet transplants are an option in some cases, but usually only when a person’s Type 1 diabetes cannot be controlled medically. The procedure isn’t without its risks, including infection and organ rejection, and long-term care requires the continual use of carefully controlled immunosuppressive medications so the body’s immune system doesn’t reject the new organ or cells.

Because of the need for immunosuppressive drugs, islet transplantation is not recommended in children. According to the Centers for Disease Control and Prevention, youth cases of Type 1 diabetes are growing most sharply, especially in diverse populations. Between 2002 and 2015, cases of Type 1 diabetes in African American children, Hispanic children and Asian/Pacific Islander children increased by approximately 20%.

Dr. Papas’ solution comes in the form of an oxygen-enabled implantable pouch packed with islets that are separated and protected from the body’s immune system. The device differs from an insulin pump in that it will closely mimic a normal pancreas and offer more durable, timely and accurate glucose sensing and insulin, Dr. Papas said. 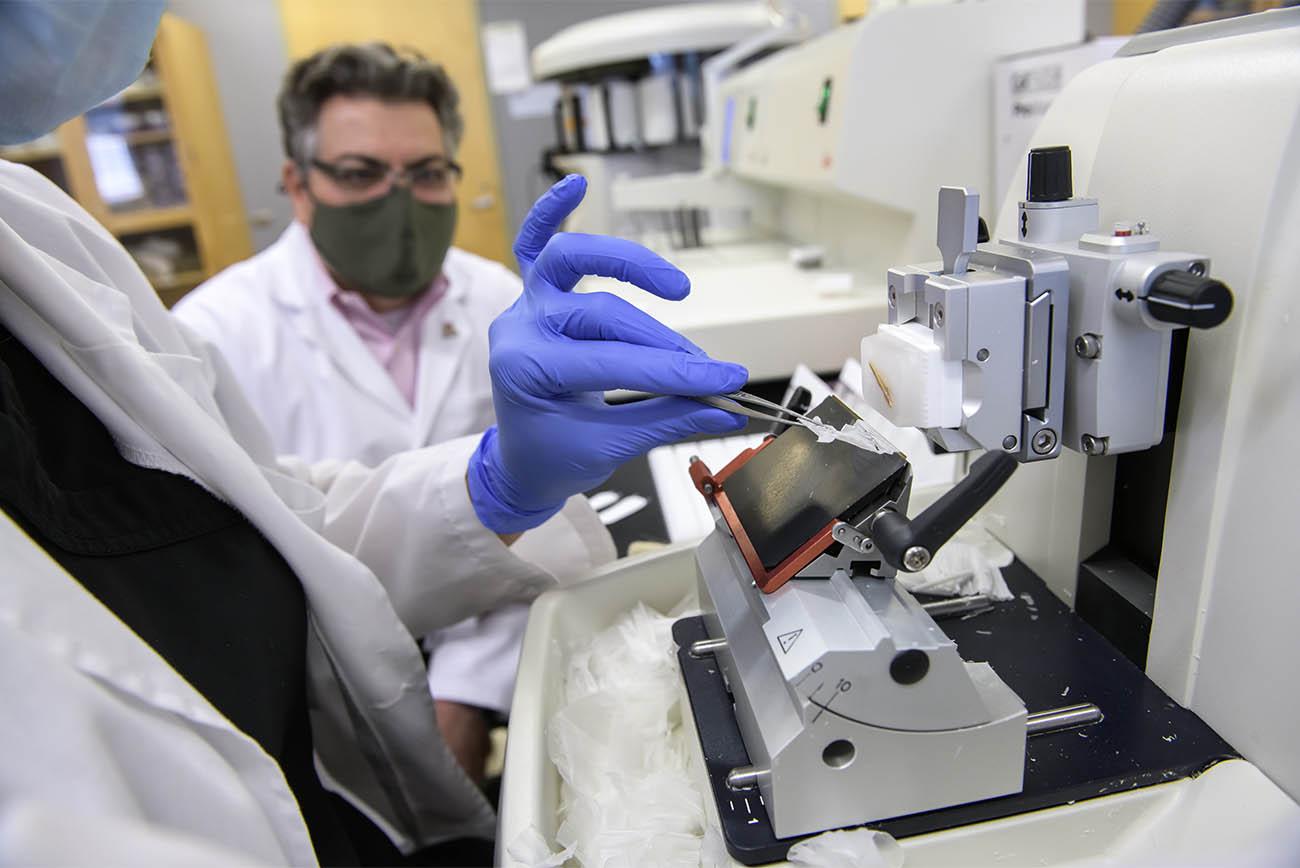 The pouch is about an inch wide, comes in various lengths and is 1.5 millimeters thick, about the same thickness as a quarter. The outside of the pouch is an ultrathin membrane made of microporous synthetic materials used in a variety of medical applications.

An oxygen delivery system provides the oxygen necessary to keep the encapsulated islets alive and functioning well. It is part of the device technology that Tech Launch Arizona, the university’s commercialization arm, licensed to Dr. Papas’ startup, Procyon Technologies LLC. 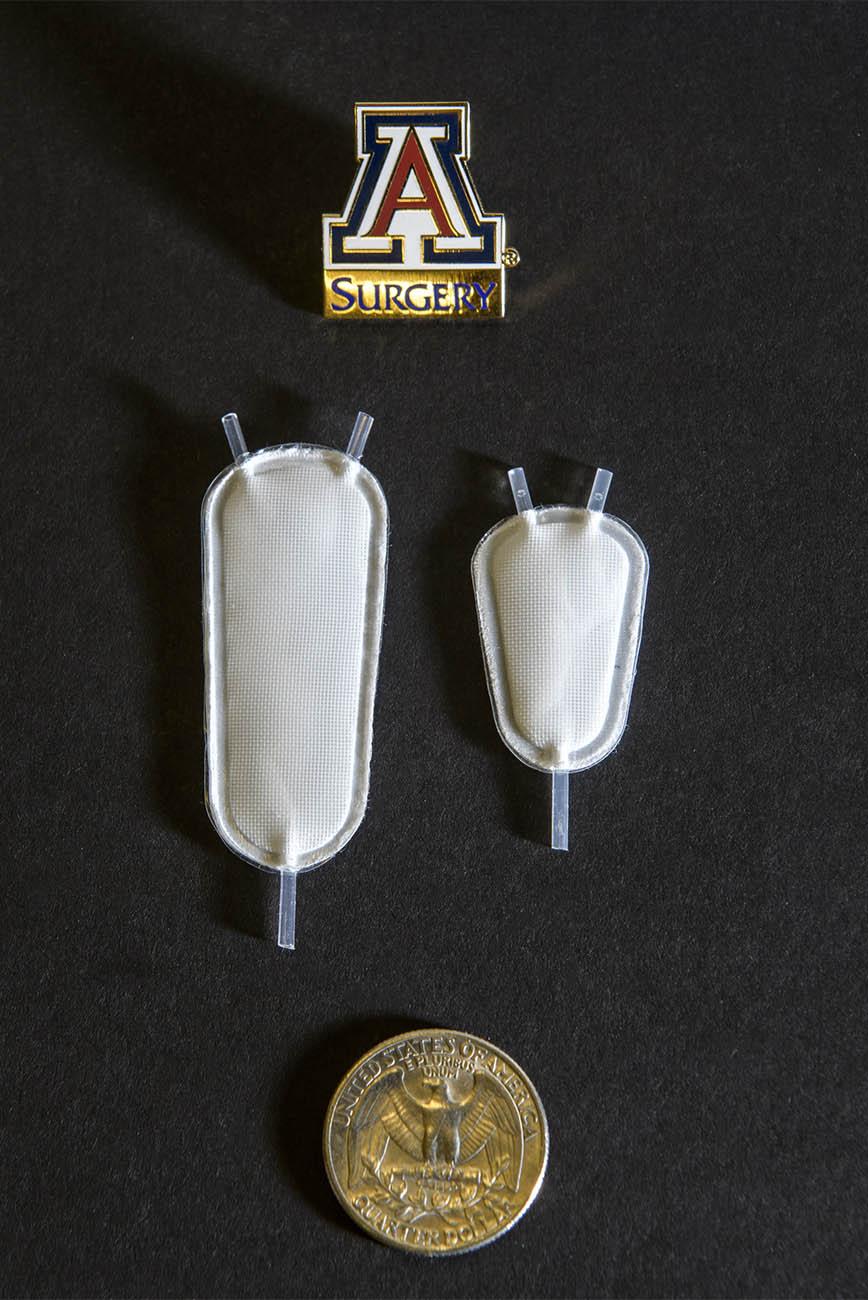 When everything is in place, the islets take their cues from the bloodstream’s natural biochemistry. They automatically sense glucose levels and deliver insulin as needed, just as the pancreas normally would.

“We have a real chance at finally achieving the goal of an implantable device that secretes insulin appropriately to provide a new corrective therapy for Type 1 diabetes,” said research team member Robert Johnson, PhD, a research professor in the College of Medicine – Tucson’s Department of Surgery who has been diagnosed with Type 1 diabetes.

Other uses for the device are being explored, including as a therapy for hemophilia and adrenal deficiency, and as an immunotherapy for cancer. The most immediate goal, though, is Type 1 diabetes, which the Juvenile Diabetes Research Foundation estimates will affect more than 5 million people, including 600,000 under the age of 20, by 2050. Dr. Papas doesn’t want to wait that long; he hopes to advance the device to clinical trials in the next three years.