For more than two years, Barbara Ann Jones was losing her battle with cancer. Numerous treatments including radical surgery, chemotherapy and radiation therapy failed to stop the spread of an unrelenting head and neck cancer. Then, a clinical trial led by researchers at the University of Arizona Health Sciences offered her one last bit of hope – and saved her life. 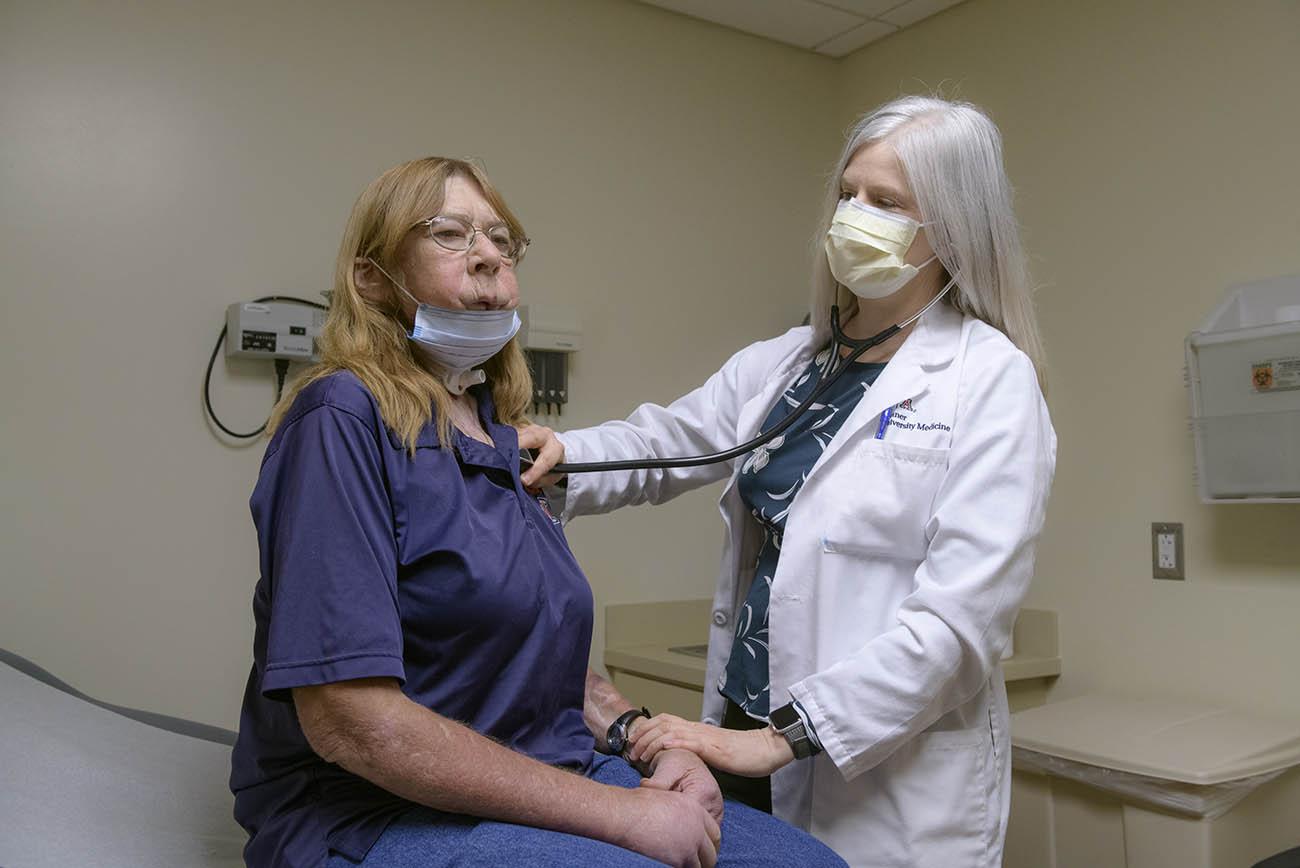 Julie E. Bauman, MD, deputy director at the UArizona Cancer Center, led a clinical trial studying a new monoclonal antibody for patients with incurable, resistant squamous cell carcinoma of the head and neck. Monoclonal antibodies are proteins made in a laboratory that act like the natural antibodies found in the body’s immune system. They can be used as a targeted treatment against some types of cancer, including head and neck cancers.

Head and neck cancers account for nearly 4% of all cancers in the United States. The effects can be particularly devasting, as surgery, radiation and chemotherapy can result in lasting physical effects that impair functions unique to our humanity including speaking, eating and facial expression.

Jones was one of these patients.

In August 2015, eating and drinking was becoming painful for Jones, who noticed a white spot under her tongue. A visit to her primary care physician led to a referral to Steven J. Wang, MD, professor and chair of the Department of Otolaryngology – Head and Neck Surgery at the UArizona College of Medicine – Tucson.

“I thought it would be a canker sore under my tongue,” Jones said. 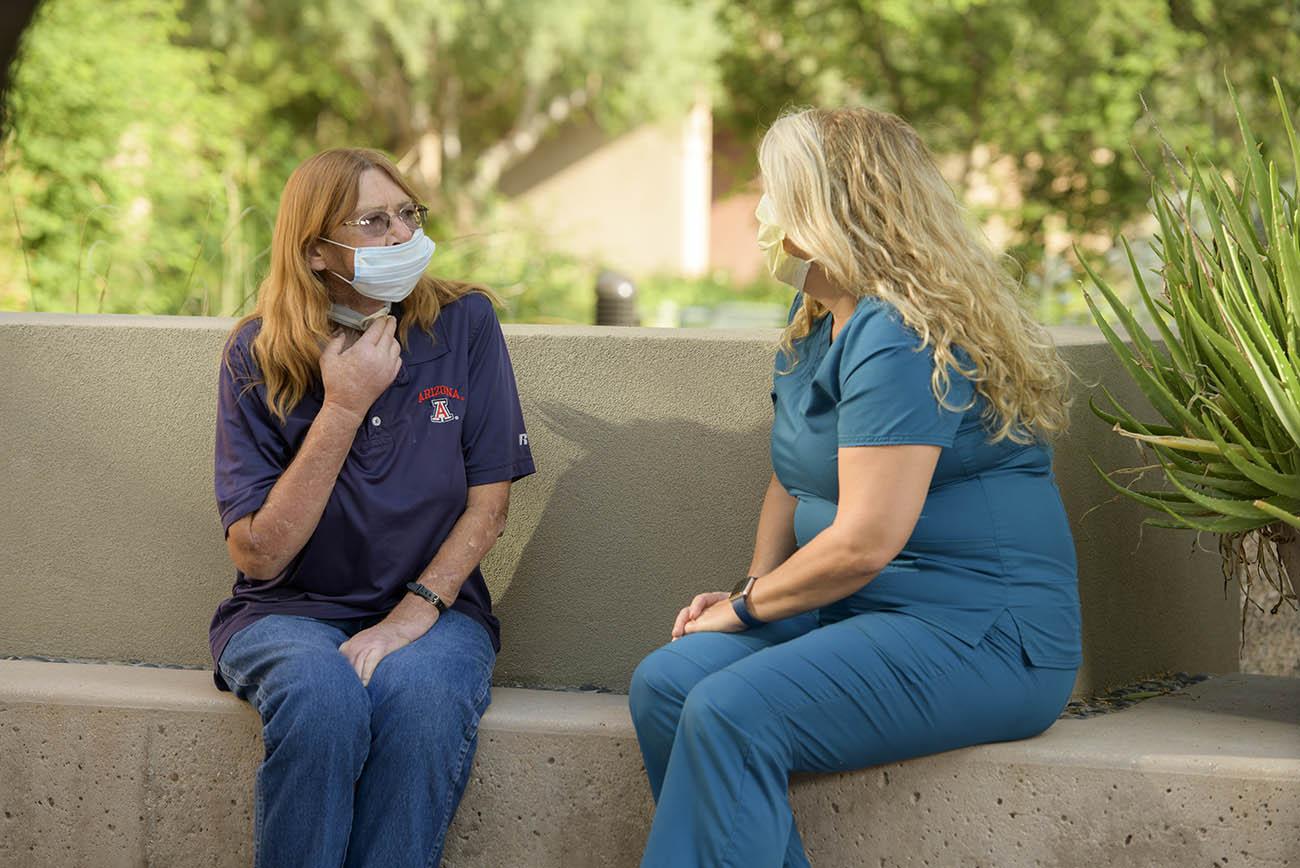 Dr. Wang had a more alarming diagnosis: cancer of the oral cavity.

“I was very surprised,” Jones said. “Dr. Wang said it was an aggressive cancer.”

There are two primary causes of head and neck cancer, one of which is a strain of the human papillomavirus (HPV). The other comes from alcohol or tobacco use and other environmental carcinogens, with the resulting cancer referred to as HPV-negative head and neck cancer. Patients in the latter group have the poorest outcomes, and Jones, who admittedly smoked two packs of cigarettes per day, fit this profile.

Over the next two years, Jones underwent a series of treatments to beat the cancer. Doctors removed part of her tongue and the floor of her mouth. Radiation and chemotherapy left Jones with significant burning and sloughing of the skin. But the cancer continued to grow. Not even a promising immunotherapy clinical trial, now approved by the U.S. Food and Drug Administration, worked.

The prognosis was deflating for Jones and worrisome for her doctors, including Dr. Bauman, her primary oncologist and a professor of medicine in the College of Medicine – Tucson.

“She was in a very difficult place with very little time left,” Dr. Bauman said. “Even as a doctor, I asked myself if it was right to offer her another treatment. There comes a time in medicine where there may be something we still could do, but maybe we shouldn’t.”

Jones enrolled in the trial and started the treatments in January 2018. About a week after receiving the first treatment, though, she developed life-threatening bleeding from the tumor. Emergency doctors inserted a tracheostomy tube to protect her ability to breathe through the bleeding. 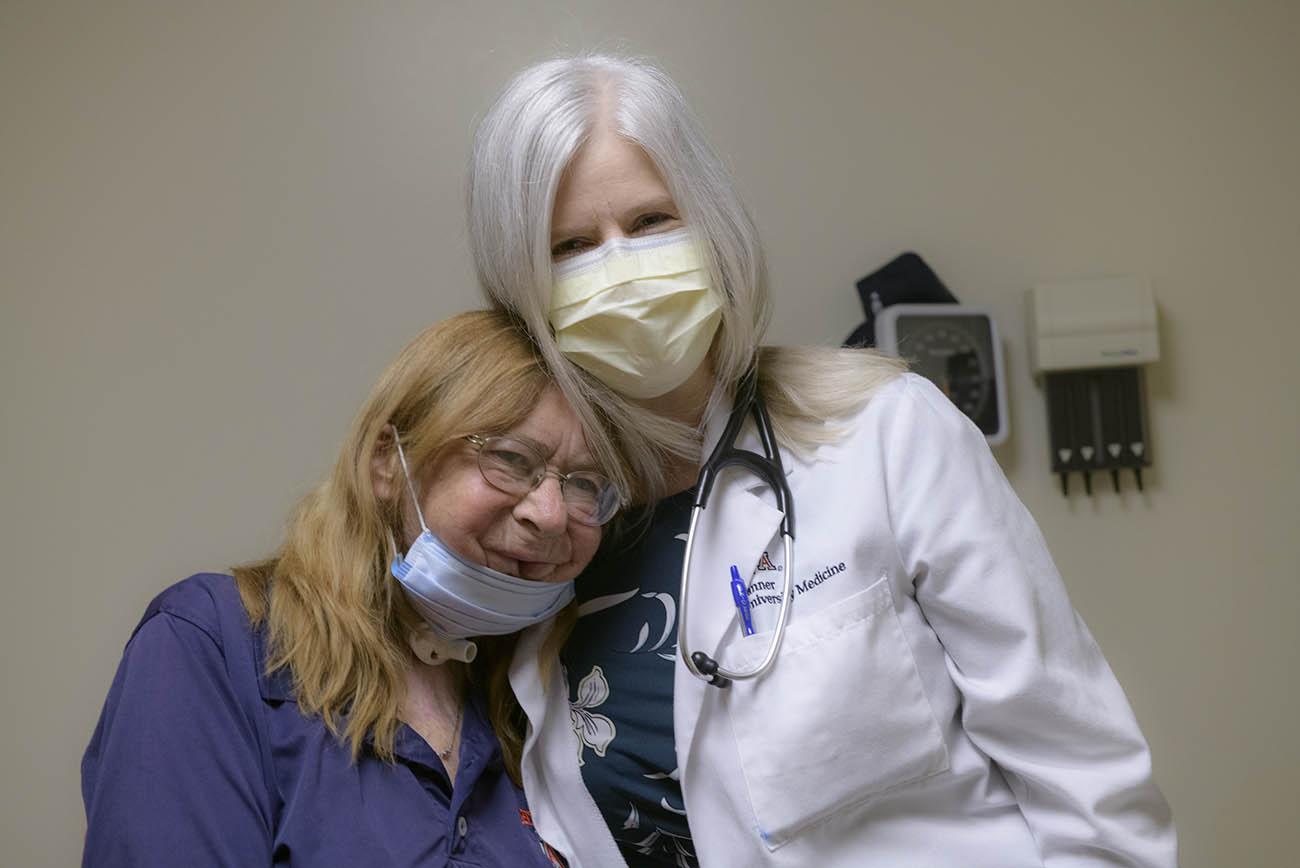 During this critical time, Jones, who was unable to communicate, began to realize something her doctors couldn’t know yet: the treatment was working. The tumor was shrinking. In fact, it shrank so quickly it exposed a blood vessel, which is what caused the severe bleeding.

“By the time she came out of the hospital, I was expecting to walk into the room and have an end-of-life conversation with her,” Dr. Bauman said. “Then I walked into the room, and I said ‘Whoa! Where did it go?’ The tumor wasn’t fully gone yet, but it was significantly reduced in size.”

As Jones recovered and continued treatments, her condition rapidly improved. On June 19, 2018, six months after enrolling in the clinical trial, Jones was told she was effectively cancer free.

“It was a complete response pathologically, which was stunning to us,” Dr. Bauman said.

Among the 16 HPV-negative patients, Jones was one of two patients who saw all signs of cancer disappear; four more responded with at least a 30% decrease in tumor size. 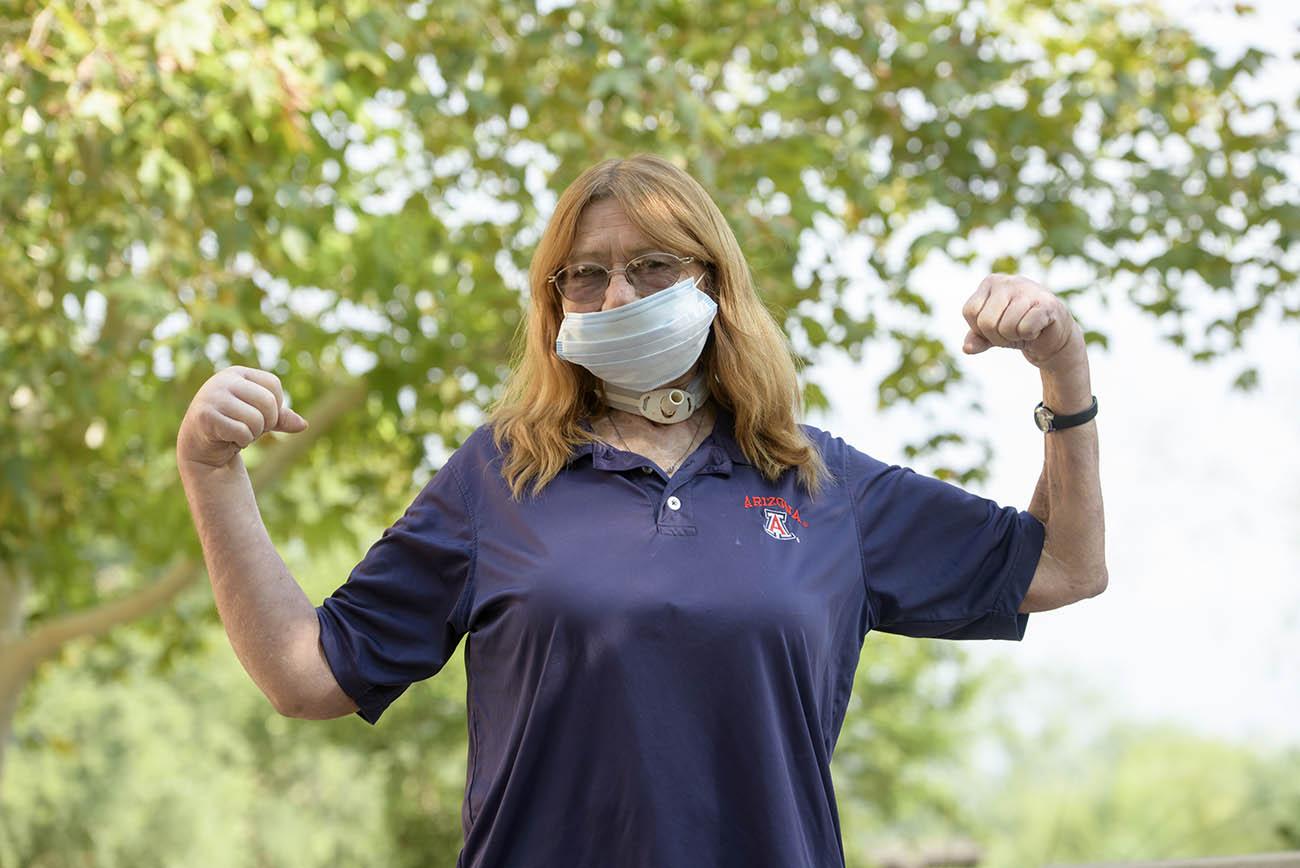 Monoclonal antibodies can work against cancers in two ways. First, they can act as a drug that directly inhibits a growth pathway that the cancer cell depends upon, such as the epidermal growth factor receptor (EGFR) targeted by cetuximab or the hepatocyte growth factor/mesenchymal epithelial transition factor (HGF/c-MET) pathway targeted by ficlatuzumab. These targets are abnormally activated in HPV-negative head and neck cancer. Second, monoclonal antibodies can help the immune system better recognize and kill cancer cells.

Cetuximab works in some patients, but isn’t always effective. Like Jones, all the other patients in the study previously received cetuximab, yet their cancer progressed. That led Dr. Bauman to explore the additional use of ficlatuzumab to target HGF/c-MET, a different pathway that cancer cells can use to escape cetuximab.

Dr. Bauman says understanding why the combination of ficlatuzumab and cetuximab was most effective requires further investigation. She hypothesizes there may be a dual mechanism where the drugs have an anti-tumor effect while also activating the immune system to fight the disease.

“The results of this trial were clearly positive, which is rare when you have patients who have been resistant to all other treatments,” Dr. Bauman said. “I am looking forward to studying this combination in a phase III trial, which will include a much larger population of patients. It would be amazing if this treatment could help more patients live better and longer lives.”