Caroline Berger is a wife, mother, grandmother, University of Arizona Health Sciences employee – and a breast cancer survivor of 16 years. She shares her journey and why it’s so important to trust yourself and find advocates.
By: Caroline Berger
Caroline Berger
|
October 18, 2021 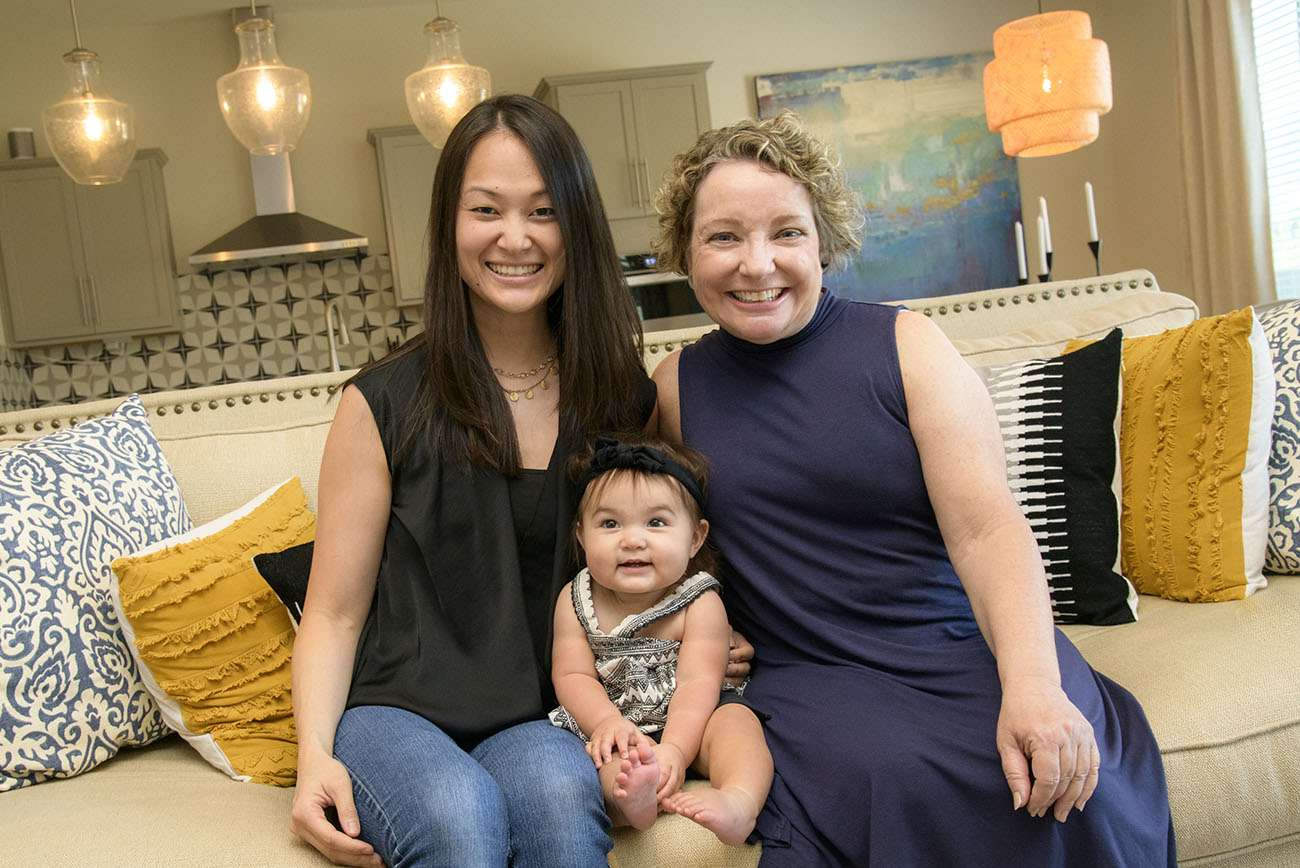 Caroline Berger (right) sits with her daughter and granddaughter in her home in Oro Valley, Arizona.

I believe life can be defined by the milestones we live. For me, one of those was the day, 16 years ago, when I heard the words, “You have breast cancer.”

No one can prepare you for that moment. It seemed impossible – I was young and healthy, with no family history. By the time I received a diagnosis, several years after discovering a lump in my breast, I had stage 3C breast cancer.

Hindsight is one of those great leveling factors; I try to let go of the “what if’s” and focus on moving forward. I’m thankful I listened to that little voice inside that kept telling me to ask questions and get second opinions. Medical technology is great, but it can be very intimidating. You know your body better than anyone else. So if you think or feel something is not quite right, speak up. Don’t be afraid.

A Lump Is Discovered

Through breast self-exam, I had discovered a lump in my right breast, so I celebrated my 40th birthday by getting my first mammogram. The good news – or so I thought – was that everything was “clear.” I was told that there were no signs of any calcifications or lumps and bumps.

Breast cancer was off my radar as I went on with my busy life as a working mother. I was vegan, exercised regularly, took daily vitamins and led a healthy lifestyle.

The next year, my routine mammogram and scan were again “clear.” Yet, that pesky lump remained on my mind. I mentioned it to my physician as he read me the results, and he recommended an ultrasound. The results revealed a very small cyst.

I went away with a not-so-worried attitude. I was young and from a family of healthy women, many of whom lived well beyond their 80s. As I write this, my mother is 103 years young. I was more concerned with getting the dogs their annual shots and making sure our kids were excelling in their various extracurricular activities. 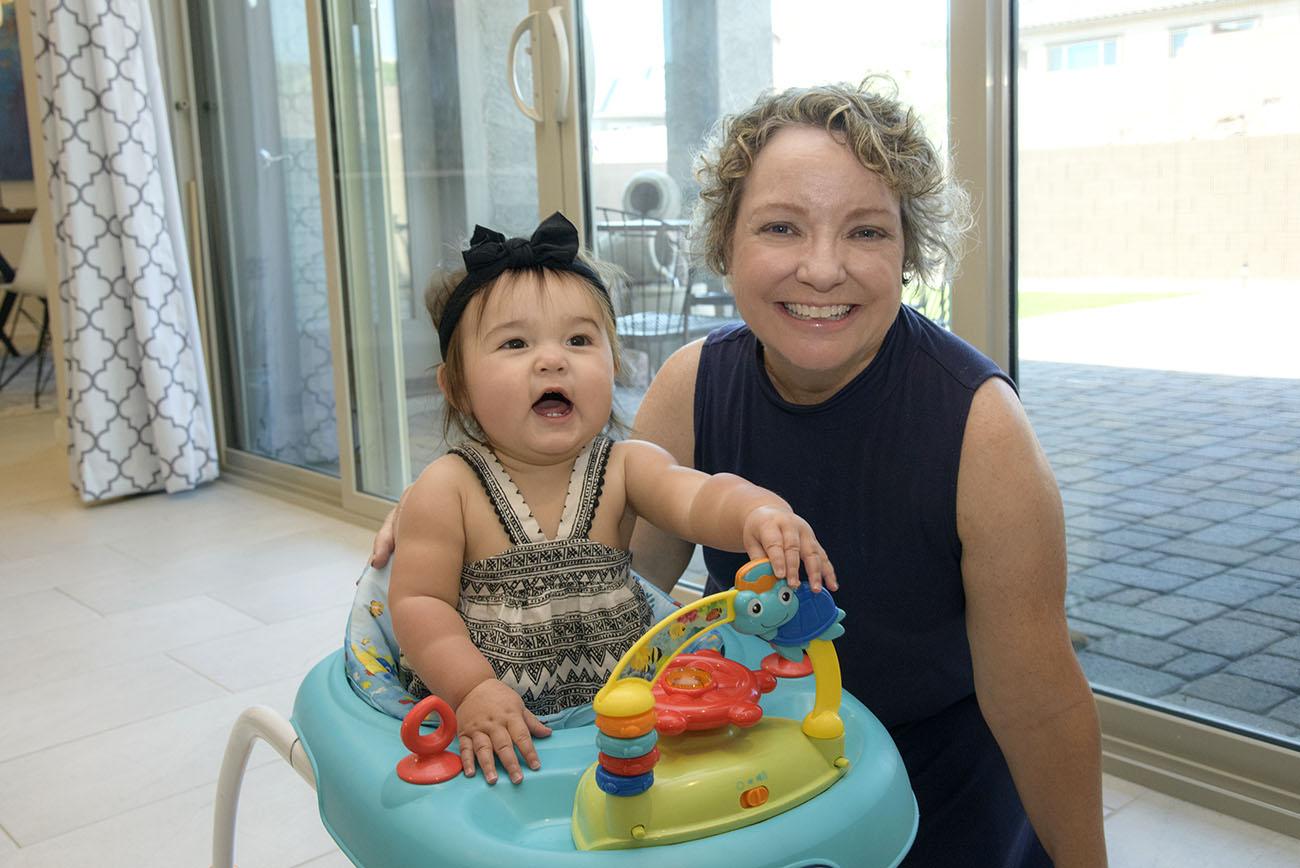 But that lump remained in the back of my mind. I searched for information on breast cysts, even exploring the idea of topical hormone treatments. I omitted caffeine from my diet – a great sacrifice – and adjusted my diet to ward off inflammation.

At 44, I went in for my yearly mammogram, which was now more of an inconvenience. Again, I was given the all-clear, but this time after a heart-to-heart with my physician, we decided I would undergo a surgical breast biopsy.

I was told it was just a formality. They would extract the cyst and life would go back to normal. It all sounded good until after the surgery. I was told in post-op that the lump was a cancerous tumor accompanied by three other tumors – all positive. If that wasn’t bad enough, they were unable to get clear margins, which meant more cancer.

The first thing I did was secure a second opinion. I think this is a critical yet often overlooked part of the diagnosis process. I met with an interdisciplinary team of physicians, and after more scans and bloodwork, they confirmed the diagnosis: stage 3C breast cancer.

The year that followed was filled with three more surgeries, a vigorous round of chemotherapy, and months of radiation therapy and rehabilitation for my arm. I surrounded myself with a strong medical team and incorporated naturopathic therapies to help with the side effects of the various treatments. My family and friends rallied around me and that, along with my faith, lifted me up in the darkest of times.

Along the way, I met an amazing group of women – all breast cancer survivors — who continually reached out to me. We armed ourselves with information. I had a backpack filled with notes, information and publications that I took to every doctor’s appointment, scan and treatment. I made sure someone accompanied me to every appointment, stepping into a role as my co-advocate to ask questions, take notes and provide emotional support. 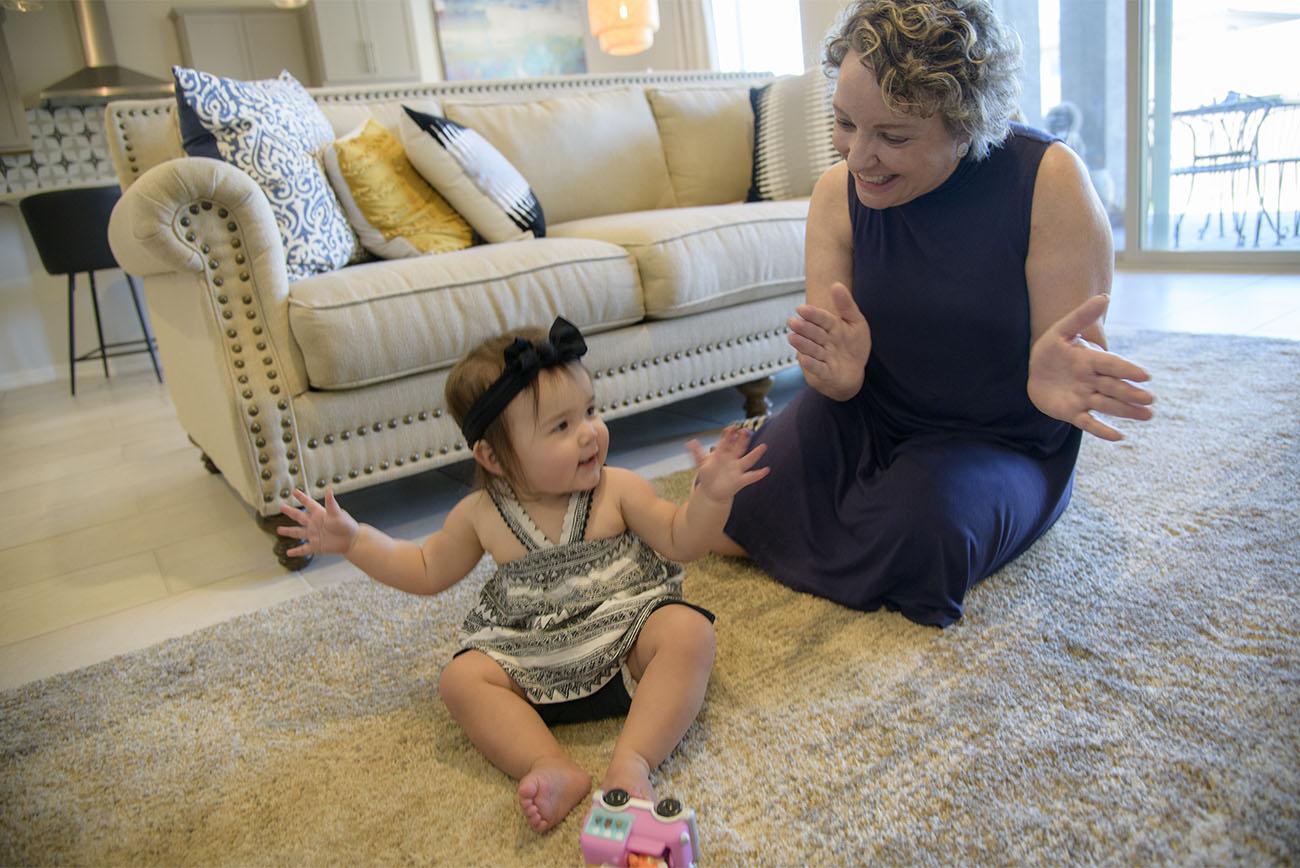 Having an advocate at my side proved to be incredibly helpful. Many times, I was upset or under the effects of the treatment. Having someone at my side with a clear mind and my best interests at heart made all the difference. I carried a journal with me everywhere so we could keep a running list of appointments, comments and questions. The journal was passed from one caregiver to the next, providing updates and an important timeline.

My journey has not always been smooth sailing. Because of my diagnosis, I opted to undergo 10 years of adjunct, supplemental therapies. I’ve had a few minor health setbacks and some scares along the way. Through it all, I have immense gratitude, not only because I’ve made it this far, but also for the learnings along the way.

October is Breast Cancer Awareness month, and it is about more than just pink ribbons. It’s a time to raise awareness about a disease that will impact 1 in 8 women in the United States in their lifetimes. My hope is that when October is over, the awareness and vigilance continue. 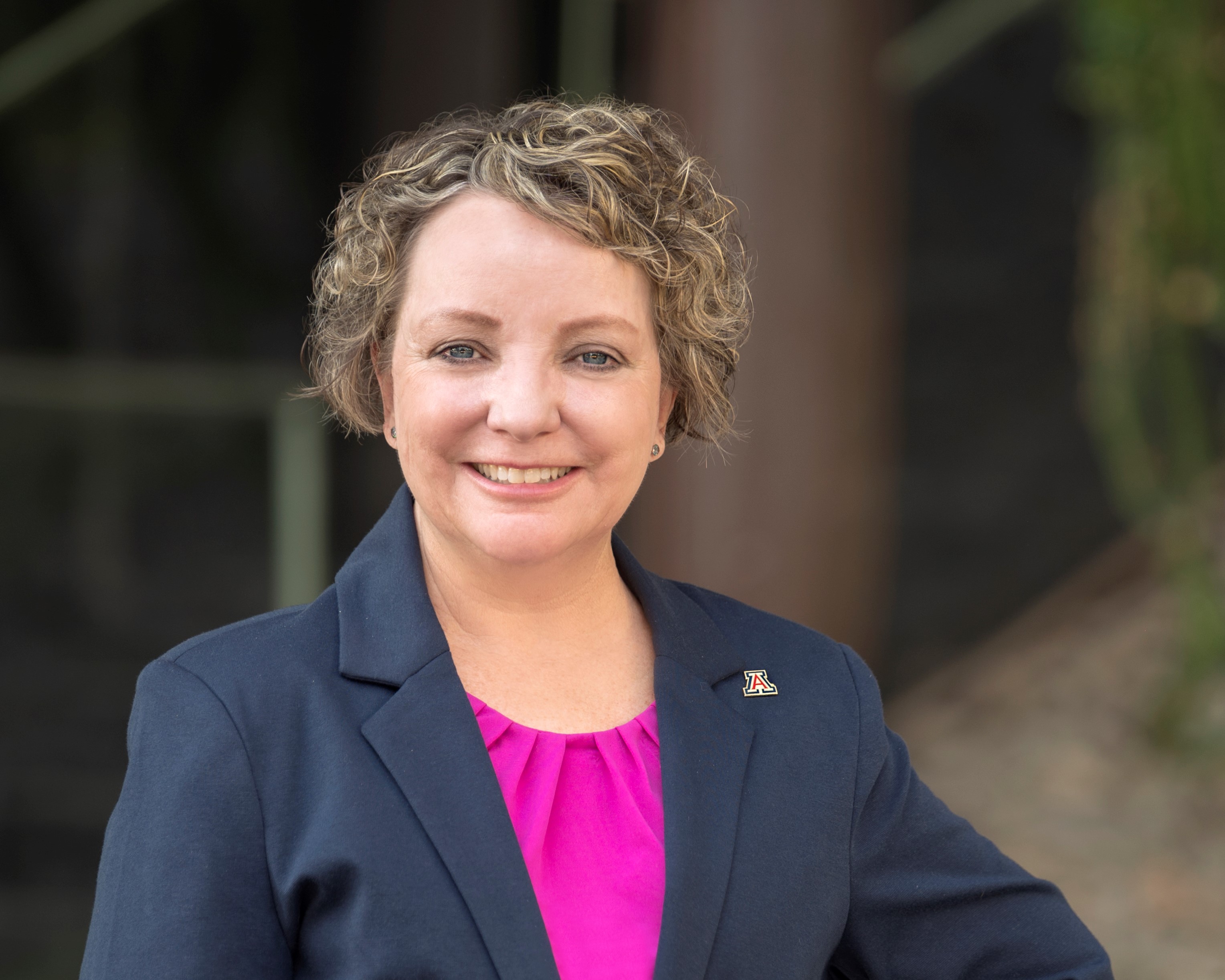 Caroline Berger was welcomed into the Arizona Wildcat family in February 2020. She has worked in the nonprofit and community relations environment for more than 20 years. In her role as director of corporate and community relations at the University of Arizona Health Sciences, she brings a strong knowledge of communications, public relations, marketing and fundraising.

She has a strong commitment to community and proudly serves on a variety of health and education committees locally and nationally representing the UArizona Health Sciences - Phoenix. Before joining the University of Arizona, she was the vice president of communications and stewardship for HonorHealth Foundation.

Originally from Washington, D.C., Caroline and her family have lived in Arizona for more than 20 years and she considers herself to be a true Arizonan! 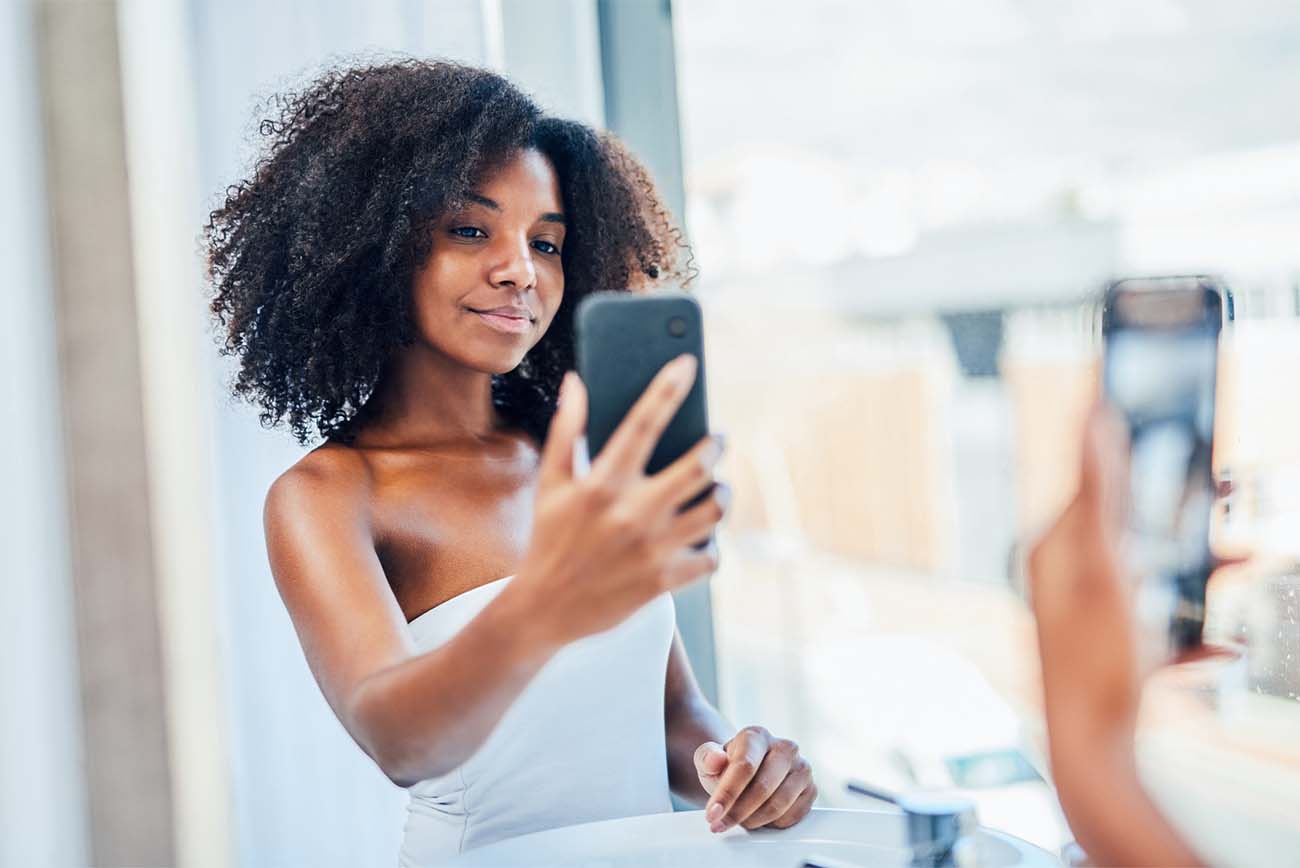 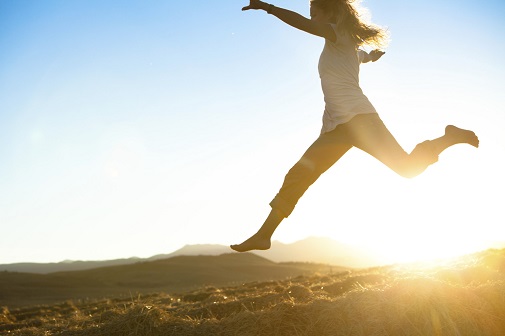