A heart rhythm disorders specialist, the College of Medicine – Tucson associate professor talks about his love of the Southwest, American medical teaching and country music.
September 12, 2022 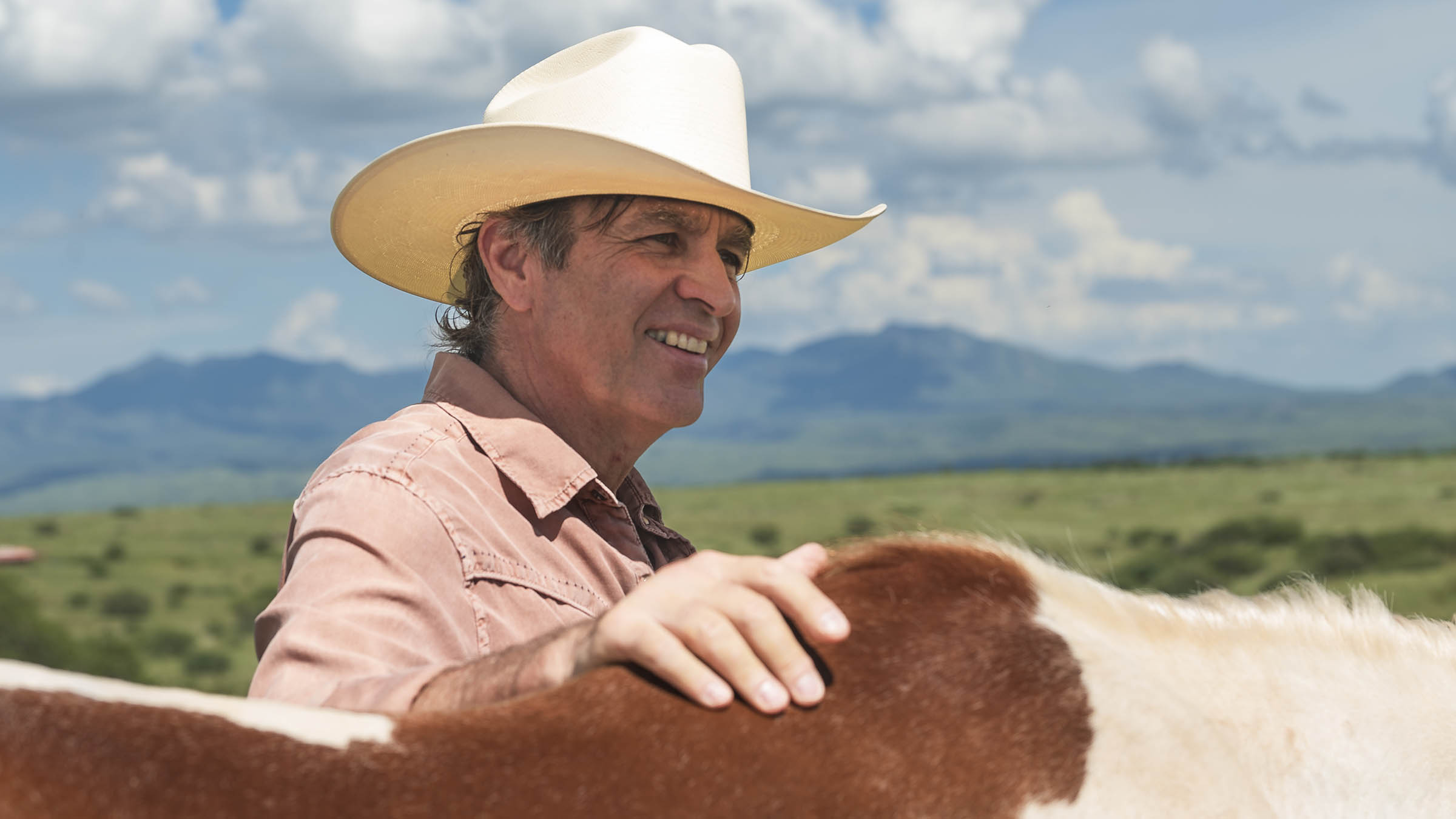 A native German, Peter Ott, MD, is an electrophysiologist – who also plays guitar. He loves all things Western, including country music. He’s played at College of Medicine – Tucson and Sarver Heart Center events, as well as on stage at area folk festivals.

For University of Arizona College of Medicine – Tucson associate professor and cardiac electrophysiologist Peter Ott, MD, living well is all about rhythms of the heart. He followed his heart by leaving Karlsruhe, Germany, to train in the U.S., where the rhythms of country music and life on his ranch keep the beat going strong. 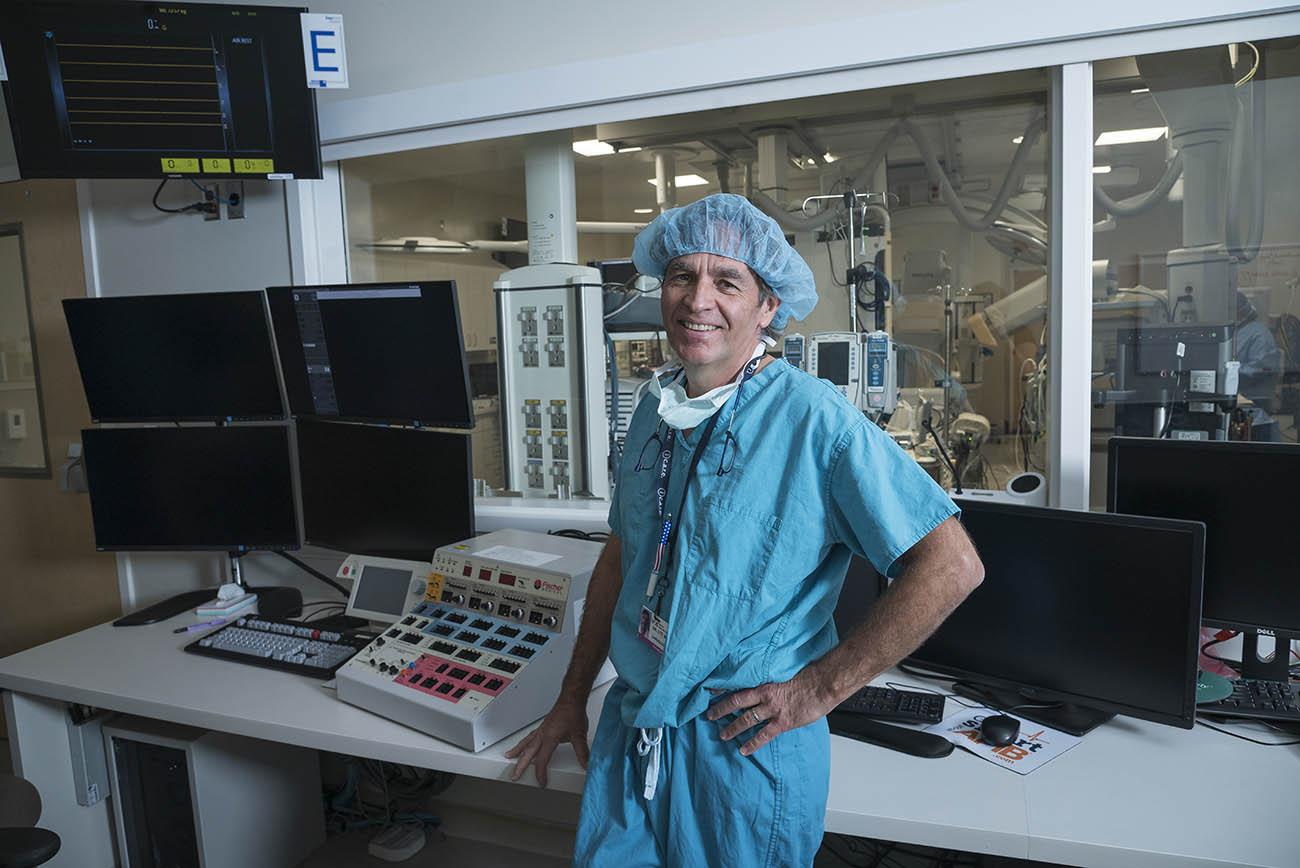 Dr. Ott’s love of “toe-tapping fun” music started when he began playing guitar at age 10. He would often play campfire tunes with his father.

“It has to have a good beat,” Dr. Ott said. “Initially, I don’t listen too much to the lyrics. Upbeat country songs are best. For the last couple of years, my favorite musician is the Australian artist Keith Urban. He performs music in the country/rock crossover genre, and his guitar playing style is excellent.”

His favorite Urban song is “You Look Good in My Shirt.”

Dr. Ott’s love of country and western goes beyond music. As his Banner – University Medicine profile proclaims: "I enjoy horseback riding, ranch work and playing guitar." He and his wife Sarah Showard, an attorney and head of the Showard Law Firm, own a 35-acre ranch near Sonoita, Arizona, complete with two horses, a few goats, a cow and two “wild” Australian-mix cattle dogs.

From small parties to festivals

His start as a local performer came at parties to welcome new fellows at the home of Frank Marcus, MD, professor emeritus, former cardiology section chief and an arrhythmia specialist like Dr. Ott. 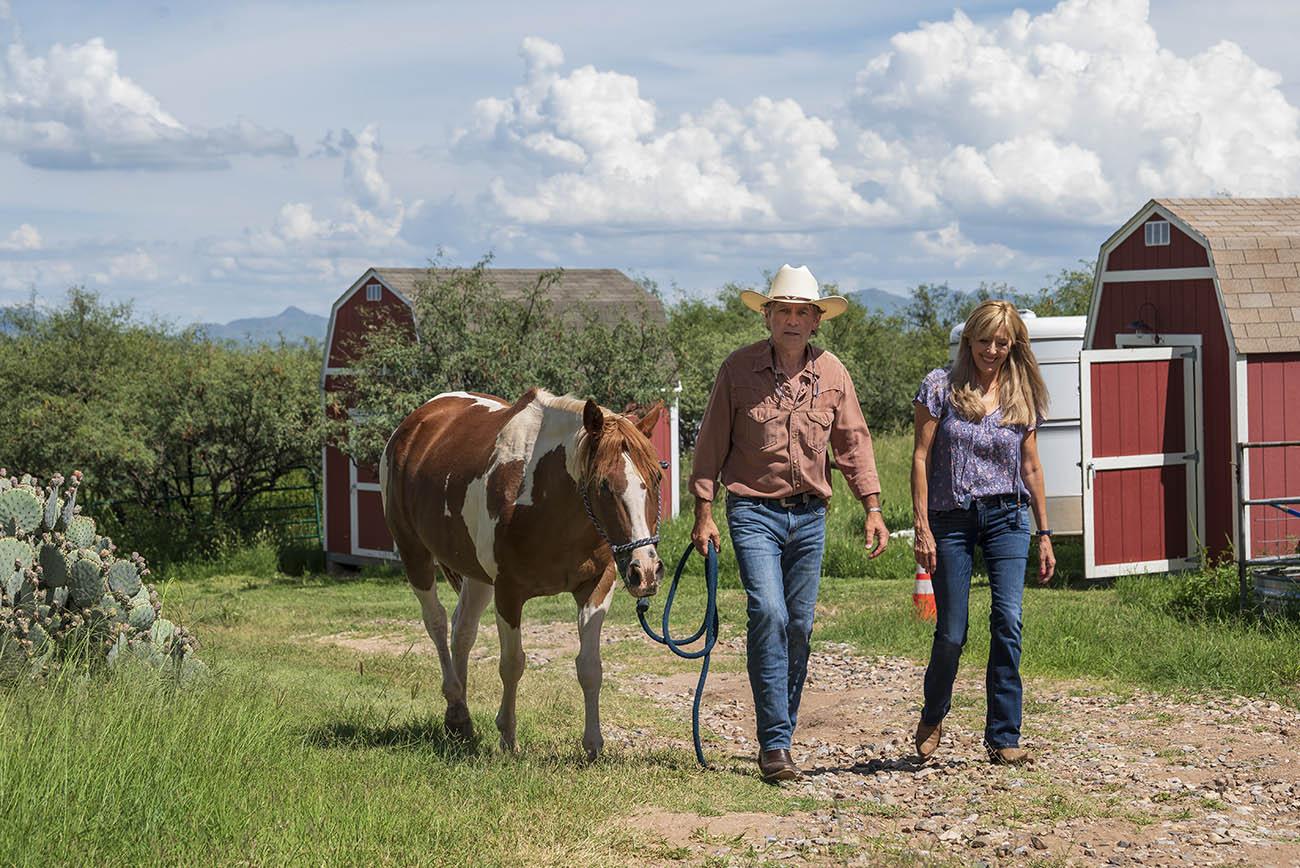 Later, a few of those fellows asked him to perform at their graduation. Thinking his lonely strings might not be enough, he enlisted Banner catheterization lab nurse Kevin McConnell, RN, who played guitar and harmonica, to join him. Together they formed a guitar duo, calling themselves “Ruff Mixx.” The band played numerous gigs at the Sarver Heart Center and College of Medicine – Tucson and headlined the 2019 Inside Tucson Business Women of Influence Awards. They also followed the folk festival circuit, playing in Albuquerque, Flagstaff, Prescott and Tucson. They appeared for nearly a decade at the Tucson Folk Festival.

“And, then, with COVID, the folk festival stuff fizzled,” Dr. Ott said. “Kevin and his wife’s life shut down significantly. He suffered from interstitial lung disease, and sadly passed away just this spring.”

When McConnell was moved to a specialty hospice, Dr. Ott visited. “I was able to go in and play guitar a little bit for him. Even though he was sedated and on a ventilator, I like to think that he heard me play.”

Dr. Ott became interested in medicine as a medic during his two years of mandatory German military service. He earned his medical degree at the University of Heidelberg and did three clinical rotations in Denver at the University of Colorado Anschutz Medical Campus in the 1980s.

“I've been very lucky with the people who supported me, no doubt about it.”
Peter Ott, MD

Dr. Ott said he prefers the American system of medical training, which offers a direct, hands-on, patient-oriented experience. That was not the case in Germany, where students chased professors from case to case to stay within earshot. In the U.S., there’s a more elevated attitude toward teaching, he said.

Using Colorado as an example, he added, “Here, you get assigned to a team and they say, ‘OK, see these three patients and we’ll meet in an hour.’ The team huddles, and the other students or residents help you out. Then, the attending comes, you have to present, and they ask questions and give you feedback. That’s how you learn, right? So, it was very impressive.” 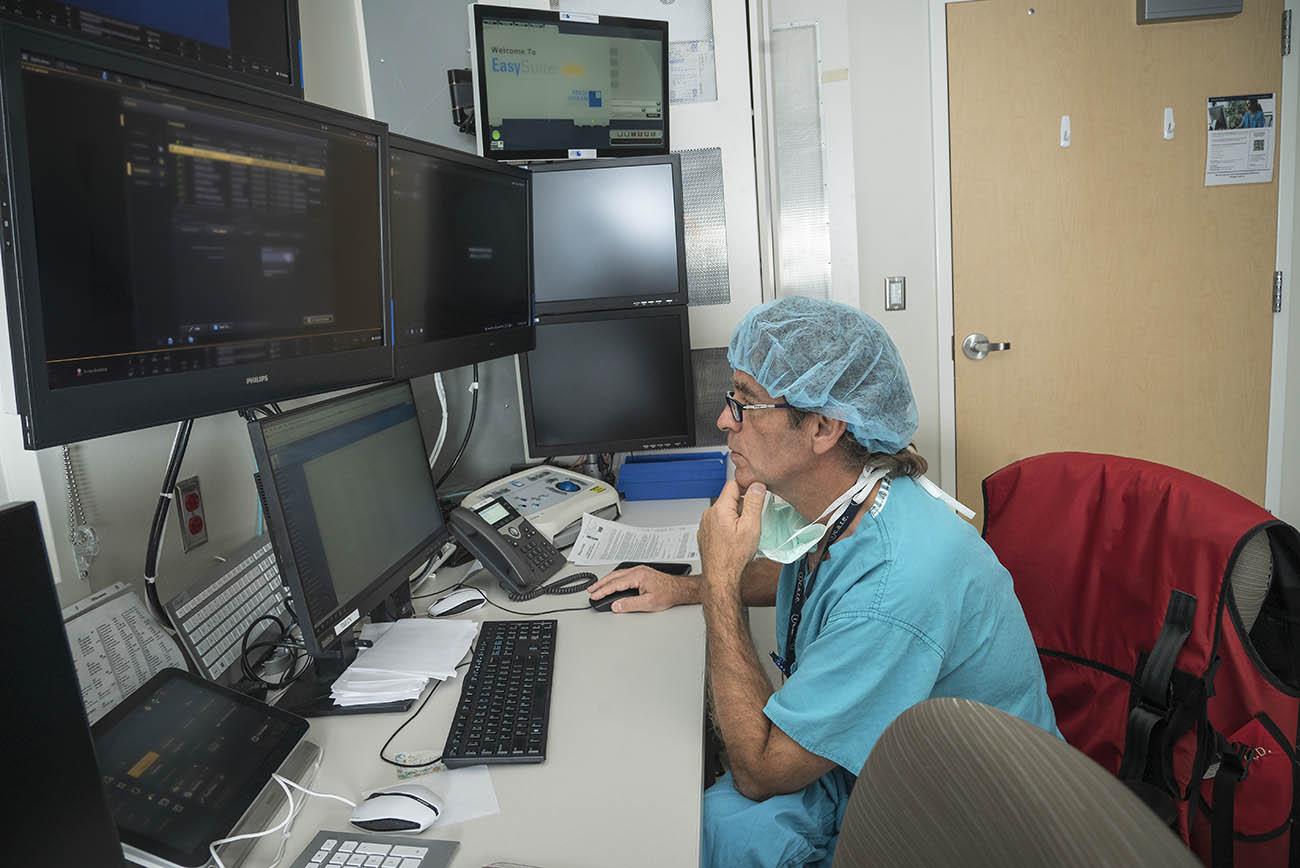 In 1999, he returned to UArizona to join the Sarver Heart Center where he holds the Peter Ott, MD, Endowed Chair of Electrophysiology. The endowment was a thank you from a patient who required an ablation procedure to address his arrhythmia.

“He told me, ‘I feel so much better. Do you guys need any funding around here?’” Dr. Ott recalled. “It’s certainly a nice appreciation of our work.”

Dr. Ott noted many changes in the practice of electrophysiology through the years, including advances in catheter ablation, imaging and pacemaker technology, pressure for more productivity, and changing faces. 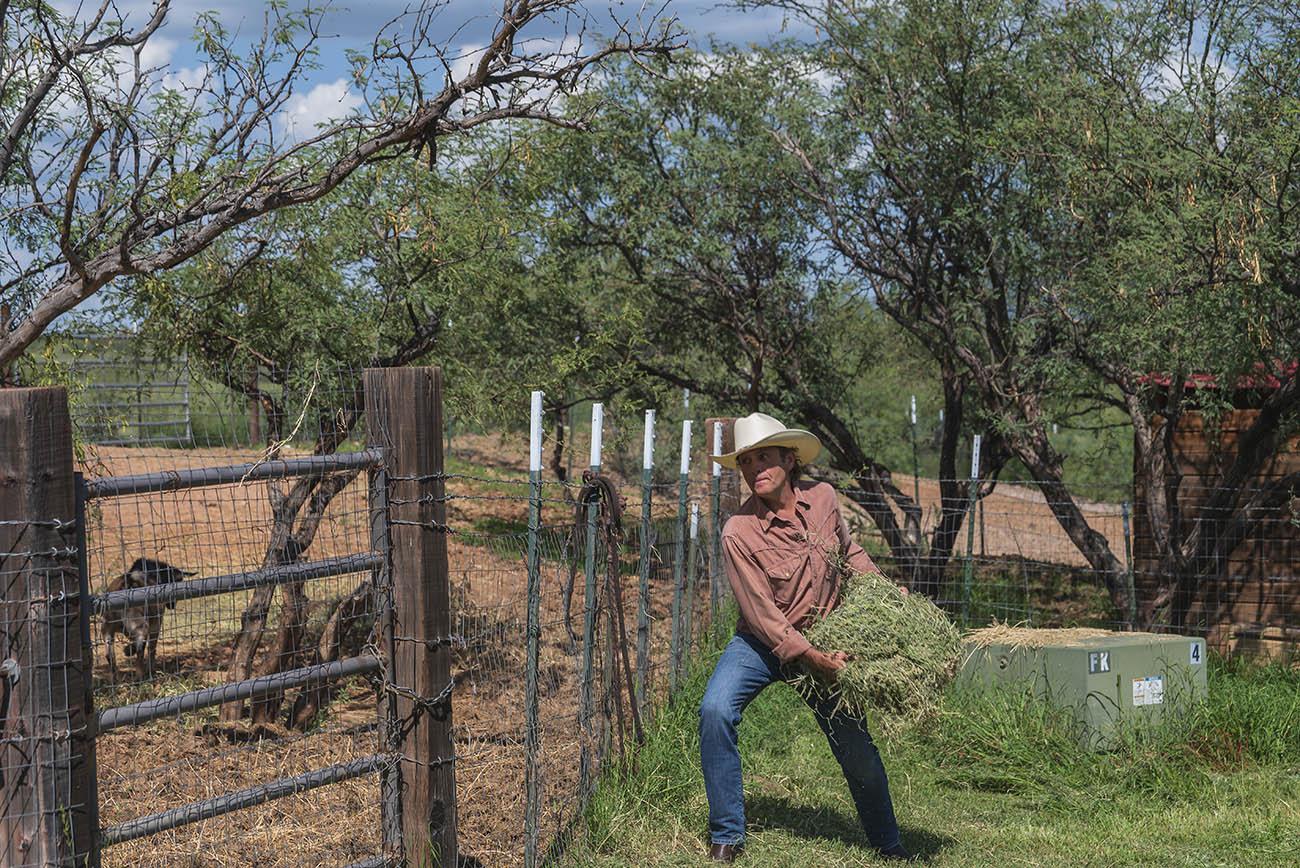 “I've been very lucky with the people who supported me, no doubt about it,” Dr. Ott said. “Drs. Marcus and Gordon Ewy, they really took me in as a junior attending and gave me independence and confidence. Julia Indik, MD, PhD, joined after a couple of years. For the better part of my career, Julia and I were the electrophysiology group of two. We were a close team and had our autonomy. Now, our arrhythmia team has grown to five physicians.”

What separates the Sarver Heart Center from private practice – in addition to the teaching aspect – is the ability to spend more time with patients, Dr. Ott said. “I feel very fortunate in that,” he added.

Trainees love him, with fellows voting him Lecturer of the Year multiple times. He’s also popular on the community lecture circuit, known for needing extra rows of chairs – or even a bigger room – for his audiences. Often, he plays up his German heritage with a touch of humor.

“I’ll throw up a picture and say, ‘Hey, some of you may know this. It’s Heidelberg.’ I tell them about my time in medical school, the Denver story and how I got to Tucson. I play on personal aspects and keep the material on the light side. People seem to enjoy it.”

Dr. Ott now performs with the band Midnight Auto, occasionally as the headliner at Tucson’s Rockabilly Grill. The electric guitar band is a little different in that they play more blues rock than acoustic, but it’s still a lot of fun, he said.