Indigenous scholars at the University of Arizona Health Sciences are improving research opportunities by crafting polices on the collection and use of data.
November 18, 2021 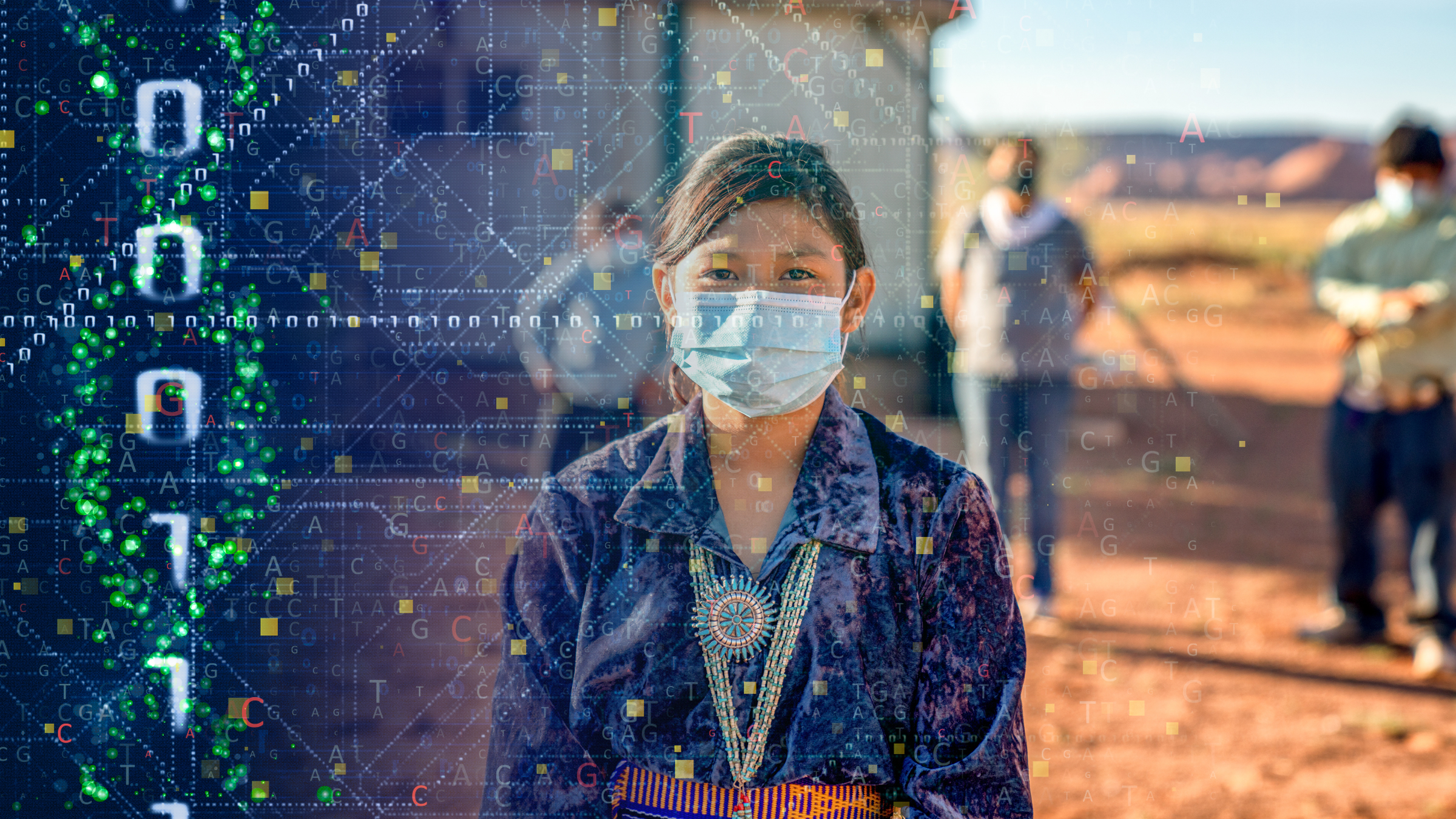 When Stephanie Russo Carroll, DrPh, MPH, was a graduate student at the University of Arizona Mel and Enid Zuckerman College of Public Health, her dissertation committee said it was concerned she might not be able to gather all the data about tribal initiatives that she needed.

Dr. Carroll, who is Ahtna, a citizen of the Native Village of Kluti-Kaah in Alaska, was studying tribal initiatives such as after-school programs, tutoring, health infrastructure and economic development plans – and their impacts on the health and wellness of those communities. 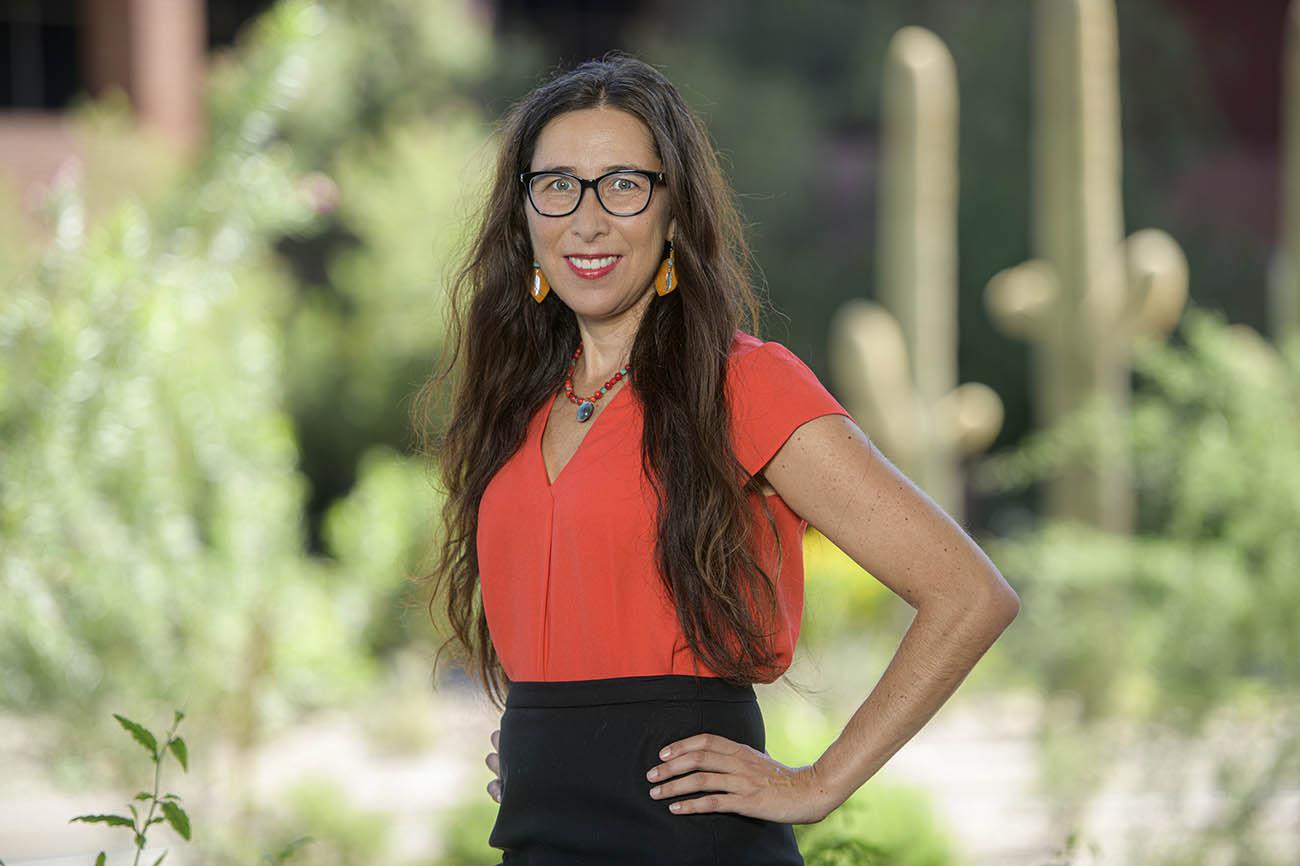 “In the end, we had data about tribal initiatives, but we were unable to get health outcomes data across the six tribes we were working with,” said Dr. Carroll, an assistant professor in the College of Public Health. Access to comparable information from mortality to natality to breast feeding rates was difficult.

This challenge led her to pursue a path focused on the health and wellness of tribal communities while also protecting Indigenous data. This path would impact not just her work, but scientists around the globe.

Big data, data collection and data sharing capabilities and technologies are growing worldwide. While they are at the heart of advances in medicine, more people are asking hard questions about how data is used, who owns the data, who benefits and who is being overlooked or exploited, including Indigenous peoples.

“Our goal as scientists is to serve communities and to use and reuse data for discovery and innovation,” Dr. Carroll said. “If we don't attend to the ethics and the rights-based responsibilities up front, then our work will not stand the test of time.”

“Our goal as scientists is to serve communities and to use and reuse data for discovery and innovation. If we don't attend to the ethics and the rights-based responsibilities up front, then our work will not stand the test of time.”Stephanie Russo Carroll, DrPh, MPH

In 2004 the Havasupai tribe, who live at the bottom of the Grand Canyon, sued the Arizona Board of Regents after blood samples collected by Arizona State University researchers for a diabetes study were used to search for other diseases and genetic markers without proper consent from subjects from the tribe.

Using this data, other researchers published studies documenting mental illness, alcoholism, and in one case, traced the tribe’s origins to Asia, challenging its ties to the Grand Canyon, where members have lived for centuries. In 2010 a settlement was reached; the tribe was paid damages, and blood samples that could be located were returned.

It is one example of what Indigenous researchers are hoping to fix.

Dr. Carroll has worked alongside international scholars to create the CARE Principles for Indigenous Data Governance, a set of guidelines that support Indigenous peoples’ collective control over the application and use of Indigenous data and knowledge “for collective benefit.”

“My latest passion is: How do we inform repositories and provide tools so they can create policies, practices and requirements so data can be reusable in the future on Indigenous peoples’ terms?” Dr. Carroll said.

These efforts are gaining traction across UArizona Health Sciences, where more colleges and programs rigorously teach handling of data as it pertains to Native people.

That is part of what Teshia G. Solomon, PhD, (Choctaw Nation) associate professor in the Department of Family and Community Medicine at the UArizona College of Medicine—Tucson, does in her role as co-director of the American Indian Research Center for Health. Dr. Solomon was lead editor and author on the book, Conducting Health Research with Native American Communities. Her research focuses on cancer in Indigenous communities, and she trains researchers on working with Indigenous communities.

“I always go back to, ‘How do we protect the individual who is giving you the gift of their data?’” Dr. Solomon said. “How do we protect that community and make this research meaningful and make a difference in peoples’ health and well-being? In other words, let’s not collect data for data’s sake.”

Dr. Carroll sees Indigenous students who are now training to become scholars and researchers as the future leaders in this field.

“A lot of times students are pushed to just focus on the science,” Dr. Carroll said. “But especially the younger students coming up, they don't want that at all. They want to do science that's in service and linked to their communities and tending to the rights of Indigenous peoples.” 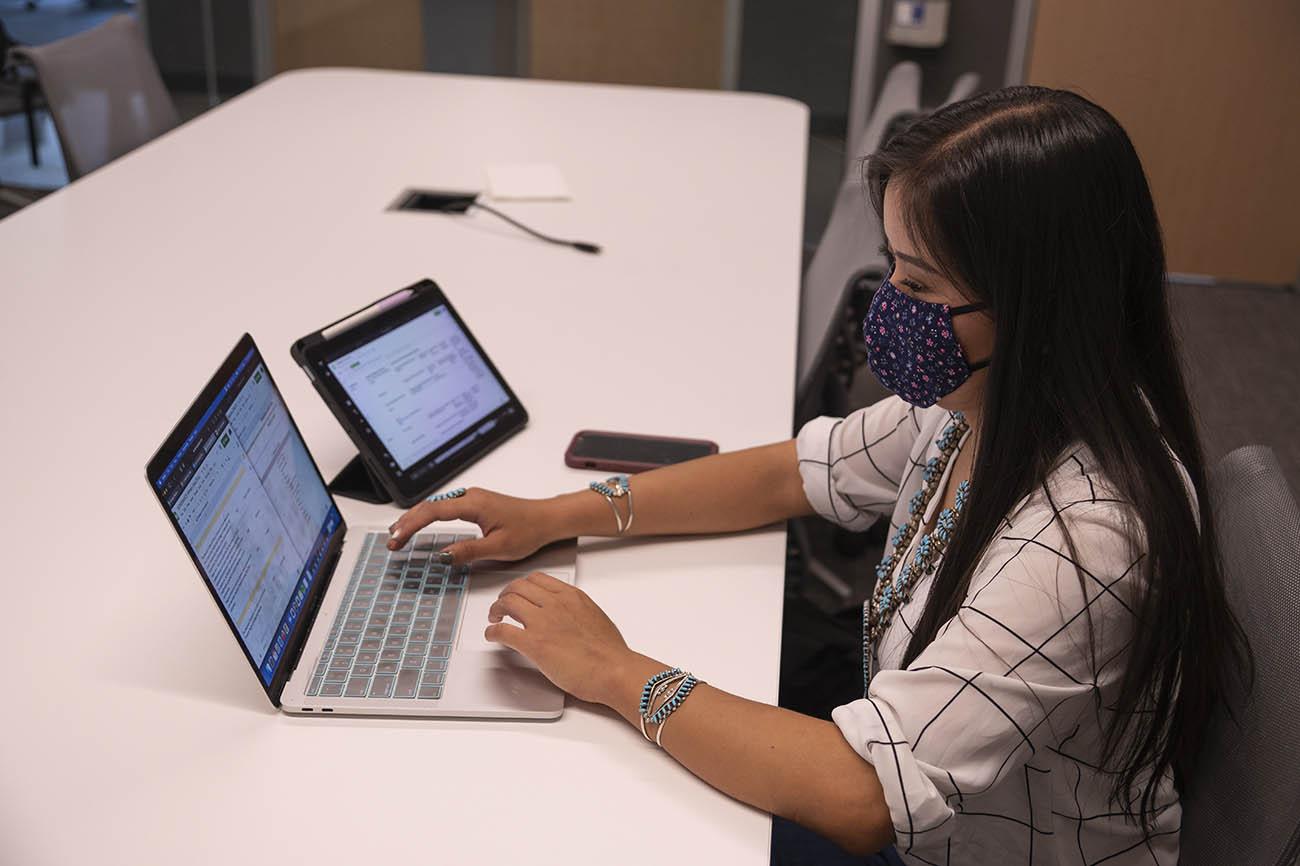 Dynnika Tso, (Navajo Nation) is a fourth year, first-generation student in the College of Public Health.

“I have always felt an attachment to the health care issues around my community, including health inequities, disparities and social impacts,” said Tso, a research assistant with the Collaboratory for Indigenous Data Governance Research at Health Sciences alongside Dr. Carroll.

The attention on Indigenous data governance is having an impact and empowering tribal nations.

In her role, she asks questions geared toward protecting the tribe such as: How will data be collected? What is the project? Where will it be published? It’s a shift in attitude from one that was paternalistic in nature to one where tribes are in charge, she says.

“Those questions are being asked, and it's not that the tribe doesn't want to do research,” Frias said. “It’s that we don't want to be taken advantage of and exploited. Furthermore, we want to have research done that reflects our priorities.”

The end goal is to create an Indigenous-led framework for the use of data, to move science forward, to protect subjects and help communities solve problems, Dr. Carroll said.

Ensuring representation at the highest levels of academia is critical to achieving this goal.

It’s an area where UArizona leads, having been recently ranked as the top doctorate-granting institution for American Indian or Alaska Native students, according to the National Science Foundation's most recent survey of earned doctorates.

“The landscape is shifting,” Dr. Carroll added. “From a university perspective, we must invest in Indigenous scholars, within STEM and social sciences. It's really important to have Indigenous representation and leadership within those fields, and I'm hopeful that our investments in these areas will make a huge difference.”

To learn more about Indigenous data sovereignty at the University of Arizona Health Sciences, visit:
https://nni.arizona.edu/programs-projects/policy-analysis-research/indigenous-data-sovereignty-and-governance