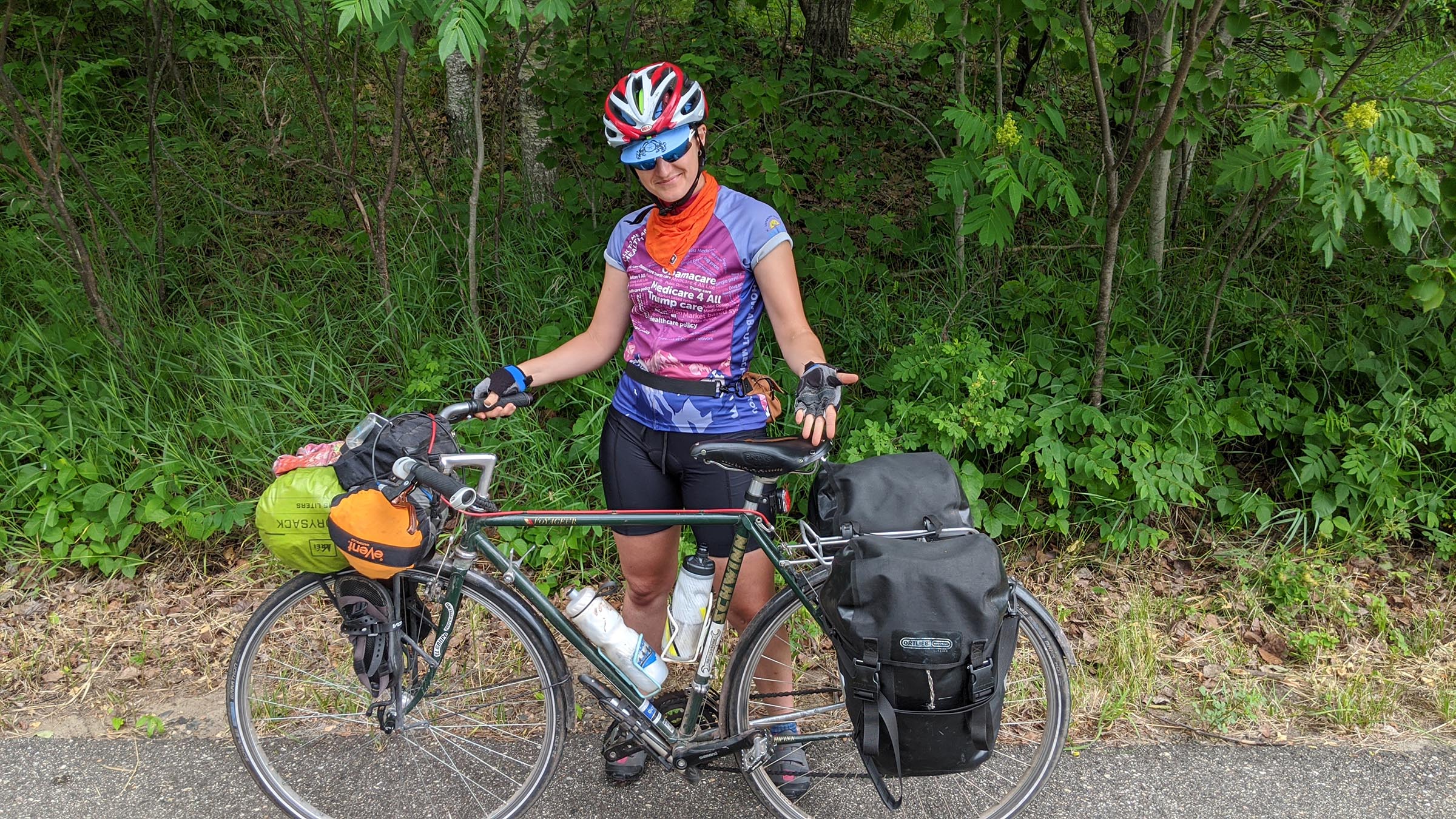 When Paul Gordon, MD, MPH, and first-year medical student Julia Liatti embarked on their listening tour across the country’s Midwest and Upper Midwest states this summer, they didn’t know what to expect. They planned to travel by bike and collect interviews for a qualitative research study, but they didn’t plan to do it in a pandemic. They didn’t know if they’d be able to ride through six states as they’d diligently planned, or talk to anyone they met along the way.

With university approval, the College of Medicine – Tucson professor and student set out to listen to peoples’ thoughts about health care policy during an election year. Dr. Gordon began his adventure in mid-May and rode 1,800 miles from Pennsylvania to North Dakota, passing through Ohio, Michigan, Wisconsin and Minnesota. Liatti joined him in Michigan in late May for 1,300 miles after she finished her coursework for the spring semester.

The route was purposeful. Dr. Gordon wanted to hear voices not often represented in national media, those in so-called swing states that President Donald Trump won in 2016.

Dr. Gordon is a professor in the Department of Family and Community Medicine at the University of Arizona Health Sciences and he practices family medicine. He said the bike listening tour was an opportunity to hear complexities that can’t be represented in national political polling. 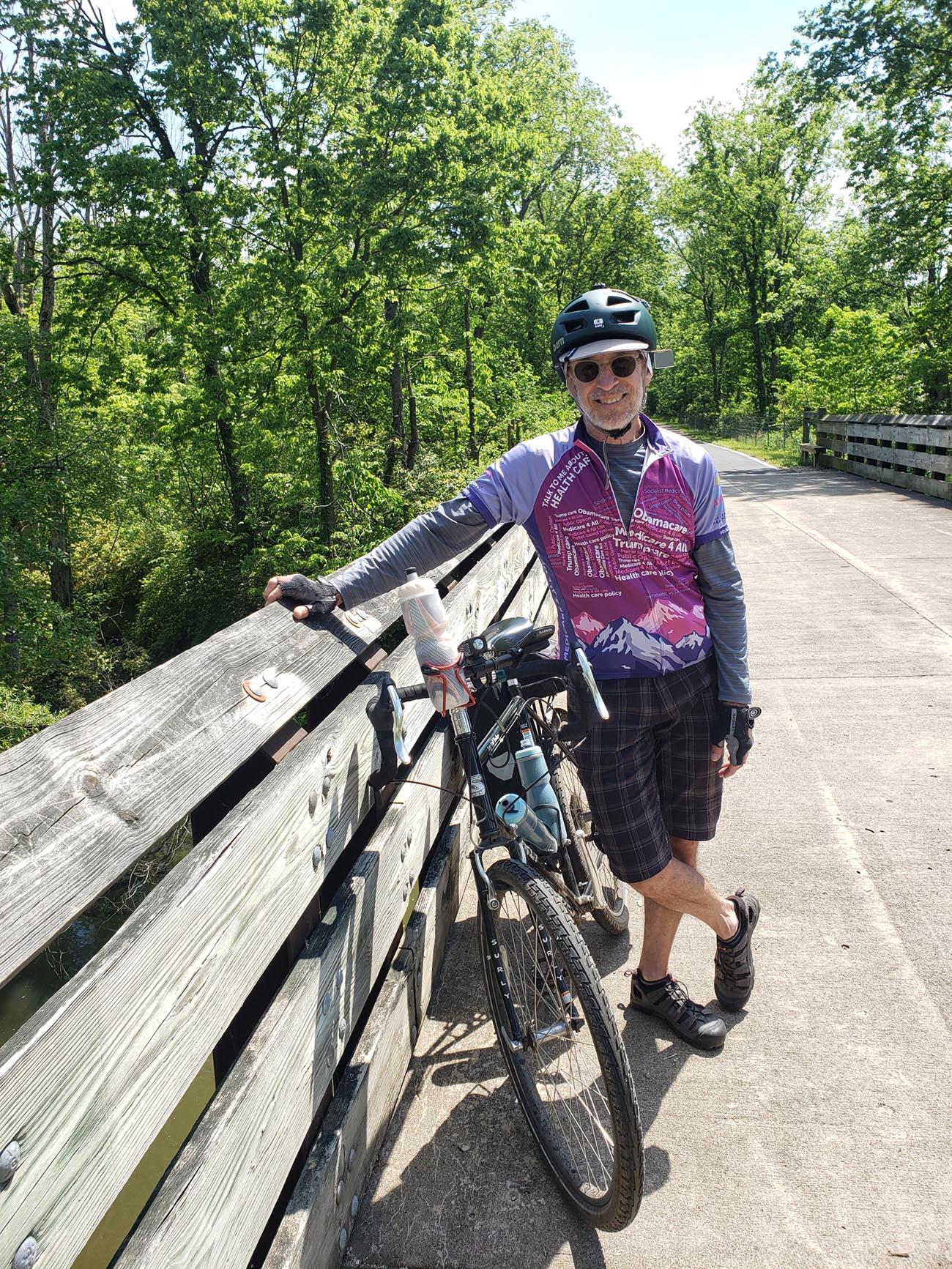 “So much of what we know about people's thoughts come from surveys and those, we feel very strongly, don't capture the depth and nuance, the extent and understanding of what people are actually thinking about,” Dr. Gordon said.

They shared their reflections and some of their conversations on a blog they wrote during the trip. Liatti said the conversations illuminated concrete health care challenges people face every day. In Norway, Mich., she wrote about a woman she called “Stacy,” who struggled to get care for her daughter.

“She lost her daughter, ’Jenna,’ two years ago to cerebral palsy and a mitochondrial disease when she was 21 years old. Until the day she died, Stacy fought tooth and nail for Jenna to receive the services she should have gotten via Medicaid but never came through in a timely manner. This single mother of six, who worked full time, told us about how she used to carry her daughter around and would have done so ’until we had to hire someone to carry us both around’ because by the time Jenna was approved for a wheelchair as a child, she had already outgrown it and they had to start all over,” Liatti wrote.

“Stacy talked about how she felt as though [the] administration was just waiting for her to give up and go away until the day Jenna died, after which Stacy drove home alone and found the letter that finally approved her daughter for social security that they had applied for months prior.”

Liatti said she was touched by the conversation, as it reminded her how important it is to listen to people and simply be present as they share difficult experiences.

Listening was the core of the trip for Dr. Gordon. He rode a similar bike tour in 2016 and asked people then about the Affordable Care Act amid proposals to end it. Now, he said, people are more entrenched in their beliefs, less willing to discuss nuance, “people dug in even deeper this time.”

Others were hesitant to talk about health care. Dr. Gordon wrote about such an exchange with a group in South Charleston, Ohio.

“I explained to him the purpose of our trip saying we’re trying to learn what people think about healthcare. One of the three immediately responded, ’We don’t talk about politics.’ I said, ’are they the same, healthcare and politics?” Dr. Gordon wrote.

“People I’m meeting intimately tie politics and healthcare together. As physicians we try to care for a patient separate from their political beliefs. Unfortunately, any discussion of healthcare access become[s] a political discussion hampered by the extreme polarization in our country,” he wrote. “We also see our role as physicians as educators. But with this extreme partisan approach, it’s almost impossible to have the opportunity for the necessary conversations to educate.”

Listening is pivotal in primary care

Liatti wanted to use her experience to build skills she will need to practice primary care in an underserved area of the state after medical school. She is one of the first students selected for a Health Sciences Primary Care Physician Scholarship earlier this year. 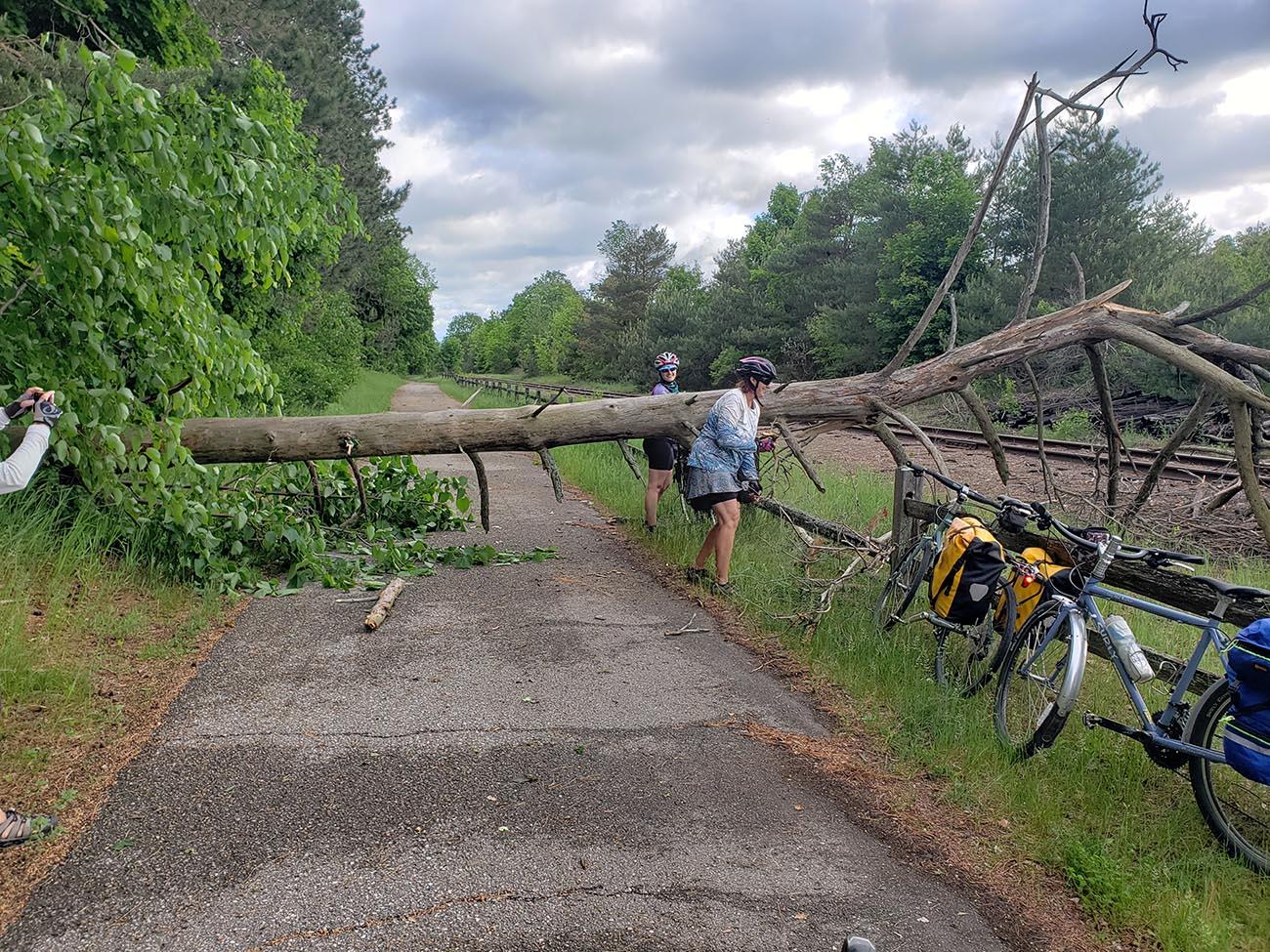 Liatti thinks the practice with difficult conversations will make her a better primary care physician.

“It was just a really lovely reminder that no matter what kind of patient I have in the future, it doesn't matter what their politics are, I can still find some way to connect to them,” she said. “For the most part, we all have the same goals in terms of a healthy, happy life.”

Friends joined the researchers on their tour, pictured here on the shore of Lake Michigan.

“It just makes my day,” Dr. Gordon said. “I've been here for 30 years, and we have had few students who speak as Julia did about the importance of primary care.”

“Until we can allow people's voices to be heard, we can’t care for them as clinicians. On the teaching side, I feel my role is to help in the development of our future cohort of physicians, people like Julia. To have that great reinforcement of the importance of listening, it's just wonderful,” he said.

Liatti and Dr. Gordon are now processing their research. They’ll categorize the information in the interview transcripts, identify patterns, reflect on their own impressions and write a qualitative research article for publication. And when his next sabbatical comes around in six years, Dr. Gordon hopes he’ll be able to do it all over again.

Read more from Dr. Gordon and Liatti on the blog they wrote during their trip.