As a physiology major and undergraduate researcher, one of Eduardo Gamez’s goal prior to his May 2020 graduation was to finish his Honors College thesis, but the pandemic had other plans. 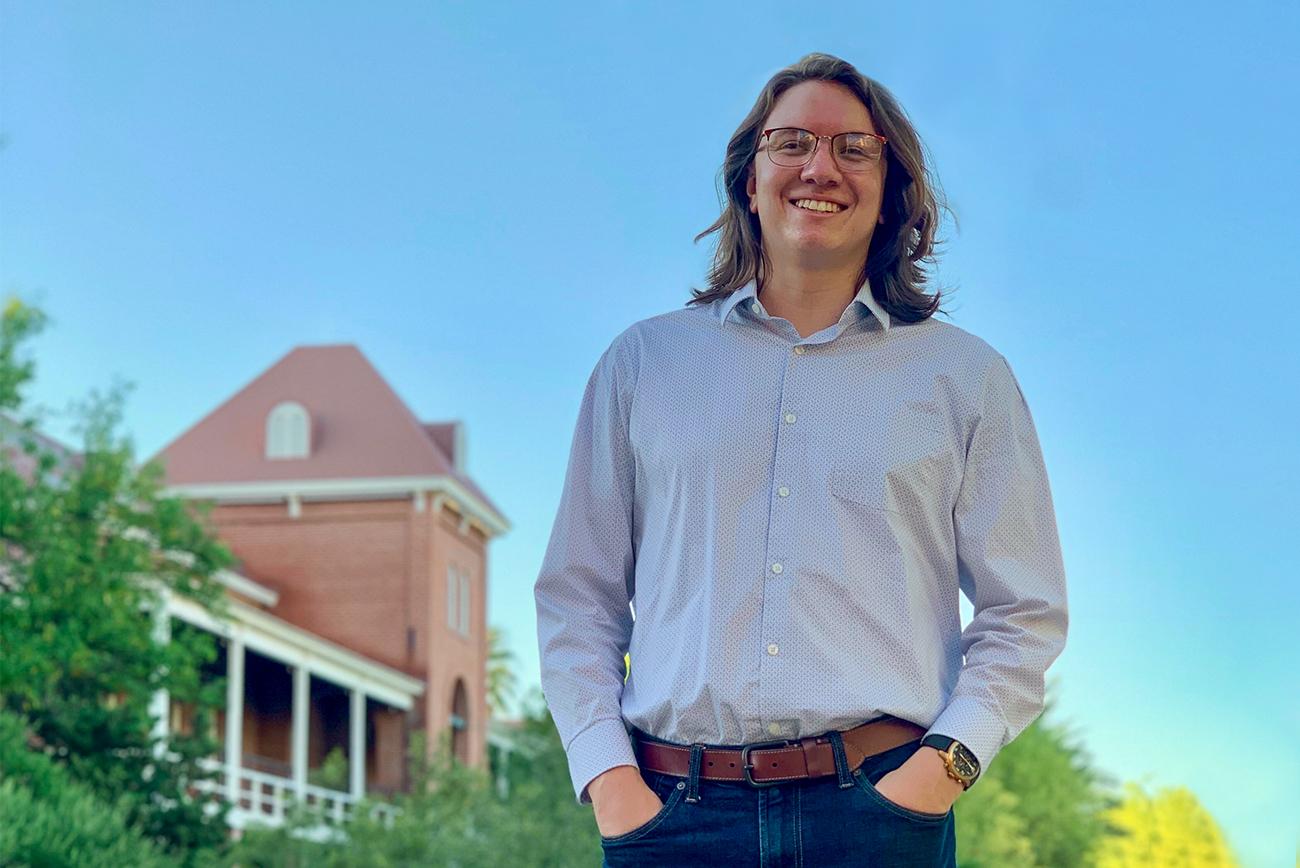 Gamez was a sophomore when he started working in the research laboratory of Sam Campos, PhD, an associate professor in the College of Medicine – Tucson’s Department of Immunobiology, studying human papillomaviruses. Under Dr. Campos’ mentorship, Gamez developed a research question for his thesis.

“His thesis investigated the late trafficking biology of human papillomavirus infection, specifically how the viral genome leaves the Golgi and travels to the host cell chromosomes during mitosis, or cell division,” Dr. Campos said, referring to the Golgi apparatus, which modifies and sorts proteins for transport throughout a cell. “This is a critical stage of infection, and Eduardo was investigating the role of some key host proteins and pathways in this process.”

Gamez mapped out the experiments and performed them, with each experiment lasting about a week. After analyzing the data, he presented it to Dr. Campos, and together they decided which direction to take with the next experiment.

Juggling his classes with the research, Gamez sacrificed many late nights and early mornings to make his schedule work. He was two-thirds of the way through his HPV research when, ironically, another virus brought everything to a crashing halt. The spread of SARS-CoV-2 was declared a global pandemic, and the University of Arizona closed its doors to in-person activities and most research. Gamez was no longer allowed in the lab.

“It was really hard for me, because I kept thinking, I could just go in and do one more experiment,” said Gamez, who compiled the results he had and presented it as his thesis. “It was well-received from Sam and the other colleagues that we worked with, so I was proud of it in that sense. But if I could go back even now, still, I would want to finish some things. I just want to explore more.” 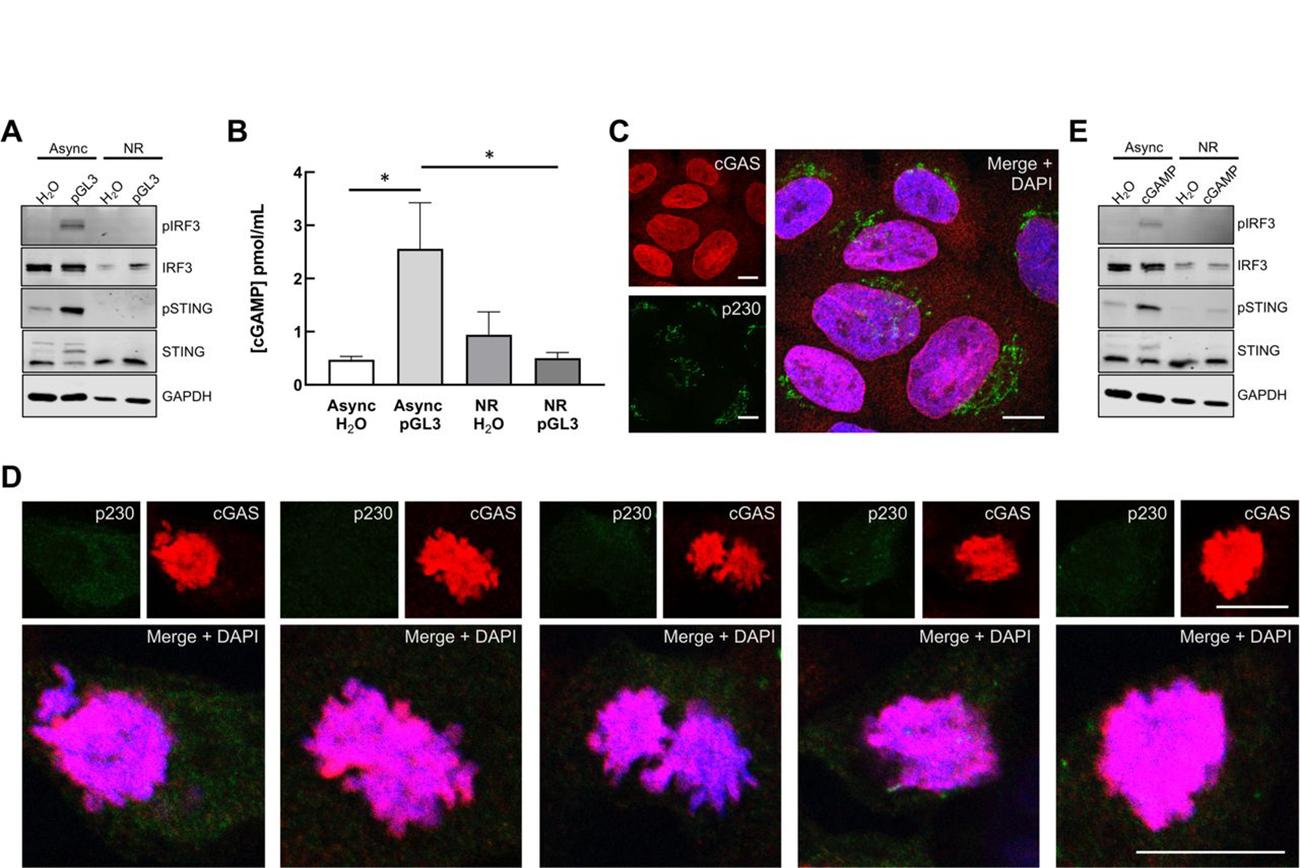 There is a silver lining to the story, according to Dr. Campos. Gamez is the middle author on a paper that is in the process of being published.

The paper, “Attenuation of cGAS/STING Activity During Mitosis,” is available as a preprint on bioRxiv. Brittany Uhlorn, a former graduate student in the lab, is the first author, and Dr. Campos is the corresponding author. (UPDATE: The paper was published in the journal Life Science Alliance on July 13).

“He ended up taking on the task of doing what turned out to be quite complicated experiments with these cells, setting them up the right way so that they would all go into mitosis together, and they would all be synchronized for division,” Dr. Campos said. “These were tough experiments at the time. These were the kind of experiments where you had to come in at odd hours, and Eduardo was willing to do it. I applauded that enthusiasm, it showed he was really passionate and eager to understand the biology. Eduardo was also asking very smart questions and offering good ideas, it was clear he was immersing himself in the scientific literature. I knew that he would be cut out for research when he showed me those characteristics.” 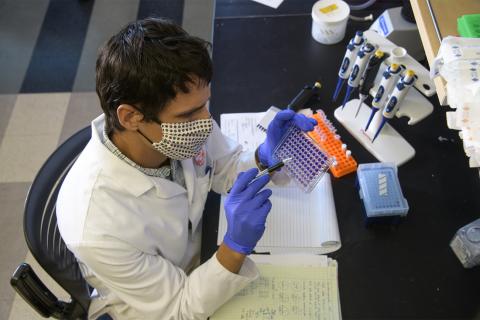