Dr. Roberta Diaz Brinton discusses her passion for Alzheimer's disease research and what's next for the Center for Innovation in Brain Science.
July 12, 2021 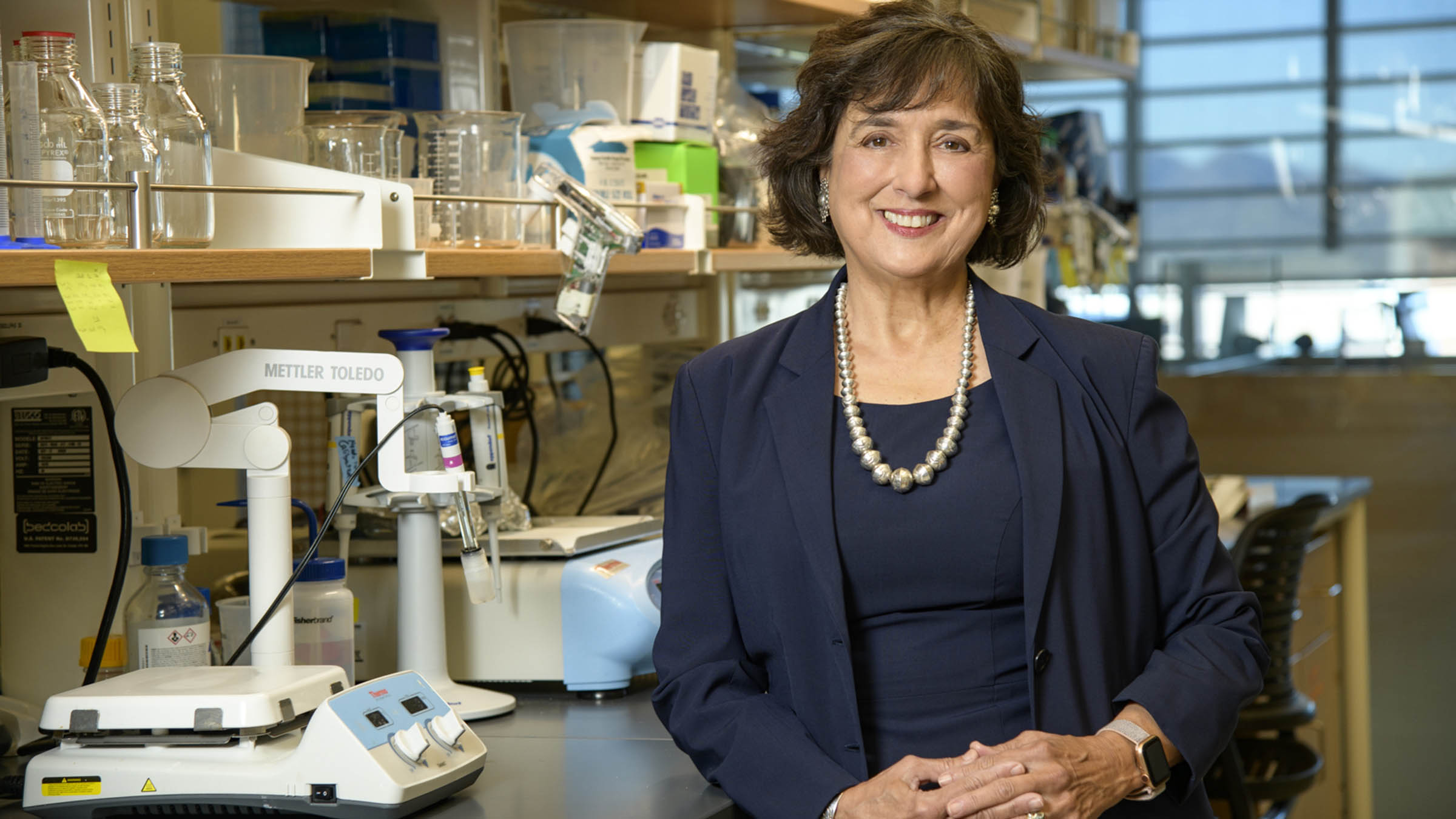 Neuroscientist Roberta Diaz Brinton, PhD, oversees one of the most prolific research centers at the University of Arizona Health Sciences – the Center for Innovation in Brain Science (CIBS). Since its launch in 2016, the center’s researchers have been awarded nearly $100 million in grants for work on neurodegenerative brain diseases, including Alzheimer’s, Parkinson’s, multiple sclerosis and ALS.

Starting with the concept of “lifting all brains,” Dr. Brinton created CIBS as a multidisciplinary, collaborative center comprised of researchers, clinicians and experts from a multitude of disciplines within and outside of neuroscience. These include computational systems biology, biomarker design, synthetic chemistry, translational drug development, clinical trial operations and regulatory affairs. In August 2019, the National Institute on Aging awarded Dr. Brinton and her team a $37.5 million grant to research a potential regenerative therapy for Alzheimer’s, one of the largest grants in University of Arizona history.

A New Jersey native, Dr. Brinton earned bachelor’s degrees in psychology and biology, a master’s degree in neuropsychology, and a doctorate in neuropharmacology and psychobiology, all from the University of Arizona. Among her numerous accolades: In 2020, the Arizona Board of Regents named her a Regents Professor, the highest academic merit a faculty member can achieve. In 2010, President Barack Obama awarded Dr. Brinton the prestigious Presidential Citizens Medal for her promotion of careers in STEM. And in 2005, U.S. News & World Report named her as one of the “Ten Best Minds.” The National Institutes of Health has funded her Alzheimer’s research for more than 20 years.

Health Sciences Connect spoke with Dr. Brinton about the future of innovation in brain science.

What inspired your work?

Because I was drawn to discovery, I chose to study neuroscience over medicine. The experience of meeting one woman in particular with Alzheimer’s disease when I was a young post-doctoral fellow changed the course of my career. I got to know Dr. Rowena Ansbacher, a psychologist who was taking part in a women-specific Alzheimer’s clinical trial at a research hospital at Rockefeller University, where I was doing post-graduate work. While taking walks together, she would talk about her passion: psychology.  She shared detailed stories of Adlerian psychology and the feuds between Jung, Freud and Adler.

“The key here is 'who.' Who are the responders and who are the non-responders in terms of treatment? That’s the next big leap and our next big launch into data science as we move toward the future.”Roberta Diaz Brinton, PhD

One day after walking, I went to bid her good night but returned to her room 30 seconds later. When I asked if she remembered me, she responded, “I’m so sorry, should I know you?” She couldn’t remember me after 30 seconds. I have not forgotten her for 30 years.

In what other ways did Dr. Ansbacher inspire your work?

Through my interactions with her, I learned it was not that she didn’t remember me, it’s that she never encoded me. She remembered a great deal from the past. She just couldn’t encode new information. This insight was critical. She also taught me that Alzheimer’s doesn’t just affect the patient. It affects the entire family. It’s a day by day, hour by hour, passing. When one person in the family has Alzheimer’s, the whole family has this disease. It is exhausting and debilitating for everyone. I am very driven by the suffering of individuals and their families.

Your career has focused on the aging female brain. Why?

Each age-associated neurodegenerative disease we study at CIBS shares a common kick-starter. The tipping point from health to disease is an energy crisis in the brain, which happens to a significant proportion of people as they age. That energy crisis – which happens at different times for women and men – leads to the manifestation of disease. Women are at a two-fold greater lifetime risk of developing Alzheimer’s disease. Before the age of 50, both women and men can develop multiple sclerosis. But after the age of 50, it's primarily women.

Your perspective as a woman has impacted your approach to research. In what other ways has diversity affected Alzheimer’s research?

What is next for CIBS?

My prediction is we will soon have a portfolio of very solid evidence on what prevents Alzheimer’s disease. There are multiple on-ramps to Alzheimer’s right now but there are no off-ramps. We know that Type 2 diabetes, traumatic brain injury and inflammatory disease all have an impact on neurodegenerative disease. Those are entry points for approaching treatment.

Over the next 5 to 10 years, we will have an explosion of therapeutics for Alzheimer’s. What’s very exciting is that we don’t have to wait 5 to 10 years to make an impact because the prevention of Alzheimer’s disease is within reach.

We are further along in Alzheimer’s than we are in Parkinson’s and ALS. We are taking the lessons learned, such as sex differences, and we are applying them to other age-associated degenerative diseases.

What is next for research and treatment?

The key here is “who.” Who are the responders and who are the non-responders in terms of treatment? That’s the next big leap and our next big launch into data science as we move toward the future. Recruiting patients for trials is a critical part of our work. It’s important for those who enroll to come from different backgrounds, genders and ethnic groups. It takes a lot of effort, financing and unrelenting attention. The people who enroll and their families are angelic beings. They are people who want to help and give back. We owe them a great debt of gratitude.