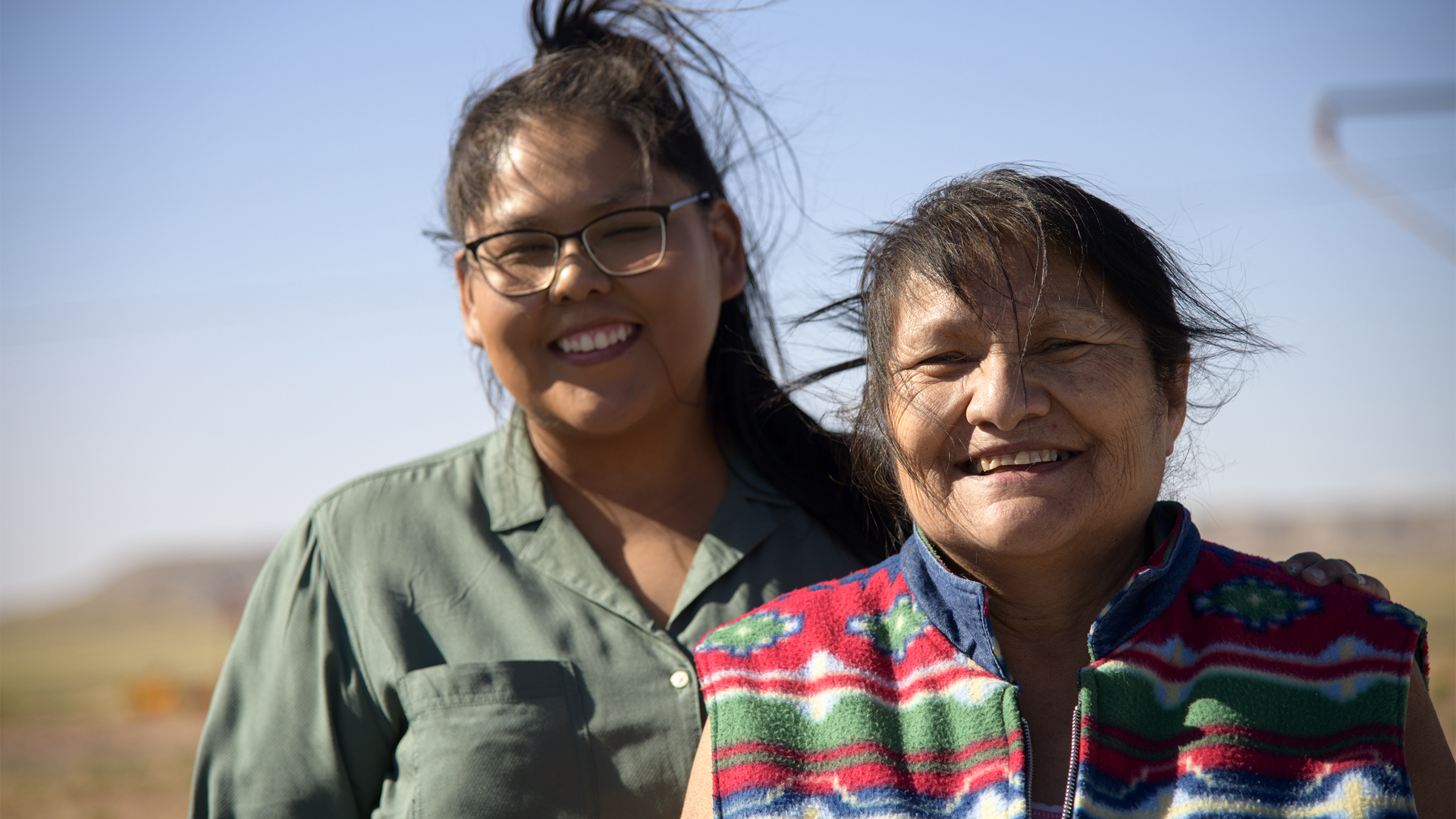 Tiffani Begay and Ida Begay receive donations on the Navajo Nation in early June from the University of Arizona Cancer Center food and supply drive.

In May, the Navajo Nation had the highest per-capita rate of COVID-19 infections in the country, and that startling fact spurred several University of Arizona Health Sciences teams to action. Scores of faculty, students and staff have volunteered to help the Nation’s rural residents by providing supplies to offset shortages and to reduce the spread of the virus.

Three such efforts focused on food and medical supplies for far-spread rural residents.

Many of the efforts to help the Navajo Nation during the pandemic relied on existing relationships to find out what was needed and how to distribute it. 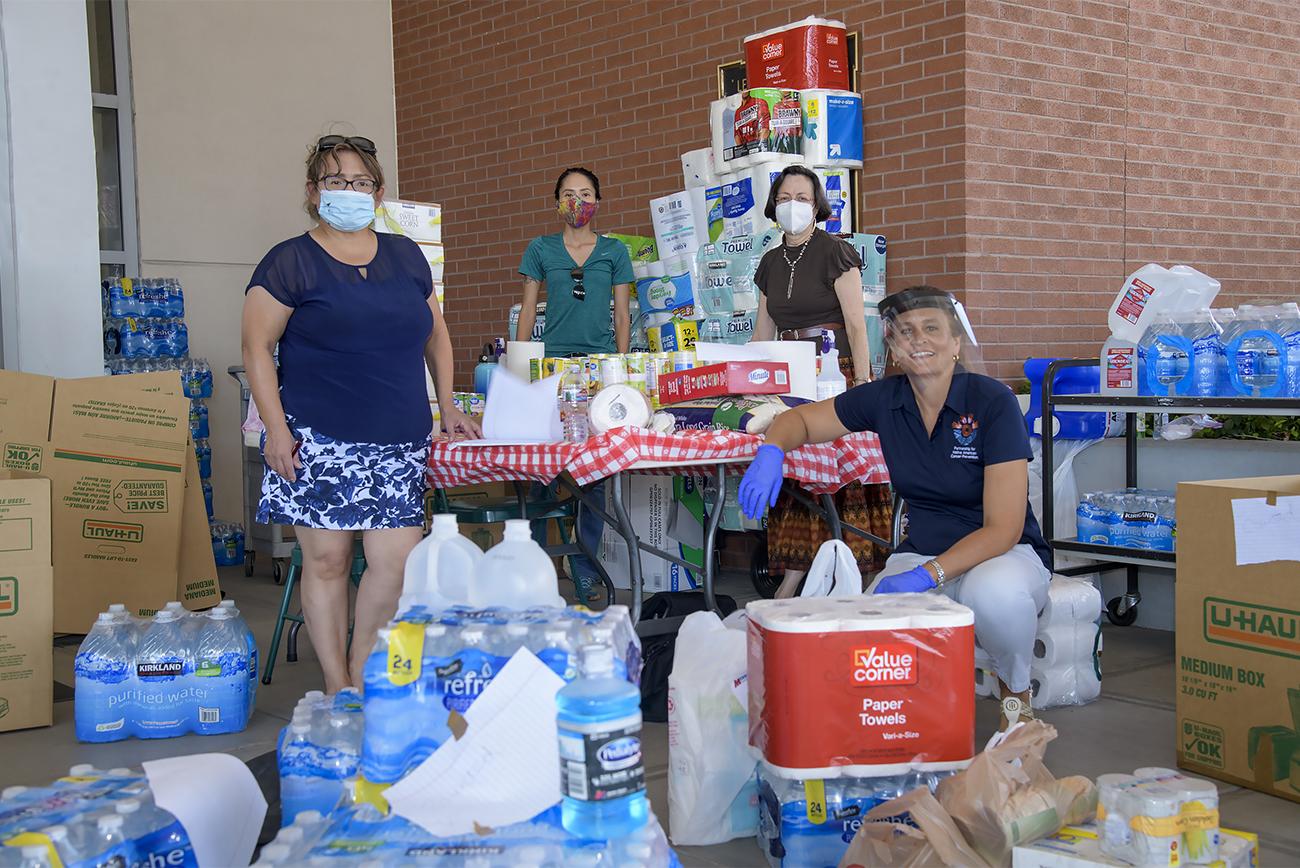 Margaret M. Briehl, PhD, is a professor in the College of Medicine – Tucson and principal investigator of the Partnership for Native American Cancer Prevention at the University of Arizona Cancer Center.

She has been working to address health disparities that Arizona's tribal communities face around cancer risk, prevention and treatment, including training and outreach to the Navajo Nation.

When it became apparent early on that the pandemic was affecting high numbers of Navajo, she reached out to an advisory committee that typically focuses on cancer. She heard there was great need for food and paper goods to offset some of the economic impacts related to government and business closures to prevent community spread of the virus.

“I am floored by and grateful for the generosity of our community. The University of Arizona and Tucson have a big heart,” she said, reacting to the outpouring of donations that included thousands of bottles of water, hundreds of cans of food and rolls of toilet paper, and hand sanitizer, bleach and face masks.

This effort relied on Navajo networking. Briehl and Maria Lluria-Prevatt, PhD, research administrator at the Cancer Center, organized delivery of the supplies.

College of Medicine – Tucson students initiated a donation drive for the Navajo Nation in May.

Fourth-year medical student Thomasina Blackwater grew up in Kirtland, New Mexico, near the Navajo reservation, and reached out to people she knew, UArizona College of Medicine – Tucson alumni, and others to find out what they needed. 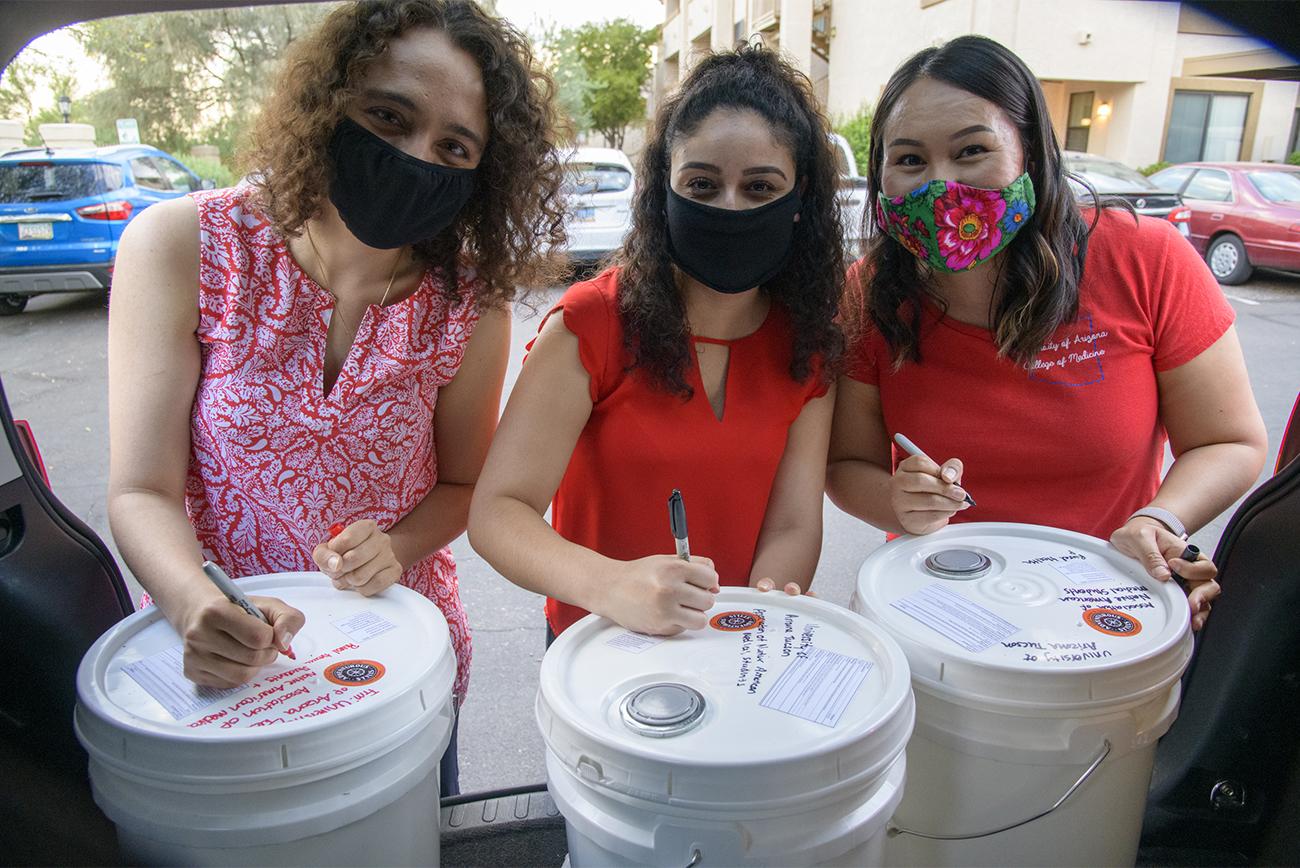 “They said they were low on items such as gowns, scrub caps and shoe covers. As a medical student, I felt like we have a lot of access to making those things if we just put on a fundraiser, getting some fabric together,” she said.

In some cases, students delivered personal protective equipment (PPE) in the form of ready-to-use masks, but they also collected and delivered raw materials such as fabric.

“We teamed up with some local seamstresses who were also making PPE and shipping them out to alumni physicians,” Blackwater said.

The donations were delivered to the Navajo Nation in June. An earlier effort in April to supply food to the Tohono O’odham Nation near Tucson was a model for the students’ Navajo outreach. The Tohono O’odham effort was organized by recent College of Medicine – Tucson graduate Cazandra Zaragoza, MD, who had a clinical rotation in Sells, and reached out to tribal members to ask what they needed when the pandemic hit.

In an effort to honor Navajo veterans who served in the Korean War, students in the College of Medicine – Phoenix partnered with the Korean Ministry of Patriots and Veterans Affairs and U.S. Rep. Greg Stanton, to provide more than 10,000 N95 masks and nearly 4 tons of supplies. 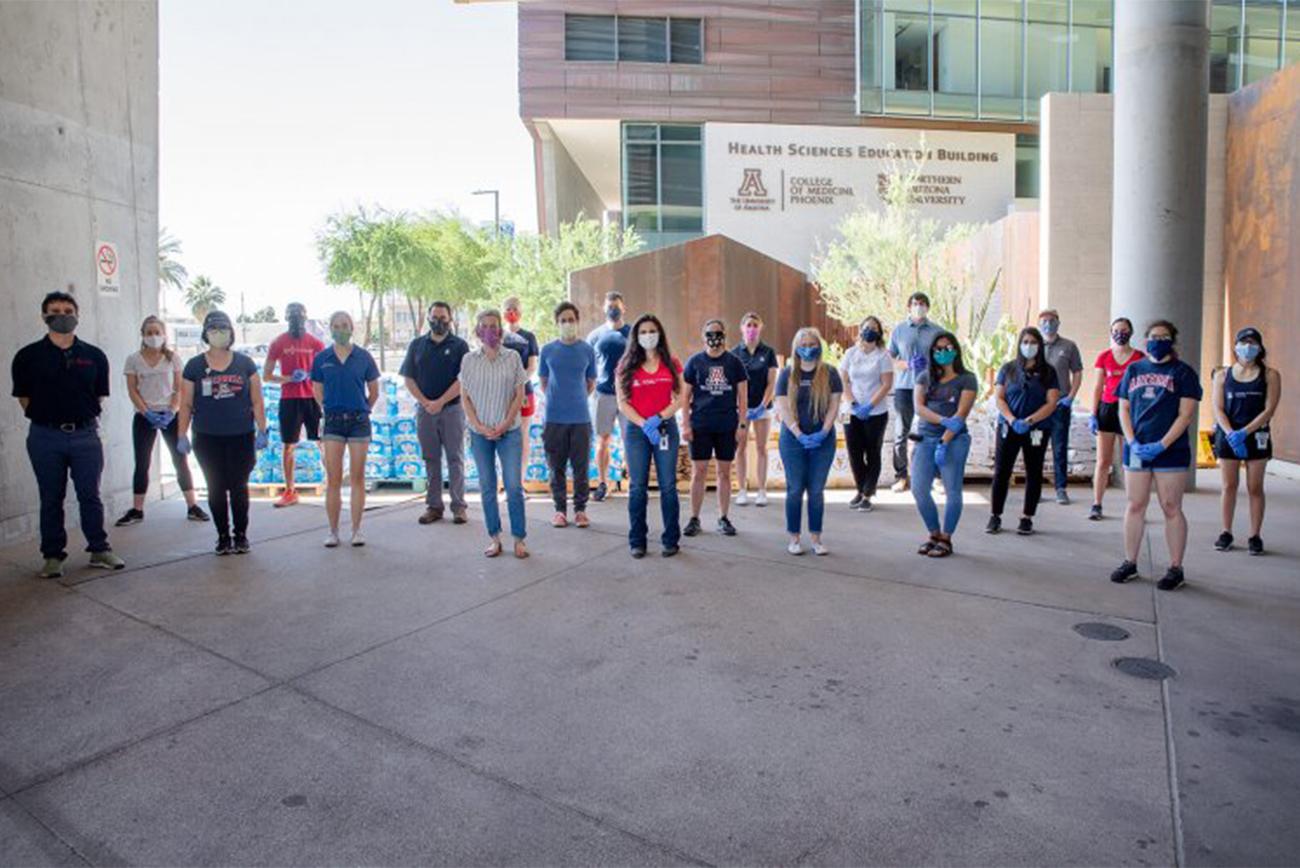 The transport of supplies was led by third-year student Kevin Gochenour, who also is one of the leaders of the Student Service Corps. He previously worked on the reservation as a flight paramedic, which gave him an understanding of the need for supplies in the rural communities that are already distanced from stores before stay-at-home orders and other prevention measures made it harder to access supplies.

Gochenour said about 15 percent of homes on the nation don’t have running water, many of the tribal elders are subsistence farmers and have been for generations, many don’t speak English, and there are houses on the reservation without addresses.

“Adding COVID-19 to the mix with a health care system that is on the edge on a good day, you can’t imagine the humanitarian crisis that has unfolded on the reservation,” he said. “The Navajo people are at risk of losing an entire generation of elders and the oral history they carry with them.”