A Match Made on an Orientation Bus

Despite not being matched in the same city, engaged pharmacy students happy with residency postings for Pharmacy Match Day 2022.
March 17, 2022 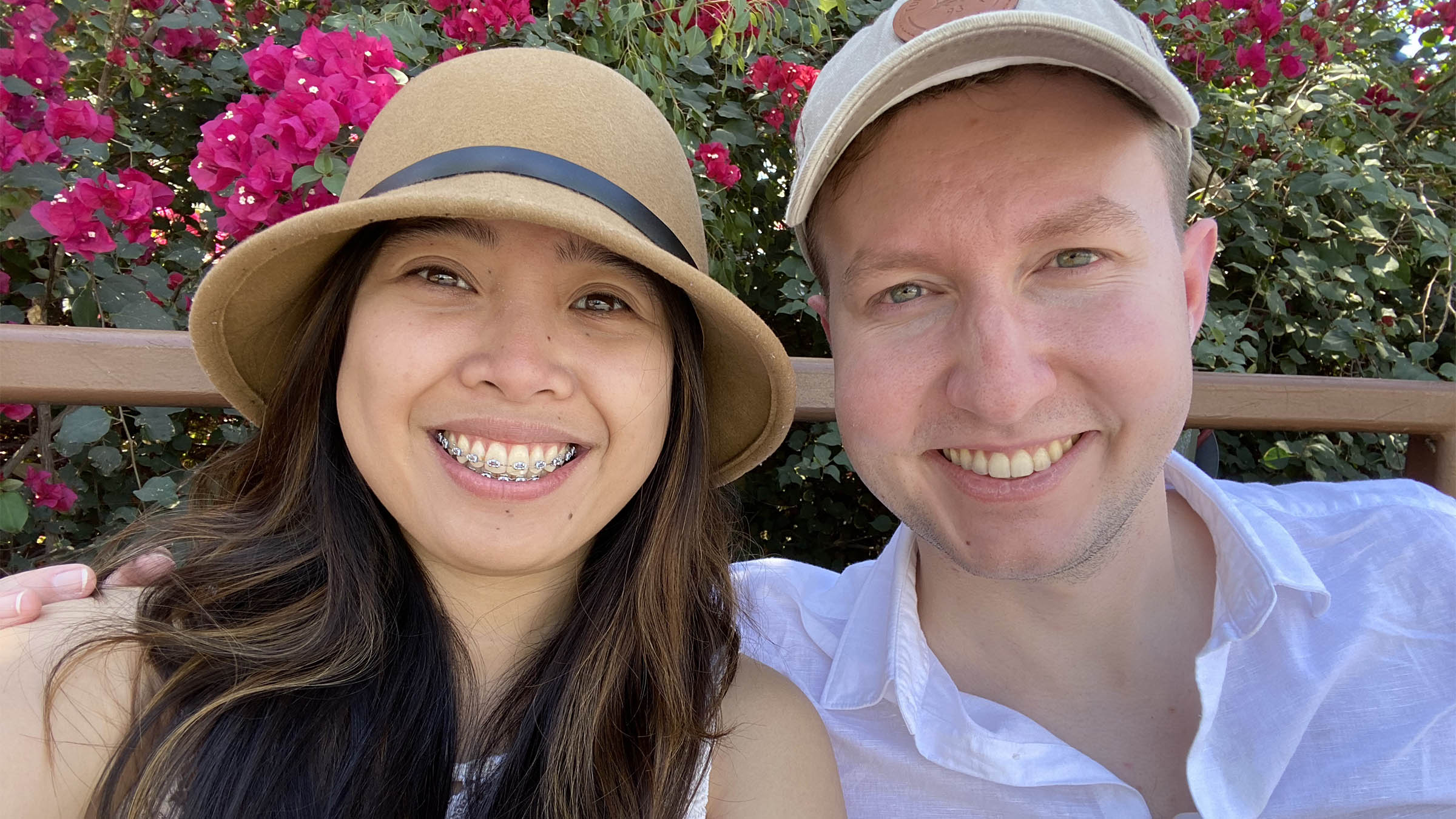 Shienna Braga and Eric Taylor, who plan to marry in 2024, received their pharmacy residency matches along with 47 other R. Ken Coit College of Pharmacy students. (Photo courtesy Eric Taylor and Shienna Braga)

A Match Made on an Orientation Bus

Their match wasn’t made through a love potion or a matchmaker. For one Phoenix-based R. Ken Coit College of Pharmacy couple, it was a match made at … a bus stop. And on the day that 49 pharmacy students learned of their residency matches, Eric Taylor and Shienna Braga found out they will be adding another chapter to their love story from different states.

Braga, who is doing her rotation in Flagstaff, was matched with Mayo Clinic in Rochester, Minn., and Taylor with St. Joseph’s Hospital and Medical Center in Phoenix.

“Our graduates will explore a number of diverse career paths, but today we are excited to be celebrating those who have matched with post-graduate residency training programs,” said Dean Rick Schnellmann, PhD.  “We wish everyone the best of luck as we know that this highly competitive environment can be stressful.”

“The goal of the Residency-Fellowship Preparation program is to pair students with mentors consisting of faculty, clinical partners and alumni to provide guidance for students to complete the residency application process,” said Amy K. Kennedy, PharmD, BCACP, associate professor and assistant department head. “We are thrilled that our students have been matched with residencies throughout the country, and we look forward to their contributions to the profession.”

Of the 49 residency matches, 31 will be in Arizona. Two each will be in California, Minnesota, North Carolina, Oregon and Tennessee. Programs range from pediatric, critical care and ambulatory care to psychiatric, community and oncology. One student will be an education resident with the American Pharmacists Association in Washington, D.C.

Braga and Taylor met during the college’s orientation four years ago, before their bus from the Phoenix Bioscience Core took them south to Tucson for orientation. “She actually was the first person I went up to talk to,” Taylor said. “I don't know if it was fate or what, but I just felt compelled to talk to her.”

“With our relationship, we are going through the same challenges,” Braga said. “It's nice because if we have an exam, you don't have to explain yourself to the other person because they know exactly what you're going through.”

Taylor said he was asleep when Braga called to alert him that the matches were in so that they could open their emails together. The moment brought mixed emotions. “Our first reactions were to be so happy, of course. But it also was a bittersweet moment,” Taylor said. “We were hoping to match together in the same state, but we’ve been talking about the possibility of matching apart for a while, and we know that it will absolutely be okay. A year will go by fast, and I’m so excited that we got our dream residencies.”

“As much as I wanted to stay in Arizona with Eric, Mayo was on top of my list, and I’ve always dreamed of working for the Mayo Clinic,” Braga said. “So it's great to be able to match with them and for them to consider me. It's such an honor. I'm very, very happy with the results. I'm going to be far away from my family and Eric, but it's a great opportunity to learn and to grow as a pharmacist.”

Braga’s interest in pharmacy had a personal origin. She moved to Arizona with her family as a 15-year-old from the Philippines. Her mother is a pharmacy technician and her father is a spinal cord injury survivor. Because of her father’s injury, she researched a lot of the medications he was on and would ask her father’s doctors about the medication. Realizing the impact a pharmacist could have on health care outcomes motivated her.

“We’re so proud of each other, and I'm so happy that she matched with Mayo,” Taylor said. For the couple, the year apart will be difficult, but the time should go quickly. They are recently engaged and planning to get married in 2024. 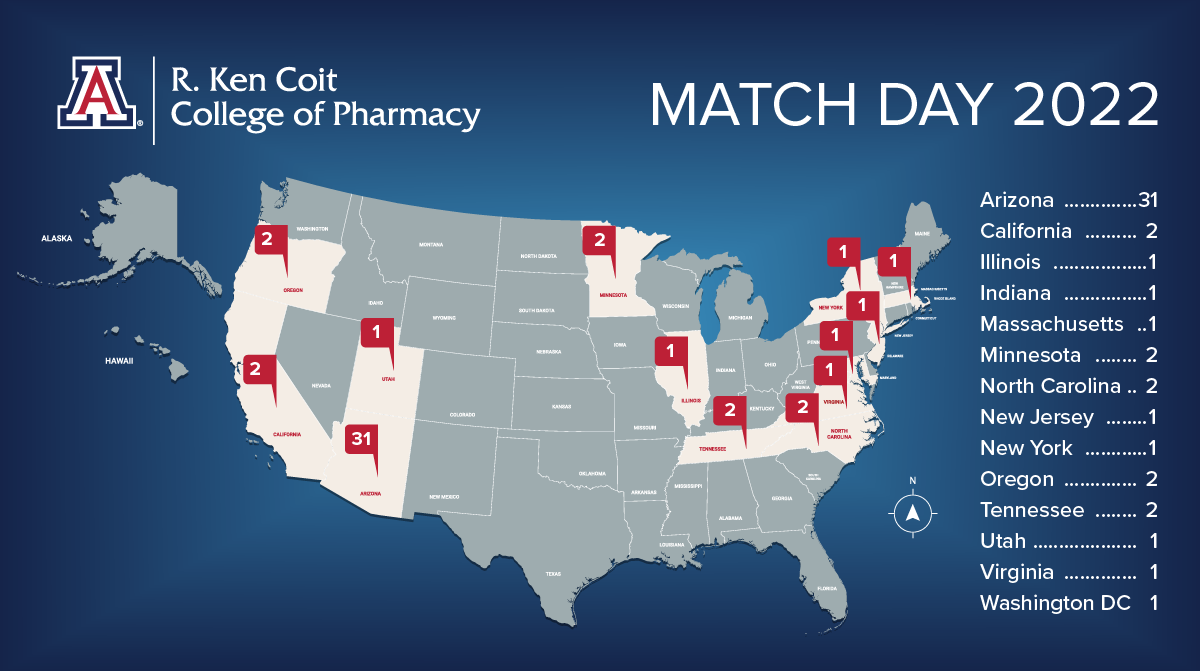