Increases in total National Institutes of Health funding have led to higher rankings for several colleges and departments.
February 17, 2021 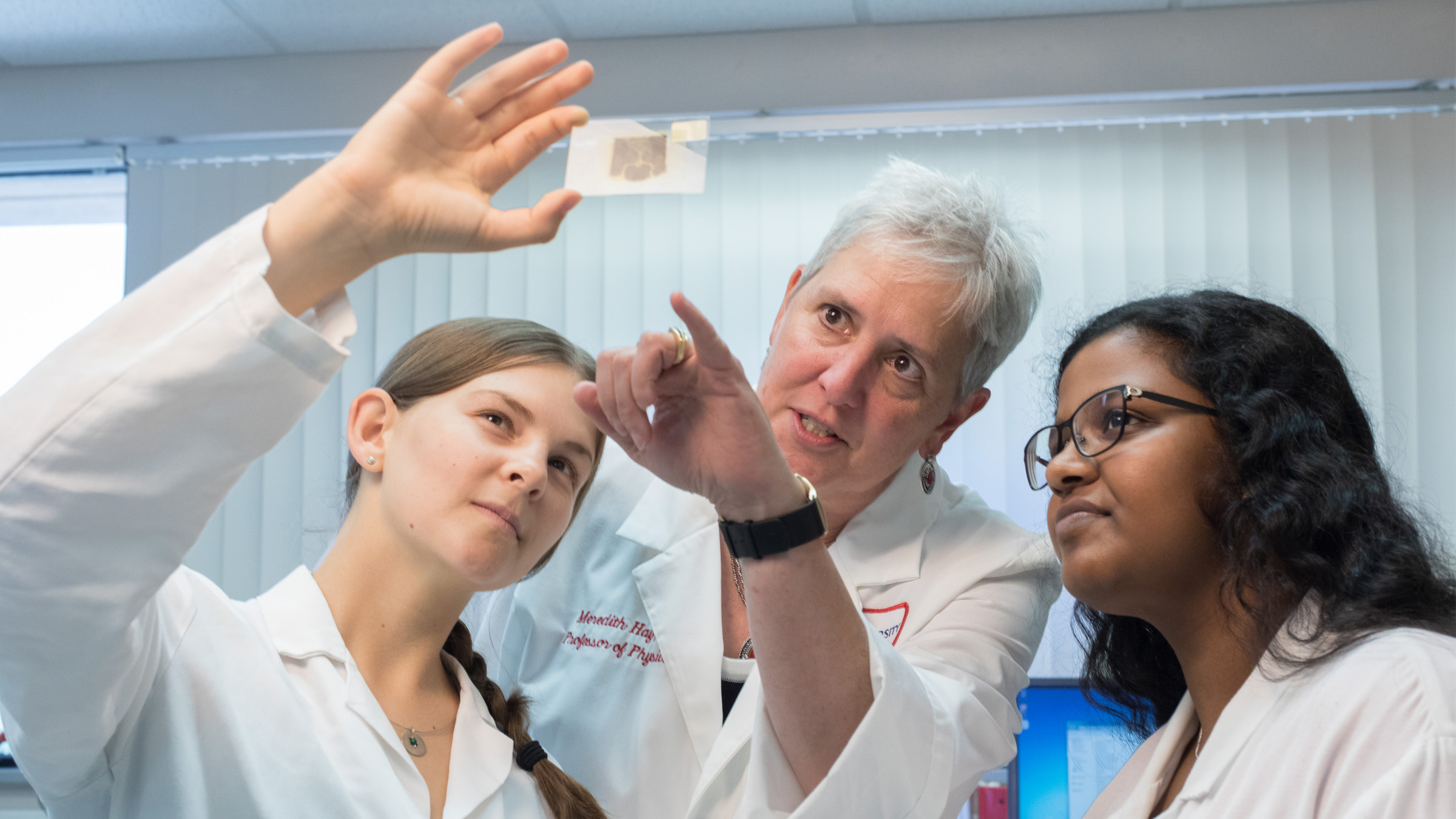 The University of Arizona Health Sciences increased its National Institutes of Health (NIH) funding to $139,881,044 and moved up in several categories in the Blue Ridge Institute for Medical Research rankings, released Feb. 8. 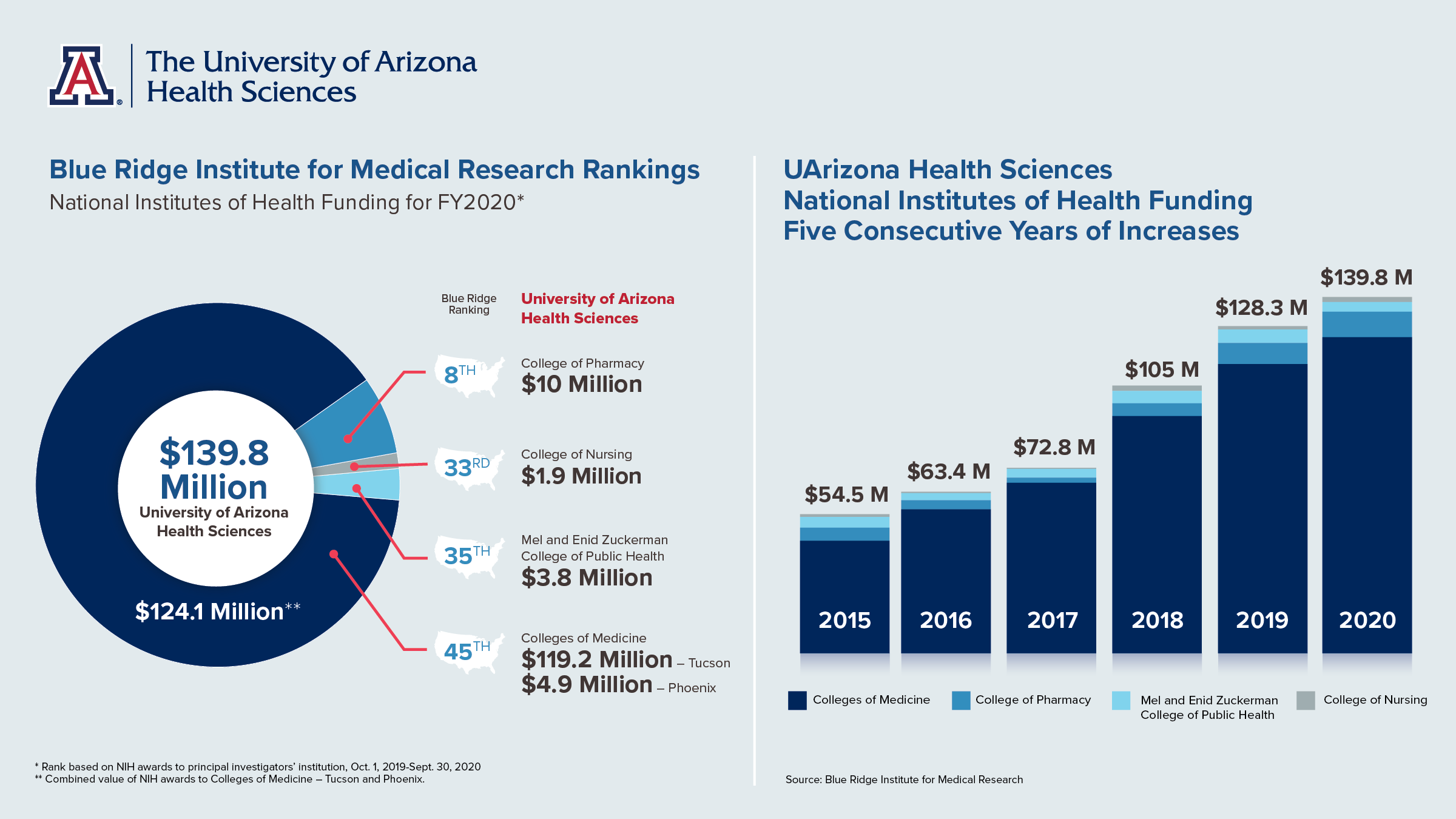 “Over the past five years, the University of Arizona Health Sciences has consistently increased the amount of funding received from the NIH, reflecting significant growth in research that has the potential to solve some of the most pervasive health care problems of the 21st century,” said Michael D. Dake, MD, senior vice president for UArizona Health Sciences.

The Blue Ridge Institute for Medical Research is a nonprofit organization that ranks U.S. medical schools by NIH grant awards each year. The NIH is the largest public funder of biomedical research in the world. NIH-funded research has led to breakthroughs and new treatments helping people live longer, healthier lives, and building the research foundation that drives discovery.

The Blue Ridge Rankings track yearly NIH funding awards from Oct. 1 to Sept. 30. The rankings are determined by the whole value of awards to a principal investigator’s institution and do not include research and development contracts.