The National Academy of Inventors (NAI) has named 38 academic inventors to the August 2020 class of NAI Senior Members, including Minying Cai, PhD, College of Medicine – Tucson and College of Science research professor in chemistry and biochemistry, and member of the UArizona Cancer Center. 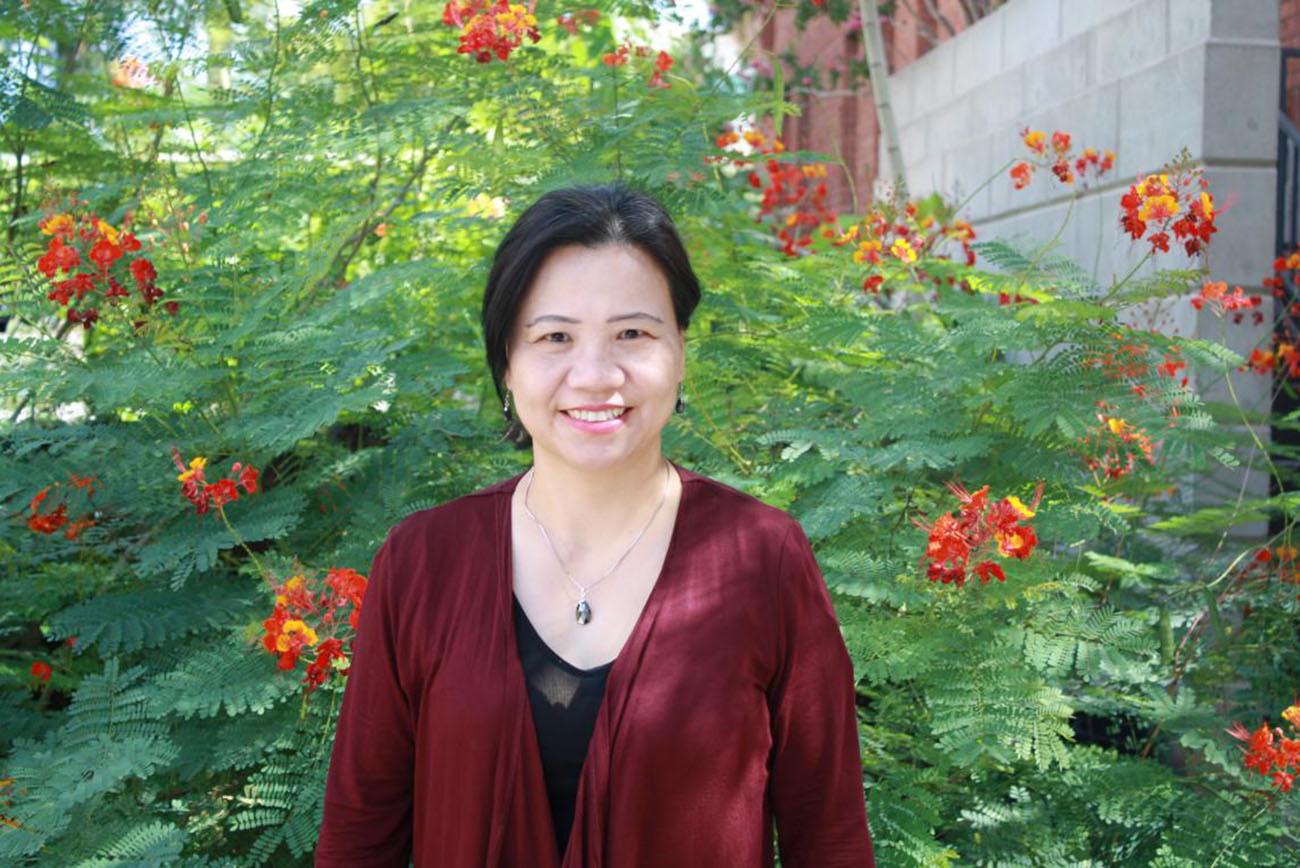 “It is my greatest honor to receive this award,” Dr. Cai said. “I wish to take this opportunity to thank all the collaborators, including students from around the world, who I have been working with in the previous 21 years. This will inspire me to continue developing new technologies and drugs to combat the many challenges in health.”

Dr. Cai’s research focuses on identifying and developing molecular modulators of melanocortin receptors for the therapeutic treatment of numerous medical disorders associated with the skin, including melanoma. Melanoma is the deadliest form of skin cancer in the United States. Although recent medical advances have prolonged the median overall survival for malignant melanoma patients, tumor cells eventually become resistant to these treatments. Dr. Cai has developed new compounds and approaches to overcome tumor resistance to chemotherapy.

Nomination for NAI Senior Member by an individual’s supporting institution is a distinct honor and a significant way for the organization to publicly recognize its innovators on a national level.

“NAI Member Institutions support some of the most elite innovators on the horizon. With the NAI Senior Member award distinction, we are recognizing innovators who are rising stars in their fields and the innovative ecosystems that support their work,” said Paul R. Sanberg, NAI president. “This new class is joining a prolific group of academic visionaries already defining tomorrow.”

Dr. Cai has been in the UArizona Chemistry & Biochemistry department for more than 20 years and has more than 100 publications and numerous patents in the area of novel drug discovery for obesity, diabetes, cancer, pain and neuro-disorder diseases. She has been an inventor on 21 invention disclosures and 35 filed patents. The seven issued U.S. patents bearing her name have all been exclusively licensed. Her inventions have gone on to be the foundations of three startups.

The University of Arizona now has nine Senior Members and nine Fellows at the National Academy of Inventors. NAI Senior Members are active faculty, scientists and administrators from NAI Member Institutions who have demonstrated remarkable innovation producing technologies that have brought, or aspire to bring, real impact on the welfare of society. They also have growing success in patents, licensing and commercialization.

“Working with inventors like these to protect their discoveries and work to get them out into the public is one of the best parts of our job,” said Doug Hockstad, assistant vice president of Tech Launch Arizona, the university’s commercialization arm. “UArizona is fortunate to have inventors creating innovations that will change the world and then working with TLA to move them into the public sphere.”