Richard H. Carmona MD, MPH, FACS, is being honored with the 2021 Public Service Award by the University of Arizona Alumni Association in recognition of a career of public service and support of COVID-19 response in Arizona. Serving as the 17th Surgeon General of the United States and a Distinguished Professor at the Mel and Enid Zuckerman College of Public Health, Dr. Carmona also holds faculty appointments as a professor of surgery and pharmacy practice and science within the University of Arizona Health Sciences. 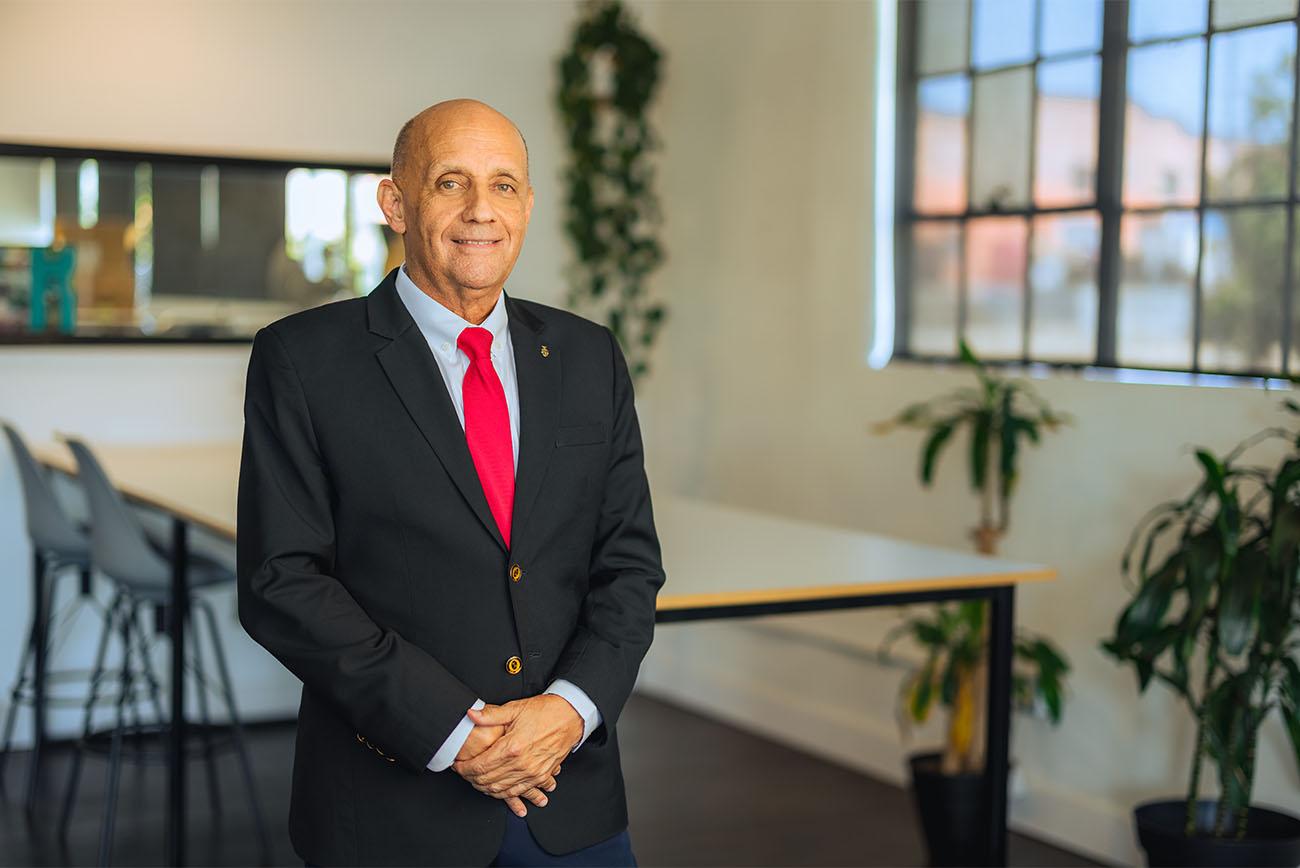 “Dr. Carmona has had a remarkably varied career with a list of jobs that includes ocean lifeguard, a Special Forces combat medic in Vietnam, paramedic, registered nurse, deputy sheriff, SWAT team member and leader, as well as a trauma surgeon and CEO of the county hospital and health care system,” said Iman Hakim, MD, PhD, MPH, dean and professor of the Zuckerman College of Public Health. “Guided by his dedication to helping others, he has continually applied the best science and expertise to solve public health challenges. Above all, his passion for health equity has informed his decisions, and as a result, he has made a real impact on so many lives here in Arizona, the United States and around the world.”

Dean Hakim acknowledged Dr. Carmona’s role as head of the UArizona COVID-19 Response Task Force and as the organizer and first incident commander to oversee public health emergency preparedness for UArizona beginning in winter 2020 amid the COVID-19 pandemic. His face became familiar as part of UArizona President Robert C. Robbins, MD’s weekly updates on campus pandemic response. In that role, he devoted his experience and expertise to guide President Robbins and UArizona leadership to reopen the university and later administer vaccines as safely as possible. This past August, Gov. Doug Ducey appointed Dr. Carmona as a COVID-19 policy senior advisor for the state to boost vaccine and public health awareness.

“I am humbled to be recognized by our peers,” Dr. Carmona said. “However, the real recognition goes to the phenomenal UArizona COVID Incident Command team that I have had the privilege to work with over the past year and a half. They are selfless Wildcat leaders!”

In her nomination of Dr. Carmona, Donna Knight, the college’s director of development, noted his commitment to public service spans more than 54 years.

“He is a strong supporter of community service, serving on community, public and private national boards and providing leadership to many diverse organizations. His dedication to our students and faculty is remarkable. He supports student scholarships and most recently established the U.S. Surgeon General Richard H. Carmona Distinguished Public Health Preparedness Scholarship at the College of Public Health. We salute and thank Dr. Carmona for all he has given to Arizona and the field of public health.”

Born in New York City of Hispanic descent and raised in Harlem, he dropped out of high school and joined the U.S. Army Special Forces. After returning from combat, he earned an associate’s degree in science from the City University of New York’s Bronx Community College, a bachelor’s and medical degree from the University of California, San Francisco – where he graduated No. 1 in his class – and a master’s in public health from UArizona.

Dr. Carmona trained in general and vascular surgery, before completing a National Institutes of Health-sponsored fellowship in trauma, burns and critical care. He was then recruited jointly by the Tucson Medical Center and UArizona to start and direct Arizona’s first regional trauma care system. He went on to become chairman of the State of Arizona Southern Regional Emergency Medical System, a professor of surgery, public health and family and community medicine at UArizona, and Pima County Sheriff’s Department surgeon and deputy sheriff. He is also a Fellow of the American College of Surgeons.

Dr. Carmona’s interest in public health stemmed from the realization that most of his patients’ illnesses and injuries were completely preventable. In 2002, he was nominated by President George W. Bush and unanimously confirmed by the U.S. Senate to become the 17th U.S. Surgeon General. As Surgeon General, Dr. Carmona focused on prevention, preparedness, health disparities, health literacy and global health. He also issued many landmark Surgeon General Communications during his tenure, including the definitive Surgeon General’s Report about the dangers of second-hand smoke. He returned to Arizona in 2006 at the end of his term, rejoined the UArizona faculty and became vice chairman and chief of health innovation at Canyon Ranch.

The Public Service Award recognizes individuals who are present or past holders of public office and have demonstrated outstanding dedication to the public. It will be presented at the Zuckerman College of Public Health’s homecoming celebration Nov. 4 to honor public health alumni and community leaders.