Dr. Kravetz’s greatest passion is teaching medical students and residents. In 2013, he officially joined the faculty of the College of Medicine – Phoenix, where he teaches medical humanism, equipping future physicians to be just as empathetic toward their patients as they are skilled in their specialty. 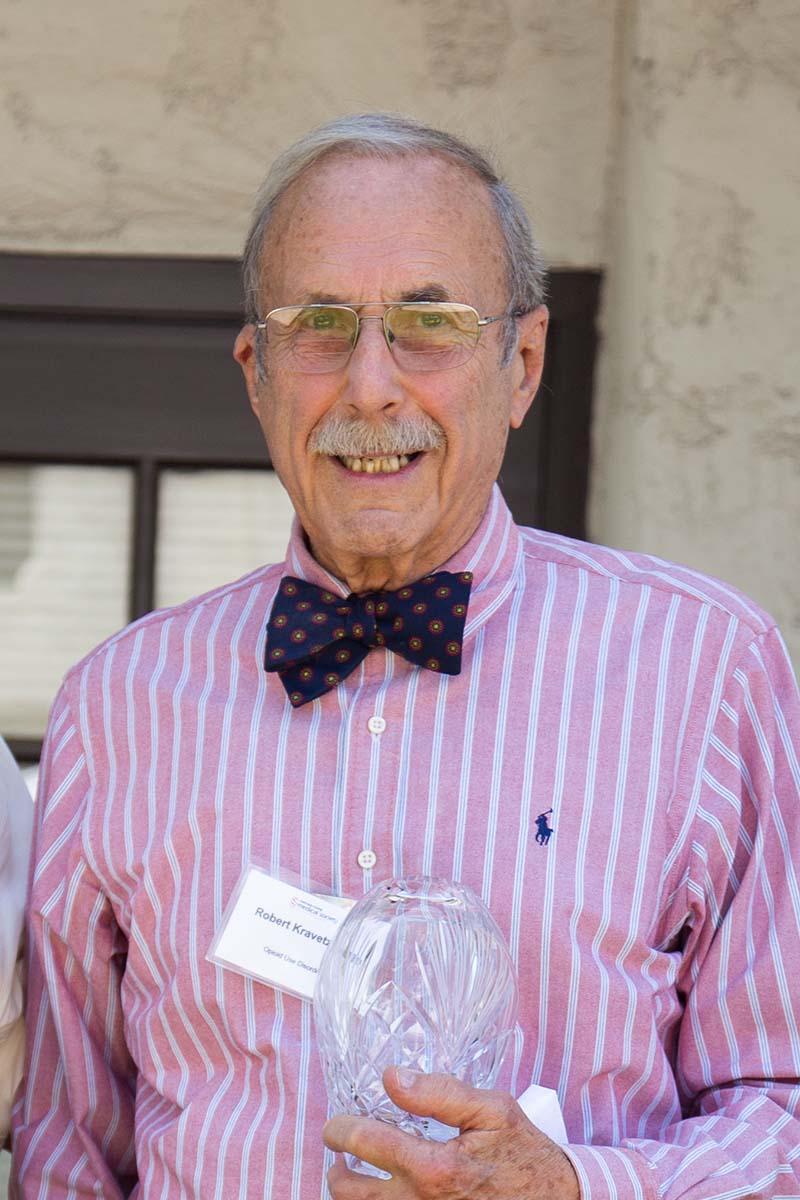 “He has inspired countless physicians through medical education and role modeling of the best of what it is to be a servant-leader,” Dr. Kravetz’s nominator wrote. “He has personally and professionally contributed richly to the history of medicine in Arizona through selfless acts of altruism, education and community service for over half a century. His legacy will enrich future physicians’ understanding of our heritage as physicians in Arizona for generations to come.”

To share his love of medical history with the entire campus community, Dr. Kravetz curates a collection of medical antiques housed at the College of Medicine – Phoenix. Items from this collection include a Revolutionary War-era drug chest and a leech jar from the late 1800s. He teaches the popular elective “History of Medicine,” in which fourth-year medical students receive an antique related to their specialty, using it as a focal point of that semester’s research project.

“If you don’t know about the past, you don’t know where you are going in the future,” he said in a 2019 interview. “We have to pay homage to those who have preceded us and give them credit. We also can learn from the medical mistakes of the past, as there have been some drastic things done that have not been beneficial to patients.”

Dr. Kravetz received his medical degree from New York University School of Medicine in 1958 and completed a fellowship in gastroenterology at Yale New Haven Medical Center in 1965. He was in private practice in Phoenix from 1965 until 1999, when he retired to pursue his interest in 19th century American medical history. Recognized and honored in this area, he has published three books and numerous articles on the subject, been curator of several museum exhibits, both local and national, and appeared on both television and radio.