Roberta Diaz Brinton, PhD, has been inducted as a Regents Professor, a title awarded to full professors who have garnered the most distinguished accomplishments in teaching, scholarship, research or creative work. Dr. Brinton is a professor of pharmacology and toxicology at the College of Pharmacy, and the founding director of the Center for Innovation in Brain Science (CIBS) at the University of Arizona Health Sciences. The center’s mission is to develop treatments and cures for age-associated neurodegenerative diseases. 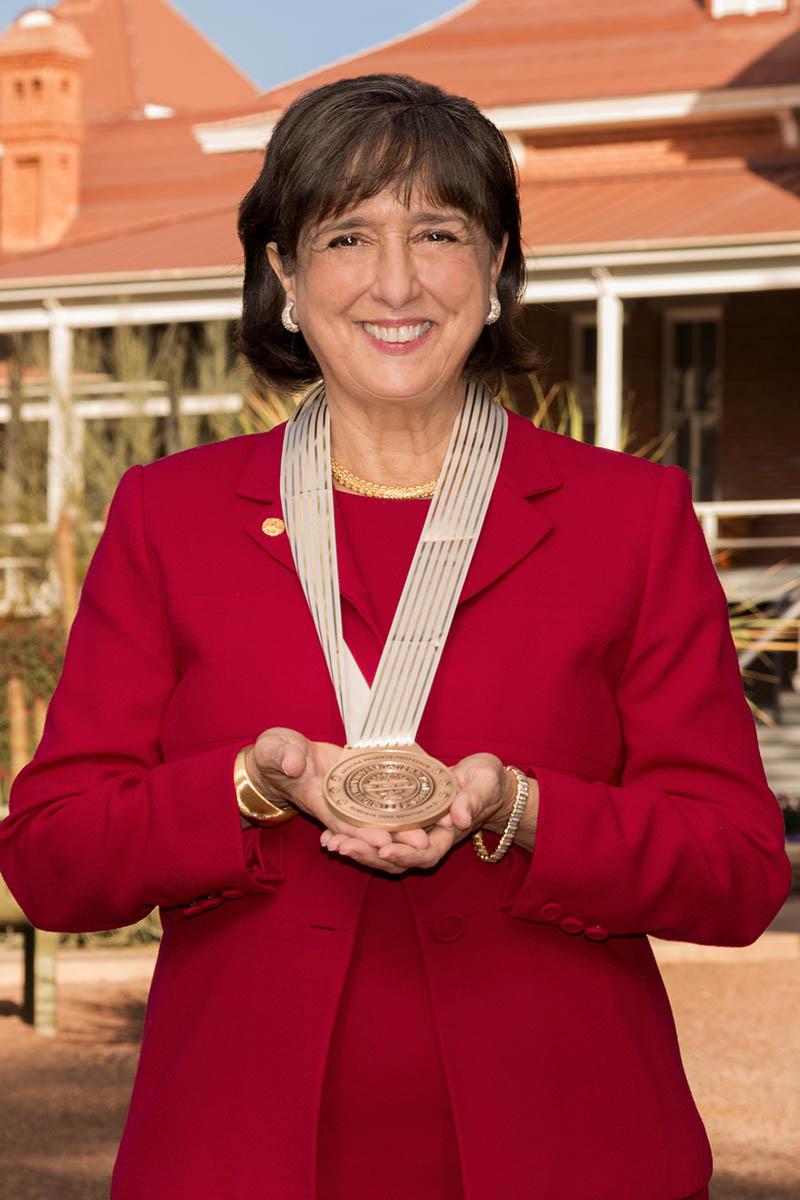 “I am profoundly honored to become a Regents Professor,” Dr. Brinton said. “The University of Arizona promotes bold creativity, pioneering innovation and reasoned implementation to address the challenges of the 21st century. The Center’s rapid advances would not be possible without the visionary UArizona leadership.”

Since receiving her undergraduate and graduate education at UArizona, Dr. Brinton has built a reputation as a leading innovator in Alzheimer’s research and a dedicated mentor to faculty, postdoctoral fellows and students. Her work has resulted in important scientific advances, including the first regenerative therapeutic for Alzheimer’s disease. There still is not a single neurodegenerative disease with a cure, making discoveries like Dr. Brinton’s vital in overcoming this difficult health challenge.

In 2016, after establishing a remarkable body of work across the United States and abroad, Dr. Brinton returned to the University of Arizona to establish CIBS on the Health Sciences campus. CIBS is designed as an integrated collaborative research environment bringing together expertise spanning basic, translational and clinical science.

“I can trace my intellectual and innovative foundation to my experiences as a University of Arizona undergraduate and graduate student,” Dr. Brinton said. “When I returned to my alma mater five years ago, I was and remain awed by the support and encouragement I receive to pursue the Center for Innovation in Brain Science’s mission and contribute to this university’s reputation as a world-class institution.”

Dr. Brinton was named one of the “Ten Best Minds” in 2005 by U.S. News & World Report, and is the first female recipient of the Melvin R. Goodes Prize for Excellence in Alzheimer’s Drug Discovery. In 2010, she was awarded the Presidential Citizens Medal, the country’s highest civilian honor, in recognition of her work with STEM education and underserved students.

Regents Professorships are reserved for full professors whose exceptional achievements merit national and international distinction. Regents Professor appointments are limited to no more than 3% of the total number of the university’s tenured and tenure track faculty members.

“I am delighted to join the Arizona Board of Regents in recognizing Dr. Brinton’s work and influence in Alzheimer’s disease and aging brain research, as well as her longstanding commitment to Health Sciences’ education mission in the neurosciences,” said Michael D. Dake, MD, senior vice president for Health Sciences. “We look forward to the many discoveries she will contribute to her field in the years to come, and I wish her continued scientific achievements and success.”