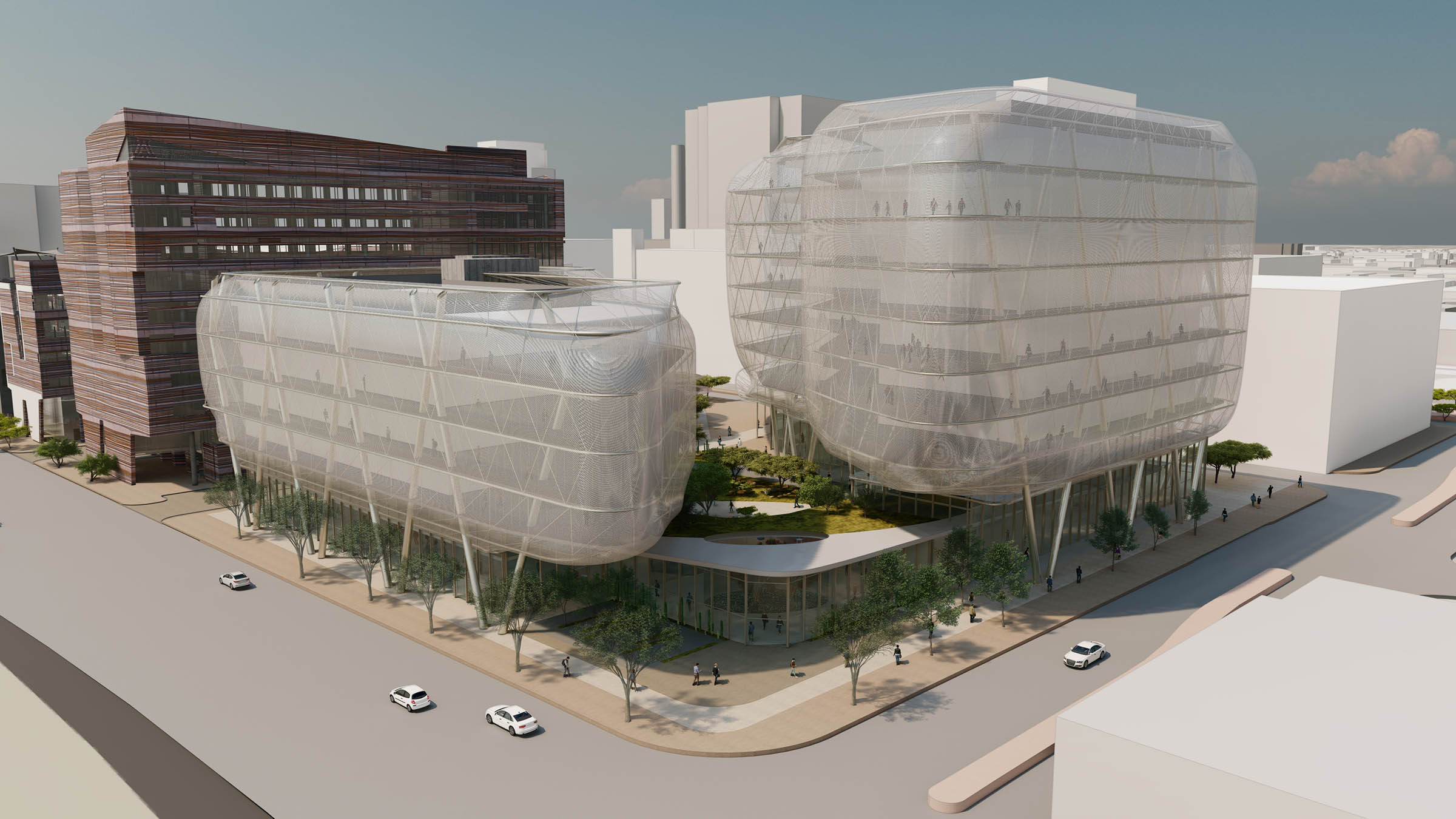 CAMI will support research to catalyze the next generation of precision health care treatments and serve as a hub to advance knowledge of the immunology of cancers, autoimmune conditions and infectious diseases.

The University of Arizona Health Sciences Center for Advanced Molecular and Immunological Therapies, or CAMI, received a strong vote of support from Arizona Gov. Doug Ducey, who designated $150 million in new funding for the Phoenix-based center. At the same time, CAMI received its first private philanthropic support as part of a new $10 million gift from the Steele Foundation.

Of the gift, $2 million is designated for CAMI, to be located at the Phoenix Bioscience Core in downtown Phoenix. CAMI will support research to catalyze the next generation of precision health care treatments and serve as a hub to advance knowledge of the immunology of cancers, autoimmune conditions and infectious diseases.

"We are immensely thankful to Gov. Ducey and the Steele Foundation for their support of CAMI," said University of Arizona President Robert C. Robbins, MD. "Immunotherapy is the future of medicine. With the generous financial support of the state, CAMI will allow the University of Arizona to remain on the forefront of medical research and meet the grand challenges of cancer, infectious diseases and autoimmune conditions by advancing our knowledge of the immunology of these serious health issues. The Steele Foundation has supported pediatrics research at the university for more than three decades, and this new significant gift allows for transformative progress in how we care for our kids, whose steps forward will mean everything to our future society and world."

CAMI will serve as the anchor for an innovation district that aims to establish the Phoenix Bioscience Core as a center of cellular and gene-based therapy research, startup activity and corporate engagement. The center’s Phoenix location is expected to facilitate strong connections with partners such as Arizona State University, Northern Arizona University, the Mayo Clinic and the Translational Genomics Research Institute, among others.

"It is not often that an opportunity to benefit Arizonans in such diverse ways presents itself, as it has with CAMI," said Gov. Doug Ducey. "As it grows, CAMI is poised to bring new jobs and businesses to Arizona, bolstering the economy not only in Maricopa County, but also across the state. More importantly, the research CAMI will advance and bring to fruition offers Arizona residents the hope of new treatments that will positively impact their health and well-being. My thanks to President Robbins and the University of Arizona for their dedication to building a healthier Arizona."

"The foundation is honored to be the first private philanthropic investment in CAMI," said Marianne Cracchiolo Mago, president and CEO of the Steele Foundation. "We were inspired by the mission and how it will complement the incredible work at the Phoenix Bioscience Core. It's compelling to have pediatric and adult researchers collaborating under one roof and feels like a huge opportunity for CAMI to become a national model in research and discovery."

In addition to the scientific and medical advances CAMI is expected to facilitate, the center also will positively impact job growth and enhance incomes and tax revenues in Maricopa County and across the state. Economic impact estimates show a return on investment of 2.5-to-1 within 10 years, with CAMI attracting more than 150 companies to greater Phoenix and creating at least 7,500 new bioscience-related jobs and 13,000 supporting jobs.

"There is not a field with more explosive growth than immunotherapy. We are seeing rapid growth in research investments and increased formation of academic and industry partnerships around the world," said Michael D. Dake, MD, senior vice president for the University of Arizona Health Sciences. "CAMI will open new doors of discovery and advance precision medicine to improve health and human potential for people across Arizona and around the world. We are incredibly grateful to Gov. Ducey and the Steele Foundation for supporting that vision by investing in what will be a transformational center for Phoenix and the state of Arizona and its residents."

The CAMI Advisory Council is comprised of more than 20 leaders in academic research, biomedical and health care industries, government organizations and corporations across the state.