From Big Data to Precision Cures

UArizona Health Sciences Center for Innovation in Brain Science leverages big data in an effort to close the gap on cognitive health span, thanks to a $1.6 million grant from the National Institute on Aging.
January 8, 2020

From Big Data to Precision Cures 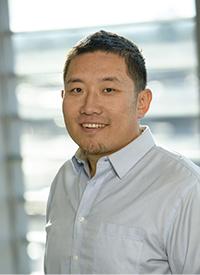 TUCSON, Ariz. – A new research project at the University of Arizona Center for Innovation in Brain Science will apply a big-data approach, using bioinformatics and computational modeling, to better understand the systems biology of Alzheimer’s and other neurodegenerative diseases

This research will seek to identify patient-specific therapeutic targets and evaluate the effectiveness and safety of drug combinations to treat Alzheimer’s disease.

Principal investigator Rui Chang, PhD, center member and an associate professor in the Department of Neurology in the College of Medicine – Tucson, has been awarded a $1.6 million grant from the National Institute on Aging (NIA) of the National Institutes of Health that will allow his team to leverage big data to attempt to close the gap on cognitive decline and healthy aging

The two-year project will screen for small molecules and repurpose FDA-approved investigational and experimental drugs, or drug combinations, for Alzheimer’s disease, employing big data to capture the complexity of neurodegenerative diseases, which are driven by an array of factors, including genetics, aging, gender, environment and disease stage.

“We’re able to go from patients to the single-cell level and use predictive models to integrate data that – thanks to this grant – now allows us to identify and validate key therapeutics in a cell-type specific way across the spectrum of age-associated neurodegenerative diseases,” Dr. Chang said

The most common form of dementia, Alzheimer’s affects 44 million people worldwide, a number expected to increase to 75 million by 2030. Today, no cure exists for a single neurodegenerative disease

“Dr. Chang’s work is critical to our quest to cure Alzheimer’s disease,” said Roberta Diaz Brinton, PhD, director of the UArizona Health Sciences Center for Innovation in Brain Science. “His research is leading to a much deeper understanding of the complex biological networks involved in Alzheimer’s disease, which ultimately will form the foundation of precision medicine to prevent and treat Alzheimer’s.

Through this grant, Dr. Chang will consider a variety of genetic and environmental factors associated with health and disease, with further potential of this research to identify potential therapeutic targets required to diminish or prevent Alzheimer’s

“Using big data to create precision-medicine approaches to solve the world’s most pressing health problems is one of our university’s strategic initiatives. This grant is strong demonstration of the university’s leadership in paving the way for transformative discovery – and how we are innovating new approaches to intractable diseases like Alzheimer’s,” said UArizona President Robert C. Robbins, MD

About the UArizona Center for Innovation in Brain Science (CIBS)
The Center for Innovation in Brain Science (CIBS) at the University of Arizona is addressing the challenge that, in the 21st century, there is not a single therapeutic for a single neurodegenerative disease. The CIBS mission is to create innovations in brain science of the future for those who need a cure today. The Center is focused on four age-associated neurodegenerative diseases: Alzheimer’s, Parkinson’s, Multiple Sclerosis and Amyotrophic Lateral Sclerosis (ALS). With expertise spanning discovery, translational, regulatory and clinical science, CIBS is shifting the research paradigm as one of the nation’s leading research centers, pioneering patient-inspired, data-driven approaches to create cures for Alzheimer’s and other neurogenerative diseases.