Roberta Diaz Brinton, PhD, director, University of Arizona Center for Innovation in Brain Science, was among five new Regents Professors announced by the Arizona Board of Regents.
June 12, 2020

The title of Regents Professor is reserved for full professors whose exceptional achievements merit national and international distinction. Regents Professor appointments are limited to no more than 3% of the total number of the university’s tenured and tenure-track faculty members.

Roberta Díaz Brinton, PhD
Director of the Center for Innovation in Brain Science
Member of the BIO5 Institute
Dr. Brinton is an internationally recognized neuroscientist whose research on Alzheimer’s disease has led to critical insights into the causes of the disease, as well as innovative therapies to treat it. She has led the Center for Innovation in Brain Science at the University of Arizona since 2016. 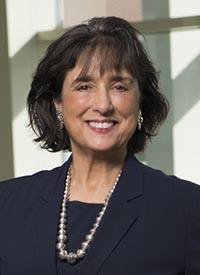 “The caliber, innovation and impact of Dr. Brinton’s research and community outreach have been recognized repeatedly throughout her career,” according to board materials. She received the national Presidential Citizens Medal for her decades of STEM education in inner-city schools in Los Angeles. She was presented with the Prize for Excellence in Alzheimer’s Drug Discovery in 2017 from the Alzheimer’s Drug Discovery Foundation and received the Scientist of the Year award from that same foundation in 2015.

Dr. Brinton, who was elected to the National Academy of Inventors in 2017, serves on multiple national institutes and panels and in 2019 was appointed to the Advisory Committee to the director of the National Institutes of Health.

Her research has been funded with grants from state and federal agencies, including the National Institutes of Health, and funding from industry and private foundations. Research awards at the Center for Innovation in Brain Science under Dr. Brinton’s directorship have totaled more than $71 million since the center’s inception in 2016. In 2019, She received a $37.5 million NIH grant to determine the effectiveness of allopregnanolone as a treatment for individuals with early-stage Alzheimer’s who carry the genetic risk factor for the disease.

Judith K. Brown, PhD
Professor in the School of Plant Sciences
Member of the BIO5 Institute
Dr. Brown works in the complex framework at the intersection of biology and society, focusing on viruses and bacteria transmitted by insect vectors to agriculturally important plants – especially the geminiviruses and the whiteflies that transmit them. She was the first to use a “gene gun” to inoculate genomes of these viruses, the first to estimate the size of the whitefly genome, and among the first to sequence the genome of the sweet potato whitefly.

She also was the first to study whitefly-transmitted plant diseases in Arizona and has become the world’s primary expert on emerging plant viruses that infect cotton, recently discovering in the southeastern U.S. cotton-growing region two viruses that are endemic to Africa and Asia. As a response, she is using gene silencing to develop cotton plants endowed with geminivirus/whitefly resistance.

In collaboration with the U.S. Department of Agriculture’s Agricultural Research Service in Miami and Mars Inc., Dr. Brown’s research group in 2018 started developing molecular tools that growers could use to spot infected cacao trees in Africa before they show symptoms.

Every year, the Plant Virus Diagnostic Laboratory she established in 1990 receives and identifies approximately 10,000 samples of pathogens from all over the world. The Arizona and California departments of agriculture rely on her group to support quarantine efforts to limit the spread of diseases. As coordinator for the National Plant Diagnostic Network, she works with state and national agencies to protect the agriculture sector.

Peter Chesson, PhD
Professor in the Department of Ecology and Evolutionary Biology
Dr. Chesson’s pioneering studies on the impact of environmental variability introduced a paradigm change into ecological thinking, according to board materials. He has established a classification of coexistence mechanisms that has had profound effect on environmental issues and the management of natural populations. Peers and other researchers from around the world consider him one of the most influential theorists and original thinkers of his era. 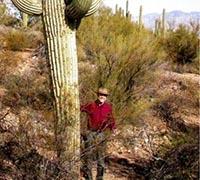 Dr. Chesson tests his ideas in the field, collaborating with experimentalists. His work has stimulated many first-rate experimentalists to explore his theory and, as a result, it has had very broad effect on the field. His seminal and highly influential 2000 review article in the Annual Review of Ecology and Systematics has received more than 4,000 citations. His Trends in Ecology and Evolution paper from 2002 has been cited more than 2,000 times. As a result of his close connection with experiments and fieldwork, he has maintained a laboratory, the Chesson Lab, which has been home to a generation of young and diverse colleagues, from graduate students to postdoctoral fellows.

Dr. Chesson has served the Tucson community as a member of the Pima County Parks and Recreation Advisory Commission and as president of the Tucson Mountains Association, where his expertise in ecology has played an important role in regional land-use decisions.

Jeff Greenberg, PhD
Professor in the Department of Psychology
Dr. Greenberg developed a unique conceptual framework called “terror management theory” in order to address the psychological conflict between the self-preservation instinct and the realization that death is inevitable and unpredictable. The conflict results in terror, which then can be managed by embracing cultural beliefs or systems that counter the biological reality with forms of meaning and value. 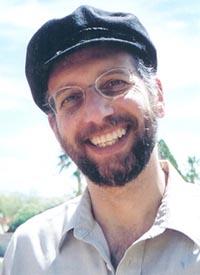 “TMT provides today’s most comprehensive account of human motivation. TMT not only drives contemporary theory and research in social psychology, but also influences research in an array of scientific, scholarly and translational disciplines,” according to board materials.

Dr. Greenberg has a history of significant professional accomplishments in research and scholarship, with more than 300 scientific publications, including three books, an additional three edited volumes and a successful textbook. The former president of the International Society for Self and Identity, he has worked as an editor for Social Psychology and has served on various committees for the Society for Personality and Social Psychology.

Connie W. Woodhouse, PhD
Professor in the School of Geography and Development
Dr. Woodhouse is the world’s foremost authority on the use of tree-ring science, or dendrochronology, to understand the variable flow of river systems on time scales from years to millennia. “Her research has fundamentally changed the public’s understanding of natural climate variability in determining the availability of freshwater resources in semi-arid regions,” according to board materials. 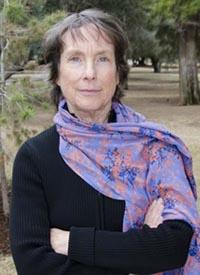 Dr. Woodhouse pioneered connecting results from dendrochronology to the information needed by public officials, policymakers and stakeholders to improve both planning and prediction in the face of expected changes to future demand for water. She was one of the first scientists to describe and classify the widespread existence of past “megadroughts” – periods of continuous and severe aridity more intense and prolonged than anything in the instrumental climate record.

Dr. Woodhouse pioneered new methods and perspectives for reconstructing and understanding variability in hydroclimatology. In 2016, she received the José A. Boninsegna Frontiers in Dendrochronology Award from the Tree-Ring Society.

“Dr. Woodhouse’s research has changed the way the world understands and plans for drought, changes in river flow and future challenges to freshwater resources. Working at the boundary of science and public policy decision-making, she has created new ways for scientific discovery to lead to innovation in practice,” according to board materials.

A version of this article appeared originally on the UANews website.

About the University of Arizona
The University of Arizona, a land-grant university with two independently accredited medical schools, is one of the nation's top public universities, according to U.S. News & World Report. Established in 1885, the university is widely recognized as a student-centric university and has been designated as a Hispanic Serving Institution by the U.S. Department of Education. The university ranked in the top 20 in 2018 in research expenditures among all public universities, according to the National Science Foundation, and is a leading Research 1 institution with $687 million in annual research expenditures. The university advances the frontiers of interdisciplinary scholarship and entrepreneurial partnerships as a member of the Association of American Universities, the 65 leading public and private research universities in the U.S. It benefits the state with an estimated economic impact of $4.1 billion annually. For more information: arizona.edu (Follow us: Facebook | Twitter | YouTube | LinkedIn | Instagram).