Match Day Celebration to Disclose Where Future Doctors Will Train

About 120 students in the UArizona College of Medicine – Tucson’s Class of 2021 learn where they’ll launch medical careers as resident physicians in virtual ceremony Friday, March 19.
March 18, 2021 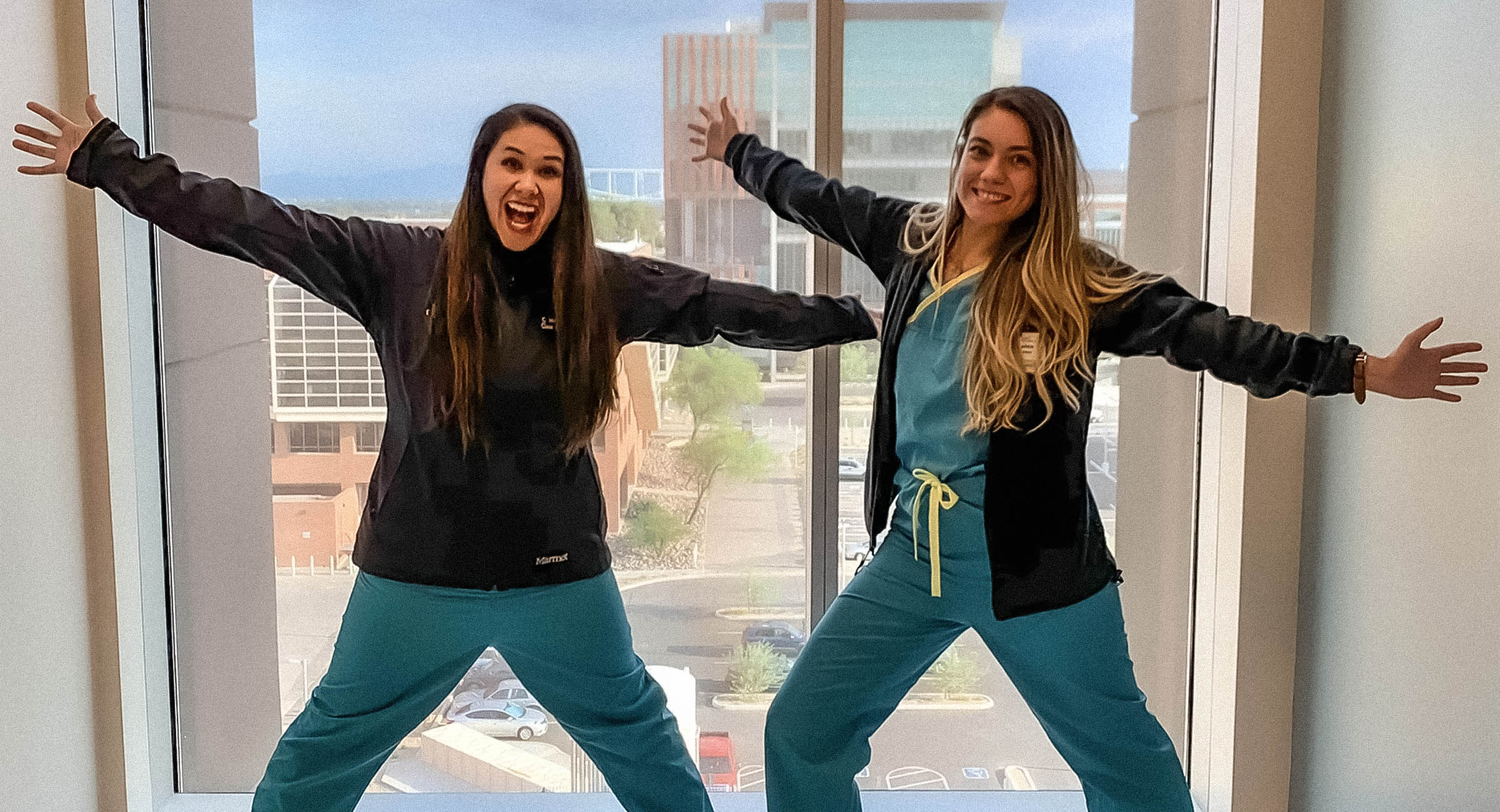 Match Day Celebration to Disclose Where Future Doctors Will Train

About 120 University of Arizona College of Medicine – Tucson Class of 2021 students will learn where they will continue their medical training on Match Day and will share the news at a virtual ceremony on Friday, March 19, from 9:30 to 11:30 a.m. 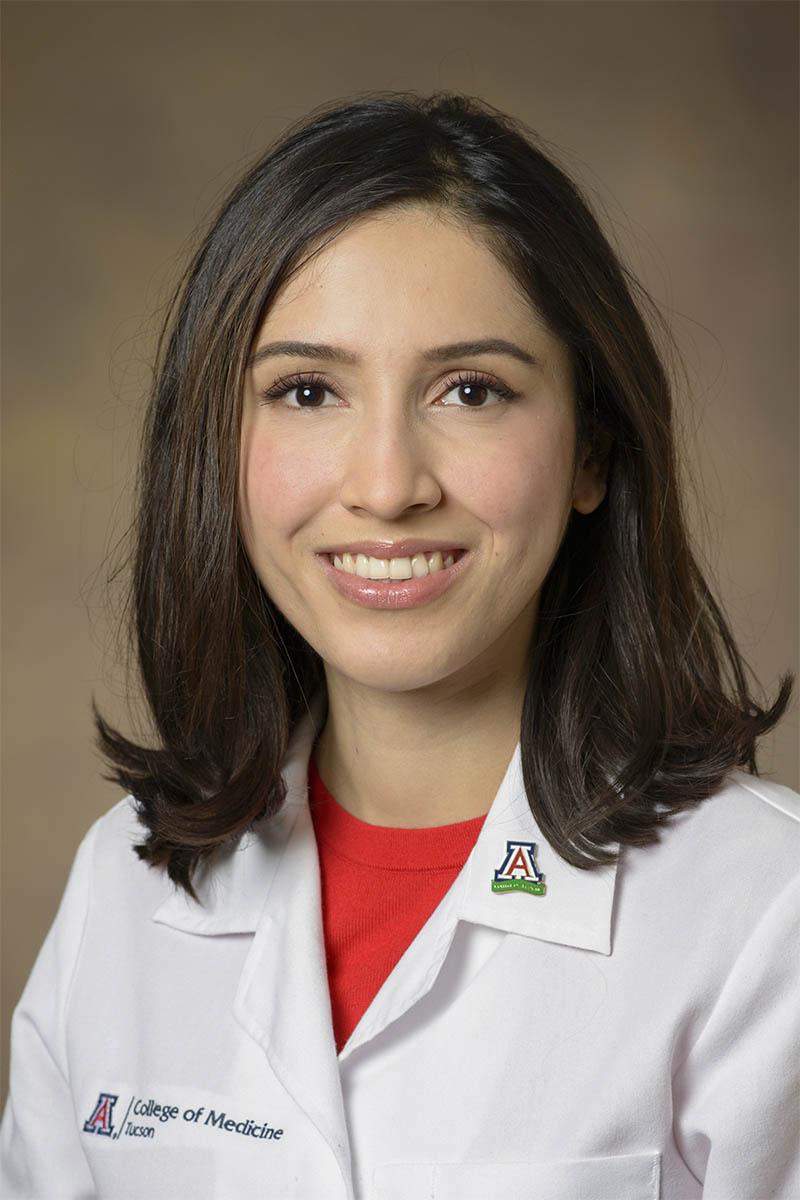 Every year, U.S. medical schools traditionally hold celebrations on the third Friday in March, when residency announcements are coordinated simultaneously across the country. A National Resident Matching Program computer algorithm generates the matches after students participate in an interview process for their preferred residency programs.

“The Class of 2021 has shown amazing resilience and dedication to their education and patient care during a year when both were significantly disrupted by COVID-19,” said Kevin Moynahan, MD, UArizona College of Medicine – Tucson vice dean of education.  “I believe this experience has enhanced their understanding of our health care system and has increased their preparedness for continued specialty training in residency as we continue to recover from the current pandemic and prepare an improved response for the next one.”

Students will open their envelopes privately and will have the chance to share where they will be going to practice as resident physicians live during the online ceremony. Medical students are obliged to go to the institution to which they’re matched, and residency training programs usually start in July. Following graduation, training can last from three to seven years.

Below are just a few of the outstanding medical students in the UArizona College of Medicine – Tucson Class of 2021: 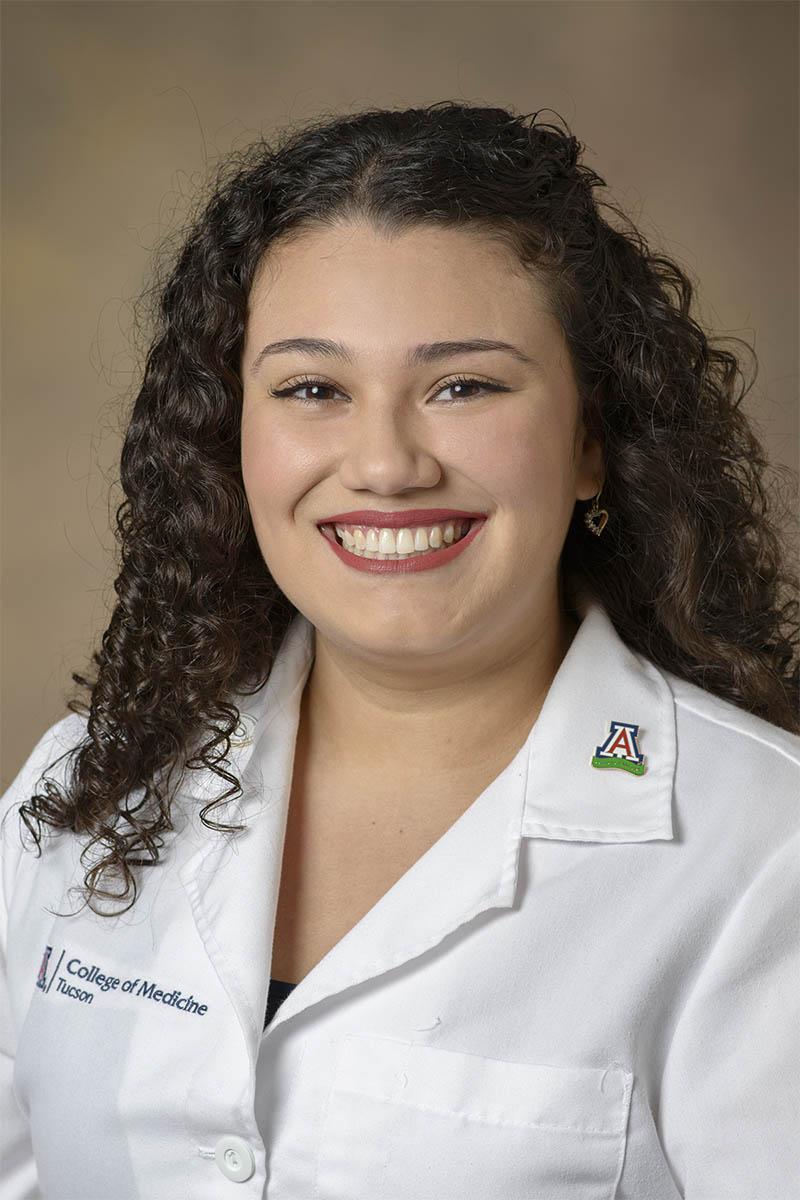 Sandra Vazquez Salas was born in Cuernavaca, Mexico, about an hour south of Mexico City, and immigrated to the U.S. with her mother and sister when she was 10. Her father, who stayed behind, suffered from hypertension and diabetes, and died from a stroke in his sleep when she was 14. His health issues are what prompted her to go into medicine, she said.

A fan of television shows about crime, Vazquez will do her residency in pathology. She earned her bachelor’s degree in biology with a forensics concentration at Arizona State University, after which she was accepted to the College of Medicine – Tucson. She did a rotation working with a Douglas, Ariz., pediatrician through the college’s Rural Health Professions Program. In addition, she did community work with the college’s Commitment to Underserved People Programs, volunteering for the MIND Clinic for behavioral and mental health patients and serving as patient coordinator at the Women’s Clinic. 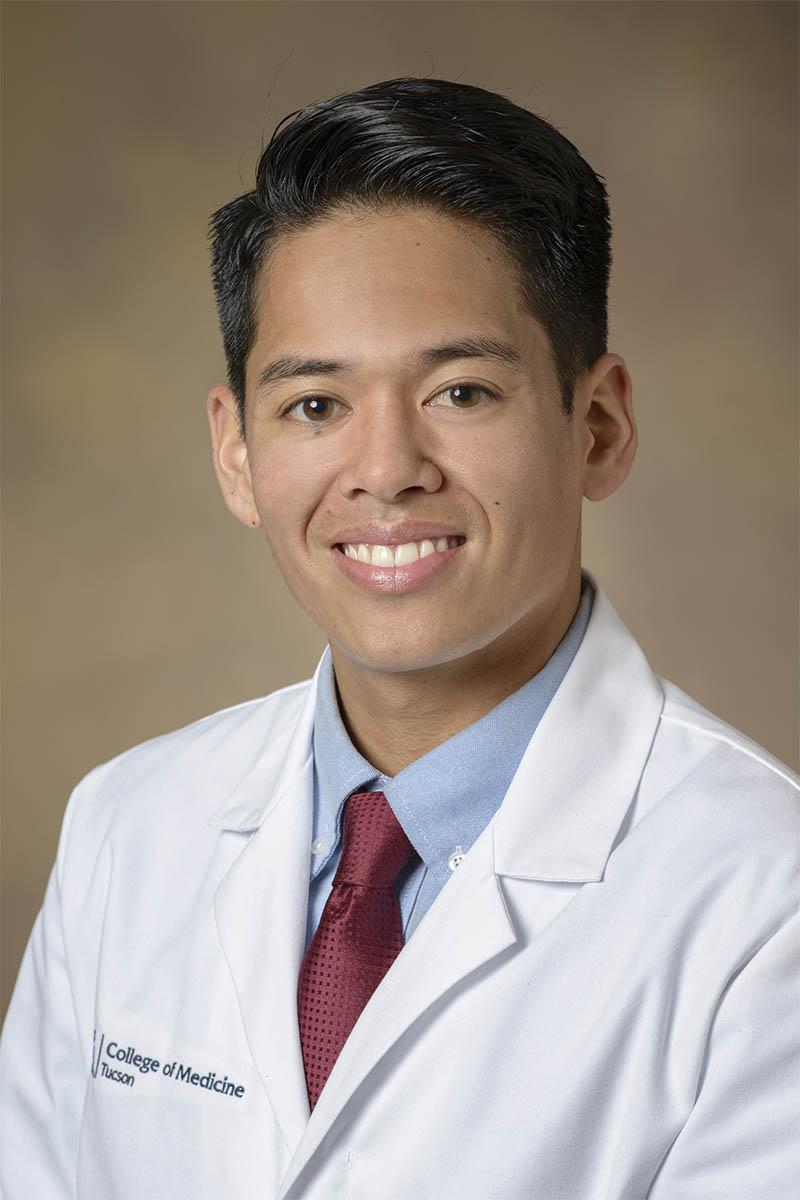 Andrew Alix, who is from Irvine, California, plans to be a psychiatrist come summer – “I’m just not sure where yet.” He also opted for a medical degree due to family health issues. He earned his bachelor’s degree in biochemistry from the University of California San Diego and was working in a San Diego diagnostics lab. Then, his father suffered a stroke and could no longer work, so Alix moved back home to help.

Alix is one of 20 students in the second cohort of the UArizona Health Sciences Primary Care Physician Scholarship Program, which commits him to return to Arizona to practice medicine in an underserved community following his residency. He chose the College of Medicine – Tucson in part because of the proximity of an uncle in Gilbert, Arizona. He originally thought he might go into internal medicine, but a rotation last fall at the Behavioral Health Pavilion at Banner – University Medical Center South hooked him on psychiatry. 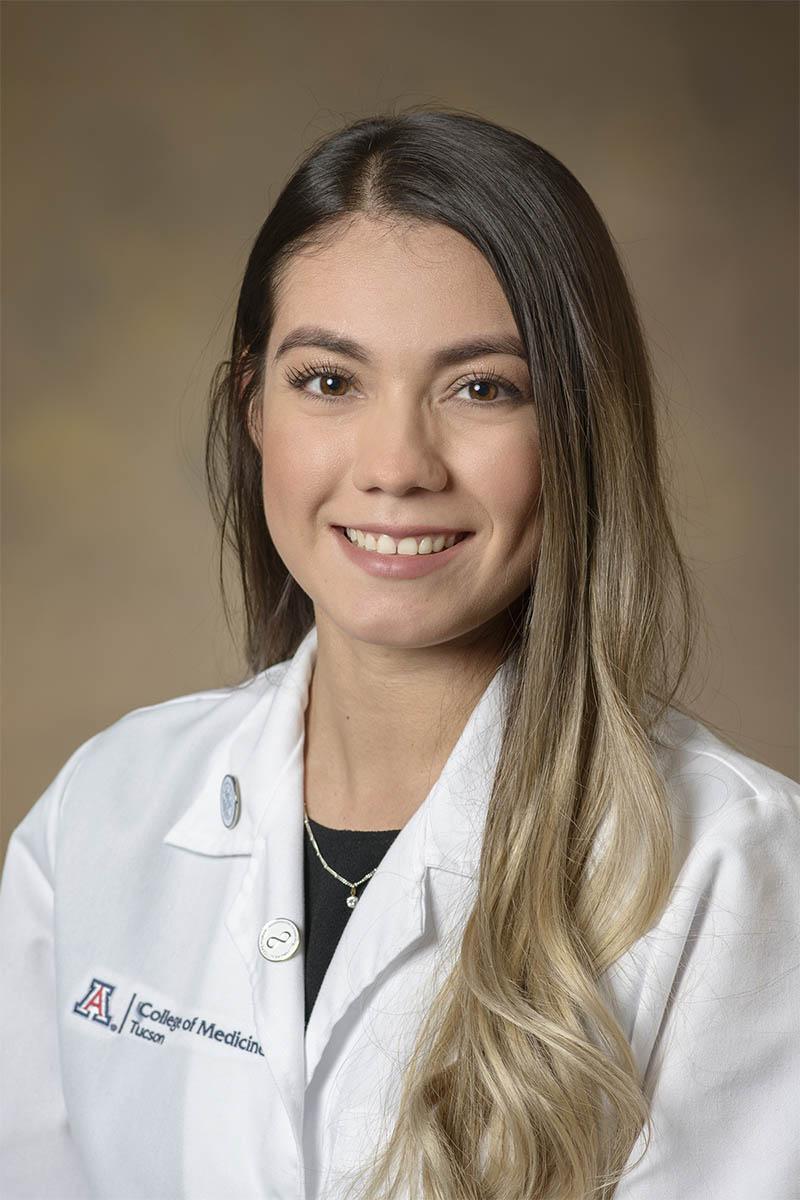 Karen Ibarra and Karen Beltran, who’ll match into neurology and internal medicine residencies, respectively, have a lot in common. Both are from San Luis, Arizona, a town of about 32,000 people between Yuma and San Luis Río Colorado, Sonora, Mexico. Both also found the UArizona Health Sciences’ Focusing Research on the Border Area (FRONTERA) Summer Internship as the key to opening the door to medical school. FRONTERA offers undergraduate and graduate students opportunities to prepare for graduate school, hands-on research experience and a better understanding of public health disparities in the U.S.-Mexico border region.

Ibarra did her undergrad studies in public health and will train as a neurologist in her residency. She sees advances in brain imaging for things like epilepsy and strokes, for example, “as an opportunity to bridge complex diseases and those things that we maybe don't have a cure for yet, but that we're working on it.”

As a pre-med student, Beltran studied biology. Her top residency picks for internal medicine are in Tucson, Phoenix and Los Angeles, where a brother lives. She is considering practicing as a hospitalist after residency or entering a fellowship in a sub-specialty of internal medicine.