A score that quantifies the changes that make breast cancer cells more aggressive could help identify patients at risk for bone metastasis.
June 30, 2021 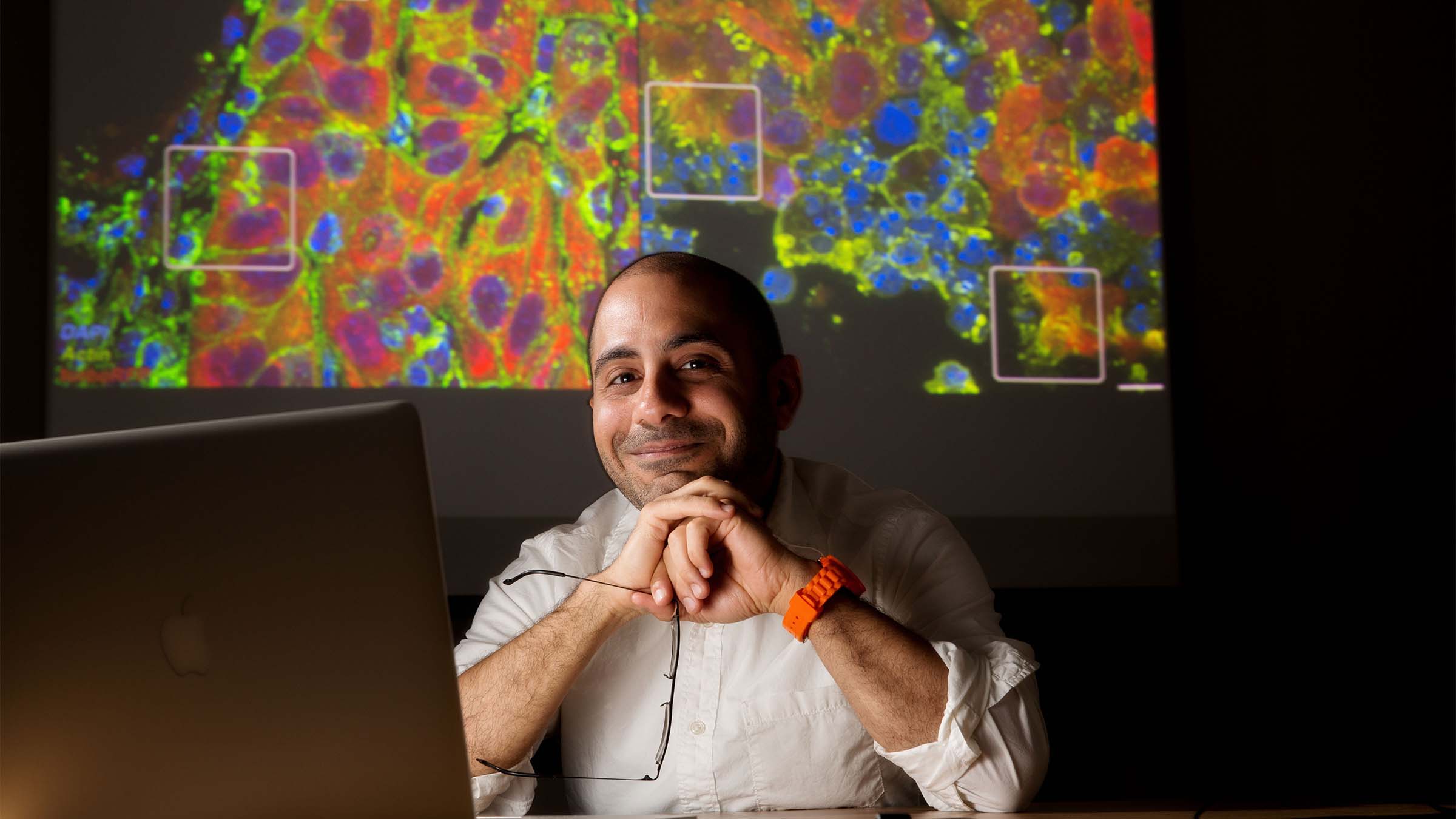 Ghassan Mouneimne, PhD, hopes the findings of a recently concluded study will lead to a way to predict which breast cancer patients are at high risk for bone metastasis.

In cases of breast cancer, bone metastasis – when cancer cells spread to new sites in the bone – causes the most breast cancer-related harm and is often incurable in advanced disease. A new study by University of Arizona Health Sciences researchers found that cancer cells become more aggressive when exposed to tissue stiffening and that these changes persist over time.

Tumor stiffening, which develops as diseased breast tissue becomes fibrotic, plays a major role in how breast cancer cells spread throughout the body. The paper, “Breast tumor stiffness instructs bone metastasis via maintenance of mechanical conditioning,” published today in the journal Cell Reports, found that the stiffness of the breast tumor microenvironment can cause changes to cancer cells that make them more aggressively spread to the bone. The resulting changes are maintained as “mechanical memory,” which instructs the cancer cells to send signals that lead to the breakdown of bone. Once this happens, patients often suffer debilitating complications like spontaneous fractures. 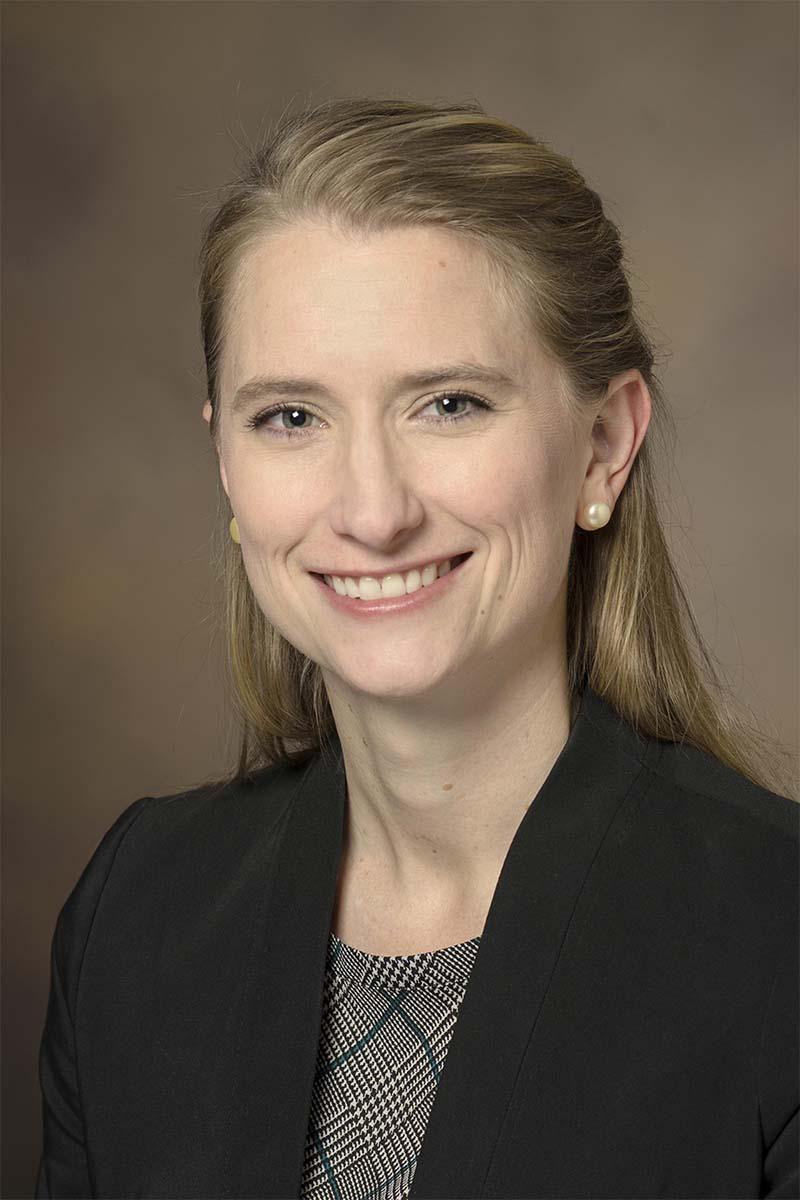 “Unfortunately, bone metastasis is normally not identified until an advanced state when it’s not reversible,” said senior author Ghassan Mouneimne, PhD, associate professor of cellular and molecular medicine and cancer biology in the UArizona College of Medicine – Tucson. “What’s really exciting is one day being able to take a sample from the patient’s primary tumor and predict who is at high risk for bone metastasis. Then we could intervene with a prevention strategy that we are now validating in the lab.”

The study, which is the first to demonstrate the concept of mechanical memory during cancer metastasis, developed a novel mechanical conditioning, or “MeCo,” score, to quantify the cellular changes. Eventually, researchers hope the MeCo score can be used to help identify breast cancer patients who might benefit from repurposed antifibrotic treatments to prevent bone metastasis.

“The higher the patient’s breast tumor MeCo score, the higher the likelihood they would go on to have bone metastasis and poorer outcomes,” said Casey Romanoski, PhD, assistant professor of cellular and molecular medicine and a member of the BIO5 Institute and UArizona Cancer Center. “This stiffness signature could have incredible clinical utility.”

To further explore the clinical application, Dr. Mouneimne and Adam Watson, PhD, a former graduate student and postdoctoral fellow at the UArizona Cancer Center, worked with Tech Launch Arizona, the office of the university that commercializes inventions stemming from research, to launch a startup, MeCo Diagnostics, LLC. The company is working toward maturing the technology and bringing it to the marketplace where it can impact the lives of breast cancer patients everywhere.

It was previously known that tumor stiffness induces cellular changes that lead to a more aggressive cancer, but according to Dr. Watson, lead author on the paper, the concept of “stiffness” was misleading.

“Most early-stage breast tumors are stiffer than surrounding tissue, yet most don’t spread to bone,” he said. “It’s not about tumor stiffness but rather stiffness responsiveness of the cancer cells, which we call mechanical conditioning.”

To study this phenomenon, the team created a laboratory environment that mimicked the stiff or soft tumor environments encountered in the body and assessed how breast cancer cells responded. They found that cells grown in a stiff environment had a “mechanoresponse” characterized by cell spreading, invasion and turning on genes linked with both bone development and disease. And these gene changes endured even after the cells were moved to a soft environment.

Next, researchers looked at what genes were turned on and off in breast cancer cells in response to the stiff environments. Based on these gene expression changes, they developed the MeCo score, which was validated and refined using data from thousands of patients with breast cancer.

“This is the culmination of a lot of work by researchers from many different fields,” Dr. Mouneimne said. “It highlights the environment we have at the University of Arizona Health Sciences, and how working together can make progress in this challenging area of breast cancer metastasis.”

Future investigations could focus on how cancer cells maintain the gene expression changes that drive metastasis, based on additional findings that identified a transcription factor called RUNX2 that was activated by fibrotic-like stiffness. RUNX2 stays attached to the DNA as the cell divides and “bookmarks” which genes remain turned on, which includes the genes that drive bone metastasis and the breakdown of bone.