Researchers in the Comprehensive Pain and Addiction Center have found that terpenes mimic cannabinoids and produce similar pain-relieving effects.
July 14, 2021 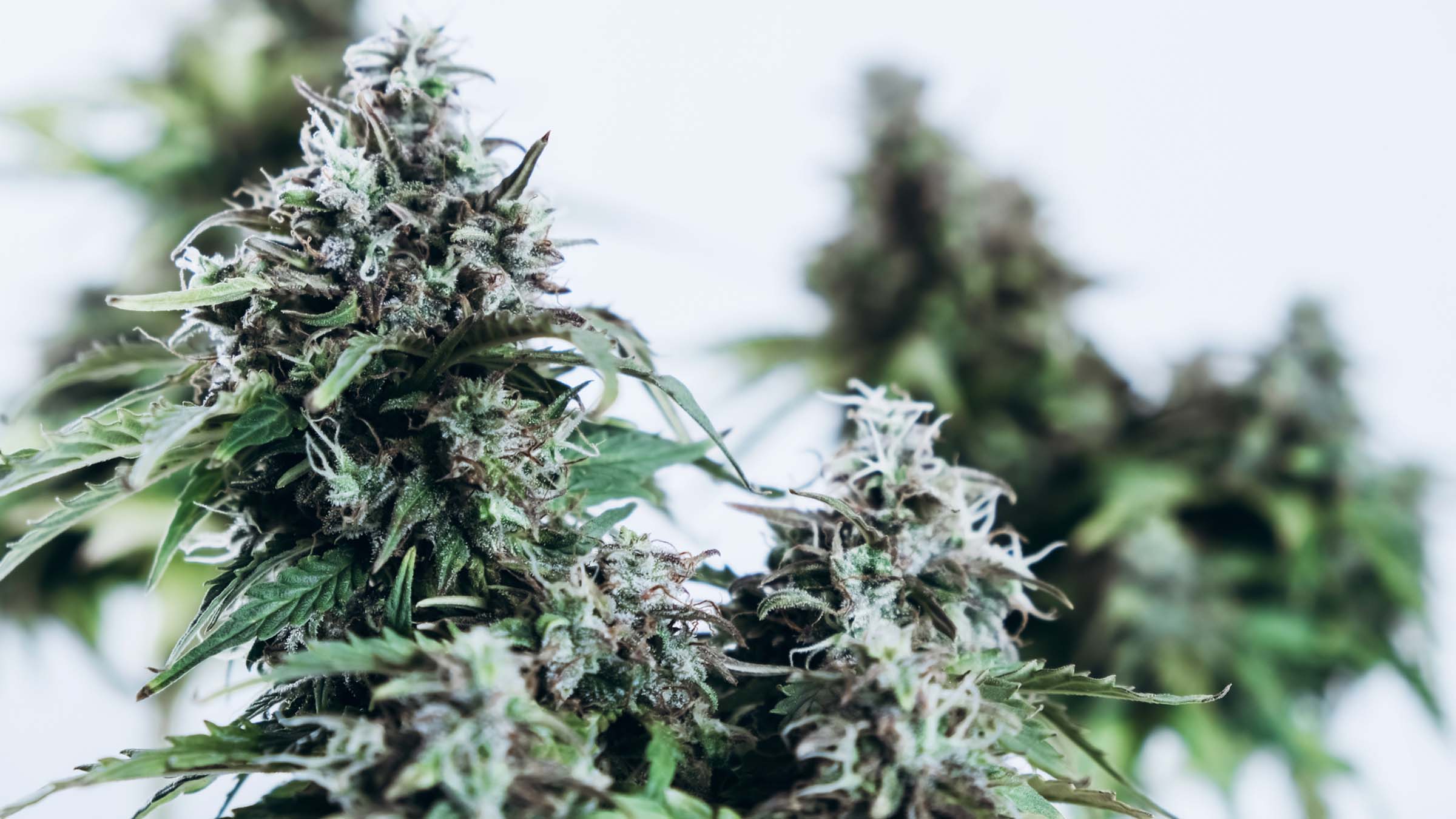 Terpenes are found in many plants, and new research has demonstrated a terpene/cannabinoid interaction that showed positive results in controlling pain.

When it comes to the medicinal and therapeutic properties of Cannabis sativa, an unsolved mystery is whether there exists an “entourage effect,” whereby the pain-relieving effects of the plant as a whole are greater than any of its individual parts. New research from the University of Arizona Health Sciences has found evidence that favors the entourage effect theory and positions Cannabis terpenes, the part of the plant that provides flavor and aroma, as a promising new target for pain therapies that would require lower doses and produce fewer side effects. 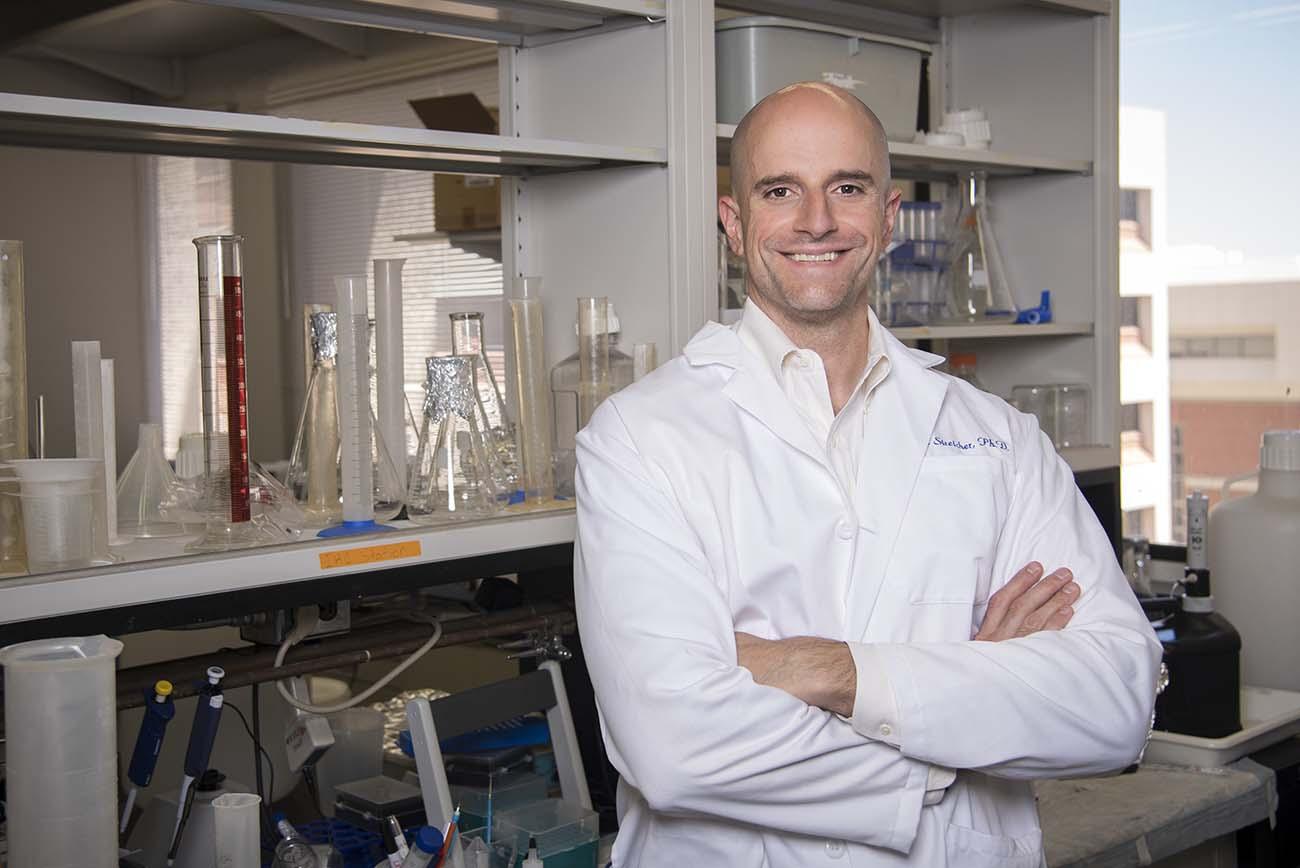 “A lot of people are taking Cannabis and cannabinoids for pain,” said lead researcher John Streicher, PhD, a member of the UArizona Health Sciences Comprehensive Pain and Addiction Center and associate professor of pharmacology at the College of Medicine – Tucson. “We're interested in the concept of the entourage effect, with the idea being that maybe we can boost the modest pain-relieving efficacy of THC and not boost the psychoactive side effects, so you could have a better therapeutic.”

Terpenes are aromatic compounds found in many plants and are the basic component in essential oils. The terpene linalool, for example, gives lavender its distinctive floral scent. In addition to terpenes, Cannabis sativa contains naturally occurring compounds known as cannabinoids, the most well-known of which are cannabidiol, or CBD, and tetrahydrocannabinol, or THC, the psychoactive component of cannabis.

Researchers found that Cannabis terpenes, when used by themselves, mimic the effects of cannabinoids, including a reduction in pain sensation. When combined with cannabinoids, the pain-relieving effects were amplified without an increase in negative side effects. The paper, “Cannabis sativa terpenes are cannabimimetic and selectively enhance cannabinoid activity,” was published in Scientific Reports.

“It was unexpected, in a way,” said Dr. Streicher. “It was our initial hypothesis, but we didn’t necessarily expect terpenes, these simple compounds that are found in multiple plants, to produce cannabinoid-like effects.”

When a cannabinoid such as THC enters the body, it binds to one of two cannabinoid receptors – CB1R, which is the most abundant, or CB2R. The receptor then activates neurons that affect physiological processes and behavior. In laboratory experiments, researchers found that all four terpenes activated the CB1R, just like THC.

Behavioral studies in mouse models revealed that when administered individually, all four terpenes lowered pain sensitivity, and at least three of the four classic cannabinoid side effects: reduced pain sensation, lowered body temperature, reduced movement and catalepsy, a freezing behavior related to the psychoactive effects of cannabinoids. When terpenes were combined with WIN55,212-2, researchers saw a greater reduction in pain sensation compared with either the terpene or WIN55,212-2 alone, demonstrating a terpene/cannabinoid interaction in controlling pain.

Dr. Streicher’s ongoing research is focusing on the use of terpenes in combination with opioids and for specific types of cancer-related pain. His long-term goal is to develop a dose-reduction strategy that uses terpenes – generally recognized as safe by the U.S. Food and Drug Administration – in combination with cannabinoids or opioids to achieve the same levels of pain relief with lower doses of drugs and fewer side effects.