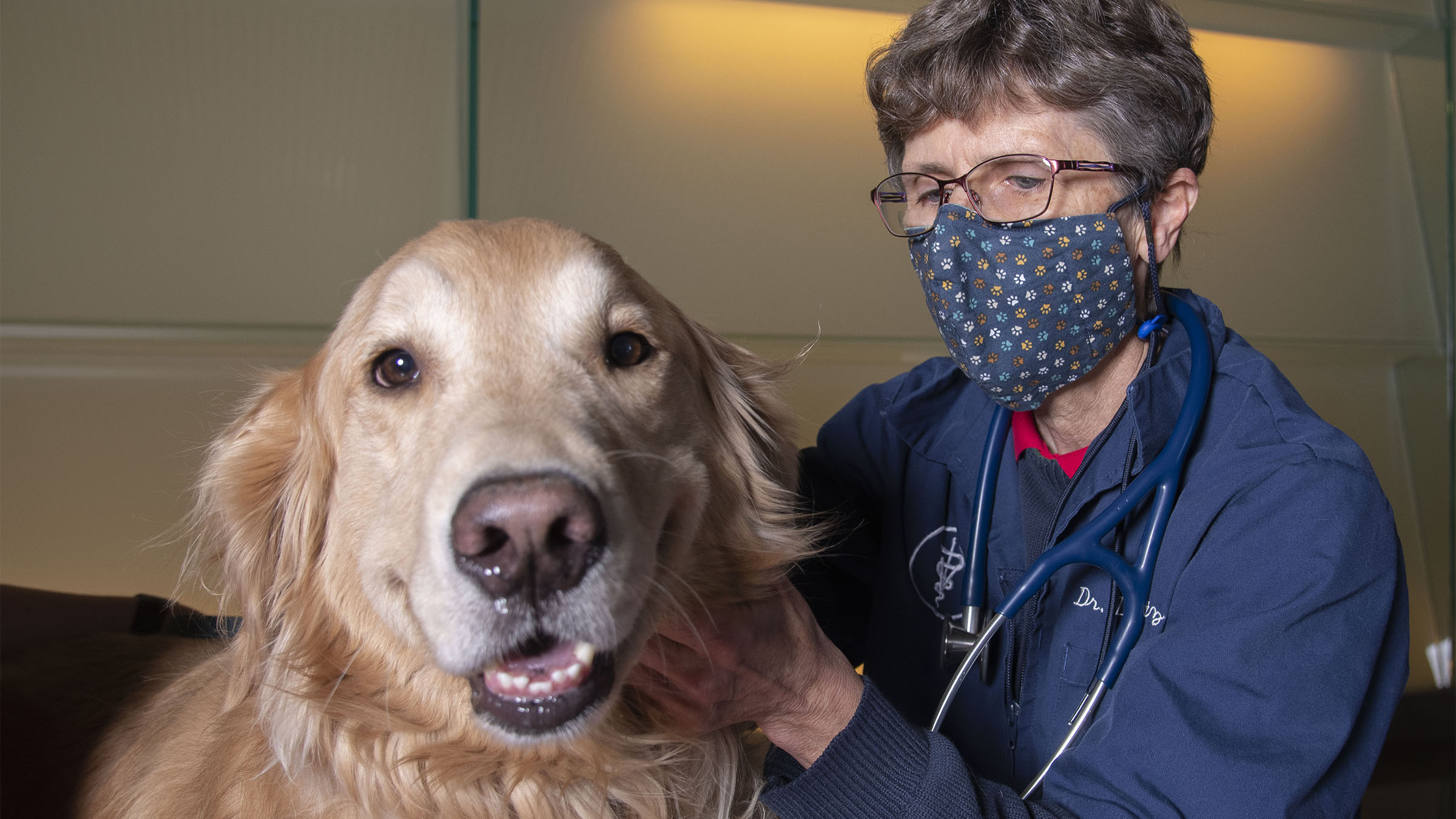 Lisa Shubitz, DVM, led a research team that examined the effects of a potential canine Valley fever vaccine in dogs. The positive results represent a major step toward the development of not only a canine vaccine, but eventually a human vaccine for Valley fever.

A possible canine vaccine for Valley fever took one giant step closer to becoming a reality thanks to a University of Arizona College of Medicine – Tucson-led study that showed the vaccine provided a high level of protection against Coccidioides posadasii, a fungus that causes Valley fever. The development of a potential canine vaccine serves as a positive harbinger of a human vaccine. 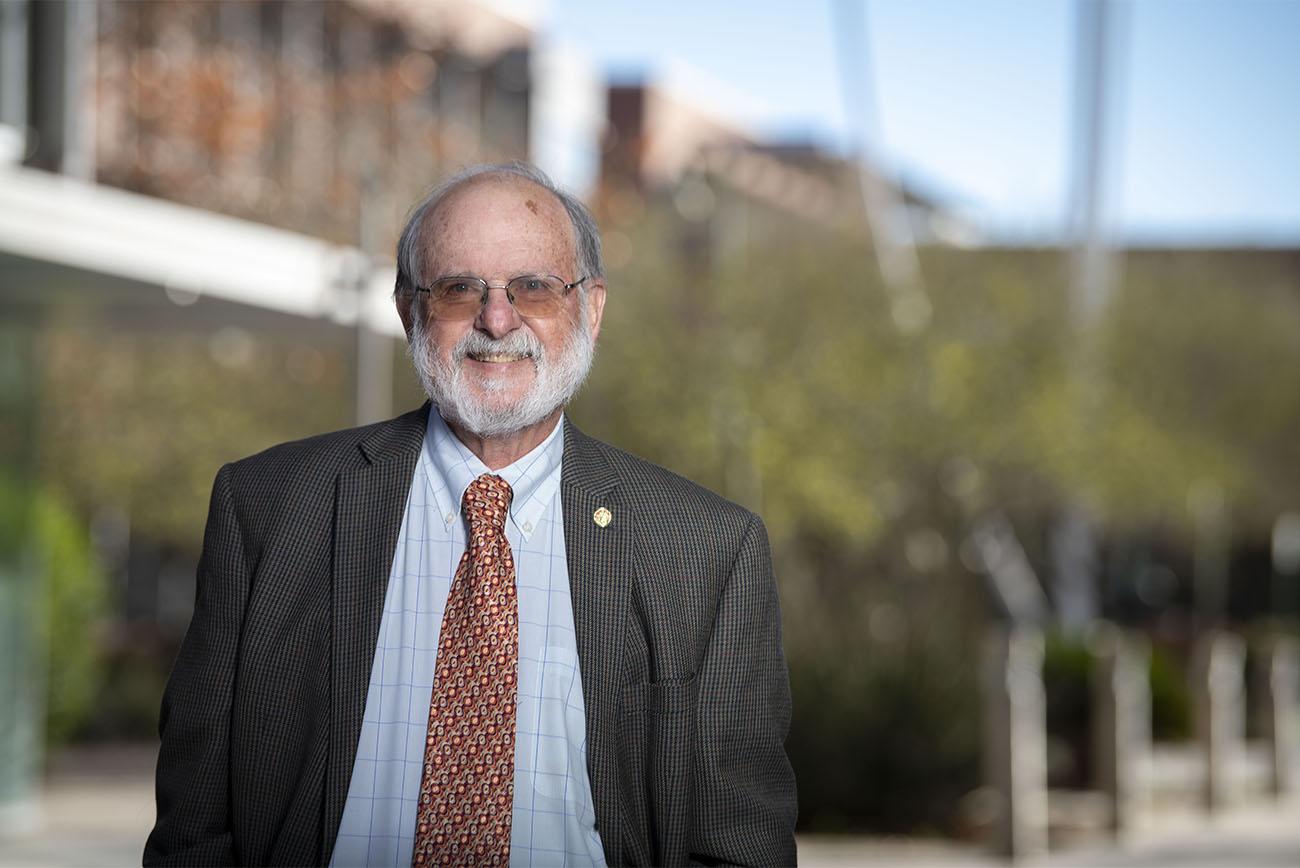 Valley fever, also known as coccidioidomycosis, is primarily a disease of the lungs caused by the inhalation of airborne particles of the fungus Coccidioides, which is found in the southwestern U.S. and northwestern Mexico. Dogs are very susceptible to Valley fever, and it is estimated that Valley fever costs Arizona dog owners at least $60 million per year.

“The idea of a vaccine to prevent Valley fever has been the holy grail since the 1950s,” said John Galgiani, MD, director of the UArizona Valley Fever Center for Excellence, professor of medicine and BIO5 Institute member. “We created a vaccine that worked. The dogs had all sorts of laboratory evidence of active, very widespread disease, and the vaccine prevented it.”

U.S. Department of Agriculture regulations require that new veterinary vaccines must be documented as safe and effective in the target species. This is the first study to examine a potential Valley fever vaccine in dogs, and the results were encouraging.

The study found that Valley fever was prevented or greatly reduced in dogs that received an initial vaccine followed by a booster 28 days later. Any disease symptoms that were seen were so mild as to be clinically irrelevant.

Researchers also found that a single vaccination without a second shot did not convey protection against Valley fever, which demonstrated the need for a booster. In all dogs, the vaccine was well-tolerated. 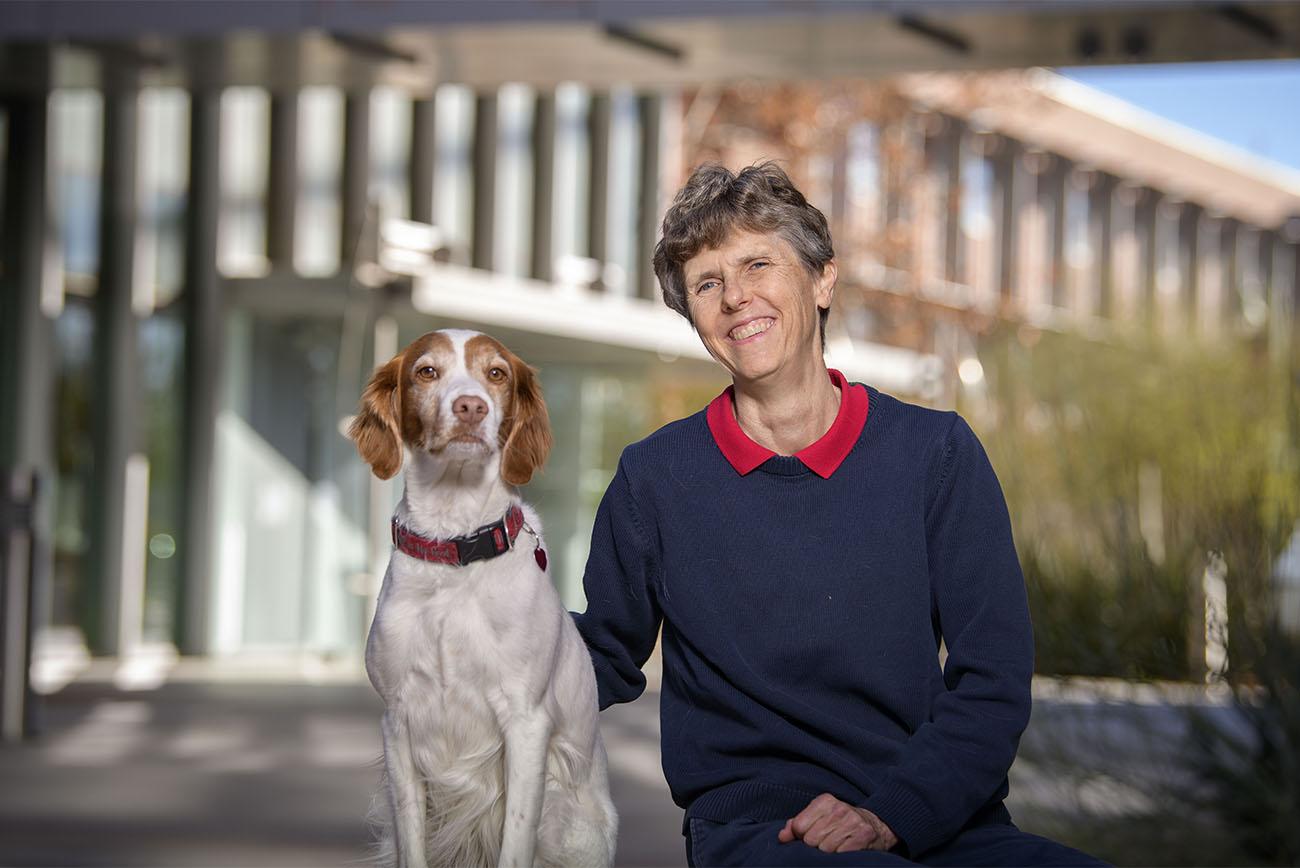 The paper, “Δcps1 Vaccine Protects Dogs Against Experimentally Induced Coccidioidomycosis,” was published in the journal Vaccine. First author Lisa Shubitz, DVM, is a research scientist at the Valley Fever Center for Excellence, where she collaborates with Dr. Galgiani and co-author Marc Orbach, PhD, a plant pathologist in the UArizona College of Agriculture and Life Sciences whose genetic research led to the development of delta cps-1. The unique strain of Coccidioides appears not to cause disease and was used to develop the live vaccine used in this study.

The Valley Fever Center for Excellence has been working to create an effective vaccine for the prevention of Valley fever in dogs for decades, and this study is a large step forward toward meeting the licensing requirements for a vaccine for dogs.

Scientists at Anivive Lifesciences in Long Beach, California, who collaborated on the study along with Colorado State University and the University of Queensland in Australia, are poised to take the next step.

“The protection provided by this vaccine in dogs is significant as it provides compelling promise as the first systemic fungal vaccine in dogs, who are significantly more susceptible to coccidioidomycosis then man,” said Edward Robb, DVM, MS, DACVIM, chief strategy officer for Anivive Life Sciences and a co-author on the paper.

As scientists move a canine vaccine closer to market, they also will build on this research to assess potential vaccine response in people. Anivive Life Sciences has started the vaccine registration process in the U.S. with the Center for Veterinary Biologics and are collaborating with Crozet BioPharma for a human vaccine.

“Equally promising is that this vaccine will encourage development of this vaccine candidate for humans, addressing its significant public health value in the endemic region,” Dr. Robb added. “The progression from concept to potential clinical use could not have been possible without the collaboration that defines this unique public-private partnership. This One Health approach supports the adage that dogs are indeed man’s best friend.”

Because this is the first study of its kind, it is unknown how long immunity will last. That is a question that likely will be answered once a licensed vaccine is available through veterinarians. Still, if a canine vaccine proves successful, it paves the way for additional investment and research into a human vaccine, which is desperately needed in certain regions of the world.

While half of the people who get Valley fever remain asymptomatic, others will experience a weeks-to-months-long respiratory illness that affects about 1% annually of the total population in Arizona and central California. Approximately 10% of patients develop complications, most of which resolve on their own. However, some complications may be more serious, requiring long-term treatment and medical care, and potentially resulting in permanent disability or death.