The body's system for maintaining infection-fighting cells deteriorates faster near the skin than deeper in the body, according to a new study.
May 3, 2022 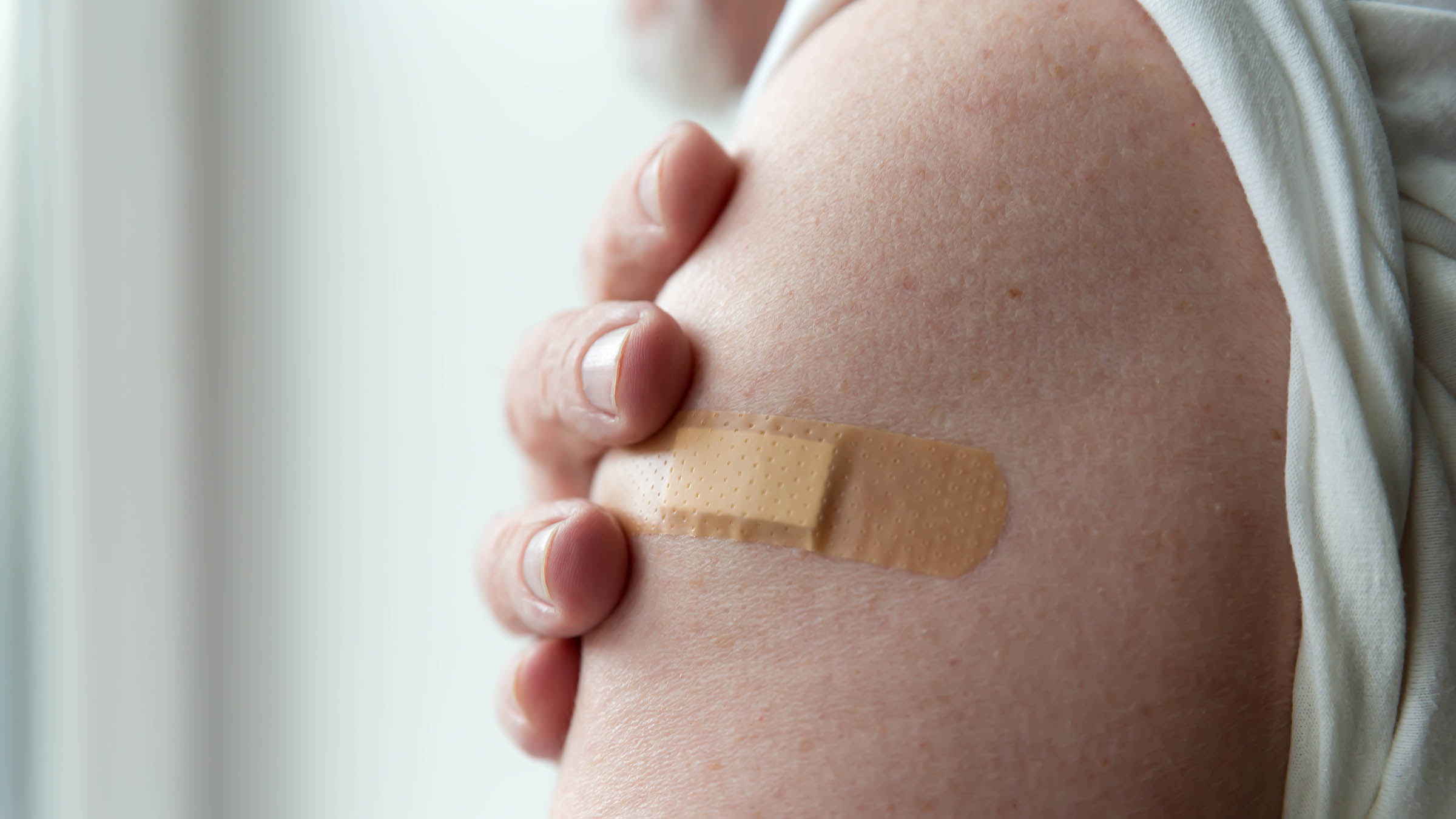 The results of a new study help explain the immune system’s response to skin infections, skin cancer and vaccinations delivered through the skin in older adults.

It is well established that older adults are more susceptible to infection and their immune systems less capable of generating a strong immune response. Now, a new University of Arizona Health Sciences-led paper explains why, which could lead to potential interventions. 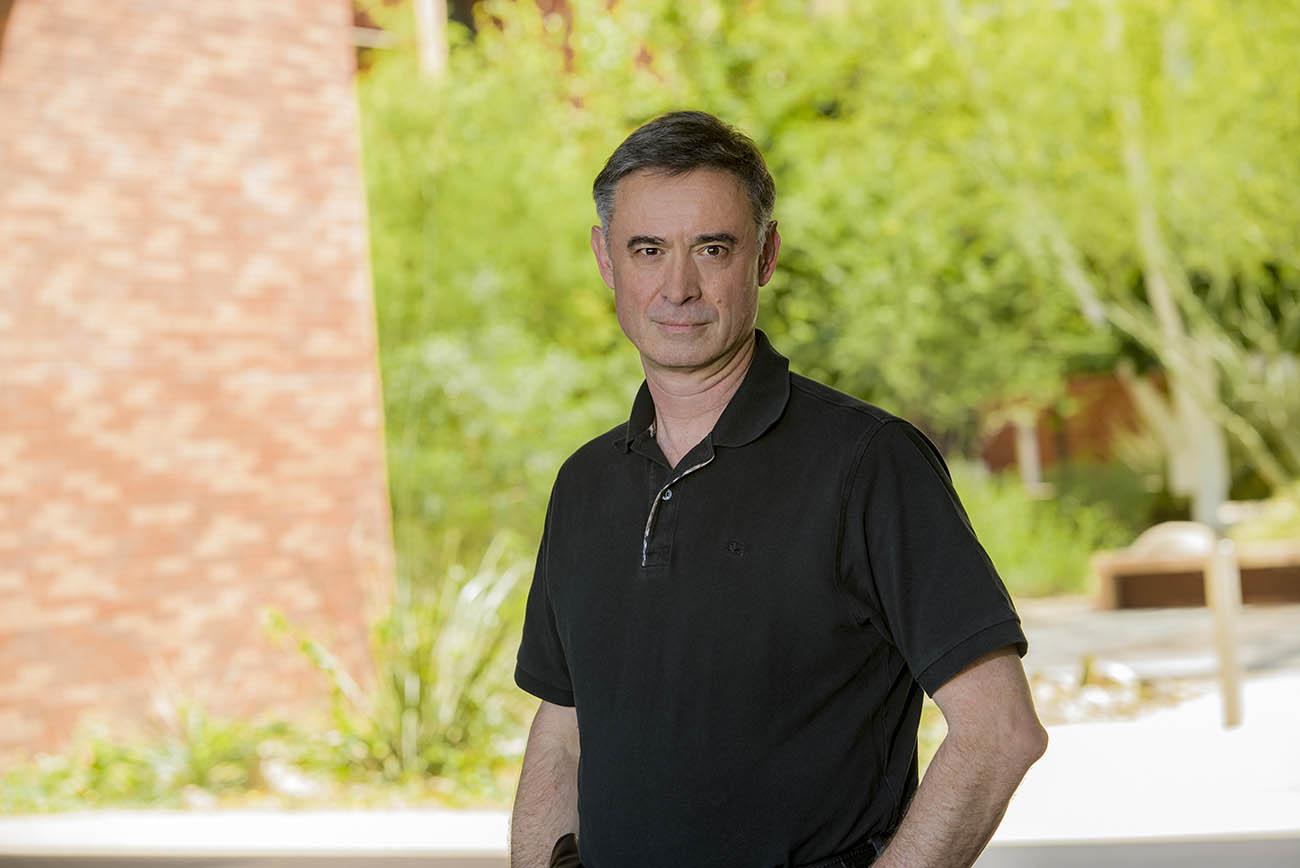 The findings of the study, led by Janko Nikolich-Žugich, MD, PhD, head of the UArizona College of Medicine – Tucson’s Department of Immunobiology and co-director of the Arizona Center on Aging suggest that lymph nodes, which are critical for maintaining and revving up the immune response during infection, age at different rates. Lymph nodes closer to the skin deteriorate two to three times more quickly than those deeper in the body.

The study, published in the journal Proceedings of the National Academy of Sciences, helps explain the immune system’s response to skin infections and even skin cancers. This also is likely the reason for a weaker immune response to vaccinations delivered through the skin in older adults.

White blood cells, specifically T cells, are the soldiers of the immune system. T cells are made by the thymus, a gland that sits below the chest bone and above the heart. The thymus quickly reduces T cell production over the human lifespan. By puberty, T cell production is 10% of what it was at birth. By the age of 40 or 50, it drops to only 1%.

"That's not strong enough to generate enough new T cells," said Dr. Nikolich-Žugich, a member of the university’s BIO5 Institute. "If your body is not generating something, then it better be maintaining very well."

T cell maintenance takes place predominantly in the lymph nodes, which serve two main functions. The first is to keep T cells healthy and alive for as long as possible – often decades in humans. The second is to trigger an immune response during infection.

"Humans have about 450 lymph nodes,” Dr. Nikolich-Žugich said. “These are like the barracks were little T cell soldiers go for shelter, sustenance and recovery."

It is in the lymph nodes that the immune system first sizes up its enemy. This is important because humans don't have a large enough standing army that can deal with all infections.

During infection, the white blood cells specialized to fight divide rapidly in lymph nodes. One cell can generate a million others. They travel to the infection site quickly by using lymph nodes as a superhighway of sorts. This network of lymph nodes is what deteriorates at different rates, the research team discovered.

Dr. Nikolich-Žugich and the team were able to tag and track T cells produced in the thymus of both old and young mice and compare the paths T cells took throughout the body. They found that while production was low in older animals, the thymus was still producing some T cells. The problem was those cells weren't getting to the lymph nodes.

Next, they tried to help the thymus generate additional white blood cells to boost the immune response. Even when that succeeded, they observed the same behavior – too few T cells were getting into the lymph nodes.

"These cells did not land where their supposed to go, and that's why we started investigating lymph nodes as a potential reason for the immune deficiency we find in older people," he said. "We found that this whole infrastructure that makes up the barracks – the lymph nodes – was destroyed."

In fact, the cells that landed in the lymph nodes closer to the skin in older animals moved as if they had to get out quickly. Dr. Nikolich-Žugich thinks this might be because the lymph nodes weren't providing the nutrients and maintenance needed.

They also found that the connections between the cells that maintain T cells and make up the lymph node superhighways were severely reduced.

"It was as if the lymph node cells themselves were unwell, so they were no longer contacting one another," he said. "This finding is consistent with what other people have described before – that T cells migrate with a certain speed and move around in a directional manner. But in older lymph nodes specifically, they look quite disorganized and move much slower."

Implications for vaccination and intervention

The findings move researchers a step closer to being able to understand the weakened immune response to vaccination in older adults.

Whenever a vaccine is given, a lymph node is going to be involved, Dr. Nikolich-Žugich says. Yet most vaccines can't jump start older immune systems as effectively as younger ones, which is a problem for developing protection.

But there is hope. Dr. Nikolich-Žugich stressed that the immune system, similarly to a muscle, can be restrengthened and treatments can intervene.

"We're finding that for the immune system, there are a number of things you can do, even late in life, and some you may need to do at midlife that can restore these things," he said. "That gives us great hope. If we can restore thymus function, even for a short time late in life, that could lead to very viable treatments."

It could also pave the way for new treatments for cancer.

"85% of cancer occurs in people over 50 years old," Dr. Nikolich-Žugich said. "The principles of the immune system are the same, so if we can help the lymph nodes get better at combating infection, then we will also benefit immunotherapy for cancer."