Researchers will use a $1.6 million National Eye Institute grant to study age-related lens cell changes that can lead to cataracts.
February 2, 2022 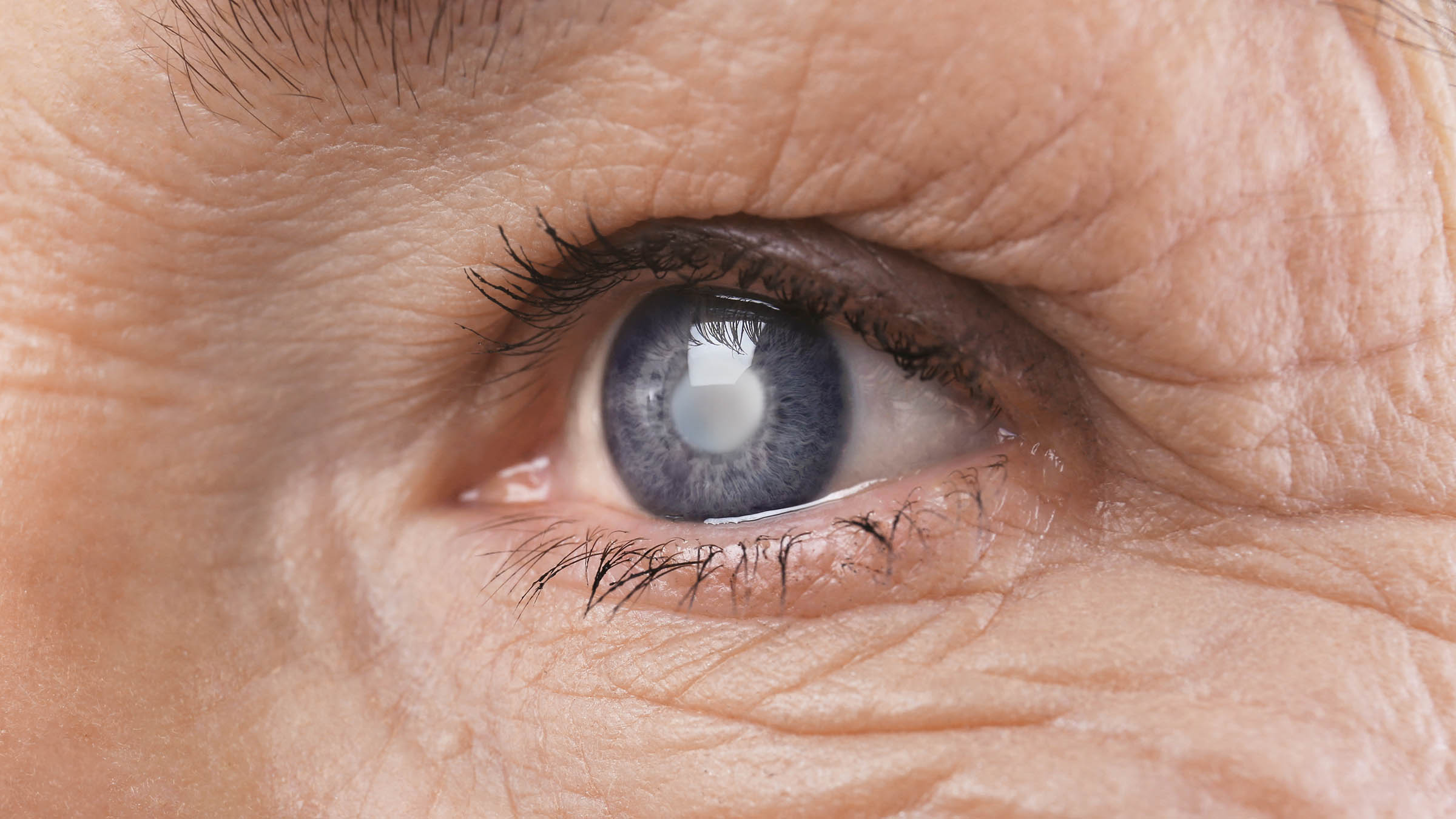 University of Arizona College of Medicine – Tucson researchers are working to identify the mechanisms that cause cataracts in the hopes of developing new targets for potential treatments.

Cataracts affect more than 15 million people worldwide and are the leading cause of blindness, especially in regions with a lack of access to qualified surgeons. Researchers at the University of Arizona College of Medicine – Tucson are leading a study to identify the biological mechanisms that cause cataracts in the hopes that new, nonsurgical treatments may be developed.

Nicholas Delamere, PhD, professor and head of the Department of Physiology, was awarded a $1.6 million grant from the National Eye Institute, a division of the National Institutes of Health, to study the role of two protein ion channels – TRPV1 and TRPV4 – in the development of cataracts. 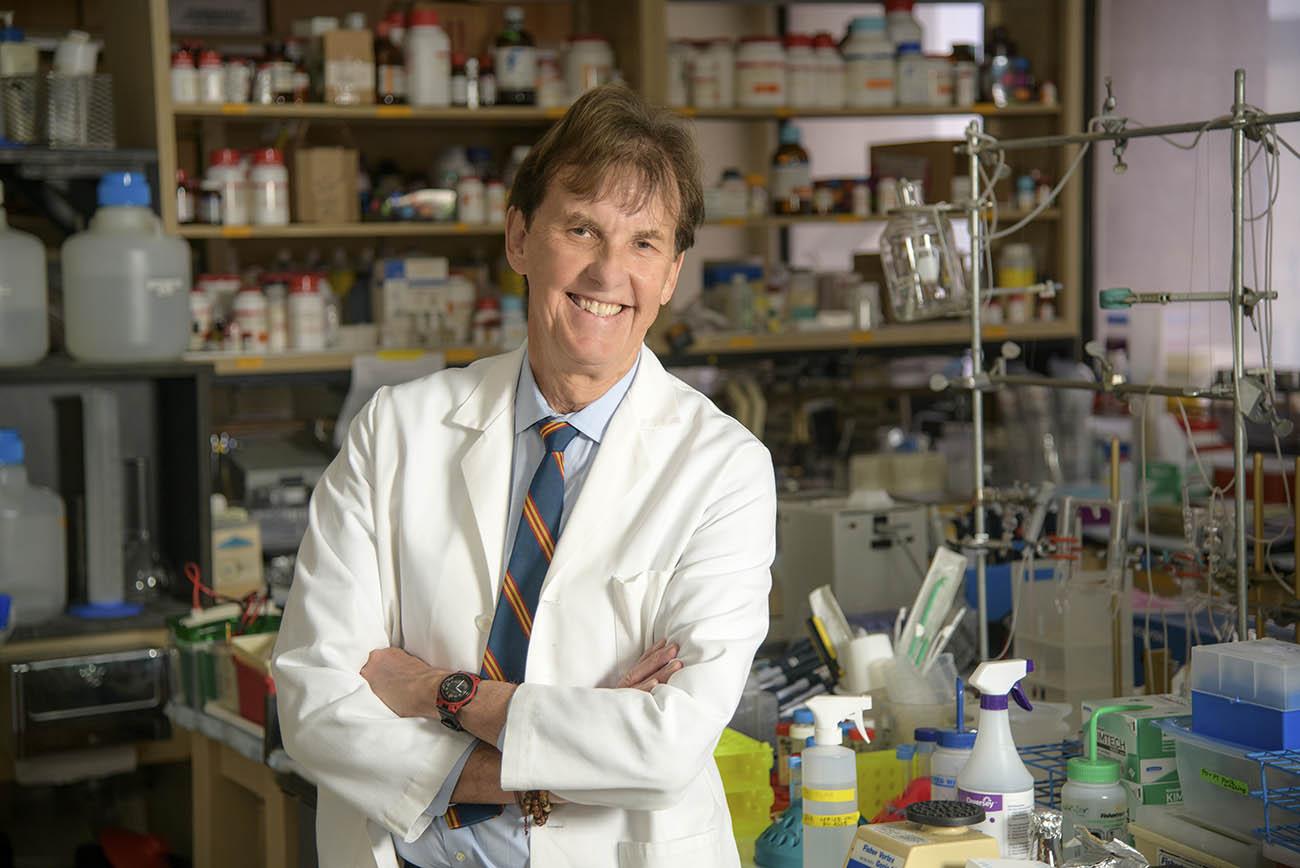 “Human cataract is frequently associated with failure of the mechanisms controlled by TRPV1 and TRPV4. The hope is that studies like this might pave the way to the development of strategies to prevent or delay age-related eye diseases,” said Dr. Delamere, who has a joint appointment as a professor of ophthalmology and is a member of the BIO5 Institute.

Inside the eyeball, tucked behind the iris and pupil, is a transparent lens that focuses light onto the retina, creating a sharp visual image. A healthy transparent lens is essential for good vision. During the aging process, the lens can lose transparency, resulting in a condition called cataract.

Dr. Delamere and his research team were the first to discover that TRPV4 and TRPV1 cooperate in a way that regulates cell function in the highly specialized cells of the eye lens.

Lens transparency requires precise maintenance of ion and water content, but the lens is made from tightly packed layers of cells that are incapable of independently maintaining ion and water homeostasis. Protein ion channels act as pores in the cell membrane, permitting the passage of ions including potassium, sodium and calcium in and out of the cell.

Scientists have yet to understand the maintenance of lens transparency; however, the development of cataract has been associated with failure of biological mechanisms controlled by the protein ion channels TRPV1 and TRPV4.

Dr. Delamere’s prior research showed that TRPV1 and TRPV4 in cells on the surface of the lens act as sensors for the control mechanisms that regulate the entire structure of the lens, including water content, size, shape, optical clarity and focusing power.

The new study will examine how tiny changes in hydrostatic pressure in the lens’ surface cells activate TRPV1 and TRPV4 to make homestasis possible. Dr. Delamere and his team also hope to characterize the molecular link between TRPV1 and TRPV4 and the cell’s interior framework, or cytoskeleton. The goal is to discover and understand the mechanisms responsible for age-related lens cell changes.

The National Eye Institute estimates that by age 75, 40-50% of Americans have been treated for cataracts. The only treatment available is a surgical procedure, very commonly and successfully performed in the U.S., to replace the cloudy lens inside the eyes with an artificial polymer lens.