A New Era: Creating Defenses Against Disease After COVID-19

A New Era: Creating Defenses Against Disease After COVID-19 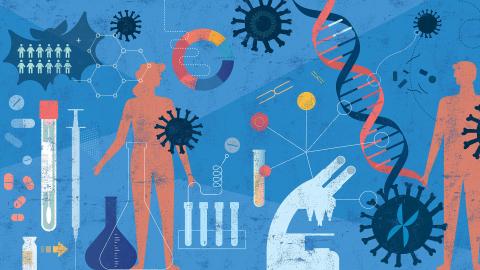 One of the biggest scientific applications to come from the pandemic can be found in the immunology that led to the development of the highly effective COVID-19 vaccines.

As the vortex of the COVID-19 pandemic consumed the world in 2020, scientists worked at a frantic pace to understand the new virus sweeping the globe. The discoveries surrounding SARS-CoV-2 were impressive not only for the speed in which they took place, but also for the new pathways of research they opened. 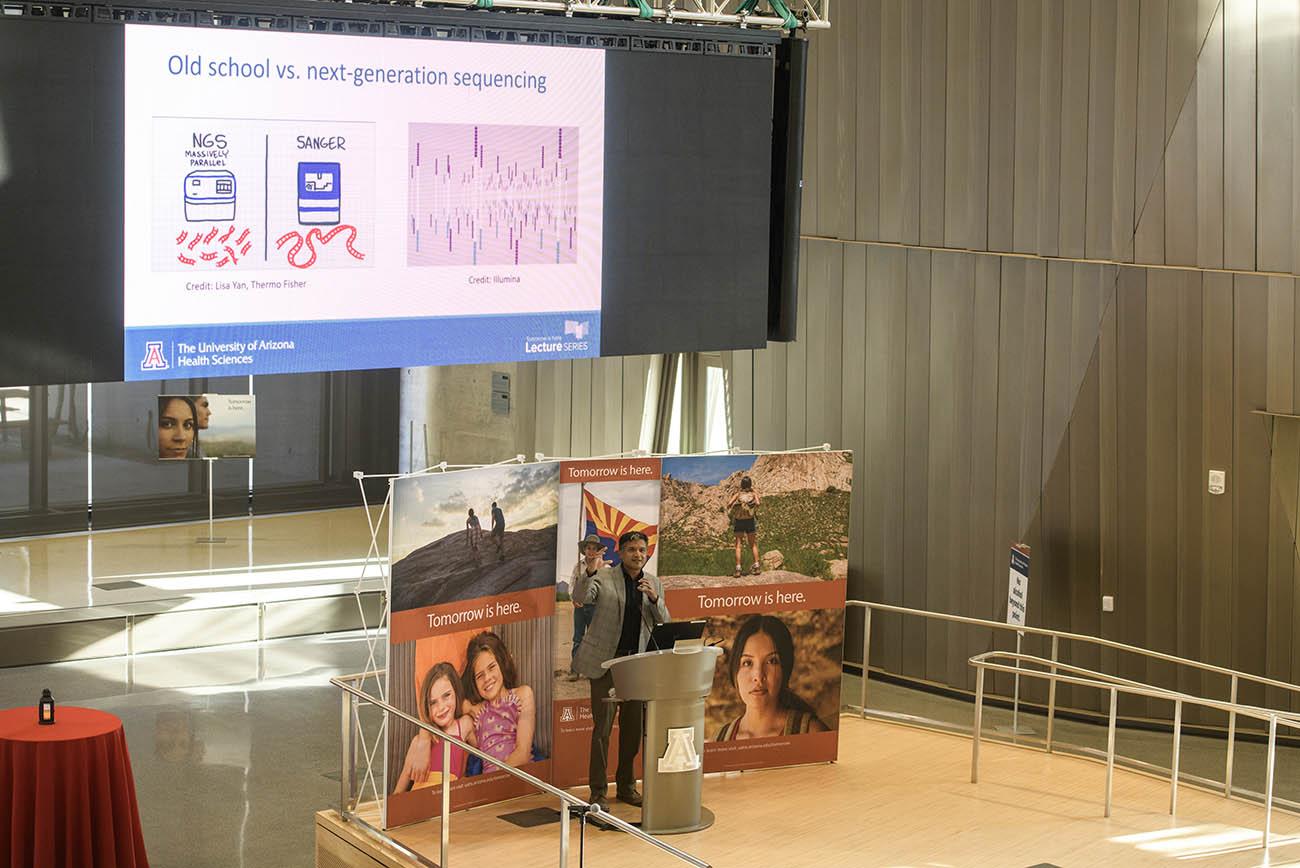 To the average person, it looked as though scientists were making daily breakthroughs as spike proteins, antibodies and messenger RNA vaccines became topics of everyday conversation. But revolutionary discoveries are rarely “Eureka!” moments. Instead, scientific advances are almost always the culmination of research that occurs outside of the spotlight. In the realm of immunology, decades of research on the immune system, the human genome and a multitude of other viruses laid the foundation to quickly unravel the mysteries of SARS-CoV-2 and COVID-19.

The immediate end goal was met when COVID-19 vaccines and treatments became available. But the impact of that research is far from over, according to Deepta Bhattacharya, PhD, keynote speaker at the inaugural University of Arizona Health Sciences Tomorrow is Here Lecture Series. He believes the lessons learned during the COVID-19 pandemic have the potential to change the future of science.

“The pandemic has shown us that the tools are out there to make infectious disease far less burdensome, not only in the U.S., but globally,” said Dr. Bhattacharya, professor of immunobiology in the UArizona College of Medicine – Tucson and BIO5 Institute member. “We've shown what our technology can do and what our responses can be, and I don't see any reason to accept the status quo anymore.”

One of the pandemic’s biggest lessons, Dr. Bhattacharya said, is that the basics matter. 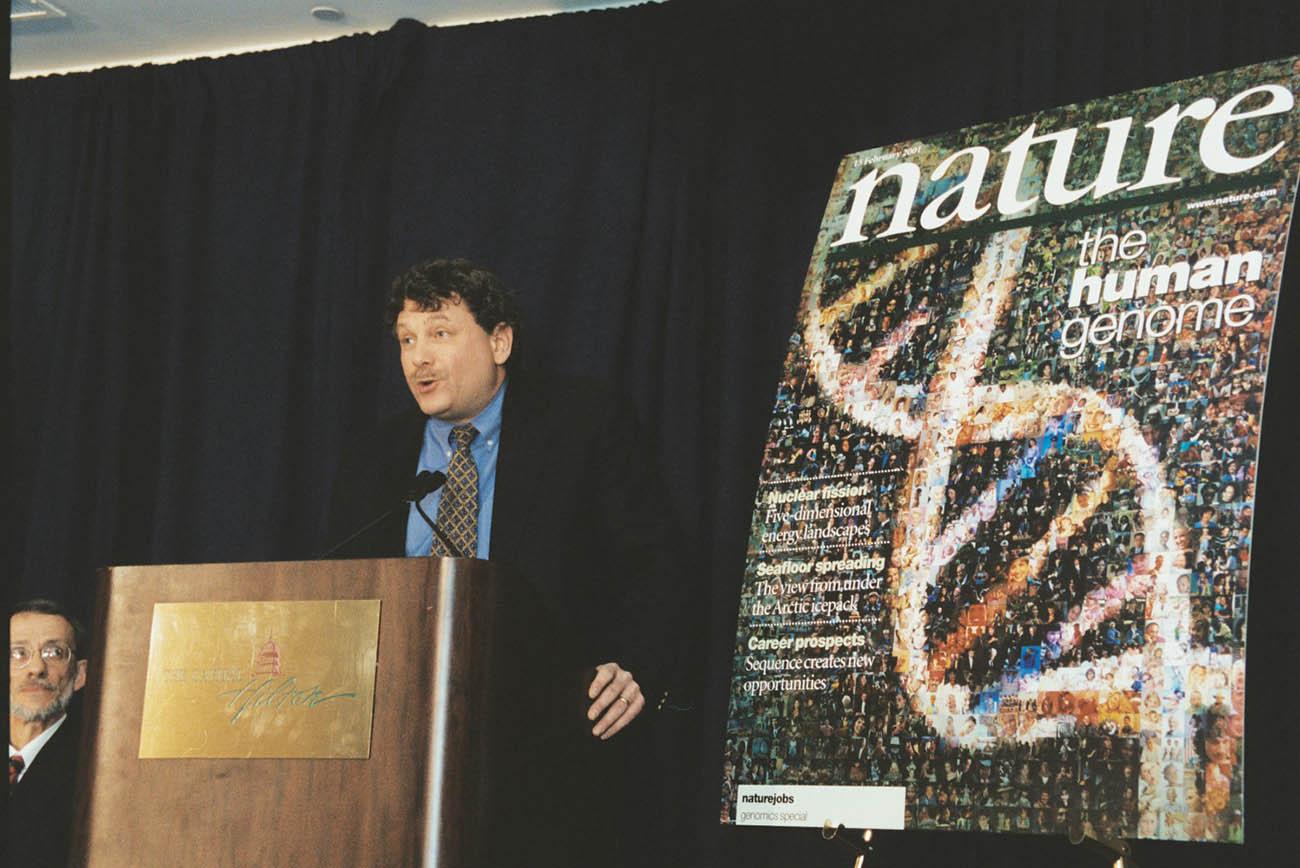 “When people say the COVID-19 vaccines were developed in record time, they really weren't,” Dr. Bhattacharya said. “They were built on the backs of decades of research that allowed us to move quickly.”

Three decades before an unknown virus surfaced in Wuhan, China, scientists were undertaking a massive endeavor known as the Human Genome Project. The intent was to sequence and map all of the genes – 3 billion in total – that make up the human genome.

In the beginning, the available technology was unreliable and slow, preventing researchers from sequencing more than a few hundred genes at a time. As technology improved, sequencing rates increased dramatically, and in April 2003, the Human Genome Project succeeded in reading the complete genetic blueprint of a human being.

“We've shown what our technology can do and what our responses can be, and I don't see any reason to accept the status quo anymore.”
Deepta Bhattacharya, PhD

“The Human Genome Project was criticized by people who asked, ‘What are we really learning from this? What diseases have been cured by understanding and knowing the human genome sequence?” Dr. Bhattacharya said. “But it's important not to just focus on immediately translatable outcomes. Think about all of the outcomes that came as a result of that project, some of which undoubtedly were the sequencing technologies.”

The same sequencing technologies that unraveled the mysteries of the human genome could be applied to viruses. Fast forward to January 2020, and within weeks of being confronted by an unknown pathogen, scientists sequenced and identified the novel coronavirus they dubbed SARS-CoV-2.

“Some of the technologies people criticized for not necessarily having an immediate translational impact, now very obviously did,” Dr. Bhattacharya said.

Prevention and preparedness are key 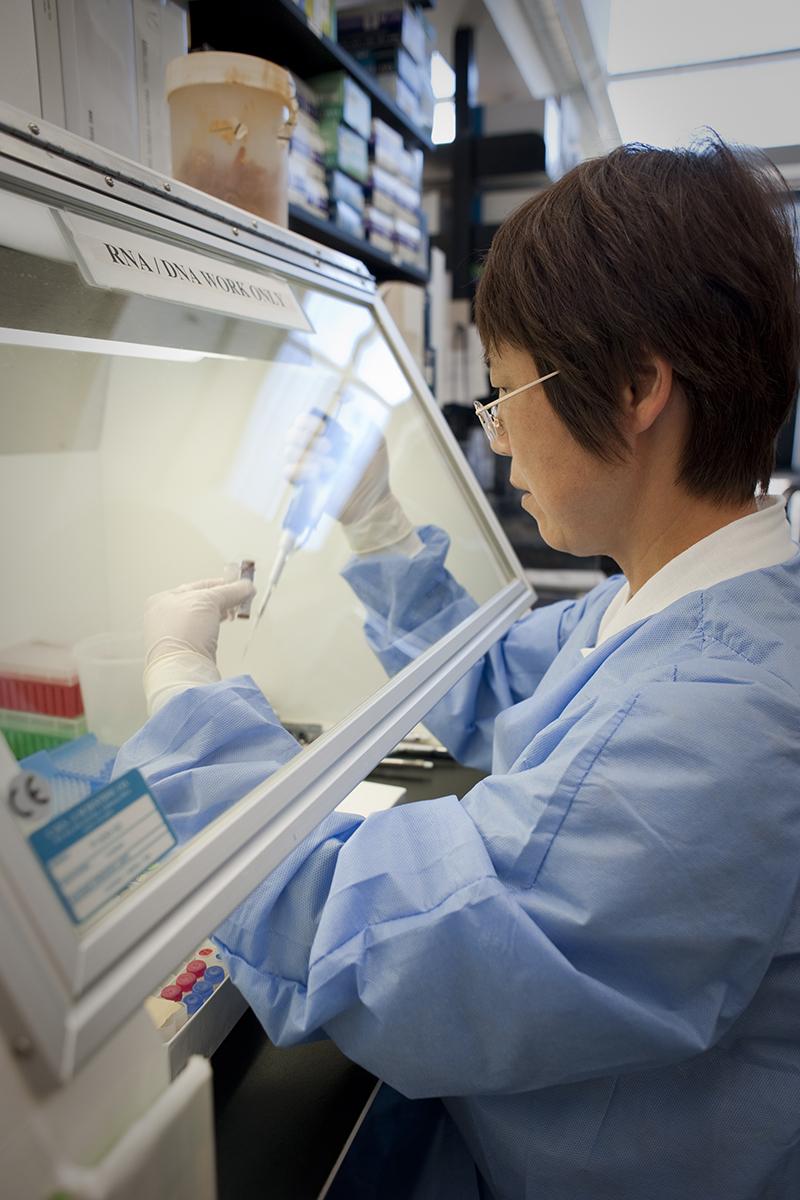 The Human Genome Project started in 1990, but the research that laid the foundation for the COVID-19 vaccines has an even longer history. As early as the mid-1970s, immunologists were studying common coronaviruses that affected other species, including mouse hepatitis virus.

“It was, in some ways, thankless work. The researchers were asked, why are you studying this? This is a mouse coronavirus – why do you care what disease it causes?” Dr. Bhattacharya said. “What the pandemic has shown us is that those studies taught us an awful lot in terms of preparedness. From these studies, it turned out that the immune response needed to be aimed at a particular protein that the virus makes called spike.”

Identifying the virus’s Achilles heel wasn’t enough, though. Researchers needed to find a way to engineer the spike protein to create an immune response against the virus. That work happened at the National Institutes of Health’s Vaccine Research Center. There, scientists were studying respiratory syncytial virus, which causes severe respiratory infections in children, and another common coronavirus that causes cold-like symptoms.

Once engineered, the spike protein needed to be safely delivered to the cell’s nucleus without killing the cell. Again, the answer came from research that was decades in the making – in this case, messenger RNA (mRNA) research at the University of Pennsylvania.

“All of that early work – that sort of circuitous path science sometimes takes – led us to figure out the perfect solution to generate vaccines and immune responses to emerging pathogens,” said Dr. Bhattacharya.

A structure for the future

On the scientific front, one of the biggest applications from the pandemic can be found in the immunology that led to the development of the highly effective COVID-19 vaccines. 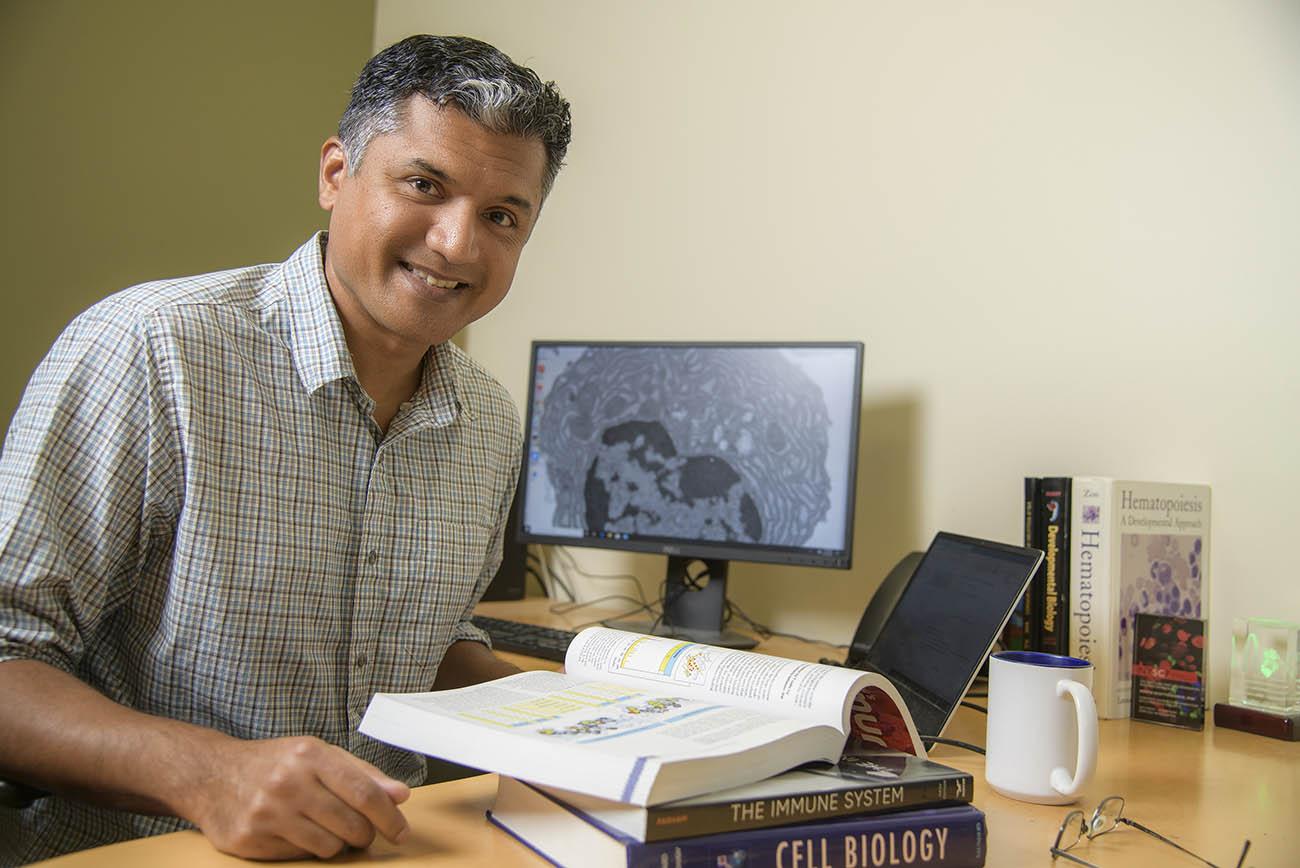 “I think structure-based vaccinology is the wave of the future,” said Dr. Bhattacharya, whose primary research focuses on a family of viruses known as flaviviruses, which cause diseases including dengue, Zika, Japanese encephalitis, yellow fever and West Nile. “The pandemic really showed the power of that particular approach to actually control the immune system and what it's aimed at. Some of the technologies that came from COVID-19 can absolutely be applied to the flaviviruses, as well.”

Dr. Bhattacharya, who hopes to develop an effective vaccine for flaviviruses, says none of the flaviviruses have come close to causing the worldwide destruction perpetuated by SARS-CoV-2, though scientists were surprised by the spread of the Zika virus, which reached epidemic status in Brazil in 2016. Still, no one knows which virus could be the source of the next pandemic.

“We don't really know what's going to come next, so that means studying families of not just viruses, but also bacteria and fungi, and building up that broad knowledge base and technology that allows us to move quickly,” he said. “Prevention and preparedness are worth many tons of cure for infectious diseases.”