A $10 million gift from the Steele Foundation includes $2 million for CAMI, marking the first private philanthropic support for the new center.
November 4, 2022 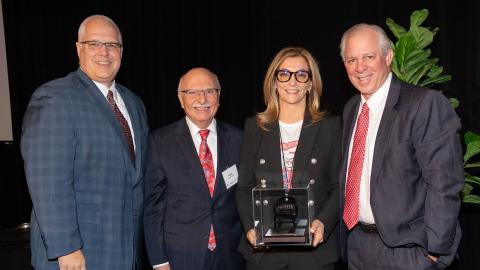 A new $10 million gift from the Steele Foundation includes the first private philanthropic support for the University of Arizona Health Sciences Center for Advanced Molecular and Immunological Therapies, or CAMI. This news follows Arizona Gov. Doug Ducey’s designation of $150 million in funding for the center, announced the same day. 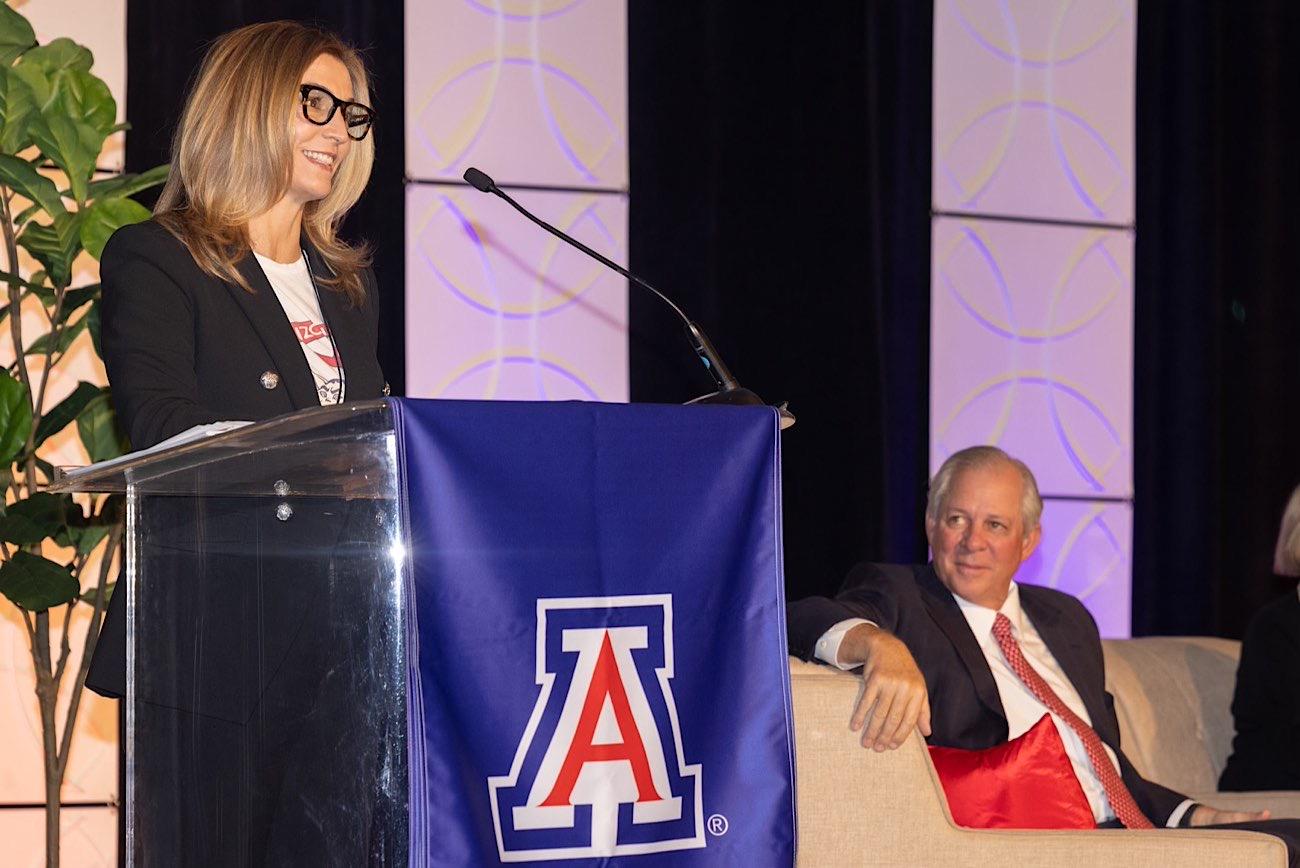 Of the gift, $2 million is designated for CAMI, to be located at the Phoenix Bioscience Core in downtown Phoenix. CAMI will serve as a hub to advance knowledge of the immunology of autoimmune conditions, inflammation, cancers and infectious diseases to develop novel strategies for the diagnosis, prevention and treatment of diseases.

Building on the idea that the most effective defense against health issues is the body’s natural immune system, researchers and physician-scientists are increasingly using precision medicine to develop new cell- and gene-based therapies for diseases. The Steele Foundation gift will allow CAMI researchers to concentrate on autoimmune diseases that affect children, such as Type 1 diabetes, juvenile arthritis, lupus, inflammatory bowel disease and celiac disease.

“Thanks to the Steele Foundation’s generous gift, CAMI will be able to accelerate the development and delivery of revolutionary treatments for the management of pediatric autoimmune diseases, which can be rare and difficult to diagnose and treat,” said Michael D. Dake, MD, senior vice president for the University of Arizona Health Sciences. “CAMI will open new doors of discovery and advance precision medicine to improve health and human potential for even the youngest of people across Arizona and around the world.”

The remaining $8 million will be used to create the Cracchiolo Institute, to establish the Daniel Cracchiolo Endowed Chair for Pediatric Autoimmune Disease Research and to provide financial support for graduate students and postdoctoral researchers, as well as the Pamela Grant Endowed Professorship and the Fayez K. Ghishan, MD Endowed Professorship. Dr. Ghishan is director of the Steele Children's Research Center and head of the Department of Pediatrics at the UArizona College of Medicine – Tucson.

Physician-scientists and researchers at the Steele Children's Research Center – the research arm of the Department of Pediatrics – are dedicated to improving children's health through basic science, translational and clinical research. 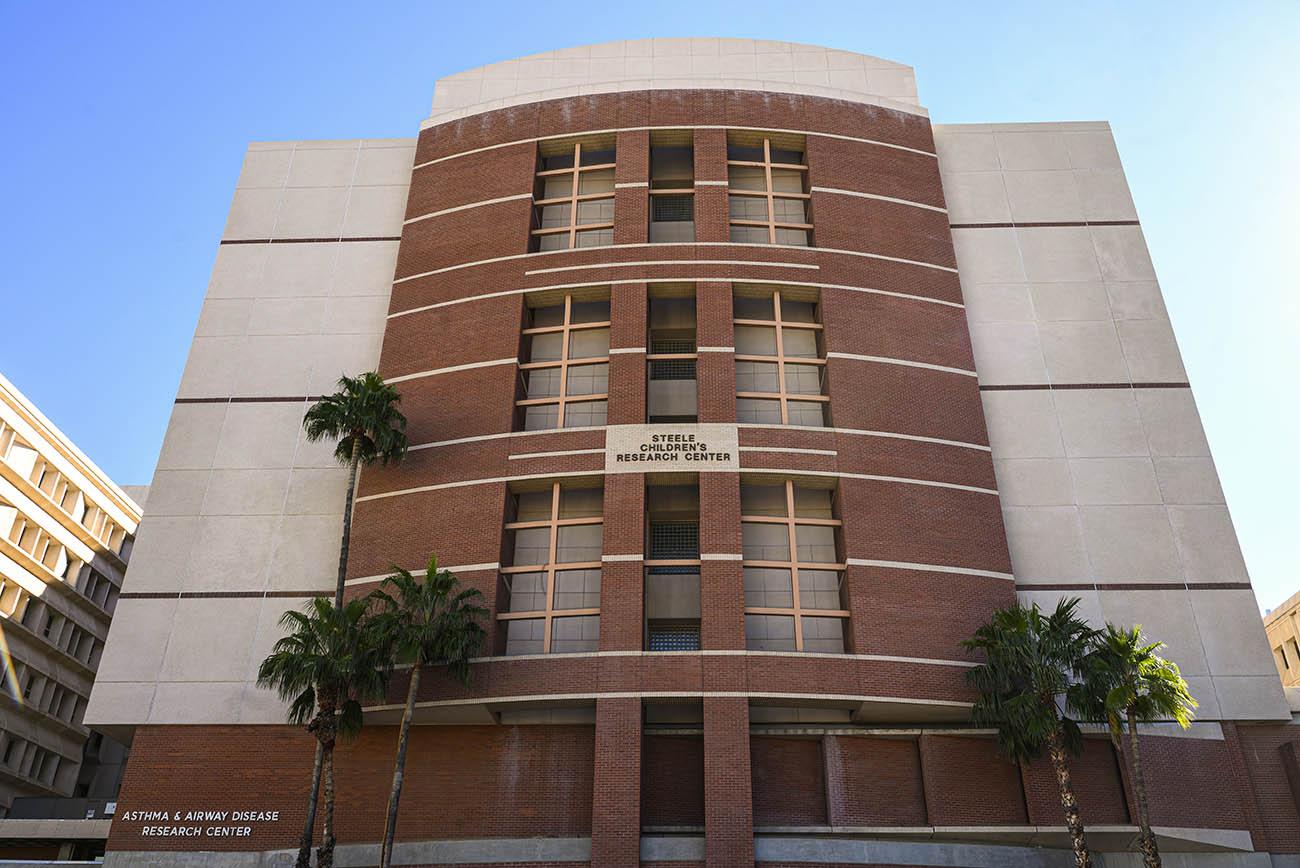 The $10 million gift is the largest made by the Steele Foundation, which has now provided approximately $21 million in support of medical research and learning initiatives at the University of Arizona.

“Our children deserve the best we can possibly give them, and this extends to pediatric healthcare, where new cell- and gene-based therapeutics hold immense potential to ease the toll of autoimmune diseases like lupus and Type 1 diabetes,” said Robert C. Robbins, MD, University of Arizona President. “The Steele Foundation has supported pediatrics research at the university for more than three decades, supporting kids whose steps forward will mean everything for our future society and world. The combination of private giving and public investment of the kind we announced from the state for CAMI today is truly transformative, for the Steele Children’s Research Center, for the kids and families who come to us for care, and for our entire health sciences enterprise.”

Arizona attorney Daniel Cracchiolo, who passed away June 1, was the founder and chairman of the Steele Foundation. Under his stewardship, the Steele Foundation distributed more than $100 million to beneficiaries in Arizona including his alma mater, the UArizona James E. Rogers College of Law, where he received his juris doctor in 1952 and where the Daniel F. Cracchiolo Law Library bears his name. In 1992, the Steele Foundation’s original investment of $2 million established the Steele Children’s Research Center, the first pediatric research center in Arizona, in honor of benefactors Horace and Ethel Steele. At the time, this naming gift was the largest commitment the foundation had ever made.

“CAMI will open new doors of discovery and advance precision medicine to improve health and human potential for even the youngest of people.”
Michael D. Dake, MD

“My dad was deeply loved and respected, a force of nature, and a die-hard Wildcat. In 1992, he helped establish a children’s research center bearing the Steele name, and this was deeply gratifying to him,” said Marianne Cracchiolo Mago, president and CEO of the Steele Foundation. “Today, it’s my dad’s turn to be recognized through the creation of the Daniel Cracchiolo Institute at Steele Children’s Research Center. The foundation is honored to be the first private philanthropic investment in CAMI. We were inspired by the mission and how it will complement the incredible work at the Phoenix Bioscience Core. It’s compelling to have pediatric and adult researchers collaborating under one roof and feels like a huge opportunity for CAMI to become a national model in research and discovery. As a proud alum, this experience with Dr. Ghishan and the University of Arizona Foundation has helped my family craft a beautiful tribute for an irreplaceable man.”

Dr. Ghishan, who is internationally recognized for his research in pediatric gastroenterology and nutrition, recalled his first encounter with Cracchiolo.

“When I first arrived in 1995 and met Dan Cracchiolo, then president of the Steele Foundation, I knew that the Steele Children’s Research Center was destined to be successful. And the friendship that grew between our families is something I will always treasure,” said Dr. Ghishan, who holds the Horace W. Steele Endowed Chair in Pediatric Research at the College of Medicine – Tucson.

“I remember fondly our visit to his home in Victoria, which solidified our relationship. Dan has supported the Steele Center from day one. His vision for science was futuristic and he believed that only through scientific discovery can we improve the lives of children," he added. "I am forever grateful for his friendship, generosity and support. Marianne’s leadership truly demonstrates that she is her father’s daughter.”

“We are incredibly grateful for the Steele Foundation’s longtime relationship with the university, and we are proud to steward its gift as part of its philanthropic legacy,” said John-Paul Roczniak, president and CEO of the University of Arizona Foundation. “The Steele Foundation’s generosity will continue to ensure we can provide the best state-of-the-art care for children in Arizona.”