Elishia Thompson developed an interest in medicine when he was 10 years old, following the death of his mother. The devasting loss planted a seed for Thompson, who realized the power of medicine as a means of helping people live longer and healthier lives.

Kate Anderson never intended to be a physician; instead, she became a mother at 15, worked as a nursing assistant and earned a degree in nutrition from Arizona State University.

The two took separate paths to get to the University of Arizona Health Sciences, but they now are blazing similar trails. Thompson and Anderson – both Black – are among a group of seven second-year medical students from populations underrepresented in medicine who were selected to participate in the Summer Oncology Internship program organized by the American Society of Clinical Oncology (ASCO). 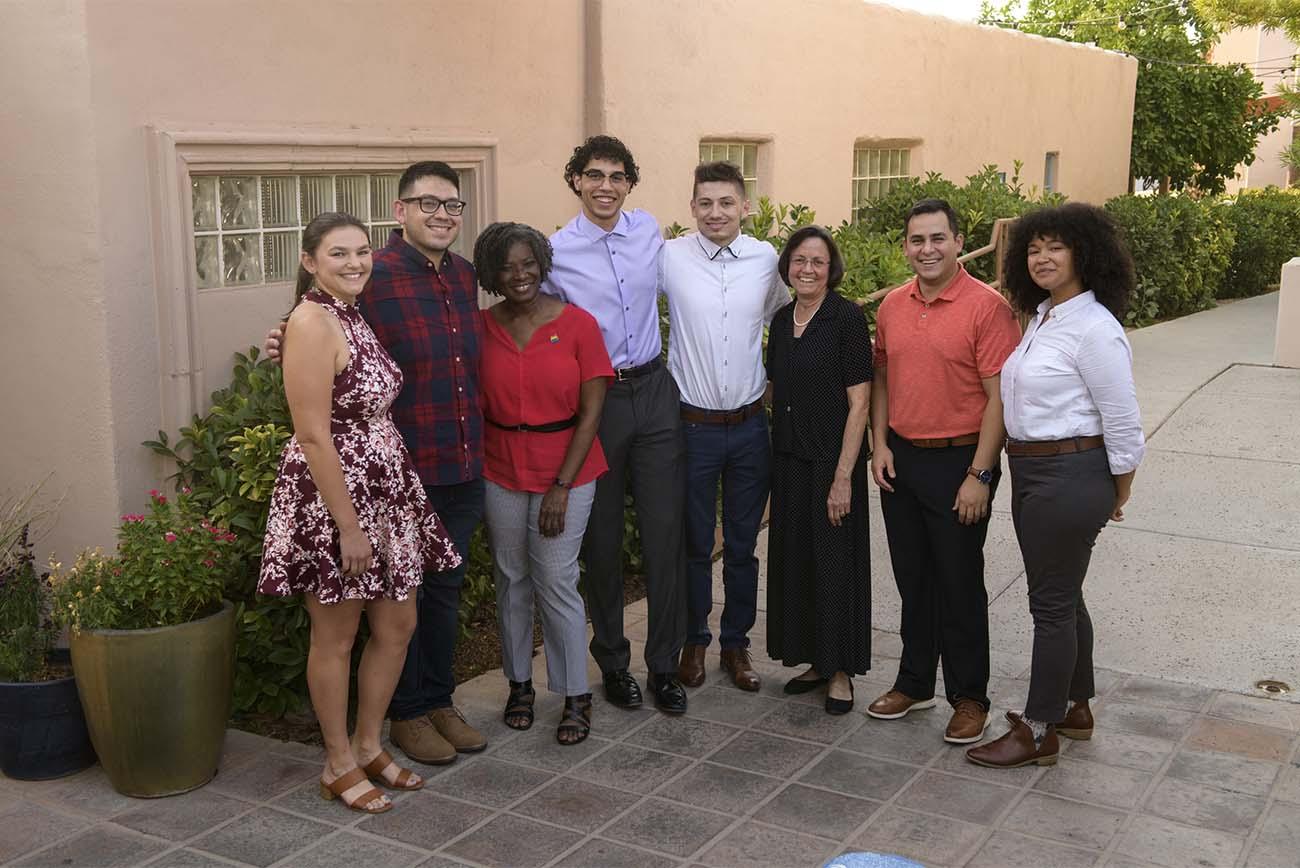 “I want to help fix the problem we have of our physicians not reflecting our populations,” Thompson said.

“Having diversity around the table expands the solutions that we can come up with," said Victoria Murrain, DO, vice dean of diversity, equity and inclusion at the UArizona College of Medicine – Tucson. "Someone whose experiences are different may be able to guide us to another way of looking at things.”

Early exposure to specialized fields such as radiation oncology or surgical oncology is rare, especially before medical students begin their clinical rotations in their third and fourth years. The ASCO summer oncology internship program was designed to introduce the field of clinical oncology to students like Thompson and Anderson who are from segments of the population that are underrepresented in medicine. 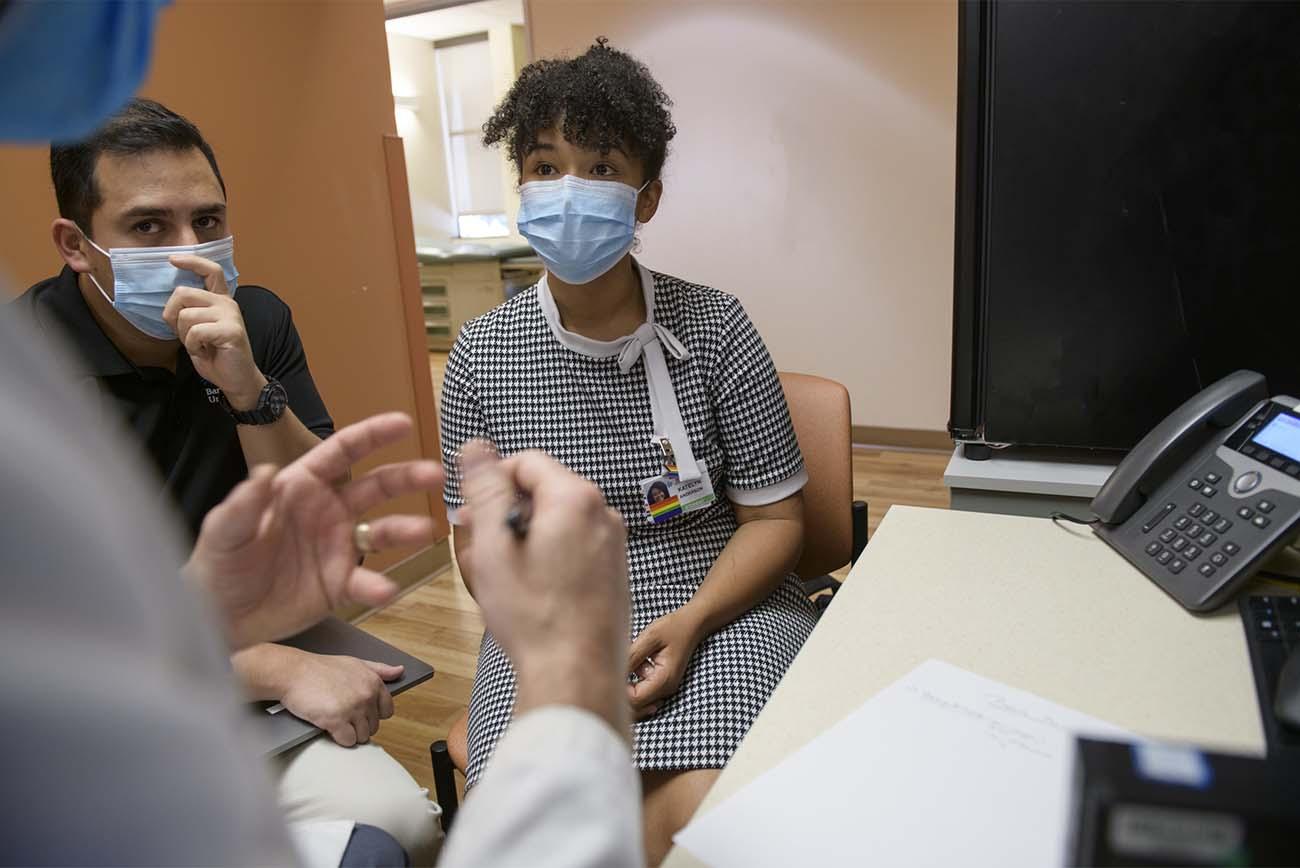 “For first-generation physicians who come from an underrepresented background, a lot of us funnel straight into family medicine,” Anderson said. “It’s what we are familiar with and it’s the only way we see that we can give back to our communities.”

But as Anderson and her peers discovered throughout the internship, there is a critical need to diversify all areas of medicine, particularly oncology.

Pavani Chalasani, MD, an associate professor at the UArizona College of Medicine – Tucson and a noted translational breast oncologist, was one of the mentors who participated in the program. She met with students individually during lunches to learn about their medical interests and to answer questions. She also invited students to shadow her in clinic during afternoon sessions.

“If they don’t know what is available to them, they will never consider it,” Dr. Chalasani said.

Working toward a common goal

The UArizona College of Medicine – Tucson, in coordination with the UArizona Cancer Center, was one of five medical schools across the country to host the inaugural internship. Margaret Briehl, PhD, associate director of cancer research training and education coordination, worked with ASCO to bring the program to UArizona Health Sciences. 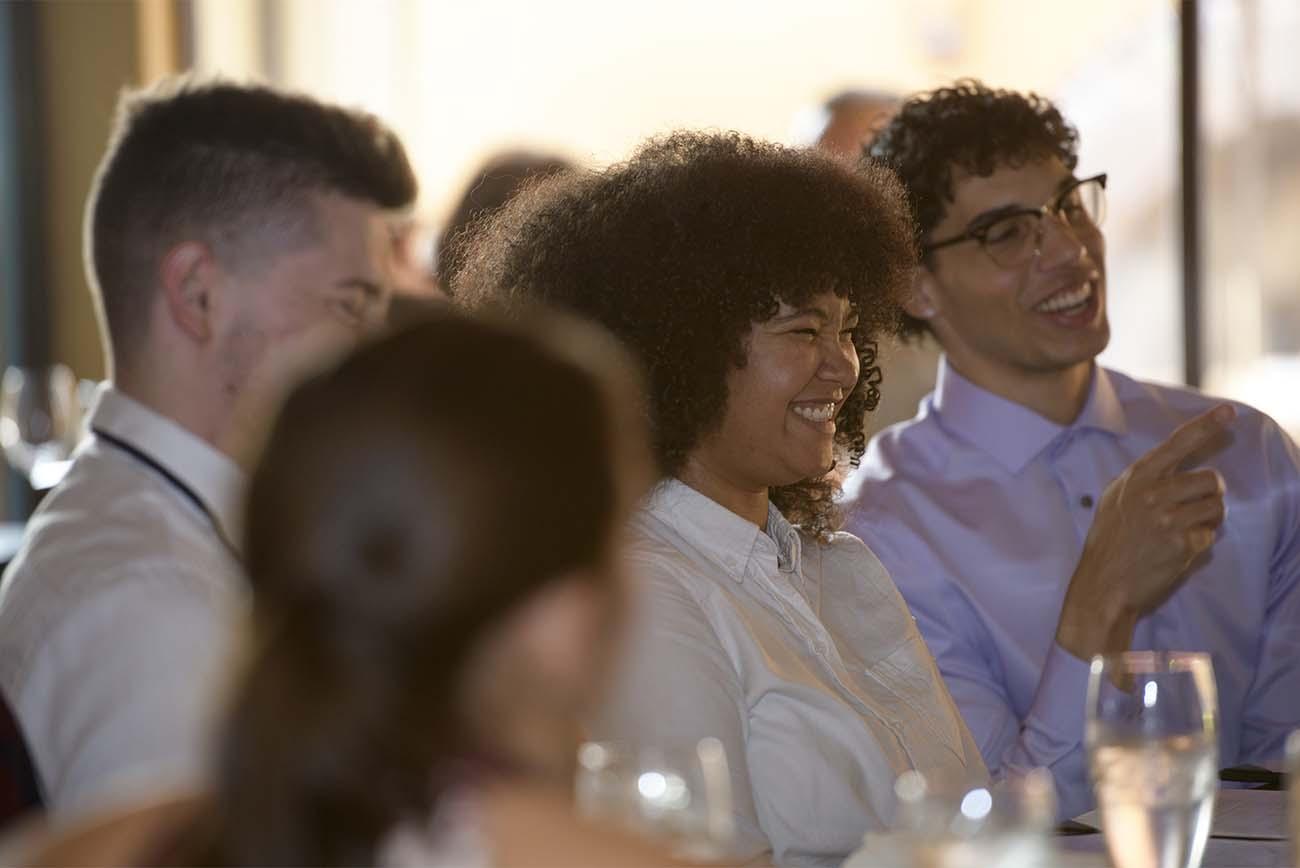 “As a National Cancer Institute-designated comprehensive cancer center, one of the things we do is coordinate cancer-related activities across Health Sciences,” Dr. Briehl said. “The ASCO Oncology Summer Internship was a perfect opportunity for us to introduce these students to our oncology faculty and researchers.”

The four-week program featured carefully crafted education, mentoring and networking opportunities. Each morning, students logged into virtual education seminars and mock tumor boards hosted by ASCO and led by national leaders in oncology. A tumor board is a group of health care providers with different specialties that meets regularly to discuss cancer cases.

In the afternoon, the students shadowed clinicians and researchers to see first-hand how oncology concepts were applied in the clinical setting. Group lunches, dinners and other social events held in the evenings created a sense of camaraderie within the group.

“It was like team-building for us,” Anderson said. “It’s when we could really connect with each other and understand that we are working toward a common goal even though our backgrounds, interests and perspectives are all different.” 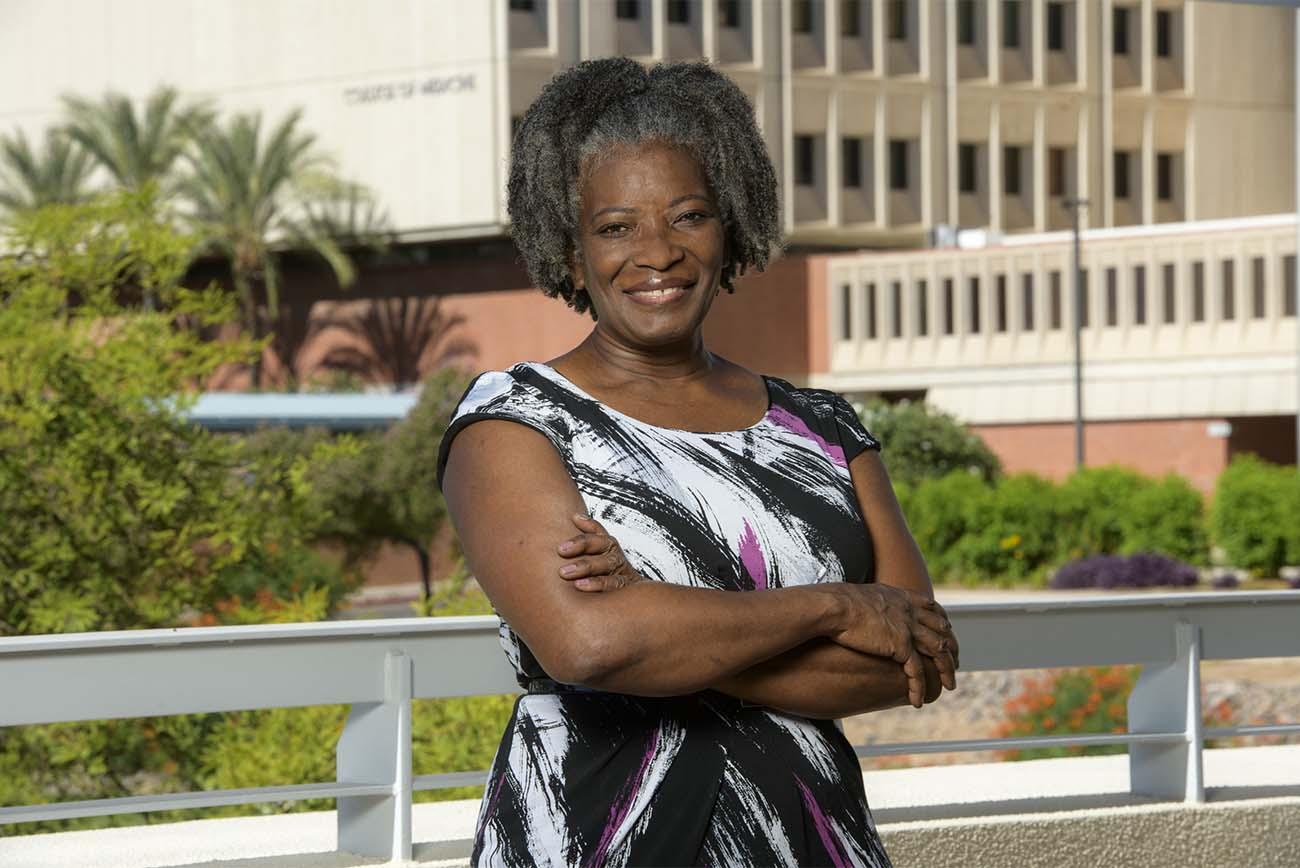 The internship marked the first time Anderson stepped into an oncology clinic. Her only prior personal experience with oncology was a painful one – when a family member was diagnosed and later died from late-stage lung cancer. Anderson quickly realized that while a cancer diagnosis is difficult for anyone, an oncologist has a responsibility to help patients through every phase of their care.

“I could not believe the amount of hope, joy and laughter in an oncology clinic,” said Anderson. “I was thinking it was going to be dreary or somber, but I was so impressed with the providers who themselves are cheerful and excited to do everything they can for their patients.”

Thompson said he had a newfound perspective on cancer care, too. 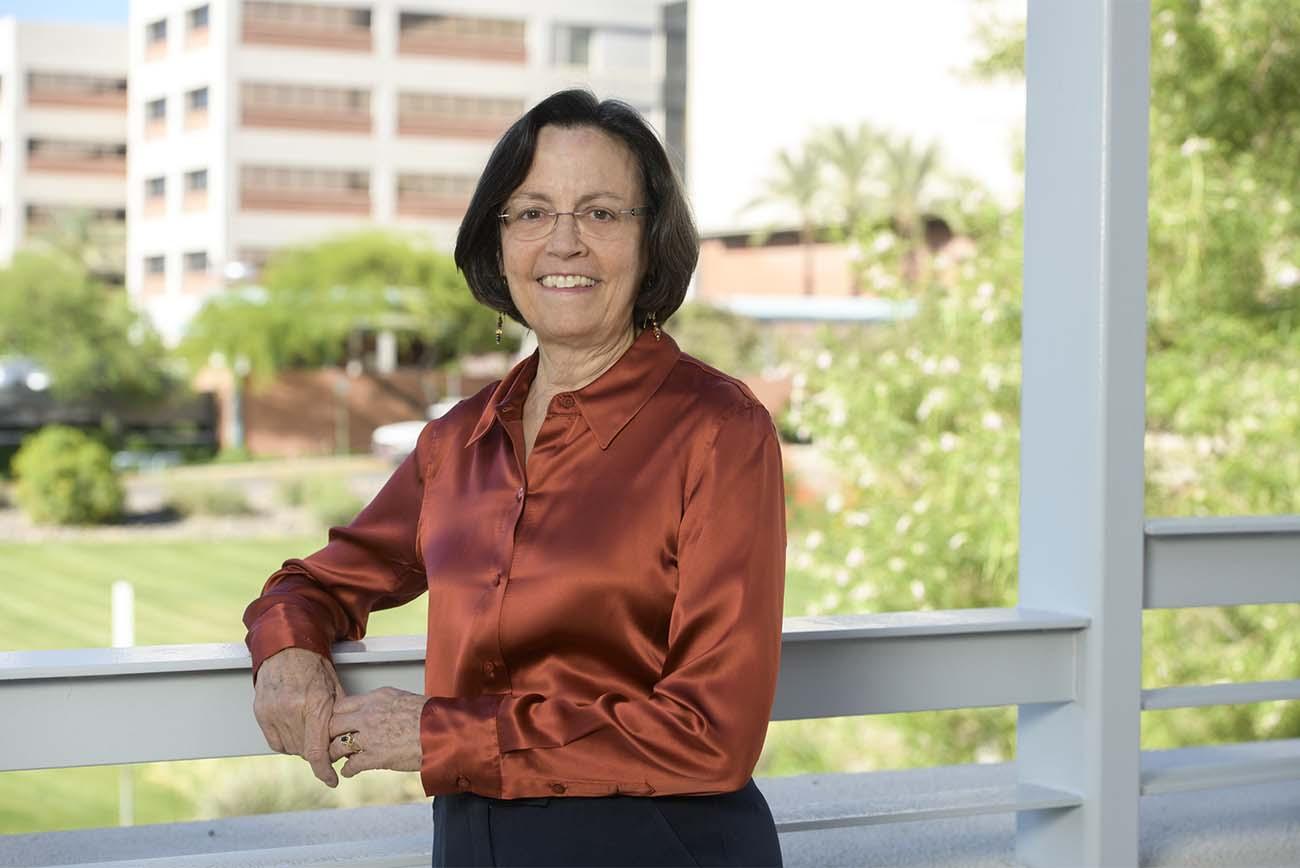 "Cancer is a word that is so closely associated with death,” Thompson said. “Not only death, but something you can't do anything to prevent or treat. And that is not the case at all. The patients all have their own values in life, their own stories. Their cancer may present differently in one person than others with the same cancer, and they may have different goals for care.”

UArizona Health Sciences and ASCO share a common goal – to ensure health care providers who are treating patients represent all populations and backgrounds, helping to create comfort and trust during a difficult time in a patient’s life.

“Students who are underrepresented in medicine connect on a more intimate level with patients who also are from underrepresented populations,” Dr. Murrain said. “These students also demonstrate a commitment to work in and return to communities that are similar to the ones in which they grew up. That is a strategic goal of ours – to mirror the populations in the state of Arizona through our physician workforce.