A test developed by UArizona Health Sciences will screen 250,000 health care workers and first responders for immunity to the novel coronavirus.
April 30, 2020 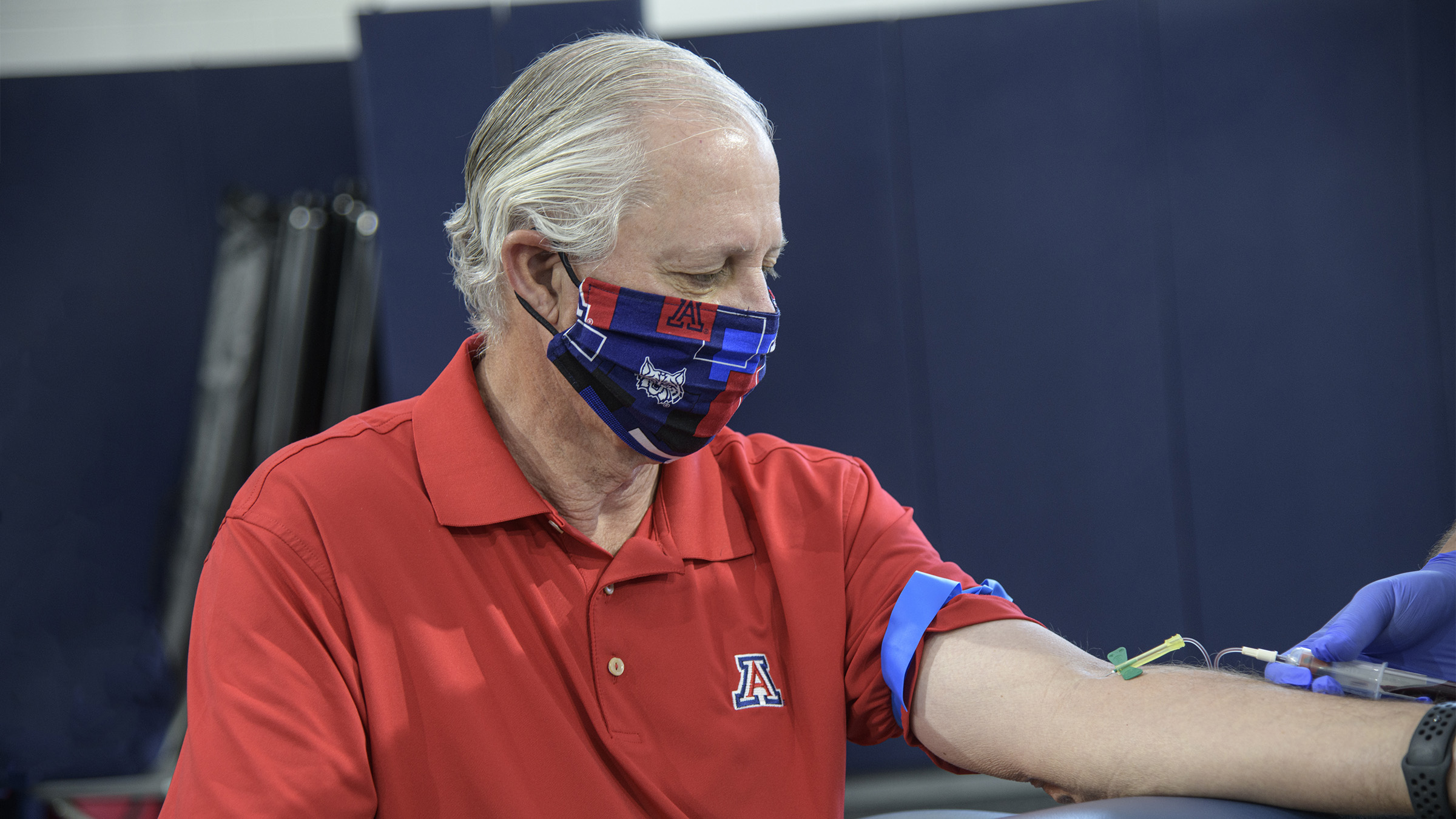 University of Arizona President Robert C. Robbins, MD, became one of the first of 4,500 people to have their blood drawn over the next several days for a COVID-19 antibody test that was produced in a UArizona Health Sciences laboratory.

His blood draw on April 30, followed by a press conference where he announced classes will resume in a modified manner on campus in the fall, took place at one of six sites around Tucson where health care workers, first responders and a segment of the general population will have their blood drawn to determine who has developed antibodies against the virus that causes COVID-19.

Dr. Robbins commended the achievements of UArizona researchers and Health Sciences leadership in the battle against the novel coronavirus, including the production of thousands of sample collection kits, development of respirator masks and low-cost ventilator prototypes, and a variety of other initiatives and programs, including the antibody test itself. 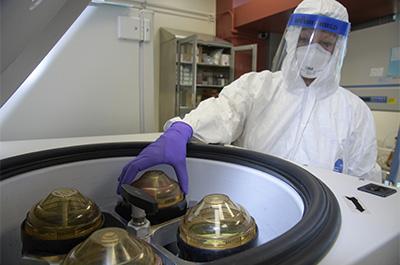 In all, 3,000 of these essential frontline workers in Pima County will be tested over the next several days as the first phase of a UArizona-State of Arizona partnership. The tests will lay the foundation for successful implementation of testing for more than 250,000 health care workers and first responders throughout Arizona. The state is providing $3.5 million to that end.

Using separate funding, about 1,500 members of the general public in Pima County, including university students currently residing on campus or in the county, also will be tested to provide a measure of comparison to the health care worker and first responder groups.

Testing will expand in May to other health care workers and first responders across the state.

The university also will provide antibody blood testing for the remaining majority of its 45,000 students and 15,000 employees with separate funding. Plans for that testing are still being finalized.

The tests will enable the University to have a sense of the virus’s impact and spread in the university community, Dr. Robbins said at the press conference.

“We are working with local and national experts to create best-in-class strategies to reopen the campus,” Dr. Robbins said. "Our plan is to test, trace and treat to present our campus community a flexible and adaptive teaching and learning environment.”

Antibodies are produced by our immune systems about a week after infection. 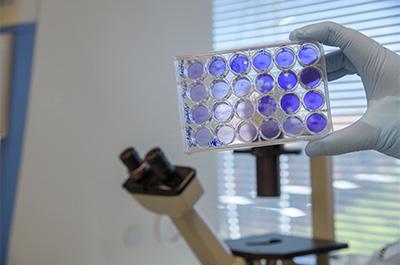 The COVID-19 antibody tests build upon the work of UArizona Health Sciences researchers Deepta Bhattacharya, PhD, associate professor in the College of Medicine – Tucson’s Department of Immunobiology, and Janko Nikolich-Žugich, MD, PhD, professor and chair of the department.

“Antibodies are proteins that float in our blood,” said Dr. Nikolich-Žugich, who also is co-director of the UArizona Center on Aging. “Good antibodies attach to the virus and whisk it away, preventing it from binding to our cells and getting inside.”

Current estimates show that as many as 50% of people who have been exposed to the virus have experienced few to no symptoms and could have been unwittingly transmitting the virus in the community.

The initial wave of tests will reach health care workers and first responders, whose increased exposure to pathogens puts them at higher risk for infection.

“We’re going to be the first to undertake statewide testing of all health care workers and first responders.”Michael D. Dake, MD, University of Arizona senior vice president for Health Sciences

“We’re going to be the first to undertake statewide testing of all health care workers and first responders,” said Michael D. Dake, MD, the university’s senior vice president for Health Sciences. “This is critical to understanding what current immunity might be in our community and state, and it’s something no one else is doing.”

When determining the dates to begin offering testing, the university attempted to strike a balance between providing health care workers with this crucial information quickly and waiting until the pandemic’s spread in Arizona has peaked — which models indicate may occur in late April or early May.

“We are trying to give people an understanding of their condition as soon as possible. On April 30, we will start the process in Pima County by testing 4,500 people, then on May 7 we will expand testing statewide to cover 250,000 health care workers and first responders,” Dr. Dake said. “With the funding from the state, we now have the opportunity to look at the entire state and inform the rest of the country of the prevalence among these vulnerable workers.”

The road ahead: Pushing for knowledge

With so few people receiving the COVID-19 swab test so far, there is little data on exactly how hard the virus has hit the state. 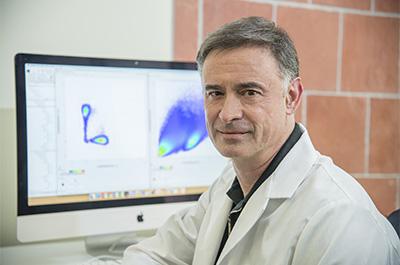 Health care providers and first responders, whose jobs put them directly in the virus’s line of fire, especially need a better understanding of their exposure to the virus and their immunity to it.

“We expect it’s going to be eye-opening,” Dr. Nikolich-Žugich said. “We certainly expect that exposure to the virus among front-line health care workers and first responders is going to be significantly higher than the general community.”

“This is a great opportunity to participate in something that will add to understanding the virus across the whole country, if not the world,” Dr. Dake added. “People are literally working 24/7 to get this project up and running — pushing, pushing, pushing.”

If you are a health care worker or a first responder who lives in Pima County, visit the COVID-19 antibody testing webpage for more information.