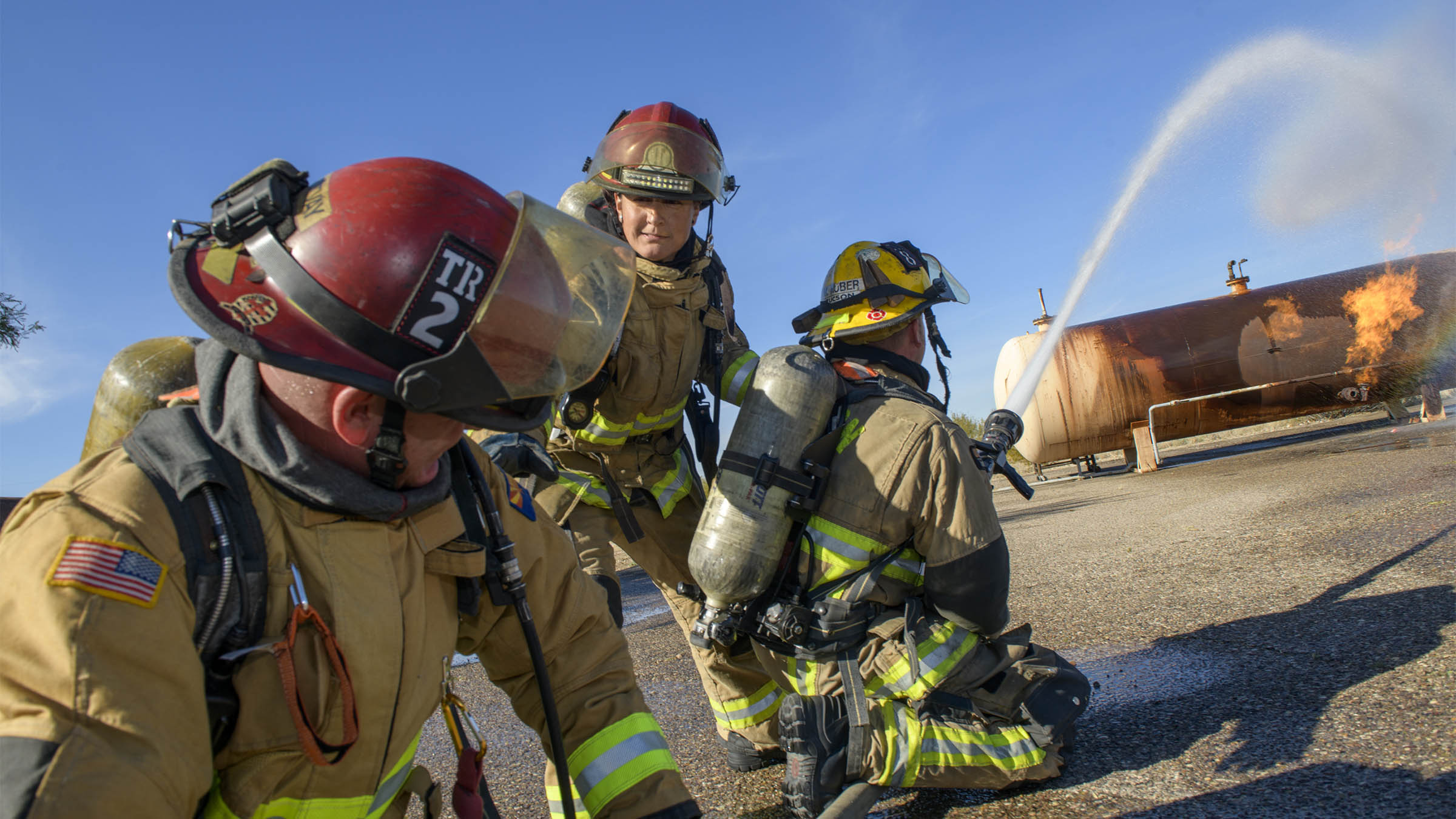 A new study led by researchers at the University of Arizona Mel and Enid Zukerman College of Public Health identified changes in the cellular mechanisms controlling gene expression, called epigenetics, that may contribute to an increased risk of diseases including cancer in firefighters. 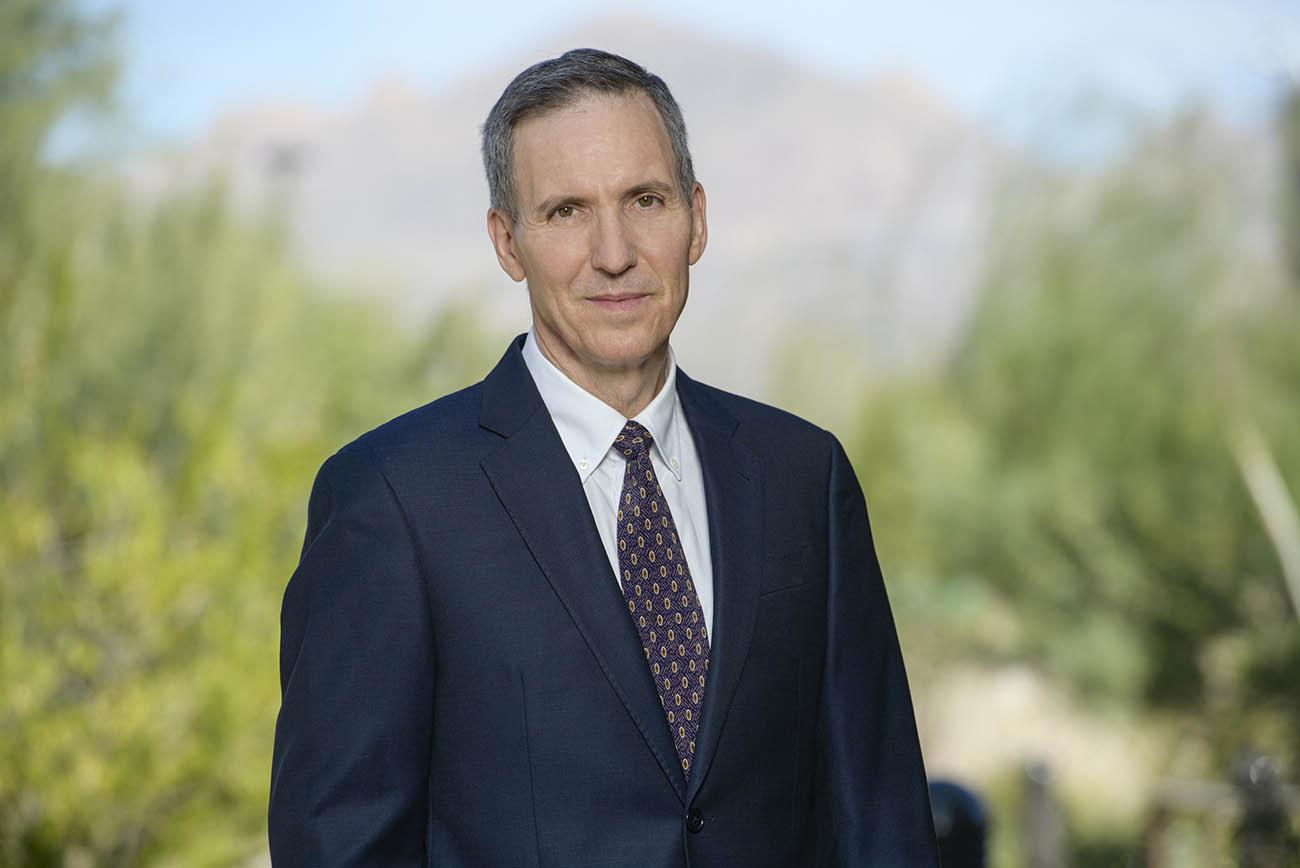 Jeff Burgess, MD, MS, MPH, professor of public health, led a research team that found changes in DNA methylation after multiple fire exposures. The discovery offers a potential mechanistic link between occupational hazards and adverse health outcomes.
“This is significant new data for firefighters,” Dr. Burgess said. “We have known there is a higher incidence of cancers among firefighters, and this research potentially shows us the mechanism through which the exposures that firefighters face on the job lead to increased health risks.”

The paper, “Repeat measures of DNA methylation in an inception cohort of firefighters,” was published in the journal Occupational & Environmental Medicine.

Dr. Burgess’s prior research found that DNA methylation, an epigenetic regulator, responds to hazardous environmental exposures including those faced by firefighters. Epigenetic regulators are modifications to DNA that control whether genes are turned on or off. The resulting epigenetic changes act as biomarkers and reflect subtle biological changes that contribute to subsequent disease risk and development.

In this study, Dr. Burgess and the team obtained blood samples from 50 non-smoking new firefighter recruits prior to their first live fire training and again 20-37 months later. In the latter samples, they found DNA methylation alterations at 680 different sites on the genome, many of which were in genes related to cancers, immune and neurological function and other disease pathways including cardiovascular disease.

“We do not know yet whether these alterations will lead to cancer,” said Jaclyn Goodrich, PhD, research assistant professor of environmental health sciences at the University of Michigan School of Public Health and first author on the paper. “Even so, this study is an important step in understanding the biological pathways that could underlie these risks.”

Researchers found that the epigenetic changes were not dependent on the amount of time elapsed since a firefighter’s last fire exposure. Additionally, a quarter of the altered sites were associated with cumulative number of fire runs and/or time spent at fires since the baseline visit, suggesting the changes reflect cumulative exposures. This is potentially evidence of an epigenetic mechanism underlying multiple adverse health outcomes firefighters face after years on the job.

Diseases linked to chronic firefighting exposures may take decades to develop, so it is difficult to accurately measure health risks and to implement appropriate prevention and intervention strategies to protect firefighter health given this long timeline, the authors said.

“DNA methylation at these genes could be developed as a biomarker in firefighters to inform occupational health risk assessment in an effort to protect firefighter health,” Dr. Goodrich added.

In 2010, the International Agency of Research on Cancer, part of the World Health Organization, designated the firefighting occupation as a Group 2B carcinogen, meaning it is possibly carcinogenic to humans, and studies have shown firefighters are exposed to numerous agents that are considered known or probably carcinogens.

In addition to Drs. Goodrich and Burgess, co-authors include Shawn Beitel, MSc, Melissa Furlong, PhD, Alesia Jung, PhD, and Sally Littau from the Zuckerman College of Public Health and John Gulotta and Darin Wallentine from the Tucson Fire Department.