One postdoctoral researcher is focusing her work on the complex interactions between infection-causing pathogens and the bacteria that live in the body.
September 22, 2022 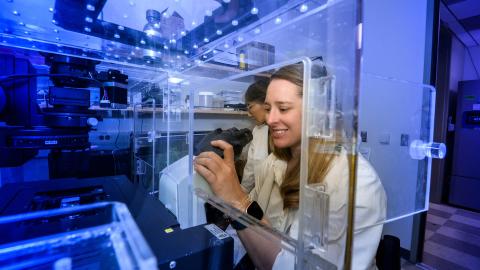 Kate Rhodes, PhD, is studying the interactions between the female reproductive tract microbiota and the bacterial pathogen that causes gonorrhea.

Many people hear about gonorrhea, one of the most common sexually transmitted infections in the United States, for the first time in a sex education class in school. They might know the infection can live silently inside the female reproductive tract, leading to complications like ectopic pregnancies, infertility and pelvic inflammatory disease. 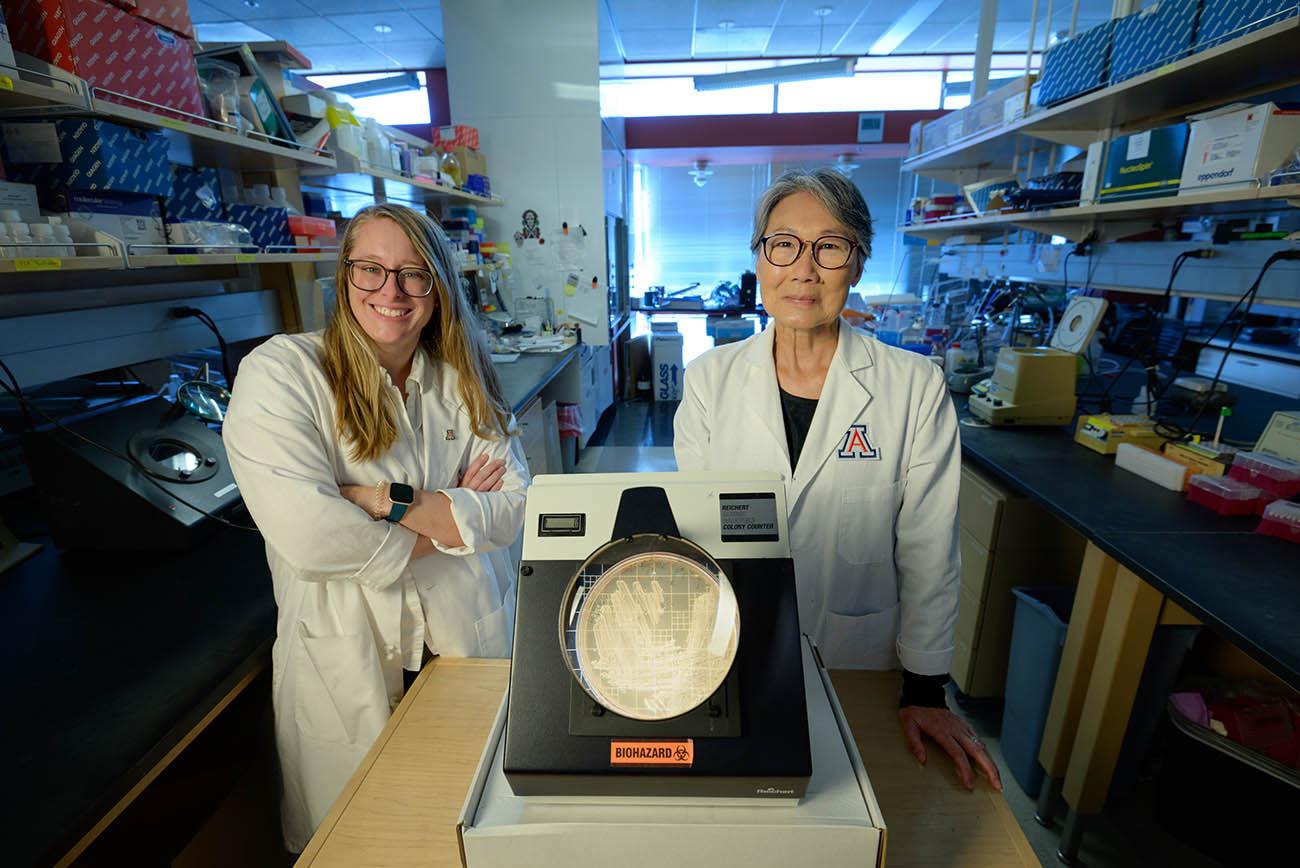 One topic that is not covered in sex ed, though, is the complex interaction that takes place between the pathogen Neisseria gonorrhoeae and the different types of bacteria inside the vagina and cervix. The bacteria that live in the lower reproductive tract may predispose someone to infection or they might prevent an infection from taking hold. That interplay between the pathogen and the host environment is what postdoctoral fellow Kate Rhodes, PhD, is researching as part of Personalized Defense, a strategic initiative at the University of Arizona Health Sciences.

“You have to figure out why things are happening the way they are and what is driving those mechanisms,” Dr. Rhodes said. “That has to happen before you can come up with a treatment later on.”

Bacteria live throughout the body, including in the female reproductive tract, and contribute to the microbiota, the system of microorganisms present in the human body. The living microorganisms that make up a healthy vaginal and cervical microbiota are not the same for every person, but an optimal community is characterized by having a large amount of Lactobacillus crispatus. Dr. Rhodes says the environment created by these bacteria can be the first line of defense against a pathogen like N. gonorrhoeae. 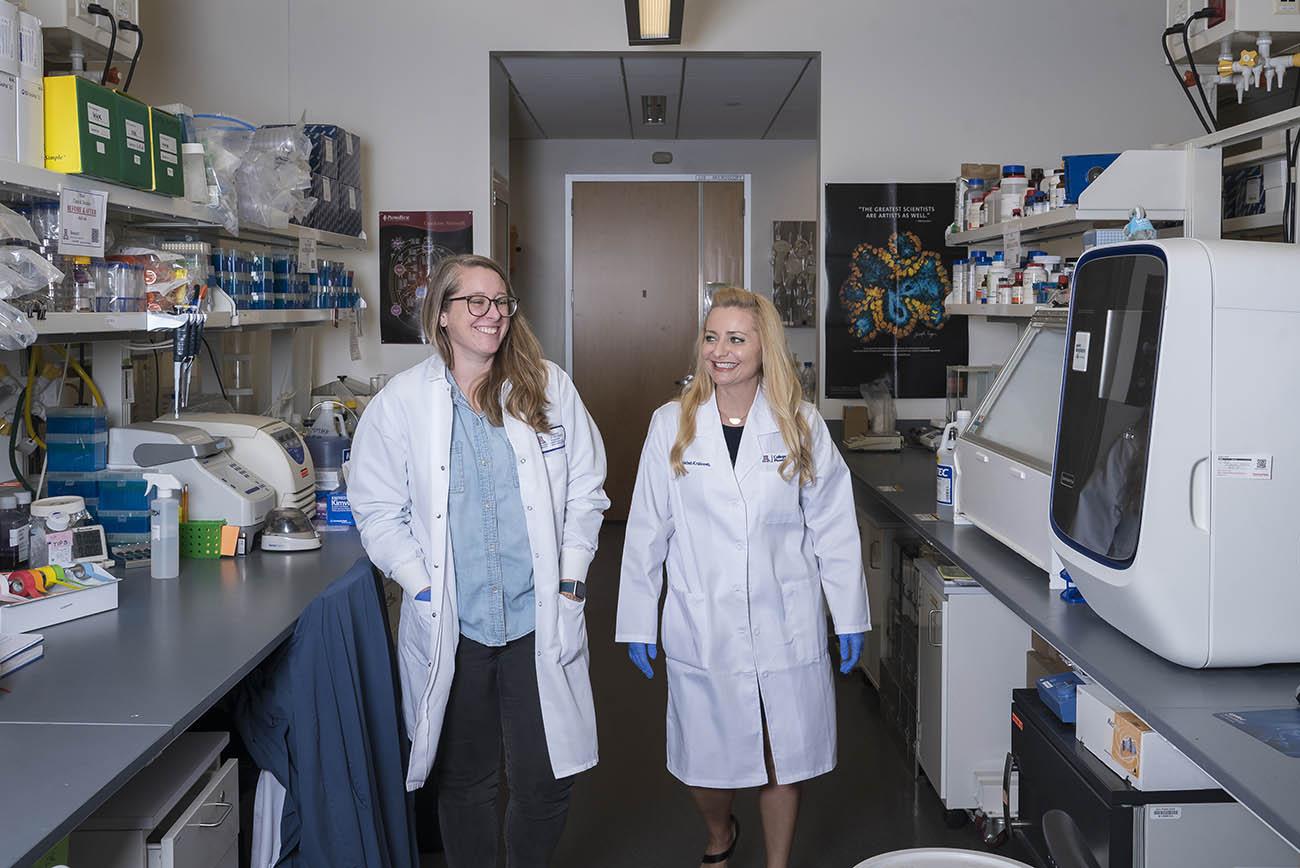 Conversely, bacterial vaginosis is characterized by lactobacilli being depleted and replaced by different kinds of anaerobic bacteria. This environment may increase the risk of infection.

“On one side of the spectrum, you have low inflammation and a lactobacillus dominant community, and then on the other end, you have this really complex community and inflammation,” Dr. Rhodes said. “This environment could be setting the stage to be more predisposed to infection if you come into contact with things like gonorrhea, chlamydia or HIV.”

One of the premier labs to study N. gonorrhoeae and other bacteria belonging to the Neisseria genus is run by Dr. Rhodes’s mentor Magdalene So, PhD, in the College of Medicine-Tucson’s Department of Immunobiology.

“In the past, we studied N. gonorrhoeae in isolation because the techniques weren't there to do anything else,” said Dr. So, who is a member of the BIO5 Institute. “This project takes things further by examining the role of the microbiota and the immune response, as well as the interaction with harmful microbes.”

To better understand how N. gonorrhoeae reacts to the environment it enters, Dr. Rhodes is working with  Melissa M. Herbst-Kralovetz, PhD, associate professor in the Department of Basic Medical Sciences and director of the Women’s Health Research Program at the UArizona College of Medicine-Phoenix.

In her lab, Dr. Herbst-Kralovetz pioneered the development of three-dimensional versions of the cellular tissue found in the organs of the female reproductive tract to study host-microbe interactions. She and her research team also grow and study the “good” bacteria that play an important role in the health of the system. 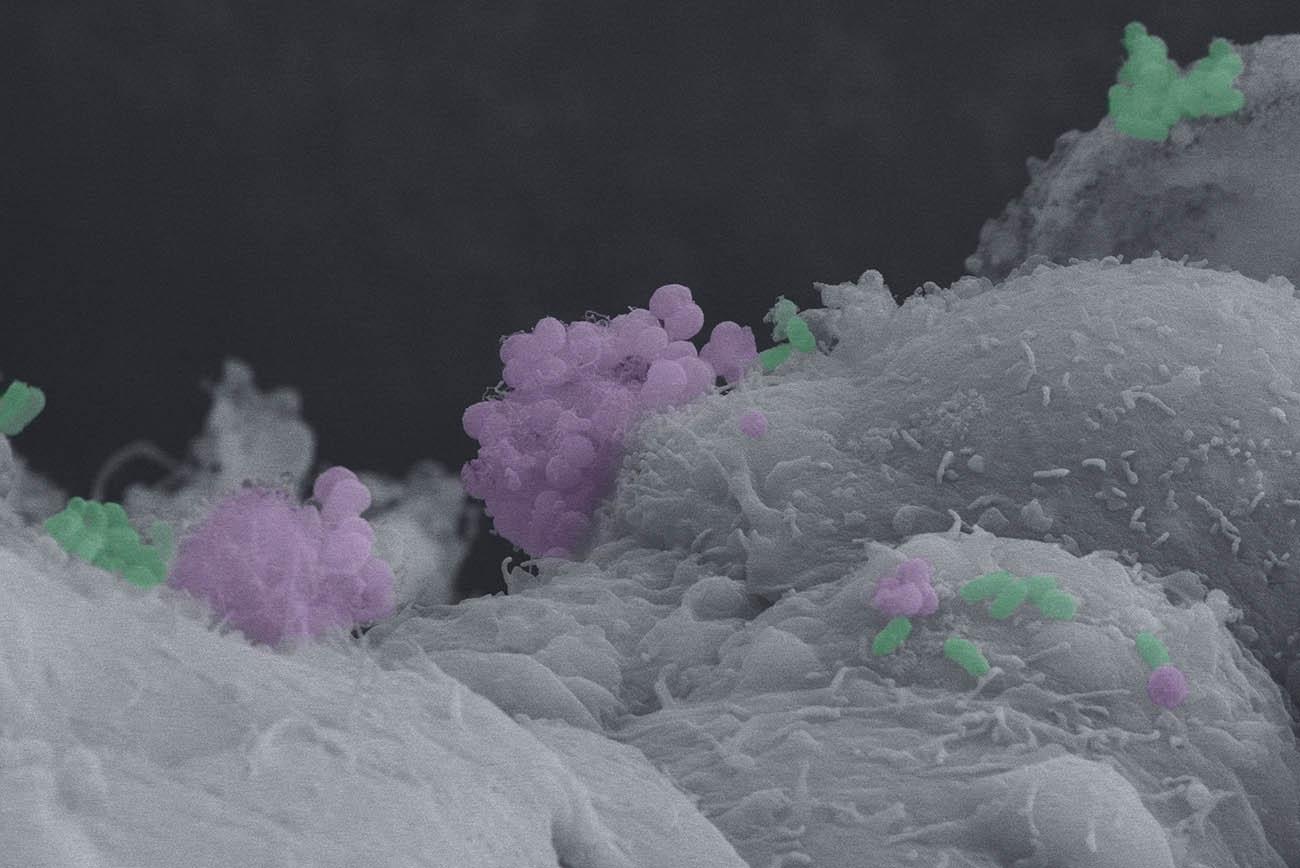 “Dr. Rhodes works closely with a brilliant bacteriologist on my team,” Dr. Herbst-Kralovetz said. “She and Dr. Pawel Laniewski cultivate the bad and good bacteria in my lab and generate the 3D aggregates for her experiments.”

Dr. Herbst-Kralovetz’s work on the tissue model system and the impact of different microbiota species on those tissue environments spans more than a decade. The Herbst-Kralovetz Lab spends 28 days growing the tissue aggregates and preparing the environment before Drs. Rhodes and So can perform their experiments.

Dr. Rhodes bridges the gap between the two laboratories. She exposes the tissue and different microbiota to the pathogen, then transports the samples back to Dr. So’s lab for analysis.

“One of the things that Dr. Rhodes is looking at is the biogeography of how these bacteria are working in conjunction with one another – how these bacterial vaginosis-associated organisms are creating a biofilm, and then that interaction with N. gonorrhoeae,” said Dr. Herbst-Kralovetz, who is also a member of the BIO5 Institute. “We're able to then start to look at how does a key vaginal sexually transmitted infection pathogen react in the environment? Ultimately, we want to translate these findings to who is most susceptible to infection and experiencing poor outcomes.”

Dr. Rhodes uses bioinformatics to observe the behavior of N. gonorrhoeae as it struggles to find a niche in the healthy environment or finds an easy path to infection in the unhealthy environment. This could include looking at what genes are expressed and what proteins are produced. 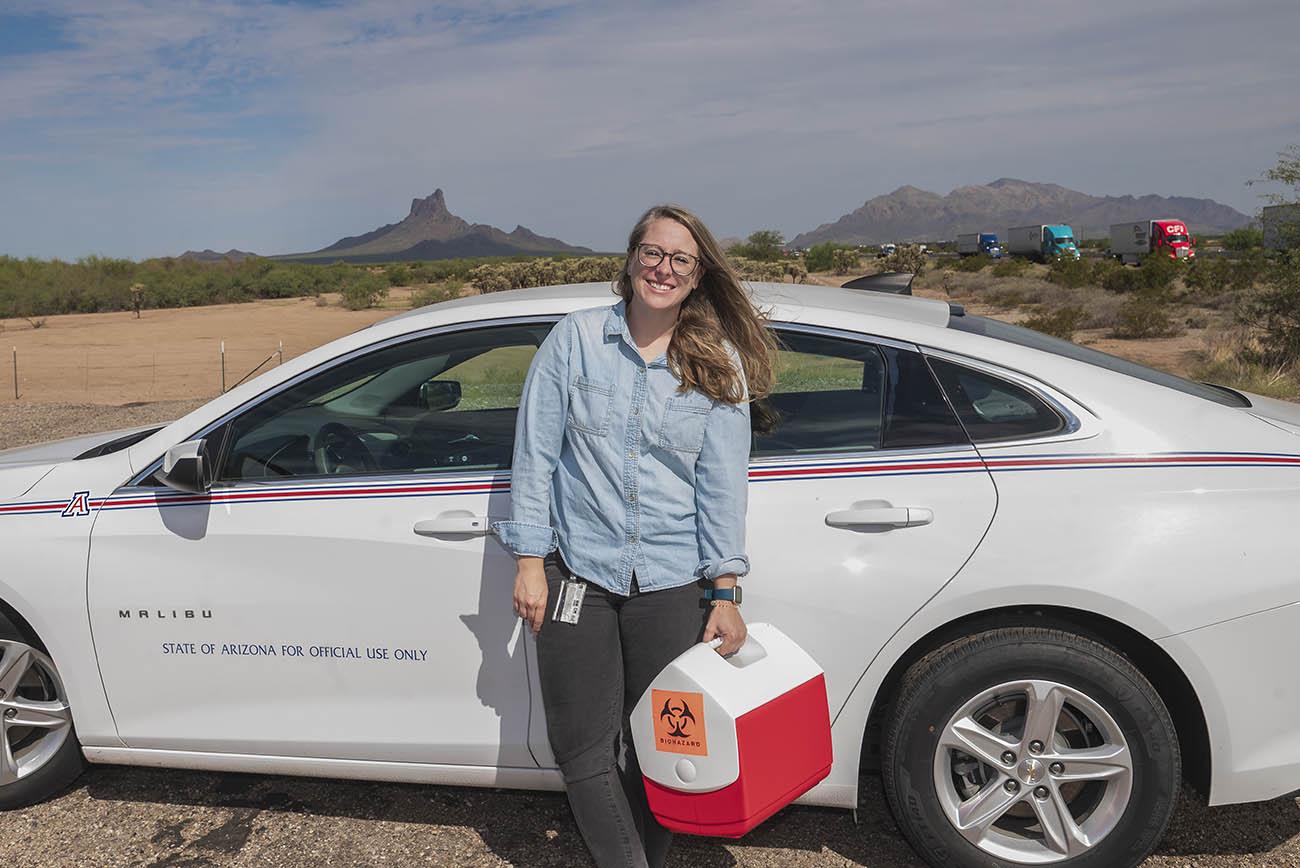 As the three scientists search for ways to create better defenses against diseases such as gonorrhea, Dr. Herbst-Kralovetz points to the research as an exciting example of what can happen when people collaborate.

“We can learn from her, and she can learn from us,” Dr. Herbst-Kralovetz said of Dr. Rhodes. “It maximizes our resources, too, so she doesn’t have to try to repeat everything we have here in Phoenix down in Tucson. It has been incredibly valuable for all of us.”

Harnessing the Power of Bioinformatics to Advance Research